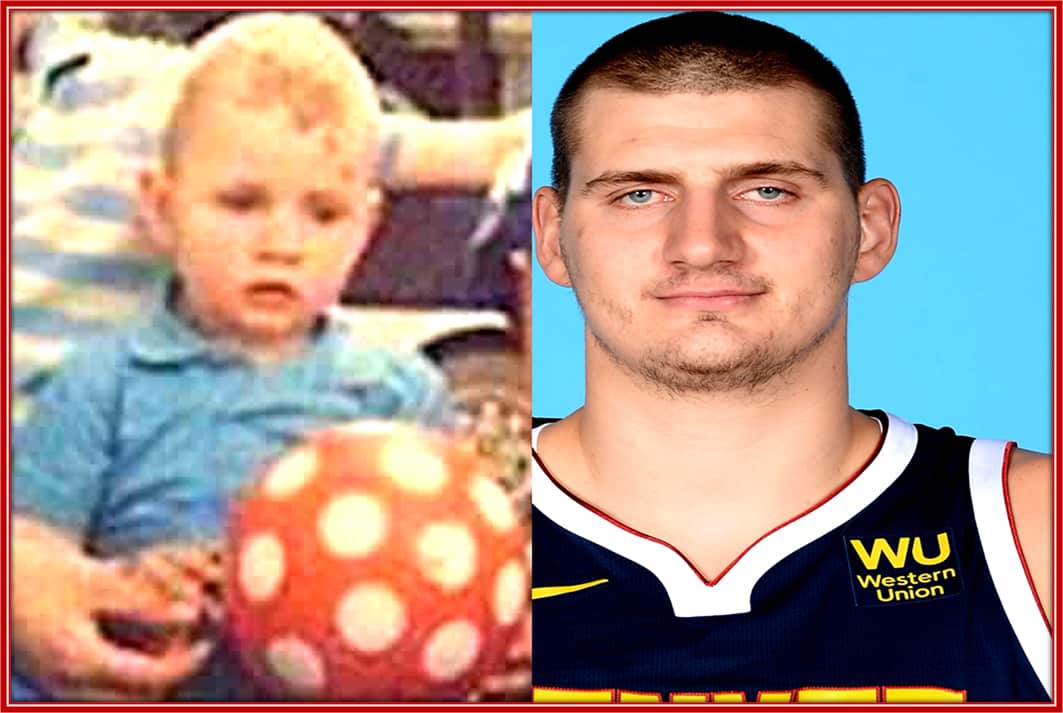 The Biography of Nikola Jokic tells you Facts about his Childhood Story, Early Life, Parents, Family, Wife, Lifestyle, Net Worth and Personal Life.

In the nutshell, we’ve prepared his journey from when he was a kid, to the moment of becoming famous. To whet your autobiography appetite, checkout cradle to the rise gallery — a clear summary to Nikola Jokic’s Bio.

Yes, everyone is aware he is a unique superstar who has something special that sets him apart from other NBA superstars.

Despite the accolade, only a few fans have come across concise versions of his Life story. We’ve prepared it and without further ado, let’s begin.

For Biography starters, he bears the nickname ‘The Joker’. Nikola Jokic was born on the 19th day of February 1995 to his father, Branislav Jokic, and a look-alike mother, at Sombor, a city in Serbia.

The Serbian basketballer is one of three siblings born of the union between his parents. Now, let’s introduce you to Nikola Jokic’s Dad (Branislav) and Mum.

Upon his birth, they gave him the name ‘Nikola’ which in English translation means Nicholas. From a religious standpoint, he was born into an orthodox Christian family.

The Sombor native grew up as the baby of his household. He is the youngest child born to his parents, with two elder brothers who are big fans of basketball. Behold, Nikola with his older siblings Strahinja Jokić and Nemanja Jokić.

Having gotten raised in a small town in the northwest of Serbia, Nikola Jokic spent plenty of sweet moments riding horses. Back then, basketball never caught his fancy.

The idea of his destiny came naturally all thanks to his height. Back then, Nikola Jokic’s parents became amused at the way he grew extremely tall.

While he was a child, they perceived he might do well in basketball, hence convincing him to give it a try. Back then, Branislav will diplomatically drag him to play the B-Ball but at his son’s terms.

Staying in Denver under his NBA line of work doesn’t mean he comes from the US. Nikola is of Slavic lineage, and he is a Serbian of white ethnicity. To assist your knowledge of this section, here is an outline establishing his family origin.

Nikola Jokic started his basketball career early and did not trade it for formal education. Early on, his mum and dad ensured the squeezing of hours so he can engage in basketball even while in school.

As a sign of his achievements, the school he went to now honours him with the piece of his artwork painted at their entrance. 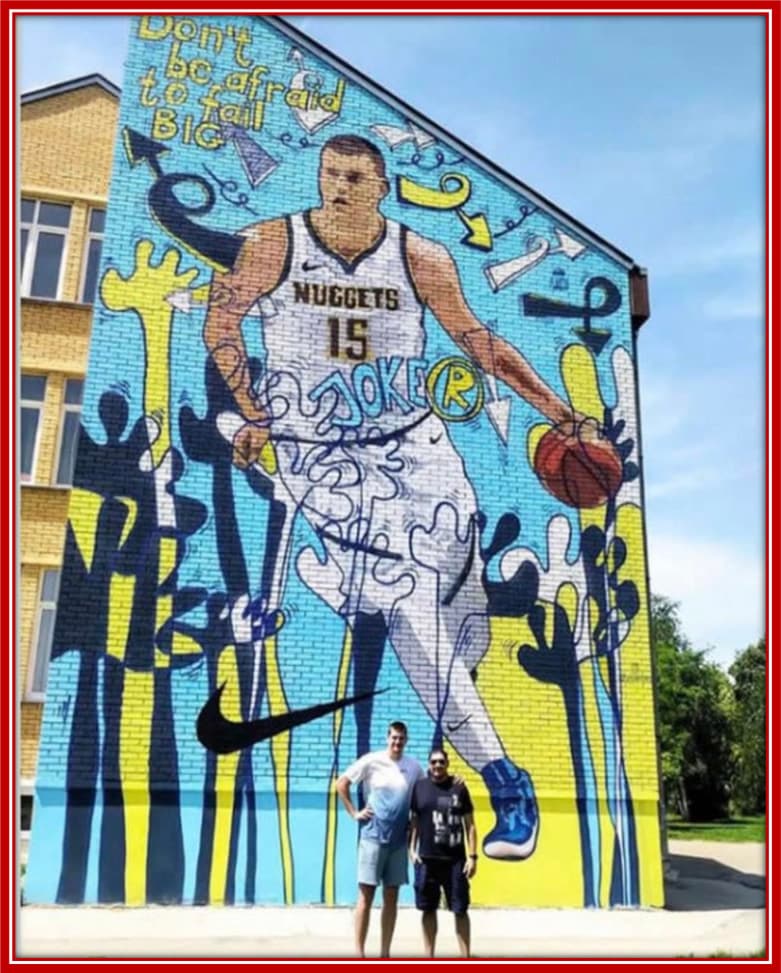 In case you aren’t aware, Nikola’s school as pictured above is “Dositej Obradović” in his family abode — Sombor. Sill, in the same town, Nikola attended Mechanical High School for his higher education.

Even while schooling, the youngster still engages in basketball. For most periods, he got personal training sessions with his older sibling. 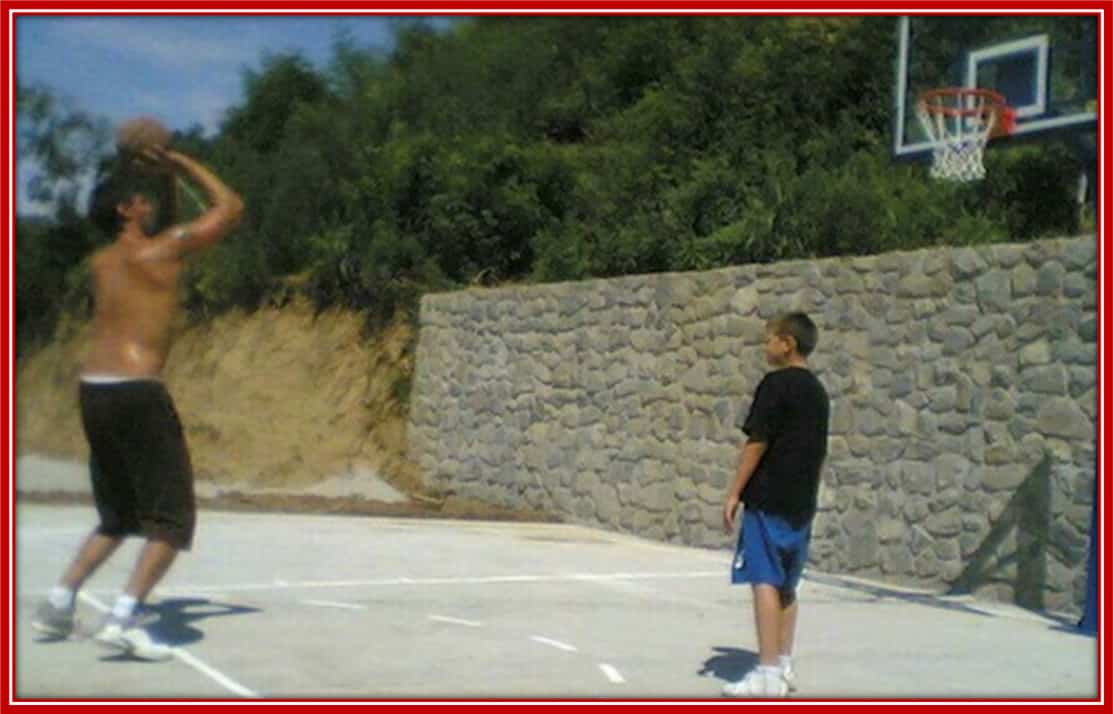 At 16, Nikola felt it was time to take his future seriously. He began his professional Basketball life at that age by joining the Belgrade-based basketball team.

With the experience of local basketballing at home with friends and siblings, the Serbian gradually became a proficient basketball star. Season by season, he grew in height and became a regular with his team. 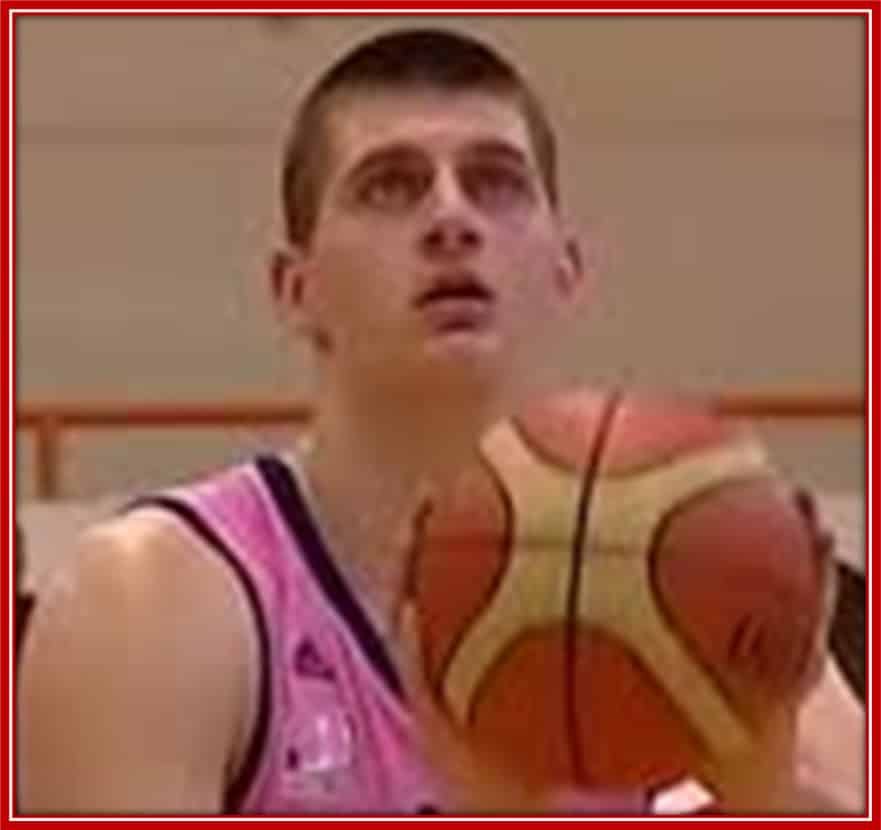 In 2015, Jokic received the Ádriatic League Top Prospect award and got equally honored as the ‘Leagues’ most valuable Star.

His NBA journey began on the 26th of June 2014, after he got picked to join the Denver Nuggets.

As expected, he didn’t waste months in proving his worth. Just one season later, he got selected to the NBA All-Rookie First Team.

In 2017, he began winning NBA awards. In fact, FiveThirtyEight labeled Nikola as one Of The Best Young NBA Players Of All Time.

The result of his hard work saw him making the list of the first All-Star and All NBA First Team selection. Above all, helping Denver Nuggets to the conference semifinals was a big milestone in his career. 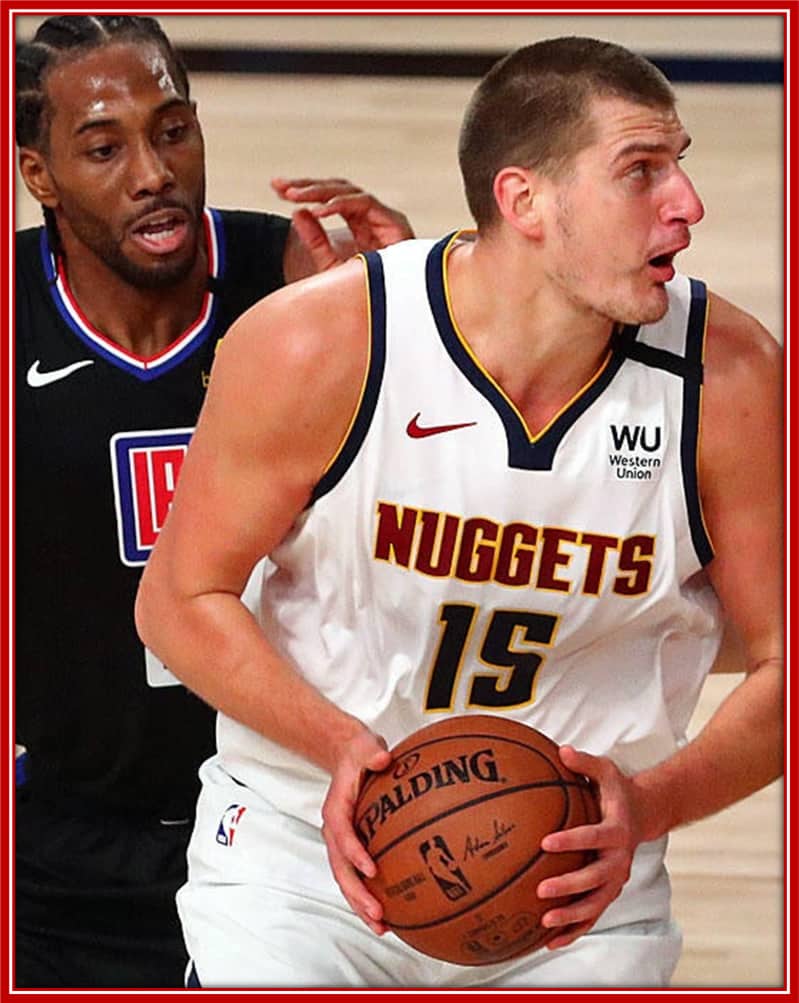 As I create the Biography of Nikola Jokic, fans do see him share in common, many qualities possessed by LeBron James.

Without doubts, he is a genuinely remarkable B-ball wizard with a dominant physique and the “eyes behind his head”. The rest, including the video of his highlight below, is now history.

The Denver Nuggets legend has been dating his lover Natalija Mačešić for about seven (7) years (since 2013).

Fortunately, the relationship got sealed, and both got married on the 24th of October 2020 in his hometown, Sombor.

It was a private ceremony attended by Nikola Jokic’s parents and a few family members. Since marriage, both husband and wife have been living happily. 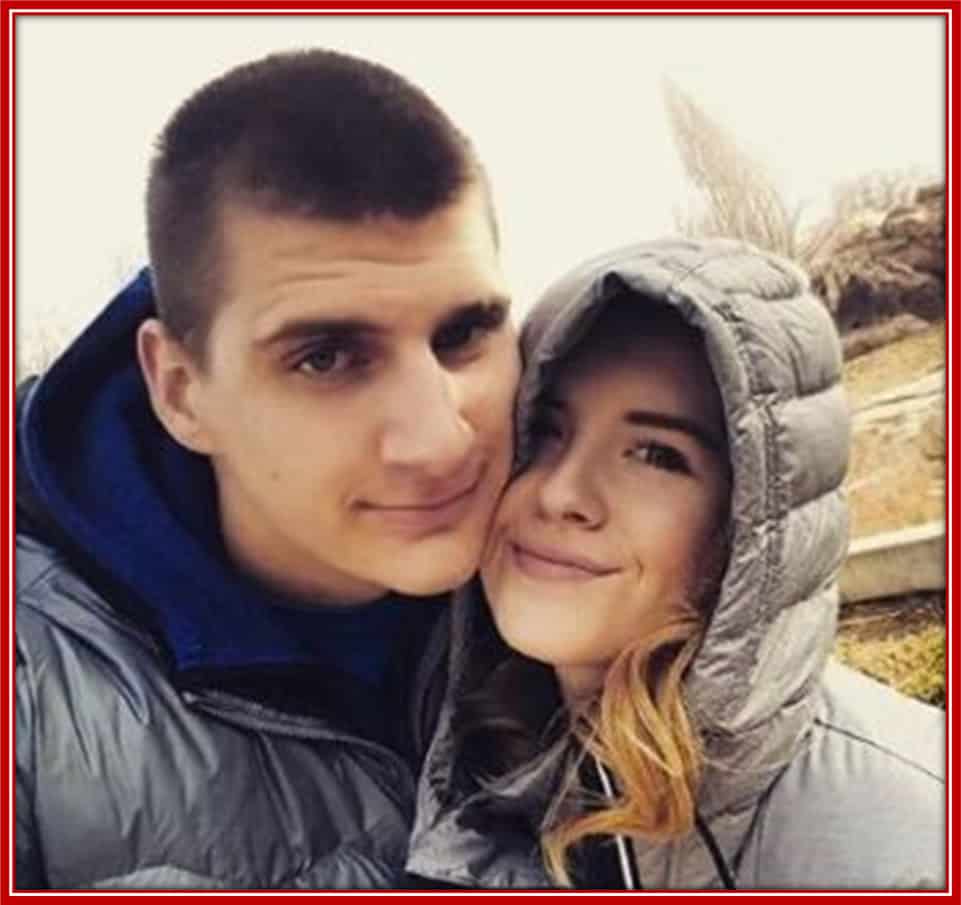 Before his move to Denver, the Sombor native was never far from his household.

Since childhood, Nikola Jokic’s dad, mum, and sibling have remained his biggest advocate and closest confidants to date. In this sub-section, we’ll tell you more about each member.

His success story wouldn’t be possible without the support of his Dad, Branislav Jokic. We remember the super father for the foresight of discovering his son’s talent.

He took the bold step of nurturing Nikola, who was just ten years of age. Despite career commitment, the NBA star reserves a special moment for his father. 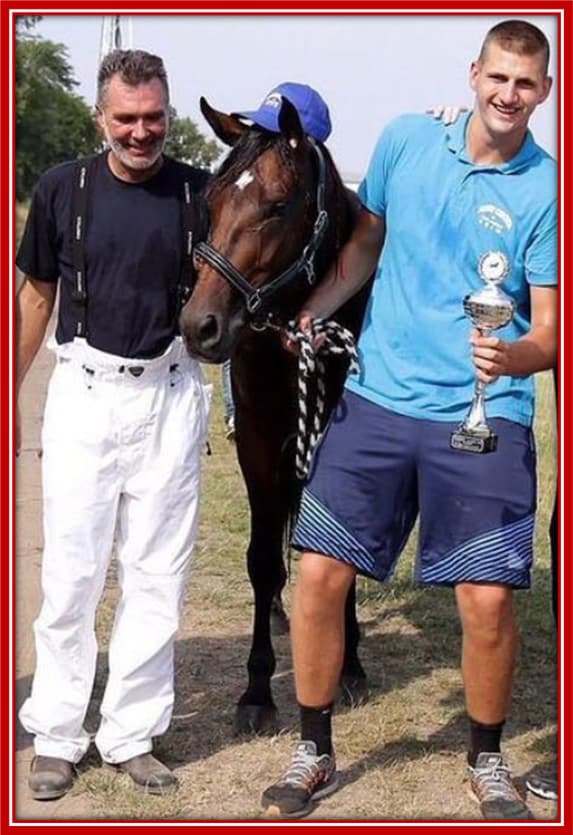 Great mums have produced NBA legends, and ‘The Joker’ isn’t an exception. Thou, we have little info on her. But one thing is for sure. That fact that Nikola took after his mum’s looks. 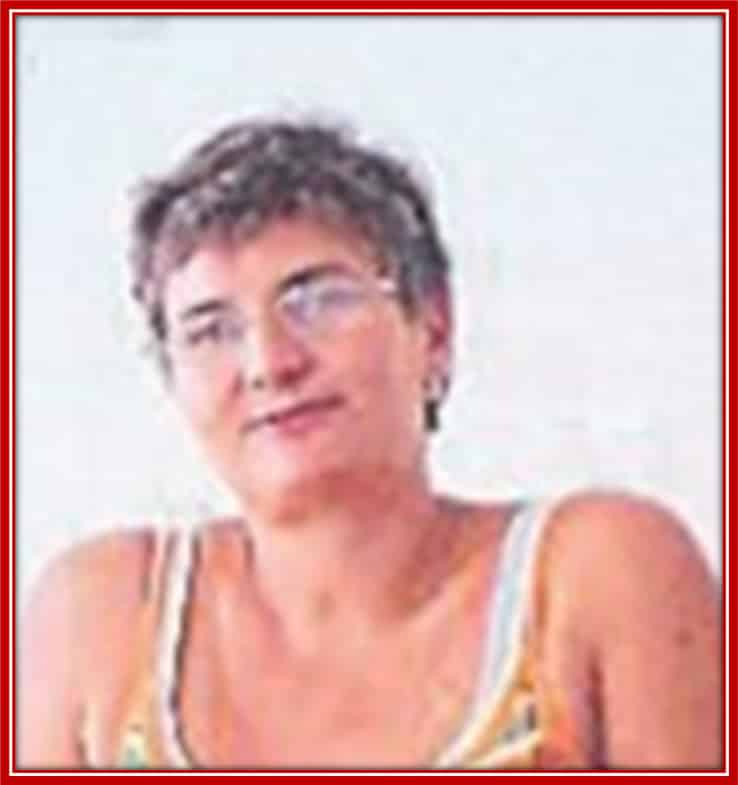 Since their childhood, the Sombor native and his elder siblings have expressly shown powerful bonds between themselves.

Truth is, they are inseparable and have been instrumental to his career development and focus. Nikola Jokic’s brothers are Nemanja Jokic and Strahinja Jokic, the eldest. 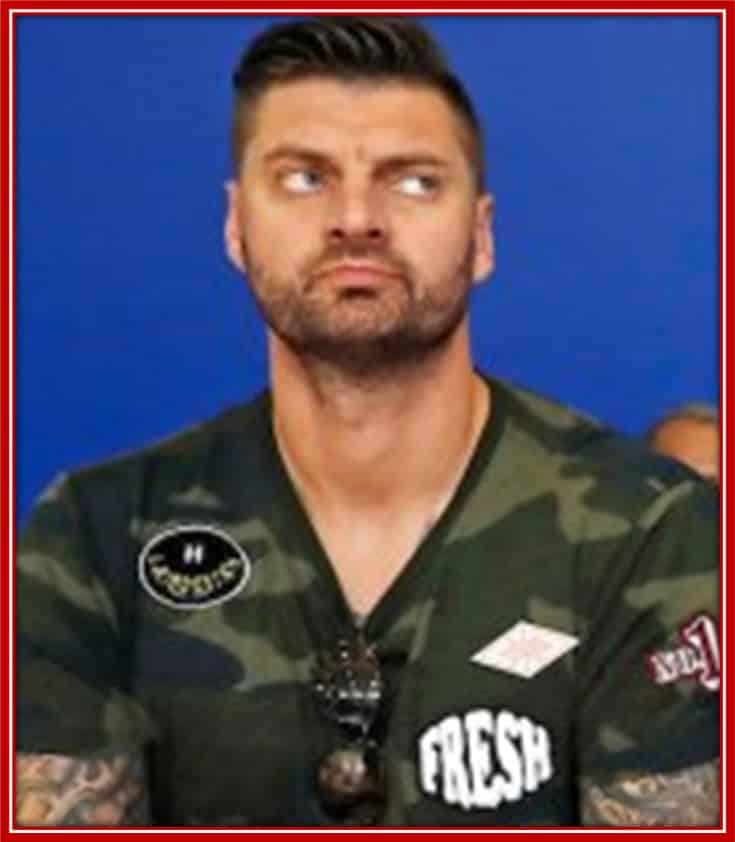 The Man of Steel, though now a professional basketball player, has a powerful passion for Horse racing. When asked what he would do aside from basketball, his reply came like a banger as he said- ‘a stable cleaner.’ 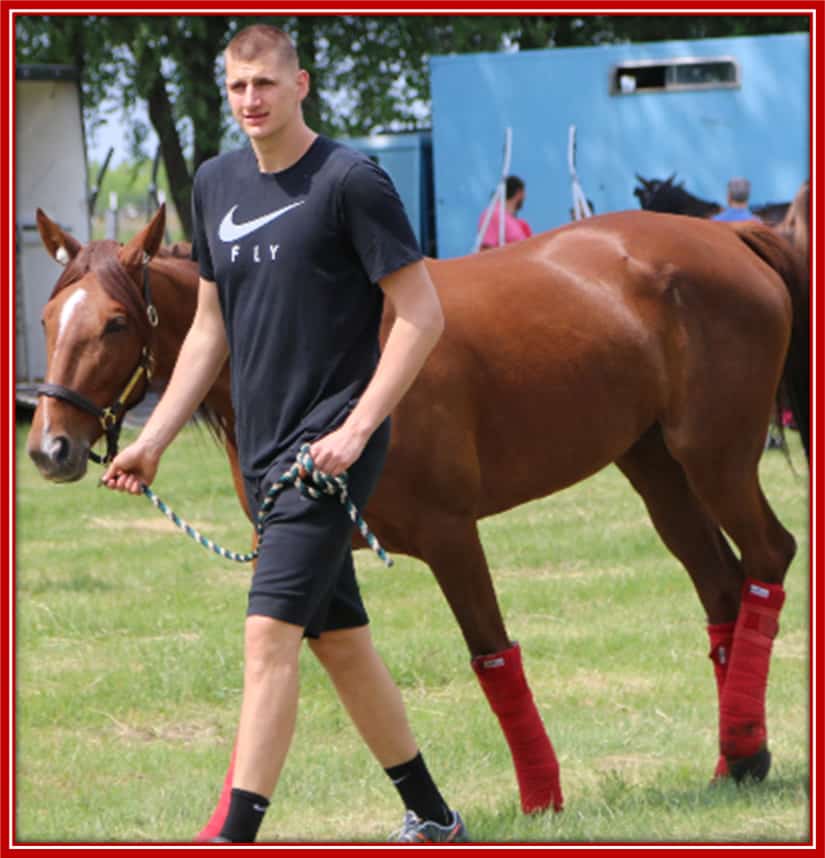 As much as he desires to keep a low profile, Jokic doesn’t mind spending his monies on cars. He once bought a Jeep GMC Yukon, worth about $63,500.

But why the car? It’s because the inside space is conducive to his 7-foot (211cm) height. In summary, he lives a healthy lifestyle. 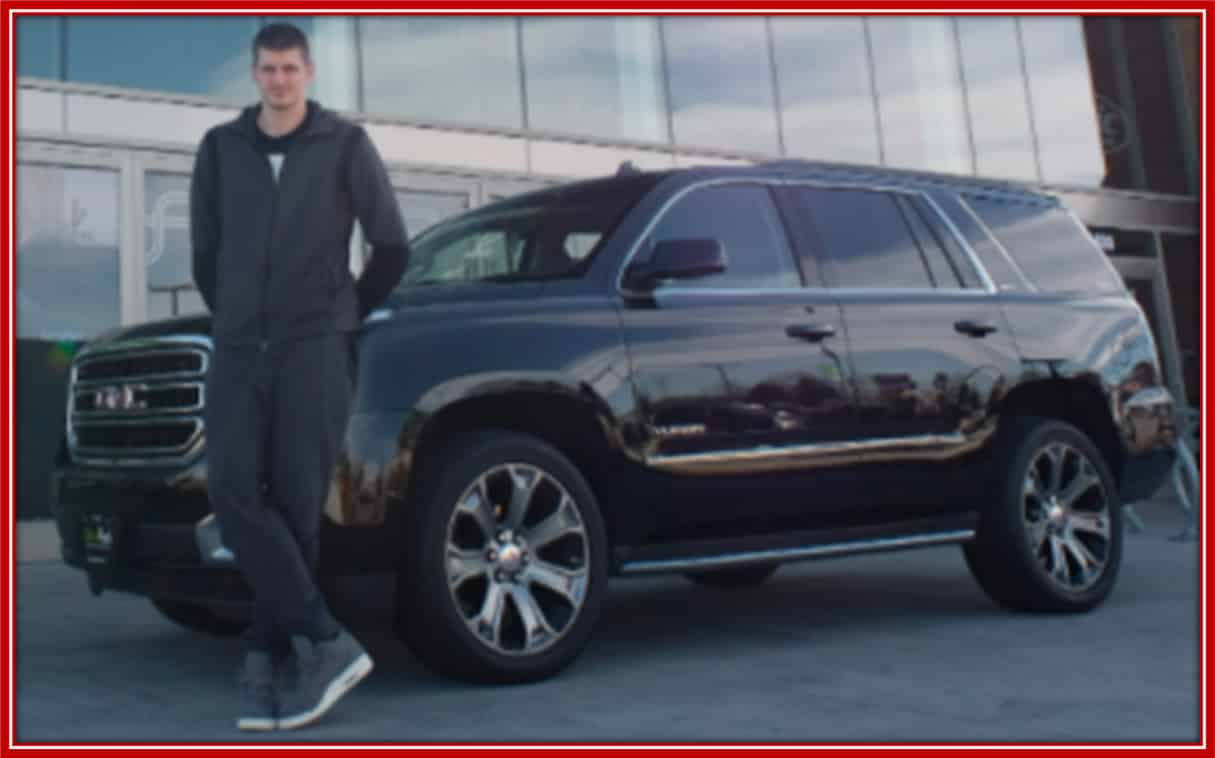 Nikola Jokic’s Net Worth and Salary:

Having done justice to his Bio and life history, it is pertinent to state a few truths about the man (Jokic) who stands tall among Basketball players.

He disliked Basketball at first:

Shocking as it seems, aside from being dragged to basketball training by his dad, at thirteen (13), he once completely stopped playing.

This came because of his interest in horse racing. Early on, Jokic even cleaned barns while training to become a horse rider.

He was once Obese, from sugar to slam dunk!

Are you aware? Jokic was obese while growing up. He had a bit of a belly and love to take sweets. Back then, he could drink as much as 3 liters of Coke per day. Thankfully, he has given that up. He now weighs a lean and meager 113kg. 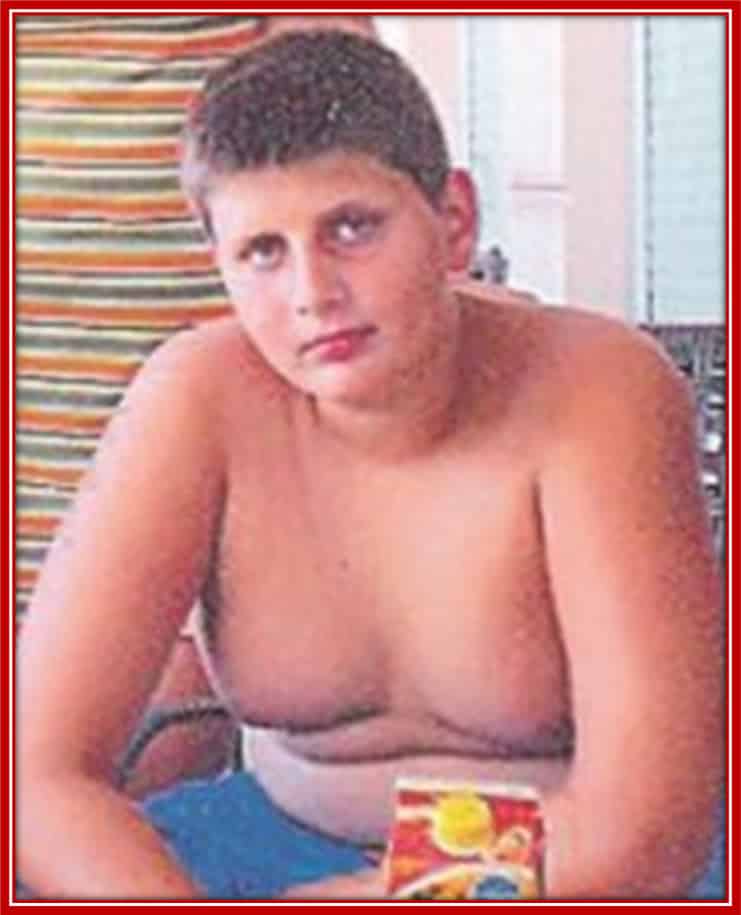 At his first professional club, Jokic could not do a single press-up. It became so serious that the club had to place him on a unique strength program with a personal trainer to improve his physique.

Truth is, he never believed it when the news of his being drafted into an NBA roster came out. Being asleep, Jokic’s brother woke him up to tell him the glorious news.

Guess his reaction!! he just hung up and continued to sleep, thinking it was all dream. Now, see who is now living his dreams. 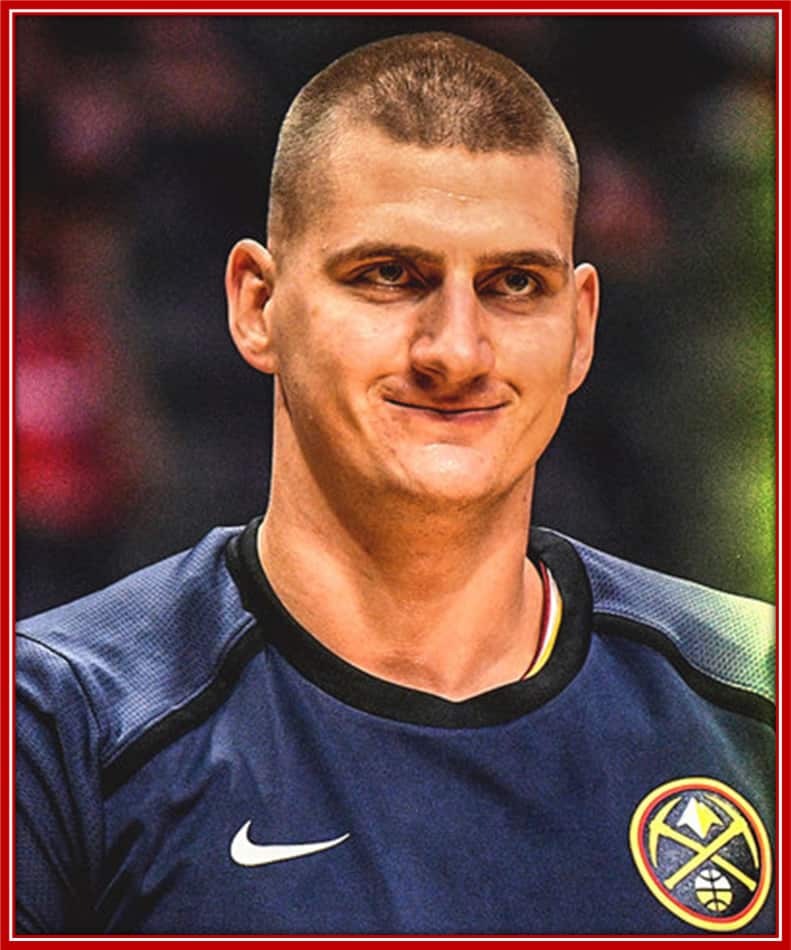 Thanks for digesting our version of Nikola Jokic’s Biography. Without a doubt, fans will forever appreciate him as one of the Greatest Passing Male In NBA History. Perhaps this attribute makes him look very much like LeBron James.

While researching, we realized that a united family is key to the success of each member. Despite his passion for horses, Nikola Jovic’s Dad saw in him a future basketball star.

I guess you know the rest. While writing this Bio, his popularity is near to match that of Serbian tennis player Novak Djokovic.

We love that you make it a date with us for more thrilling biography facts and childhood stories of European Basketball Players.

If you notice any error in our delivery, kindly reach us. Otherwise, tell us what you think about Nikola in the comment section. Finally, to get a summary of his Bio, use our Wiki table below.