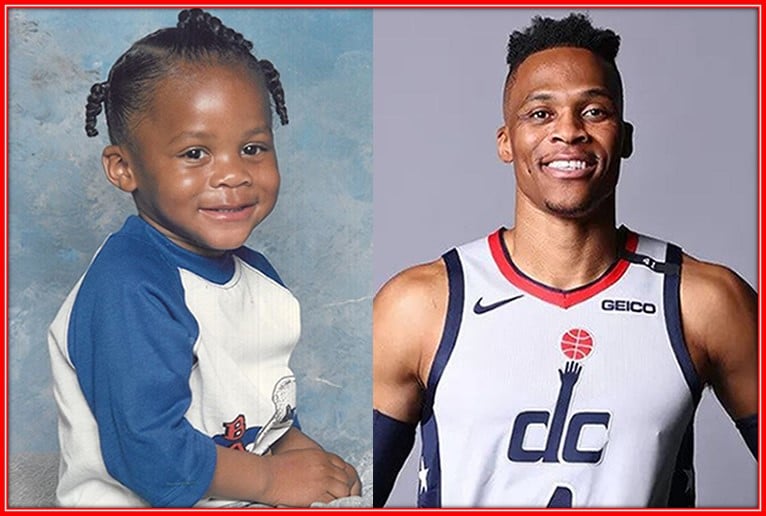 In simple terms, we present the Life History of Russell Westbrook. Childhood Biography begins his story from the earliest days to when he becomes popular.

To kick start his autobiography, here is the NBA Star’s cradle-to-rise gallery.

Yes, everyone knows is a prolific basketball player who plays for the Washington Wizards of the NBA. However, only a few consider Russell Westbrook’s Biography, which we have prepared and it is quite interesting. Now without further ado, let’s Begin.

For Biography starters, he bears the nickname “Beastbrook”. Russell Westbrook was born on the 21st day of November 1988 to her mother, Shannon Horton, and her father, Russell Westbrook Jr., in Long Beach, California, United States.

To clarify, Russell has a younger brother, Raynard. Both are the only children born of the union between their lovely parents, Shannon and Russell Jr. Both parents (Shannon and Russell) are pictured together below.

Growing up in Hawthorne, a city in southwestern Los Angeles County. Russell spent his childhood with his one and only brother, Raynard, and his best friend, Khelcey Barrs, in the neighborhood of Hawthorne.

Russell, Raynard, and Khelcey all have a dream of becoming an athlete while growing up.

There are three certainties in life, a humble, happy, or rough upbringing. Russell came from middle-class family background.

His father, Russell Jr. was a sports junkie, who loves football, basketball, and even boxing. While his mum, Shanon, was a socialite. Together the parent gave their boys a smooth upbringing.

But, born in America, Russell Westbrook is American by nationality and belongs to mixed ethnicity.

For his education, he attended Leuzinger High School in Lawndale, California. It was at Leuzinger Russell started his basketball journey. A career journey he started at the famous high school.

Foremost, those who have known Russell will tell you he would play at the very highest level. Early on, Russell played for his high school as an unheralded freshman point guard with size 14 shoes. He plays alongside his friend Khelcey Barrs.

The most significant turning point of Russell’s early career life story was the death of his friend and teammate, Khelcey.

Russell and Khelcey both shared good compatibility, and his departure deeply struck Russell. As a result, he began training harder, and soon became a favourite player in high school.

Despite being a young prospect, Russell didn’t start on his school varsity team until his junior year.

But, as destiny could have it, one of the top players in the UCLA team declared for the NBA draft. This created a space for Russell to join the UCLA Bruins on a scholarship.

Moving on, Russell kick started his college career at UCLA at 17. He stepped onto the sprawling Westwood campus and was excited to learn about something outside of the boundaries of South Los Angeles.

In his freshman year, he played as a backup, a defender, and an energy player off the bench. Certainly, Beastbrook’s explosive performances helped his team take the final four positions in two seasons.

To begin with, Seattle SuperSonics (now known as the Oklahoma City) selected Russell 4th overall in the 2008 NBA draft. He signed with the team on the 5th day of July 2008. This move was the beginning of a new era for the American star.

At Oklahoma City, the American showed a glimpse of his talent. This made him become part of the season’s NBA All-Rookie first team and featured at number four in the line-up.

But the American basketball star missed almost an entire season because of a knee injury.

Russell keeps the dream alive as the misunderstood genius played a big role in helping his team reach the Western Conference Tournament finals.

Beastbrook played for the Thunder for 11 years, during which he racked up a huge record of accomplishments.

Advancing his career, Russell was traded to the Houston Rockets in exchange for Chris paul. This particular move reunited him with his former teammate at Oklahoma City, James Harden.

At Houston rockets, he played alongside James Harden, they both displayed mutual interest and passion in playing collectively as colleagues.

The reunion of the two celebrated basketball players was a great Houston Rockets experiment.

In fact, Russell and James both showcase wonderful chemistry in the court while helping the Rockets to achieve their goals as a team.

In late 2020, Russell was traded again to the Washington Wizards, this time, they swapped him for John Wall.

However, Beastbrook made his Wizard’s debut, putting up 21 points, 11 rebounds, and 15 assists. With this game, he became the sixth player in NBA history to record a triple-double in a team debut.

Fast forward to this time of creating Russell Westbrook’s Bio, the American has built himself as one of the most celebrated players in NBA history.

The rest, as they of his Life Story say, is history.

Heading towards Russell Westbrook’s love life, lots of fans must have contemplated if he has a girlfriend or Married. In this segment, We take you through details of his love story.

First, Russell and Nina met at UCLA where both of them played Basketball and were successful star players in their respective Teams.

During that time, they began dating in 2007 while still enrolled at UCLA. Below is a photo of Russell and Nina Earl

The American basketball player proposed to the love of his life on September 3, 2014, with a beautiful, $700,000 ring. The two lover birds tied the knot on August 29, 2015, in an outdoor ceremony at The Beverly Hills Hotel.

In addition, basketball players and celebs, including Kevin Durant, Serge Ibaka, and many more graced the occasion.

The couple welcome their first child Noah Russell Westbrook in May 2017. The following year in November 2018, the Westbrook’s happily welcomed a pair of twin girls Skye, and Jordyn Westbrook.

“For me, the family’s the most important thing,” “So regardless of if anybody needs anything, or anything happens if something’s going on in my family, I always put that first.”

Nina Earl Westbrook is an American former college basketball player who played for the UCLA Bruins women’s basketball team of the Pac-12 Conference.

She graduated from UCLA with a Bachelor of Arts in psychology and a minor in English. In addition, Nina had a master’s degree in Clinical Psychology.

Getting to know more facts about his personal life off the court would help you get a complete picture of his personality.

First, Russell is a passionate and determined individual. Beastbrook is someone that will research until they find out the truth.

He is an influential leader and also features prominently in resourcefulness. We associate all this with the Scorpio Zodiac attributes.

Like a lot of NBA players, we know Russell for his philanthropic work through his Why Not? Foundation. The point guard organizes various events to give back to the community.

These events include feeding OKC and LA residents on thanksgiving, spending quality time with young kids in need, and giving out shoes, backpacks, t-shirts to name a few.

As of 2021, Russell Westbrook’s net worth is $170 million. This enormous amount of money comes from his salaries and endorsement deal with top brands like Nike, PepsiCo, and Samsung. His earnings from endorsements contribute to around $18 million of his earnings.

Along with his personality on and off the court, Russell Westbrook carries with him an impeccable sense of fashion. Russell’s collaboration with Barneys Store, a luxury department store in New York City, has been fruitful.

For the American native, the love for his household is one of his life’s greatest blessings. No amount of basketball money can take the place of time Russell spends with his nuclear family. In this section, we will tell you more about his parents, brother, and relatives.

Russell Jr Westbrook is Beastbrook’s dad. The supportive father of two is an American national who used to be a sports junkie.

He loves football, basketball, and even boxing. Russell Jr is one of the most important characters in the successful journey of his beloved son.

Shannon is Russell’s Mom. Like her husband, Russell, Shannon is a socialite whose despite her busy schedule always supportive of her Russell.

Above all, Shannon is proud and happy all her labor bringing up the superstar was never in vain.

Russell has no sister but a younger brother called Raynard. The siblings both grew up together, but, unlike Russell, Raynard follows the part of being a footballer.

In addition, Raynard is a graduate of the University of Central Oklahoma. Similarly, he is currently the Chief Content Officer at Russell Westbrook Enterprises.

Away from Russell’s immediate family, we bring you details about his relatives. His paternal grandfather is Russell Westbrook Sr., while his paternal grandmother is unknown.

In addition, his maternal grandfather and mother are also unknown at the time of writing.

In addition, his uncles, aunts, and cousins are yet to be identified throughout his childhood story and biography. The same goes across the board for his nieces and nephews.

Wrapping up the childhood story and Biography facts of Beastbrook, we will use this section to tell you some lesser-known facts you need to about basketball genius, Russell Westbrook.

Fact #1 – Wears A Rubber Bracelet With KB3 Inscribed On It:

Russell wears a rubber bracelet with KB3 inscribed on it. KB3 also sometimes appears on his shoes.

This is a reference to his high school friend and teammate Khelcey Barrs, who passed away in 2004 at age 16 from an undiagnosed heart complication.

Below is the video that explains the reason behind Russell Westbrook’s bracelet.

Fact #2 – Triple-Double In Back To Back Seasons NBA Record:

Averaging a triple-double across an entire season is a tremendous accomplishment for any NBA player.

But Russell did something even more breathtaking and averaged a triple-double over an entire season for two straight years.

To clarify, he is the only player to have done this, and it is a record that will probably remain forever.

Russell was the very last draft pick of the Seattle Supersonics. In fact, he was the fourth overall pick in the 2008 Draft. To clarify, Russell is the last player to be drafted by the Supersonics before the franchise relocated to Oklahoma City.

Facts #4  – His favourite player growing up:

Born in California, Russell’s favourite player to watch while growing up was Magic Johnson. The point guard is referred to as the greatest point guard of all time. 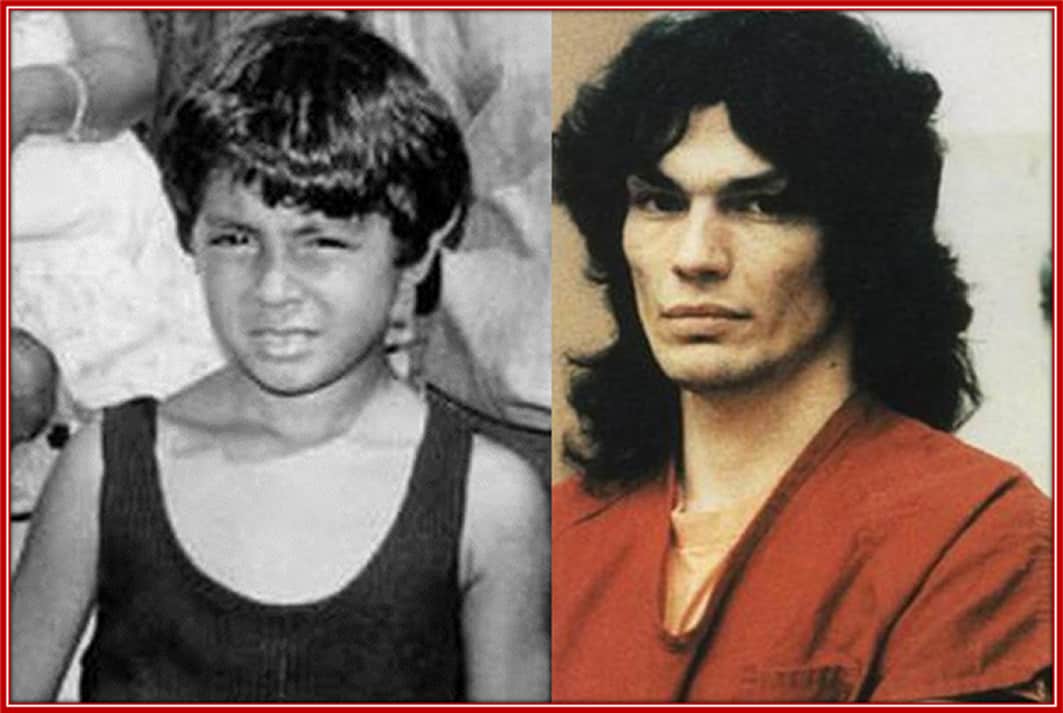 Even though their styles don’t match. But, just like any other modern-day point guard, Russell’s pick is no different.

To sum up, Russell, along with LeBron James, is the only player to record a triple-double against every NBA team.

In addition, Russell clinches a triple-double average, as he had 25 and 34 triple-doubles in two seasons, respectively. Likewise, he has the most rebounds in NBA history among 6ft 3in guards or shorter.

A year after being traded to the Rockets, Russell Westbrook takes an enormous loss on Oklahoma home. The NBA star sold his estate near Oklahoma City for $1.03 million, nearly half of the $1.945 million he paid for it when it was earlier bought.

Thanks for reading the Biography of Russell Westbrook. More so, thank you for believing in what we are and what we do.

At Childhood Biography, we give you stories and biography facts with accuracy and fairness. Do well to contact us or leave a message below if you see something that doesn’t look right. For a summary of Russell Westbrook’s Biography, use this Wiki Table.