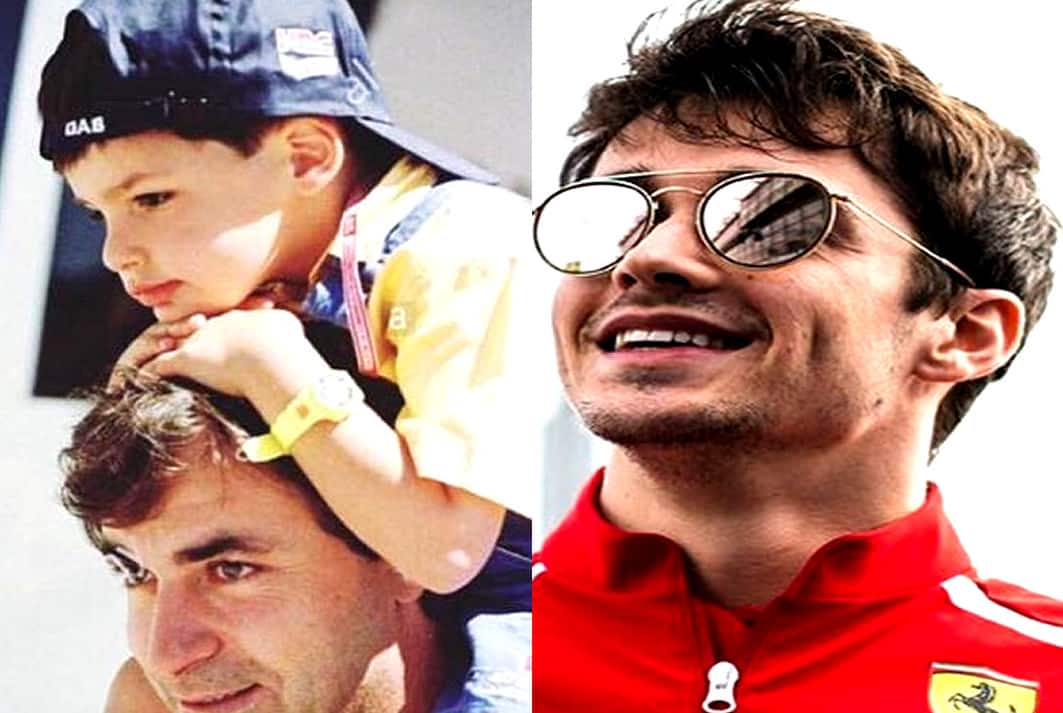 Childhood Biography presents the Full Story of a Monégasque racing driver with the nickname “The General“.

Our version of Charles Leclerc’s Biography, including his Childhood Story, brings you a full account of notable events from his childhood time to date.

More so, Charles Leclerc’s Wife, personal life, family facts, lifestyle, and other little-known facts about him.

Yes, everyone knows of his fast rise in Formula 1. However, only a few consider Charles Leclerc’s biography, which is quite interesting. Now, without further ado, let’s begin.

For Biography starters, the F1 Race driver Charles Leclerc was born on the 16th day of October 1997 at Monte Carlo, an administrative area of the Principality of Monaco (a country in Western Europe).

He is the second of three children born to his father, Hervé Leclerc, and to his mother, Pascale Leclerc. Behold, Charles Leclerc parents.

The Monégasque national of white ethnicity with little-known roots was raised at his birth city – Monaco where he grew up alongside an older brother Lorenzo and his younger brother Arthur.

Growing up in Monaco, Young Leclerc was drawn to racing from a very young age.

In fact, he was only three and a half years old when his father Hervé began taking him to racing games as well as introducing him to karting, also known as the Nursery of all F1 drivers.

By the time Leclerc was aged 4, he watched his first Monaco GP from an apartment overlooking the race track at Sainte-Devote, an event that he combined with daydreaming of racing on the same tracks someday. 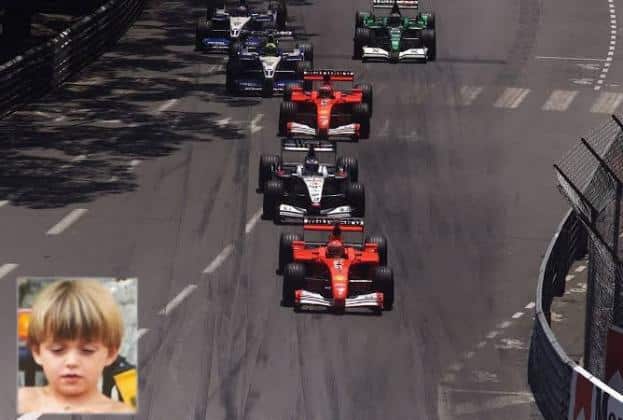 The then 4-year-old soon fell ill on a particular day and decided to take a break off school.

Instead of resting for the entire day, Leclerc accompanied his dad to visit a race track owned by the father of former Race Driver Jules Bianchi. While at the track, he hopped on a Kart and enjoyed lapping until the fuel ran out.

Thereafter, Karting became a part and parcel of Leclerc’s life, especially between the years 2005-2010, when he officially had a rewarding career in the sport and dominated the various classes that he competed in.

At the peak of his Karting career in 2011, Leclerc was sponsored by Nicholas Todt – the son of the FIA president Jean Todt – who oversaw a driver management stable that enabled him to continue racing without putting the financial burden on his parents.

The gesture also made sure that Leclerc was not far from his good friend turned godfather – Jules Bianchi as they were both under the sponsorship of Todt’s management stable known as All Road Management company. 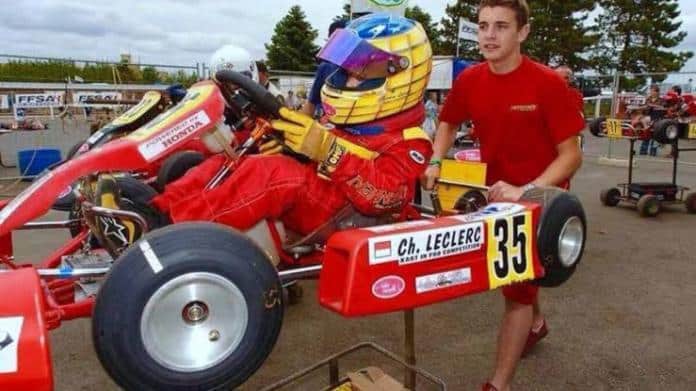 Leclerc soon stepped into Formula Renault in 2014 and embarked on a rise through the ranks that was laced with tragedies.

First was the death of his supportive godfather Jules Bianchi who gave up the ghost after being in 13 months coma for a terrible head injury that he sustained while driving for Marussia in F1. 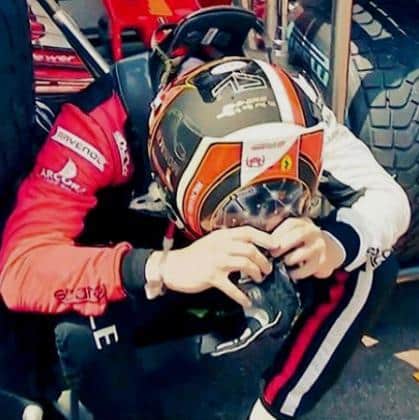 About three years later, in 2017, Leclerc was competing in Formula 2 when he lost his father Hervé to the cold hands of death just a day to his race at the Azerbaijan Grand Prix.

The incident made it extremely difficult for Leclerc to focus on practice. Notwithstanding, a heavy-hearted Leclerc pulled himself together and went on to finish first and second in both races that he dedicated to his dad.

2018 was the year that Leclerc made his Formula 1 debut for Sauber, a team which he helped improve their finishing position before Ferrari offered him a contract in 2019. With Ferrari Team, there was no limit to how fast Leclerc could rise to fame.

He first became the second-youngest driver to qualify on pole position in Formula one in Bahrain and went on to clinch his first career win in Belgium, followed by his first Italian Grand Prix within 14 days. 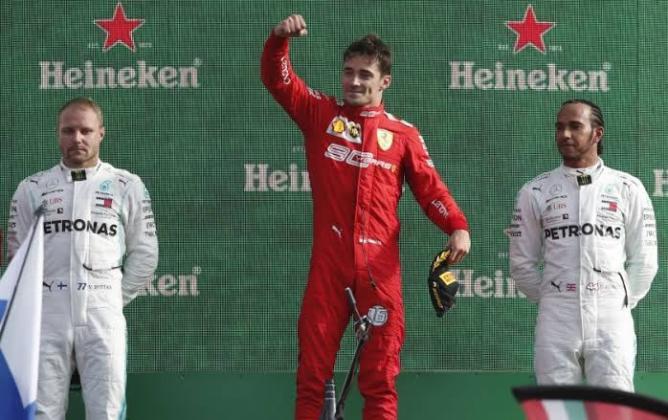 Fast forward to the time of writing, Ferrari’s Leclerc is a displacement threat for Mercedes Lewis Hamilton as the Monégasque race driver has succeeded in outrunning his British counterpart in no fewer than three races.

He has also finished very close to Hamilton in several others. The rest, as they say, is history.

Charles Leclerc is not dating at the time of writing. In fact, it was in the month of September 2019 that an Italian beauty who now doubles as Leclerc’s ex-girlfriend made it to his dating history book.

What do we know about the relationship, and how long would it take for Leclerc to get a new girlfriend?

To start with, Leclerc started dating ex-girlfriend Giada Gianni in 2015. The duo were the perfect reflection of couples’ goals from posting photos of their holidays to enjoying a jet-setting lifestyle.

Gianni and Leclerc were even rumoured to be engaged at some point, while marriage would not have struck fans as a surprise. 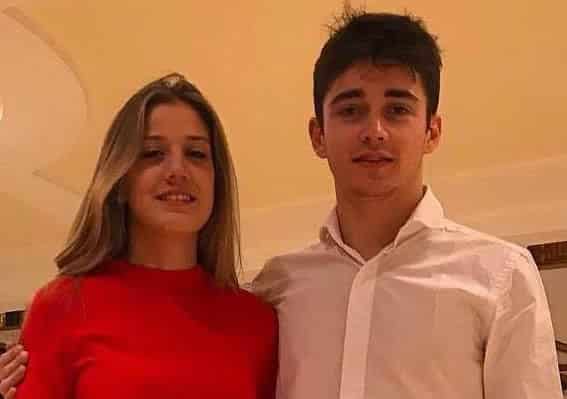 However, they amicably decided to go separate ways after 4 years of dating without having son(s) or daughter(s).

News of the spilt was made known by Gianni who utilized a live Instagram post to announce that the racer wanted to dedicate himself entirely to racing. Thus, Leclerc is now free to perfect his plans of etching his name in the marble of Formula 1 living legends.

Moving on to Leclerc family life, he hails from a race loving middle-class family background. We bring you facts about his family life.

Hervé Leclerc was the biological father of Charles Leclerc. He used to be a Formula 3 driver years before Leclerc was born and went on to introduce the F1 racer to karting during his early life. Hervé’s contributions to Leclerc’s rise to fame cannot be quantified.

Even in death, Leclerc’s memory of his dad helps keep him focused, a development that speaks volumes of the father-son relationship that they had before Hervé’s demise in 2017. 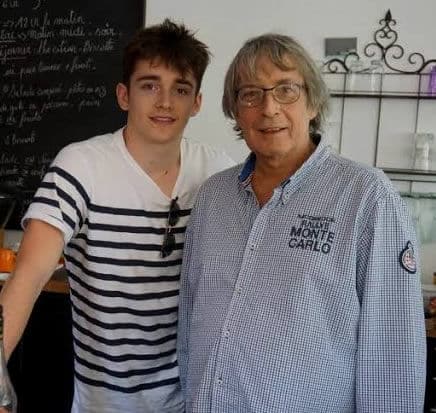 Pascale Leclerc is the mother of Charles Leclerc. The mother of three did not only help raise the racer and his two siblings, but shares an enviable relationship with all three of them.

It goes without saying that she is a strong pillar of support behind the scenes for Leclerc who always takes to his social media handles to wish her a happy mother’s day. 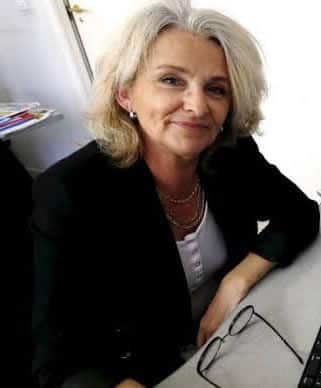 Charles Leclerc has no sisters but an elder brother identified as Lorenzo as well as a younger brother known as Arthur.

The youngest of the brothers – Arthur is building a career in racing at the time of writing while not much is known about the eldest sibling Lorenzo. 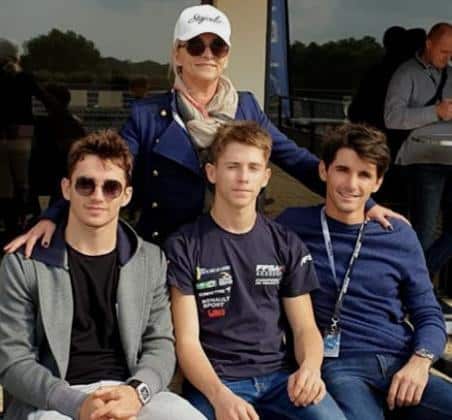 Away from Charles Leclerc’s immediate family, not much is known about his paternal and maternal grandparents, neither are there records of his aunts, nieces and nephews.

Similarly, Leclerc’s cousins have not been identified in notable events of his early life to date.

Speaking of Leclerc’s personality, he has an amazing persona. One that reflects the calm nature of individuals guided by the Capricorn Zodiac Sign. In addition, he is balanced, responsible and altruistic.

The race driver who moderately reveals information about his personal and private life has interests and hobbies that include travelling, biking, playing football, listening to music and spending quality time with family and friends.

Do you know that Leclerc has an estimated net worth of $2 million at the time of writing? Makeups of his budding wealth have their origins in the annual salary. The money he receives for racing. As well as revenue generated from endorsements.

As such, the race driver lives a luxurious lifestyle. One that is made evident in his choice of destination for vacations. As well as his possession of assets that include a luxurious Ferrari car.

We know little about the nature and location of the house that Leclerc resides in. It wouldn’t be long before that aspect of the racer’s life became public. 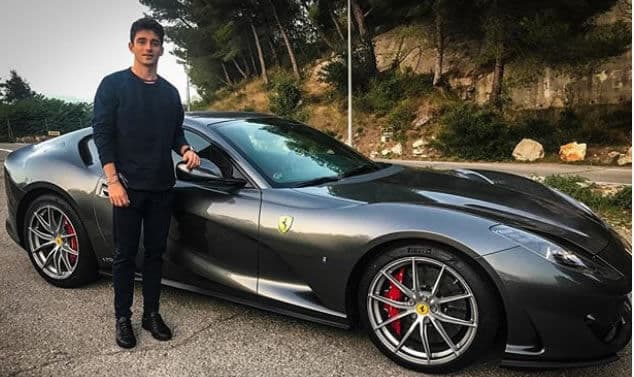 Rounding up Charles Leclerc’s Biography, here are lesser or little known fact about him.

Leclerc is not big on religion. While there are virtually no indicators pointing to his beliefs. At the time of writing his Biography. Thus, it cannot be conclusively stated whether he is a believer or not.

Unlike most Formula 1 greats, Charles Leclerc has no tattoos. Neither do fans have tattoos of him at the time of writing.

He is rather at peace with his good looks and does not consider body arts as a necessary addition. 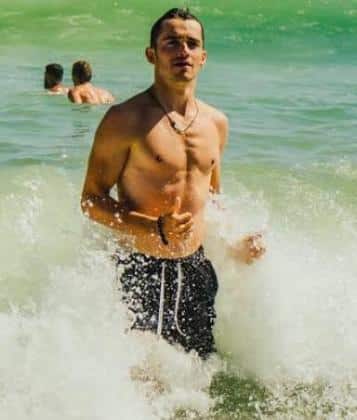 Thanks for reading our Charles Leclerc Childhood Story, plus untold biography facts. At childhood biography, we strive for accuracy and fairness while delivering the Biography of Formula One Drivers.