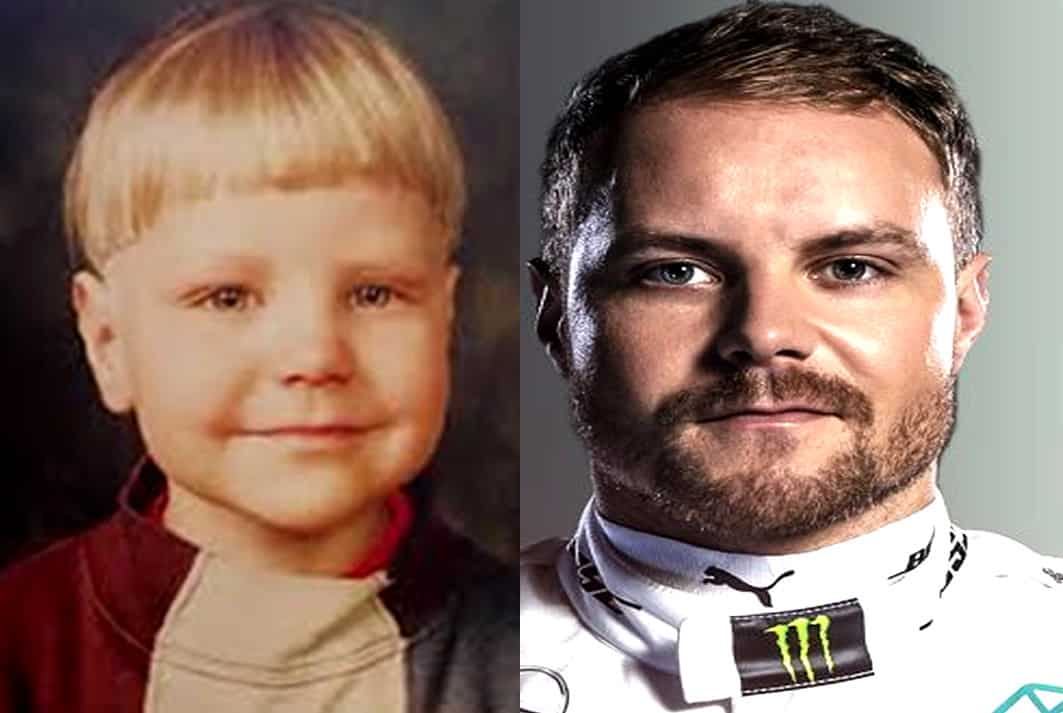 Childhood Biography presents the Full Story of an F1 Race Driver who is best known by the nickname “Vale“.

Our version of Valtteri Bottas’ Biography, including his Childhood Story, brings you a full account of notable events from his sweet boyhood days right until he became famous.

More so, Valtteri Bottas wife, personal life, family facts, lifestyle and other little-known facts about him.

Yes, everyone knows of his hunger for winning races. However, only a few consider Valtteri Bottas’ biography, which is quite interesting. Now, without further ado, let’s begin.

For Biography starters, F1 race driver Valtteri Viktor Bottas was born on the 28th day of August 1989 at the former municipality of Nastola, in Finland.

He is the second of two children born to his mother, Marianne Välimaa and to his father Rauno Bottas. Behold, a happy-looking Valtteri Bottas’ parents.

True to his looks and accent, Bottas is a Finn national of white ethnicity with little known roots and was raised at his birth municipality in Nastola where he grew up alongside his older sister, Laura Bottas.

Growing up at Nastola in a middle-class family of 4, young Bottas developed interests in competitive racing from a very young age and had the diligent makings of one who was born to become a Grand Prix racer.

By the time Bottas was 6 in 1995, he had begun building a career in racing by Karting on Finnish roads of ice and snow.

While Bottas was at it, he dominated the various classes that he competed in and drove his way up to Finland’s National Karting team.

However, Bottas’ victories in Karting – which sums up to 5 titles – was not without a strain on his academic performance at school as he was not more than an average student whose dossier was clustered with admonitions of “try harder next time”. 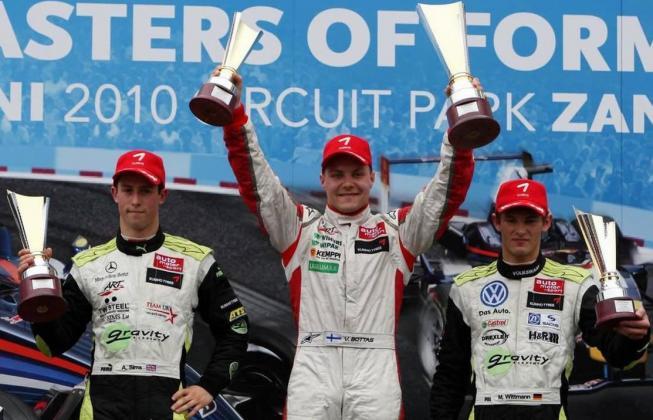 Graduating from Karting which is also known as the nursery of racing prodigies, Bottas’ services were secured by the then reigning Formula 3 champions – Art Grand Prix whose status he helped improve by recording significant feats.

The feats include setting two pole positions to finish third in the Euroseries as well as winning the Masters of Formula 3 in 2009 and 2010 to become the first driver to have won the F3 Masters title for the second time.

On his road to fame, Bottas completed tests for the Williams Formula 1 team between 2011 — 2012 and went on to make his debut for the team in 2013 at the Canadian Grand Prix where he finished third behind Lewis Hamilton and Sebastian Vettel.

It wasn’t sooner than a year later before Bottas began battling with challenges like a car crash during the 2014 season as well as a back injury that sought to make his career less illustrious during the 2015 season.

Notwithstanding, he secured some podium finishes during the challenging period and was retained at the Williams team for the entirety of the 2016 season. 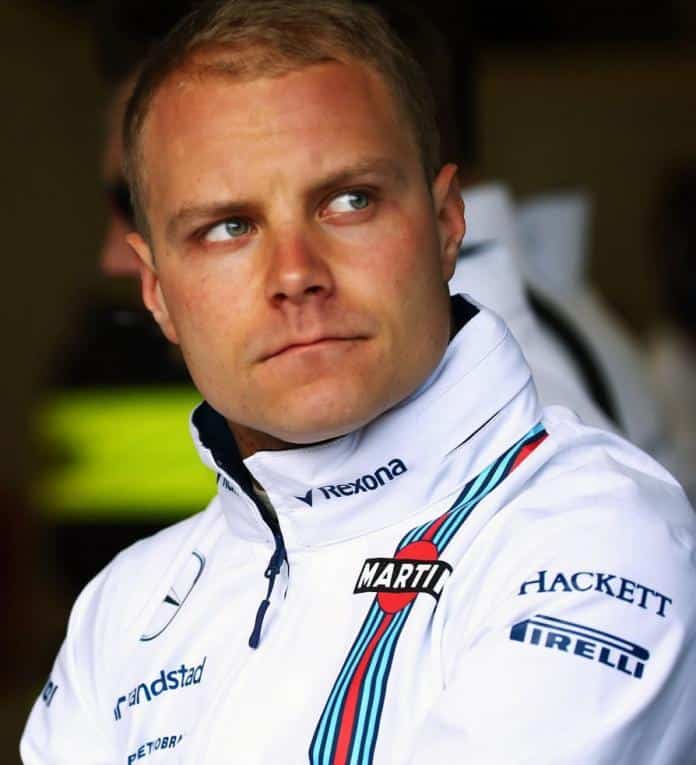 Fame began courting Bottas in 2017 when he was signed by Mercedes to partner with Lewis Hamilton after the latter’s former racemate Nico Rosberg made a shocking retirement from the sport.

Although Stepping into Rosberg’s big boots and partnering with the formidable Lewis Hamilton was an uphill task, Bottas is faring considerably well as evident by his six races wins for Mercedes at the time of writing.

More so, Bottas is putting up a healthy rivalry with his partner Lewis Hamilton as witnessed in Finn’s 2019 Japanese Grand Prix victory. 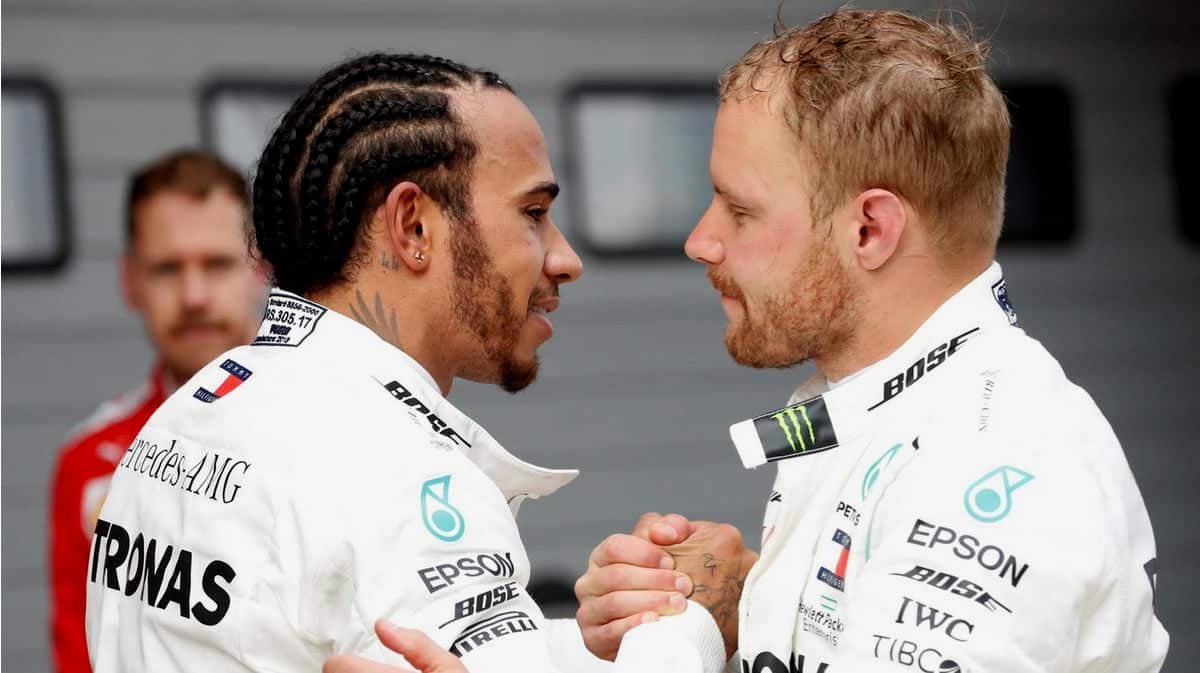 Starting off, Valtteri Bottas is married at the time of writing. We bring you facts about his dating history and current relationship status.

To start with his dating history, Bottas is not known to have dated any woman before he met his girlfriend turned wife Emilia Bottas.

The couples first met and began dating in 2010 when Bottas was recording a steady rise in his early career.

Their relationship became stronger over the ensuing years culminating in marriage on the 10th of September 2016. 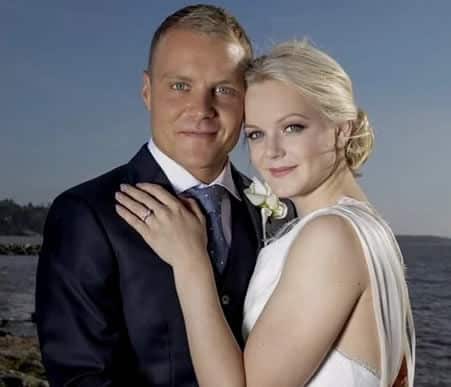 Until their marriage, Emilia was an accomplished Olympian swimmer who began recording appearances in the event from the early age of 15.

Though Bottas and Emilia are yet to start a family at the time of writing, they have no son(s) and daughter(s) out of wedlock while their love life is the envy of aspiring couples.

By and large, Bottas is blessed to have so many great things in life including a supportive family. We bring you facts about his family life and background beginning with his parents.

Rauno Bottas is the supportive father of the celebrity race driver. The dad of two has his origins in Finland and was into the cleaning business during Bottas’ early life.

Runo has his own cleaning company at the time of writing and enjoys a bit of celebrity status in Finland for being Bottas’ dad.

The race driver is close to his dad and shows commensurate love for his parents by celebrating them on social media at any given opportunity. 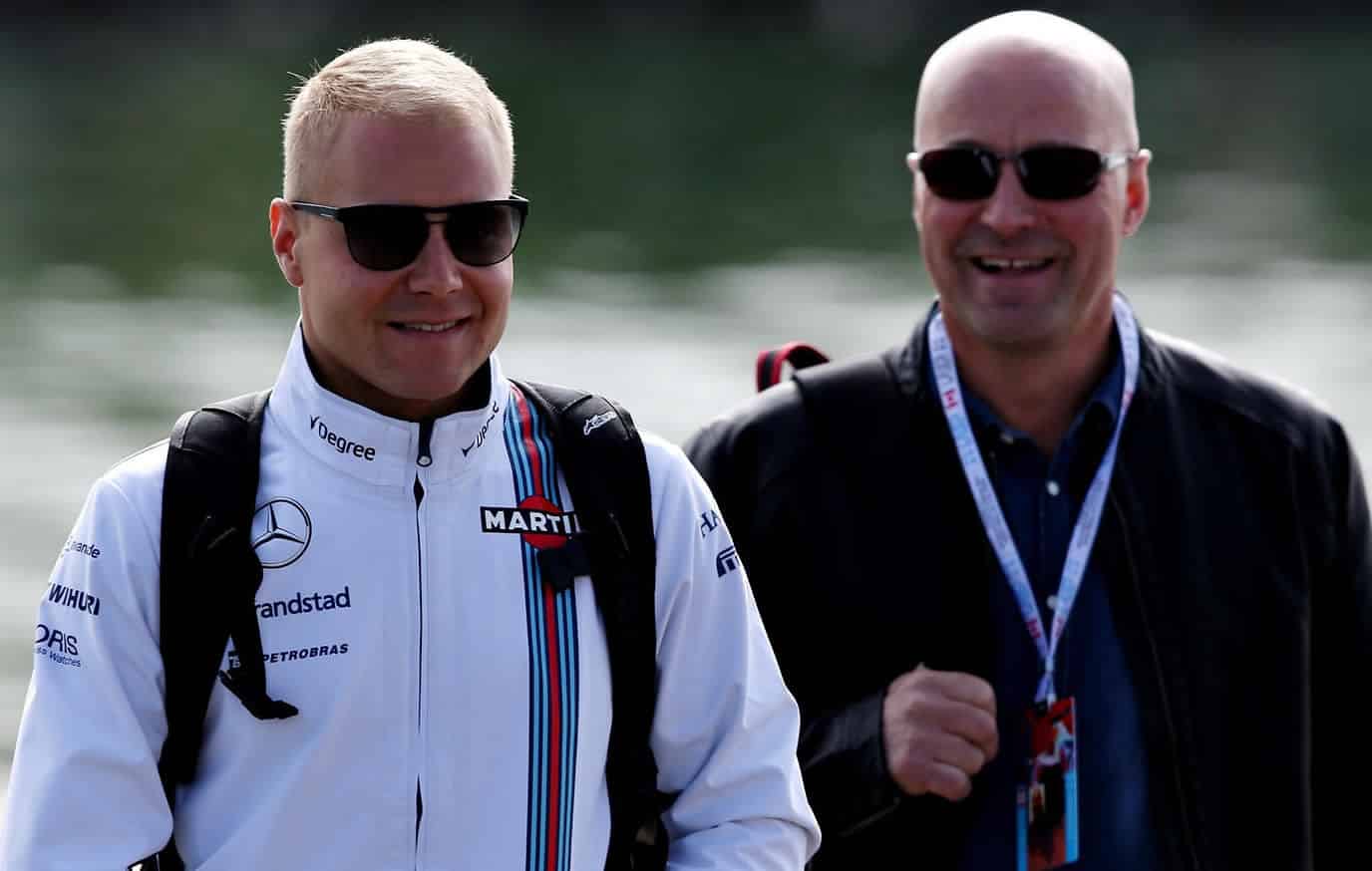 Marianne Välimaa is Bottas’ loving mom. She is also of Finnish origin and has the scary work history of being an undertaker. Most importantly, she has always taken her son’s career seriously.

It was Marianne who talked her husband into putting every penny they had in Bottas’ racing career build up as well as to compromise the family’s free period for the purpose of ensuring Bottas’ rise to fame. 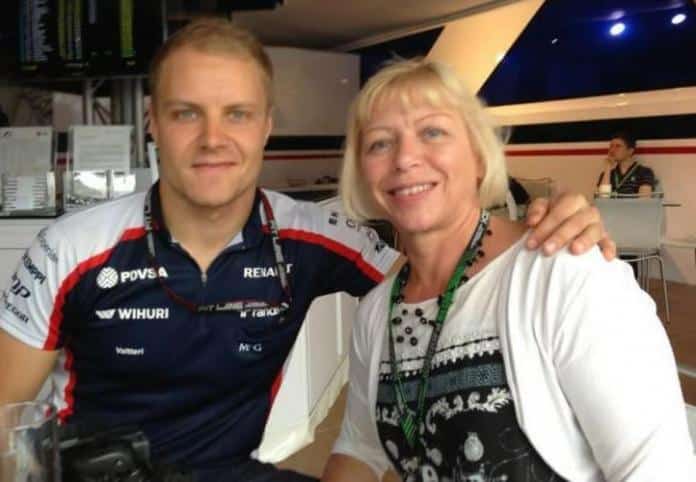 Facts About Valtteri Bottas’ Siblings: Bottas has just one sibling in the person of his older sister Laura. The duo are separated by just a few years and have a similar childhood story.

What’s more, they share the same physical features like hair colour and have an incredible degree of resemblance.

Laura is married at the time of writing and keeps much of her personal and private life away from the prying eyes of biographers. 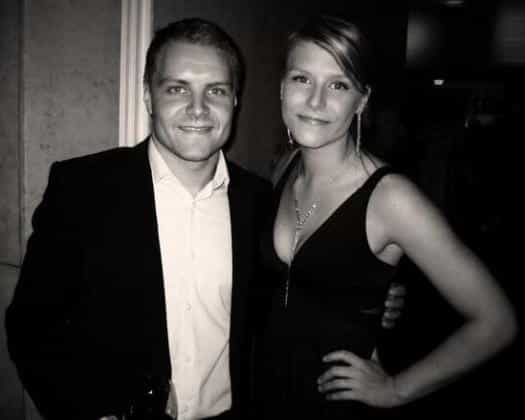 Away from Valtteri Bottas’ immediate family life, we know little about his paternal and maternal grandparents. Also, his uncles, aunts and cousins.

His parents-in-law have been identified as Jukka and Minna Pikkarainen while there are no records of nephews or nieces born to him from his sisters’ marriage.

What do you know about Valtteri Bottas beyond his racing interactions? We take a look into the racer’s personality. To begin with, constituents of Bottas’ persona are a blend of Virgo Zodiac traits.

He is diligent, relentless, responsible and has no problems with revealing facts about his personal and private life.

The F1 race driver who has interests in playing ice hockey possesses a number of hobbies that include relaxing in frozen waters, watching movies and spending time with friends and family. 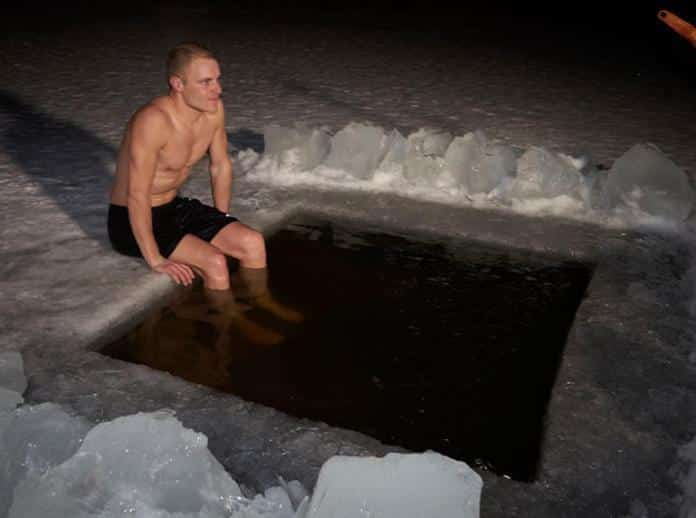 Do you know that Valtteri Bottas has an approximate net worth of $20 million at the time of writing this bio?

Constituents of his fast-rising net worth take their origins from his salary and endorsement deals that amount to millions of dollars annually.

As a result, the racer has no problems with living a luxurious lifestyle. It is obvious in his spending patterns. And possession of assets worth millions of dollars, like his $1.5 million house in Monaco.

The house which possesses deluxe rooms and facilities that reflect the high life of F1 drivers also serve as a garage for Bottas’ collection of fast cars that include a McLaren 675 At, Ferrari F40, Mercedes Benz C- 63 among other exotic rides. 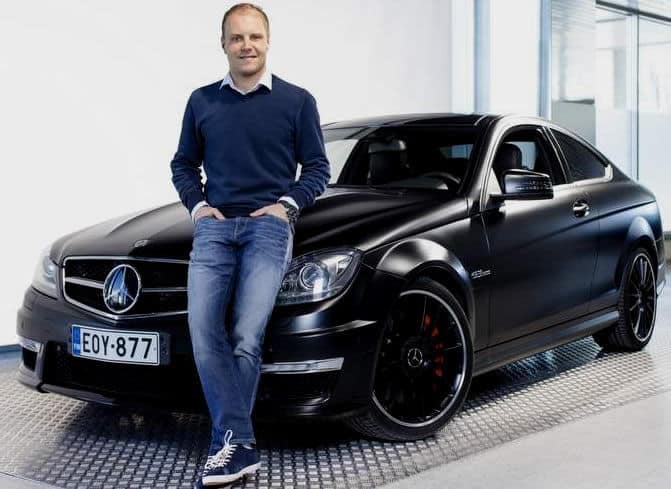 To wrap up our Valtteri Bottas childhood story and biography, we present facts about him.

Bottas is not big on religion. While there are virtually no indicators pointing to his beliefs at the time of writing. Therefore, we cannot state whether he is a believer or not.

Unlike most Formula 1 greats, Bottas has no tattoos. Neither do fans have tattoos of him at the time of writing. He is rather at peace with his near chubby looks and does not consider body arts as a necessary addition. 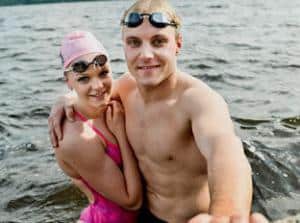 Although Bottas entertains sips of wine, especially after winning races. We do not know him to smoke at the time of writing.

Reasons for such a lifestyle border on a fact. That Bottas has his eyes set on reaping the benefits of living a healthy lifestyle.

Upon graduating from an unnamed academic institution, Finland did sign Bottas up to their Finnish army for mandatory service. The race driver did get a military rank of Lance corporal on completion of the program.

FACT CHECK: Thanks for reading our Valtteri Bottas Childhood Story plus untold biography facts. At childhood biography, we strive for accuracy and fairness while delivering the Biography of Formula One Drivers.