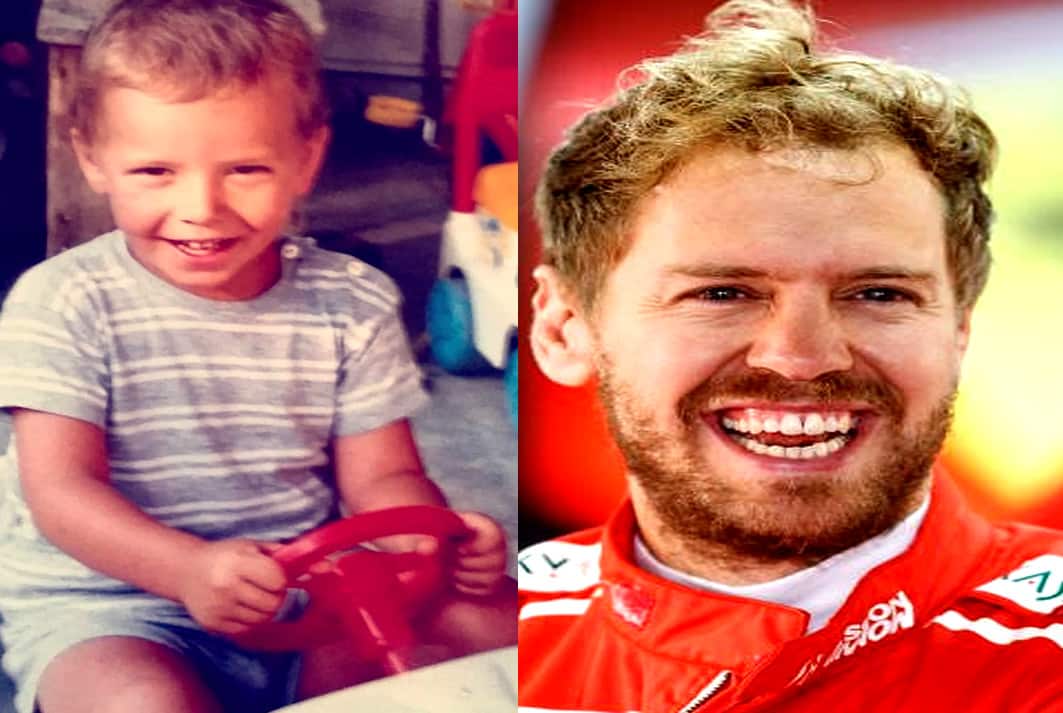 Childhood Biography presents the Full Story of a German racing driver with the nickname “Baby Schumi“.

Our version of Sebastian Vettel’s Biography, including his Childhood Story, brings you a full account of notable events from his boyhood days right until he became famous.

More so, Sebastian Vettel Wife, personal life, family facts, lifestyle and other little-known facts about him.

Yes, everyone knows he is one of the greatest drivers in the history of the sport. However, only a few consider Sebastian Vettel’s biography, which is quite interesting. Now, without further ado, let’s begin.

For Biography starters, Race driver Sebastian Vettel was born on the 3rd day of July 1987 at Heppenheim in West Germany.

Sebastian Vettel is the third of four children born to his mother, Heike Vettel, and to his father, Norbert Vettel. Behold, one of Sebastian Vettel’s parents. 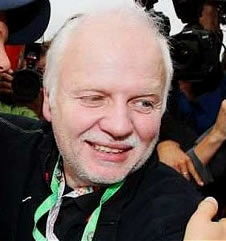 The German national of white ethnicity with little known roots is a bonafide native of Heppenheim where he was raised alongside his older sisters; Melanie and Stefanie as well as his younger brother Fabian.

Growing up at Heppenheim, young Vettel understood the recreational need for speed at a very young age by accompanying his father to racing events.

By the time the racing enthusiast was aged 3, he became committed to driving Karts at home and looked forward to the day he could legally take to the road.

As Vettel’s passion for racing got intense by the years, he could extensively manage anything that dealt with speed except keeping pace with the intensive demands of academics.

Little wonder he performed terribly in academics but passed his leaving exams at Starkenburg-Gymnasium secondary school with a respectable grade that might have screamed – don’t go to college. 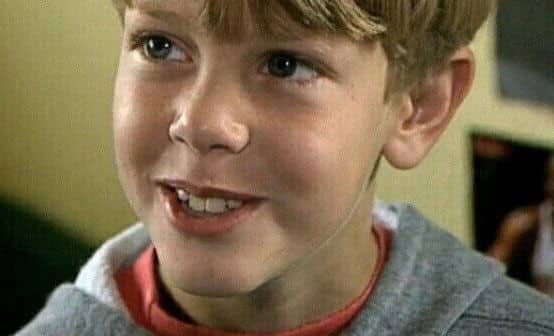 Vettel’s history in competitive racing dates as far back as 1995 when the then 8-year-old began racing in the Kart series.

The talented manner with which he drove eventually made him arrive at Red Bull’s Junior team as an 11-year-old.

While with the Junior team, Vettel laid hands-on numerous titles including the 2001 Junior Monaco Kart cup, which he recalls holding and smiling like an overgrown 14-year-old kid in a candy shop. 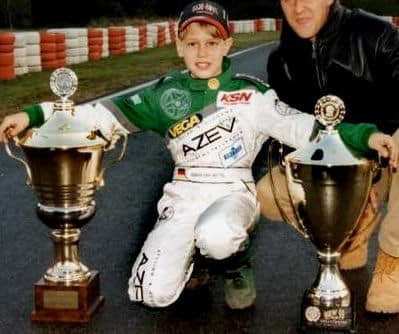 2003 was the year when Vettel’s career officially started after he was promoted to open-wheel cars.

The then-teenage driver went on to secure significant wins and earned promotions in the ensuing four years amidst stalling challenges.

The first unfortunate challenge saw Vettel being fined for exceeding the recommended speed lane limit on re-entering the racing track, while subsequent stagnating incidents on his road to fame took the form of serious crashes and poor finishes.

Not one to snap under the pressure, Vettel got better with each passing challenge and eventually recorded his first breakthrough at a 2008 Italian Grand Prix where he became the youngest driver to win a Grand Prix at the time.

He went on to win the 2010 Brazilian Grand Prix as well as the Abu Dhabi Grand Prix to become the youngest world champion in Formula One at the time. The rest, as they say, is history. 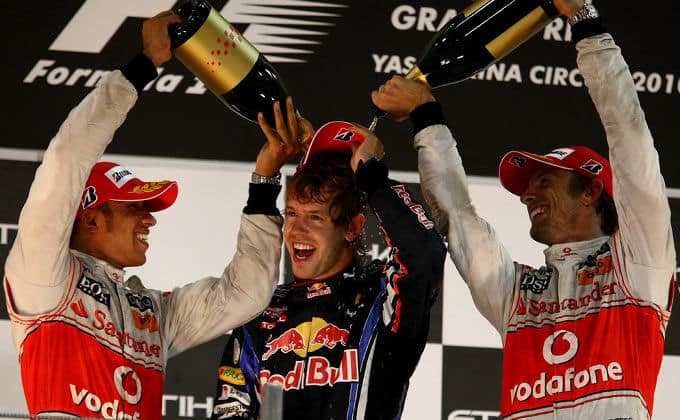 There are a few names that strike chords in Vettel when mentioned, especially that of his childhood friend turned wife – Hanna Prater.

The lovebirds were an inseparable pair through Velvet’s career buildup to his breakthrough.

Their union is blessed with two beautiful daughters at the time of writing. They include Emily Sprater (born January 2004) and Matilda Vettel born (born 2015).

Both kids were born years before Vettel officially got married to Hanna in June 2019. 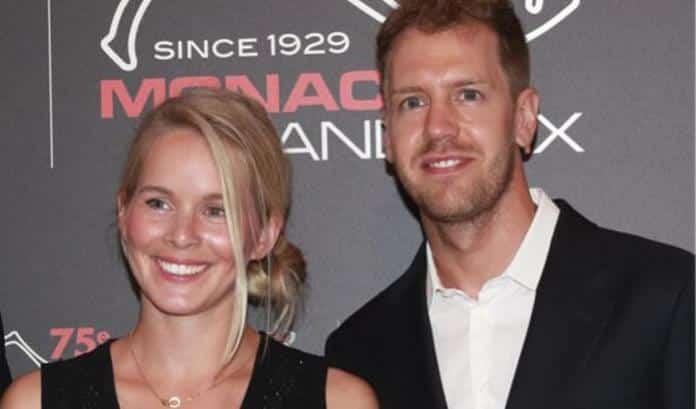 Sebastian Vettel cherishes family and has an amazing family life. Please find below details about members of his family.

Norbert Vettel is Sebastian’s dad. He worked as a carpenter and had a keen interest in racing during Sebastian’s early life.

Norbert, who introduced Sebastian to racing before he was aged three never misses out on providing paternal support to the racer and of course, takes out time to celebrate with him after every win.

Heike Vettel is Sebastian mom. She helped raise the racer and ensured that his early karting endeavours did not put him in harm’s way.

Fast forward to date, Heike continues to double as Vettel’s most passionate fan in words and deeds. 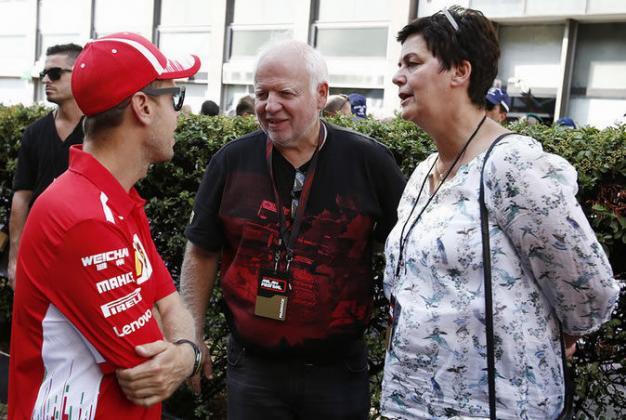 Vettel has two older sisters and a young brother. His sisters include Melanie who works as a dental technician at the time of writing as well as Stefanie who is a physiotherapist for disabled children.

On his part, Sebastian’s younger brother Fabian has a less illustrious career in racing. 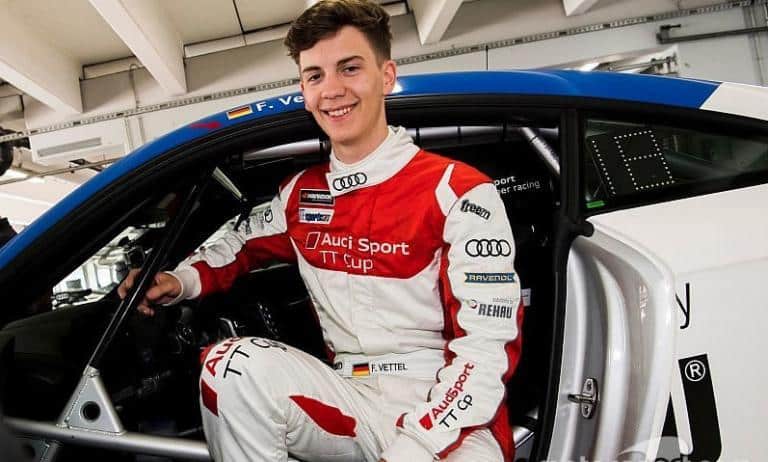 Proceeding to Sebastian Vettel’s extended family life there are no records of his paternal and maternal grandparents while his uncles, aunts, cousins, nephews and nieces are largely unknown at the time of writing.

Personality traits that define Sebastian Vettel are of Cancer Zodiac sign. They include his proclivity for competition and creativity.

In addition, he possesses an impatient persona and hardly reveals details about his personal and private life.

Regarding Vettel’s interests and hobbies, he has quite a number of pastime activities that include listening to music, keeping up with football and basketball games, watching movies as well as spending time with his adorable family and friends. 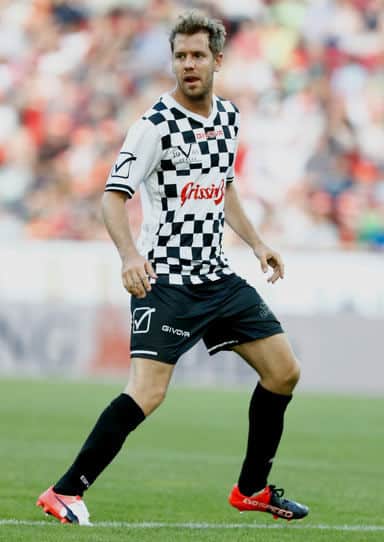 Strong pointers to such a lifestyle include lavish cars like a Ferrari California T and Mercedes SL65 AMG which are parked in Vettel’s little-known house located at the canton of Thurgovia in Switzerland. 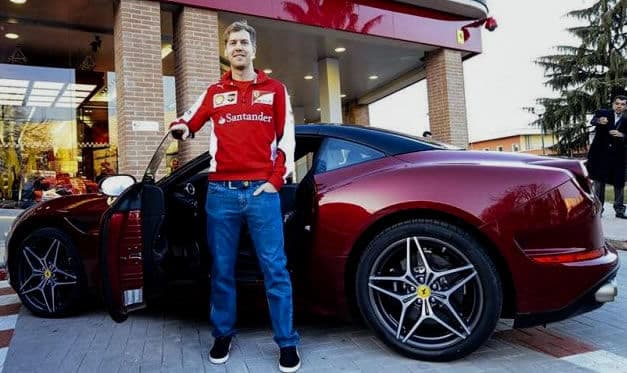 To bring our Sebastián Vettel childhood story and biography to an end, here are untold or lesser-known facts about the awesome driver.

Do you know that Sebastian Vettel could have become a musician? He grew up loving music and had pop icons like Michael Jackson as idols.

Fortunate for the sport of Formula 1, Vettel made the decision to build a career in racing because he lacked the voice to become a musician.

Vettel speaks three languages at the time of writing. They include his native German as well as English which is the most common language of communication in Formula One.

In addition, Vettel has a significant level of proficiency in Italian. 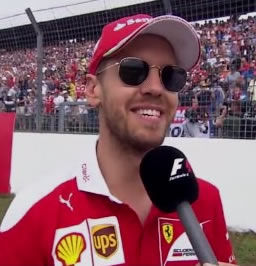 No thanks to Vettel’s preferences for living a private life, it cannot be established whether he smokes as he has not be captured holding cigarettes or cannabis. However, he is given to drinking alcohol, albeit in moderation.

The reason behind his nickname:

“Baby Schumi” has long been associated with Vettel because his style of driving is not any different from that of legendary German driver Michael Schumacher.

However, Vettel has often played down the comparison stressing that he prefers to be called “New Vettel”. 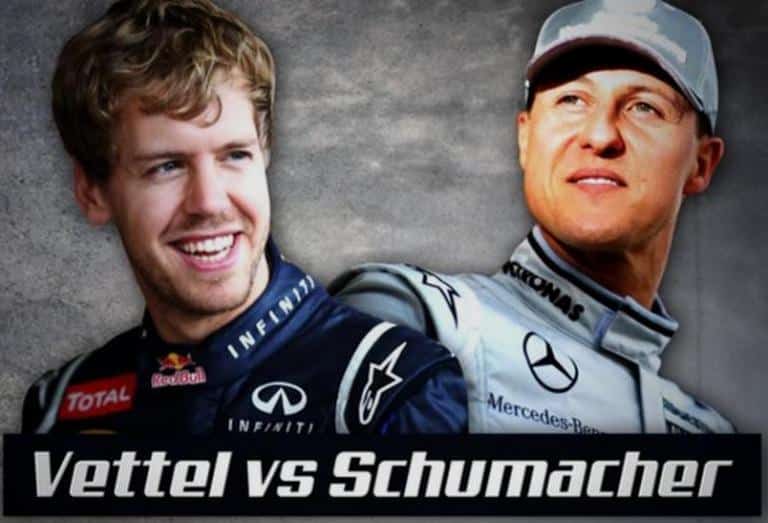 If body art doesn’t look weird on Formula One driver then Vettel would probably be the weirdest driver in the sport as he is yet to seriously entertain the thought of getting ink on his skin.

Vettel is not religious, and he is yet to give clues about his beliefs at the writing. In addition, he has not made statements or moves that give him away as a non-believer. Thus his position of matters of faith lies somewhere between privacy and focus on racing.

Thanks for reading our Sebastian Vettel Childhood Story, and his untold biography facts. At childhood biography, we strive for accuracy and fairness while delivering the Biographies of Formula One Race Drivers.

Kindly stay tuned for more related articles in our Formula One category. You may find some interest in the childhood story of Carlos Sainz, Guanyu Zhou, Yuki Tsunoda and Lance Stroll.