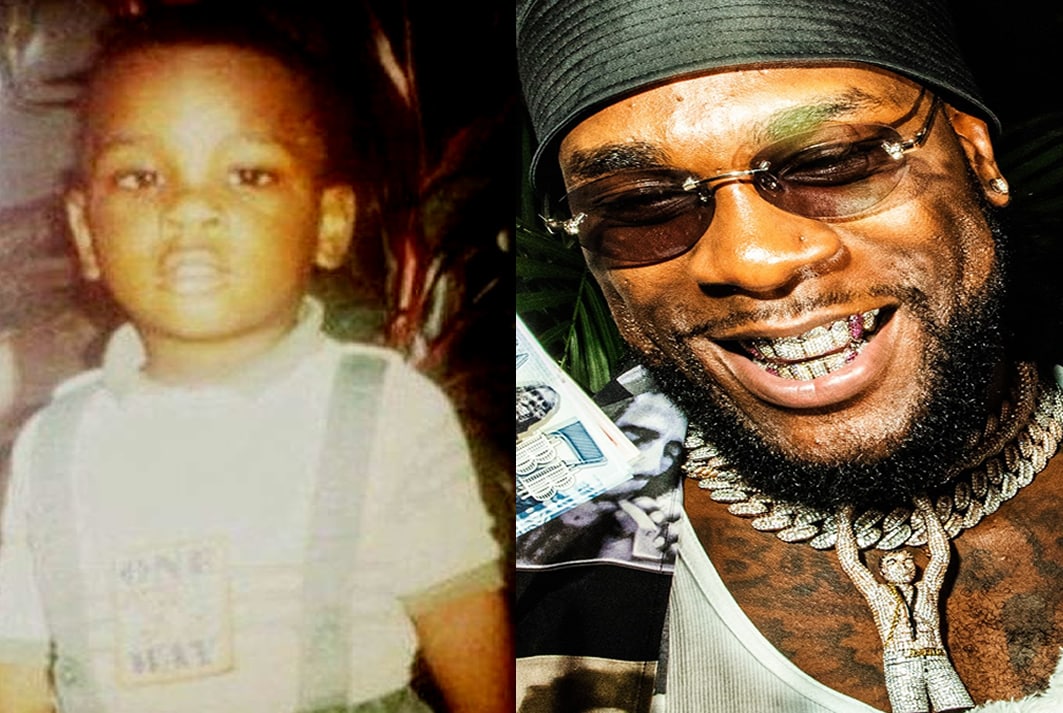 More so, Burna Boy’s Lifestyle, Personal Life, and other notable events right from when he was a child to when he became famous.

Yes, you and I know he is one of the most popular musicians in Nigeria.

However, only a few have considered reading Burna Boy’s Biography, which we’ve prepared, and it’s quite interesting. Now, without further ado, let’s begin.

Starting off, Damini Ebunoluwa Ogulu was born on the 2nd day of July 1991 at Ahoada in Rivers State, Nigeria.

The British and Nigerian rapper is the only son of two children, born to his mother, Bose Ogulu, and father, Samuel Ogulu. Behold, Burna Boy’s parents. 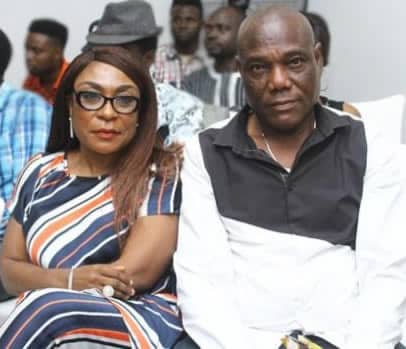 The Nigerian national of Yoruba ethnicity with West African roots spent a few years after his birth in Ahoada, Rivers state before relocating to Lagos where he grew up alongside his younger sister, Nissi Ogulu.

Growing up in Lagos state, Burna Boy was a happy kid who cared less about what most of his peers were engaged in. He was rather interested in music and went on to become passionate about singing. 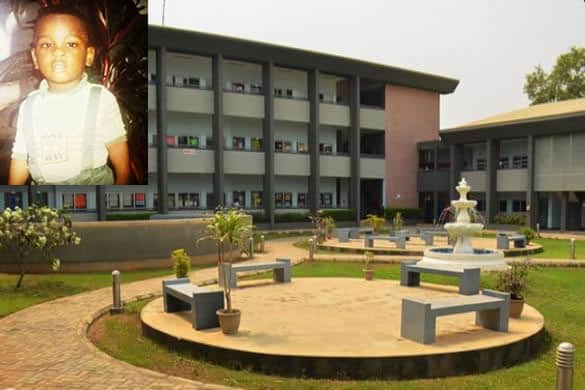 By the time Burna Boy was 10years old, his schoolmate gifted him a copy of the music production software “FruityLoops”.

Using this software on an old computer system, Burna Boy began to produce his own desired music, even at a tender age. He later proceeded to a university in London to continue his education.

Not long after the singer and songwriter enrolled in the university, he got involved in different violent situations which made him have run-ins with the law.

He later dropped out of the university in his second year and returned to Nigeria where he made up his mind to actualize his dreams of becoming a music artist in 2010. 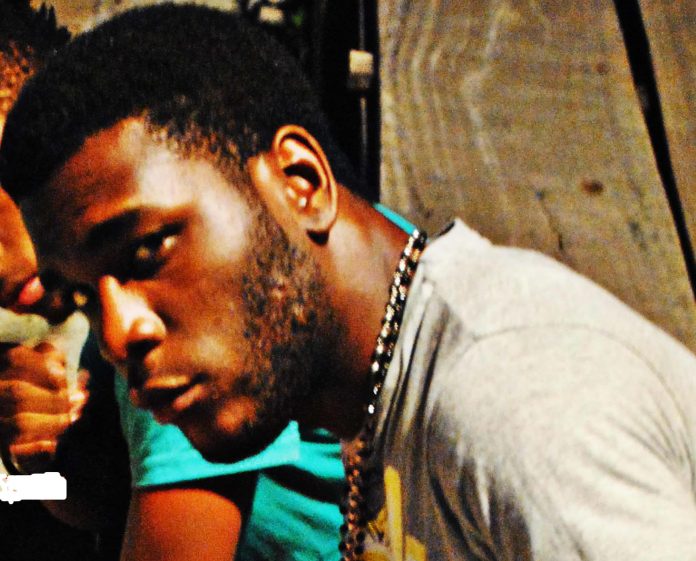 While in Nigeria, a 19-year-old Burna Boy traveled to the southern coast of the country where he met producer LeriQ his old mutual acquaintance.

LeriQ had a studio space that he allowed the singer to use for his music production.

As Burna Boy began to work on his music production, he was unable to come up with musical concepts that could rhyme with the Nigerian style of music, because he had spent most of his early life listening to foreign musicians like DMX. 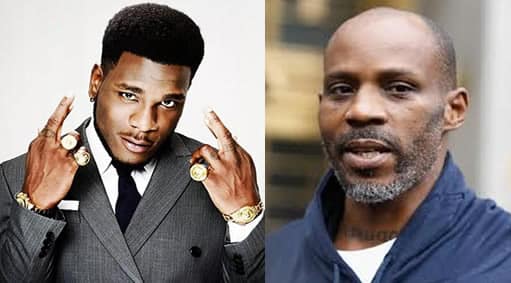 Burna Boy’s inability to produce Nigerian-styled music made him create his unique style which came about due to the inspiration he got from listening to the likes of Fela and other afro sounds and reggae singers.

Following the creation of his unique style, Burna Boy in collaboration with LeriQ released his debut single titled “Like To Party”, which earned him recognition in the Nigerian entertainment industry and also won him the Best Pop award in 2013. 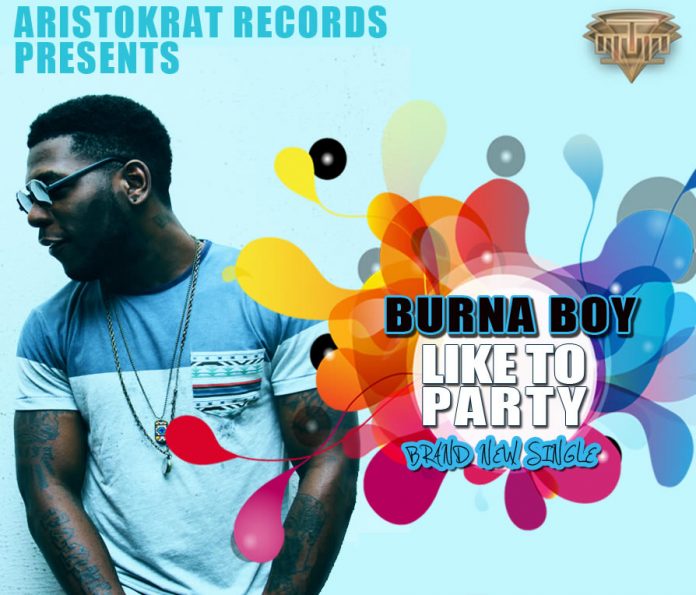 At the time of writing Burna Boy’s Biography, he is seen as one of the top Nigerian artists with a unique pattern in music, all thanks to his “African Giant.”

Just like fellow Nigerian singers- the likes of Kizz Daniel, Davido and Naira Marley, Burna has indeed carved out his own niche in the Nigerian music industry. The rest, as they say, is history.

Burna Boy is yet to be married at the time of writing. We bring you facts about his dating history and current relationship status.

To start with his dating history, we have linked Burna Boy to not less than three girls from the beginning of his career.

The singer once took to his Instagram page to post a picture of him and his first girlfriend of which he revealed that he was 16 years old when they started dating.

Although the name of the lady has not been disclosed to the public, we believe their relationship to have lasted for six years.

He had also been involved in a twisted relationship with Uju Stella Johnson, who claimed to have birthed a child for him.

Although Burna Boy agreed that he had a one night stand with her, he refuses to accept facts about her conception from their intimate relationship. 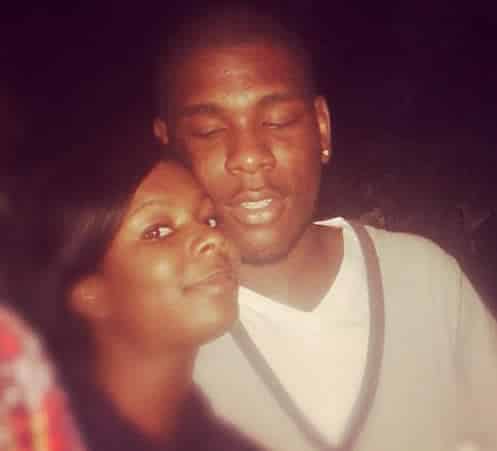 Regarding his relationship at the time of writing, Burna Boy is currently dating Stephanie victoria Allen professionally known as Stefflon Don, a British rapper, singer, and songwriter.

The two love birds met in Ghana when the UK rapper attended one of Burna Boy’s show after she had missed her flight.

Stefflon Don reportedly had a baby boy at the age of seventeen but choose to keep that part of her life private as she does not want too much public attention on her family. 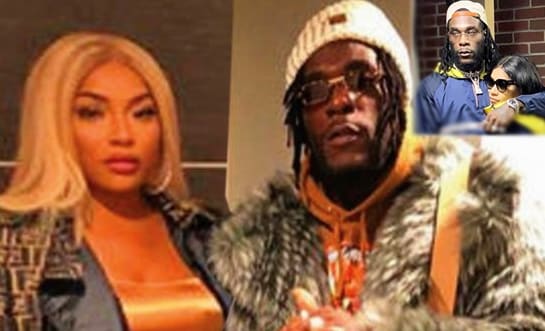 Mr Samuel Ogulu is Burna Boy’s dad, one who ensured an upper-class family background for his household. He was interested in ensuring that his son had a very good education.

Thus, he sent Burna Boy abroad to further his tertiary education in London. His love for Burna Boy’s music style gave the singer more confidence in his music production. 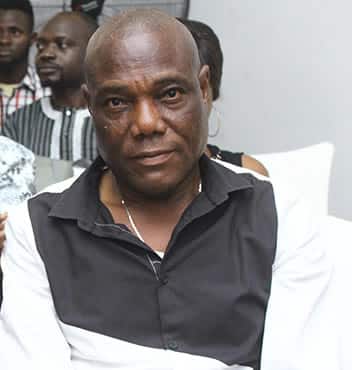 Bose Ogulu is Burna Boy’s mom. She is Burna Boy’s manager and has gained a good reputation for her iconic acceptance speeches made anytime she is privileged to receive an award on her son’s behalf.

With a bachelor of arts in Foreign Language (she speaks English, German, French, Italian, and Yoruba) and a Masters of Arts in Translation, she had worked with the Federation of West African Chambers of Commerce and other professional organizations. 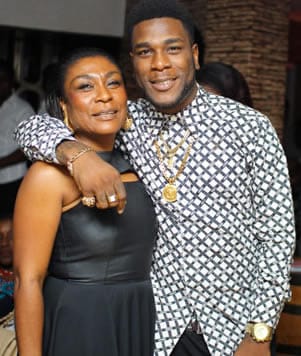 Nissi Ogulu is Burna Boy’s younger sister. She is also talented in the art of music as well as in painting and has spent most of her life in London.

She came into the limelight of the Nigeria Entertainment Industry in 2016 with the release of her debut singles titled “Pay Attention”. 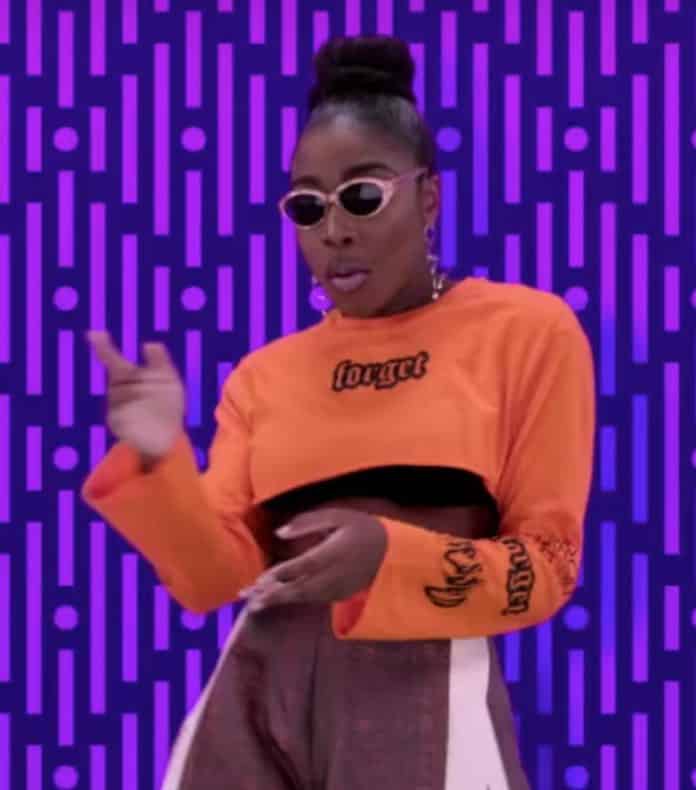 Away from Burna Boy’s immediate family, his maternal grandfather, Benson Idonije was a well-known radio host and also the band manager of the legendary afrobeat originator Fela Kuti. 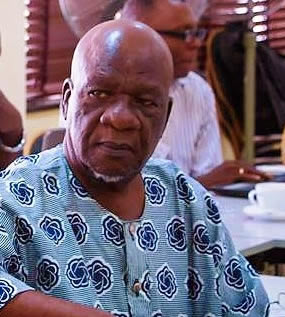 What makes Burna Boy tick? sit back as we bring you makings of his personality to help you get a complete picture of him.

To begin with, Burna Boy’s persona is a blend of cancer zodiac traits.

He is sympathetic, persuasive, tenacious, and highly creative. The aforementioned traits explain why he created his unique style of music.

Burna’s interests and hobbies include; computer programming and dealing with the real estate business.

Burna Boy has an estimated net worth of $10 million at the time of writing. The origin of his wealth stems majorly from his musical endeavours and endorsement deals with brands like Martell Cognac while analysis of his spending patterns indicates that he lives a luxurious lifestyle.

To start with Burna Boy’s assets, he owns a massive and quite expensive mansion which is situated in Lagos State, Nigeria. The mansion is said to have an estimated worth of #150 million.

The Nigerian afro-fusion singer has not less than six cars which include; a Mercedes Benz, a Range Rover Sport, a G-wagon, and a Lexus Saloon 2015 to mention a few.

He also owns a landed property at Ajah which is a large neighbourhood in Lekki, Nigeria. 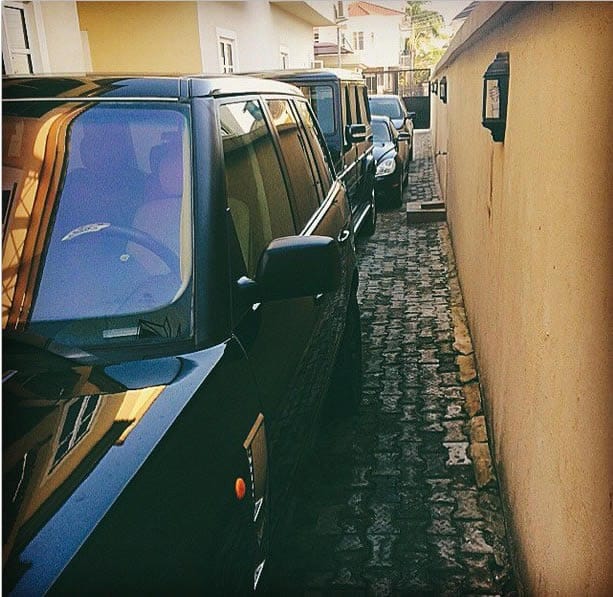 To end our Burna Boy childhood story and biography here are untold or lesser-known facts that you never knew about him. 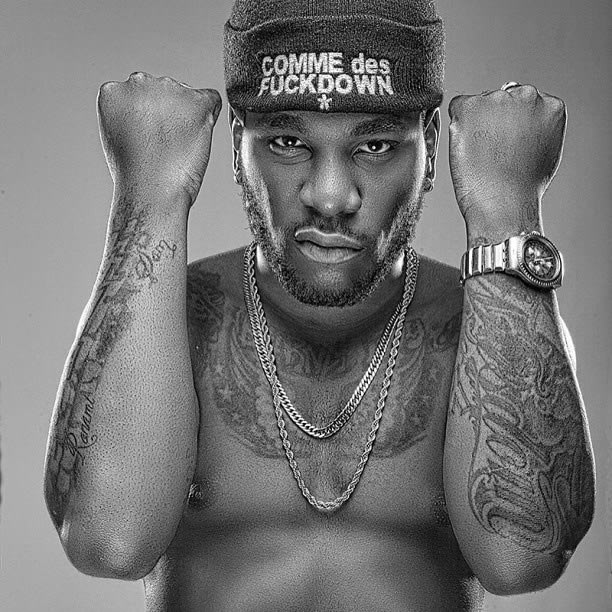 The afro-fusion artiste adopted his stage name “Burna Boy” as a result of his love for comics. He wanted to be a superhero so badly that he would always draw his comics and name the superhero Burna.

Burna boy’s parents raised him the Christian way and according to the religion’s norms.

As a boy, the talented artiste upheld his belief in God. And lived his life. He is fully aware and sensitive to things regarding his faith. And he trust in God almighty.

Burna boy inked his first tattoo at the age of 15, and has inked more than 11 tattoos since then.

He has a tattoo of his role model “Fela Kuti” on his arm. And also noted that his tattoos were an artistic representation of him.

Burna Boy is fond of smoking. And he has been referred to as a chimney on several occasions. Because of his intense smoking habits. 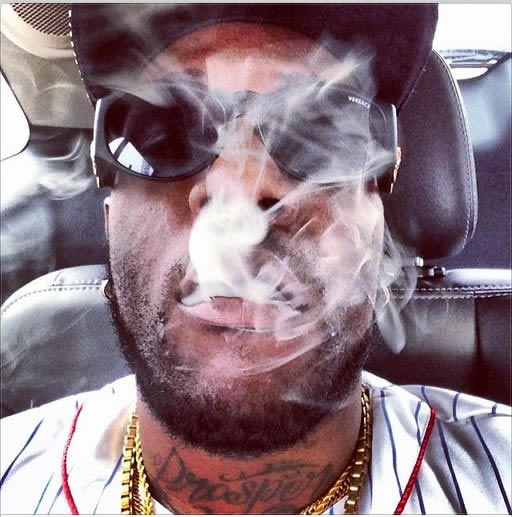 Burna Boy’s wiki knowledgebase helps you find information about him concisely and efficiently. Find below;

Thanks for reading the Biography of Burna Boy. More so, thank you for believing in What we are and What we do.

While putting up this article on Burna Boy Biography and Childhood Story, our editors were on the watch for accuracy and fairness while delivering the Biography of Singers.

Kindly place your comments or contact us if you see something that doesn’t look right on this article about Burna. Otherwise, tell us what you think about the Nigerian Rockstar.

Burna Boy speaks Yoruba but has no Yoruba blood in him. His father is a Rivers man from Ogbogolo-Abua-Engenni stock. He was born in Ahoada town in Rivers State, the local government headquarters then.