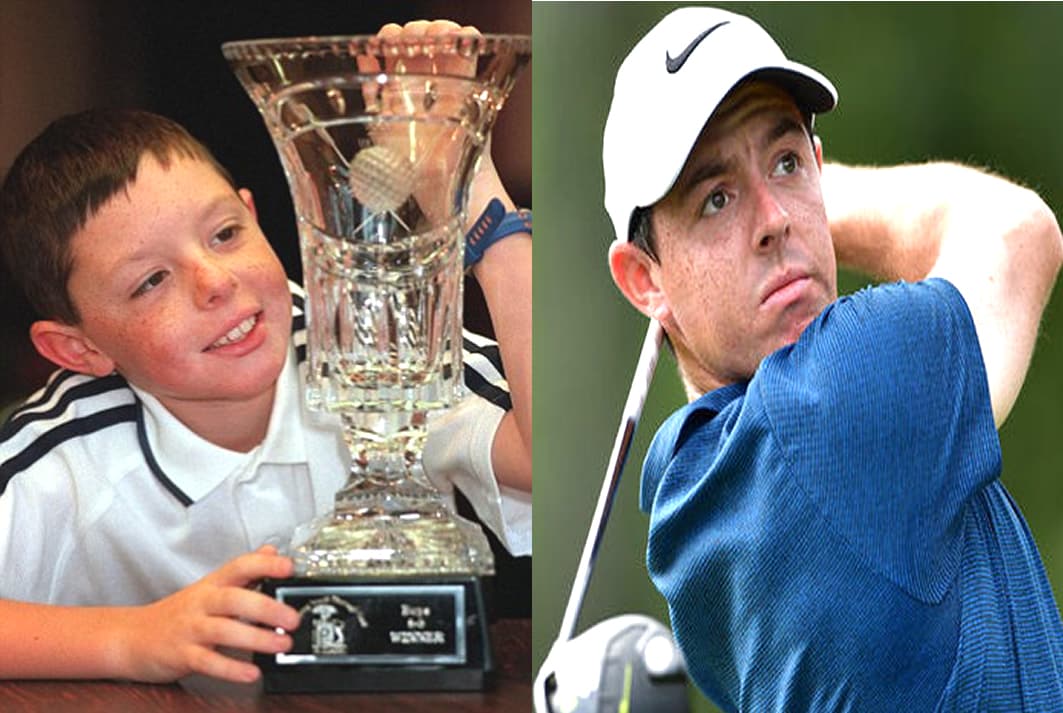 Childhood Biography presents the Full Story of an Irish Professional golfer. He is best known by the nickname “Rors“.

Our Rory McIlroy Childhood Story plus Untold Biography Facts brings you a lot. We’ll tell you a full account of notable events from his childhood time to date.

The analysis of the Legendary Golfer involves his life story before fame. Also, Rory McIlroy’s and family background. More so, many OFF and ON-Screen little-known facts about him.

Yes, everyone knows he has one of the most respected names in the world of golf. However, only a few consider Rory McIlroy’s Biography, which is quite interesting. Now, without further ado, let’s begin.

For Biography starters, Golfing superstar, Rory Mcllroy, was born on the 4th day of May 1989. His birthplace is in Hollywood, at County Down, Northern Ireland.

Rory McIlroy was the only child born to his father, Gerry McIlroy. His Dad was a golfer who worked Several Jobs. Rory McIlroy’s mother is Rosie McDonald. She is a worker at the local 3M plant, then known as Minnesota Mining and Manufacturing Company.

Young Rory grew up with his parents at County Down, a territorial division that is best known for scenic landmarks serving as resorts for activities, including golf. 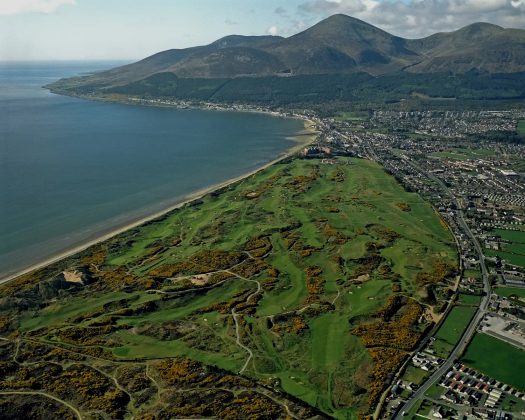 It was only natural for Gerry (Rory’s father) who played golf as an amateur, to attempt developing a natural golf talent in his son by introducing him to the game before he could learn to walk.

Responding, the toddler developed a love for golf clubs and often slept with one by his side. It wasn’t long before he had a perfect grip of the club and was hitting 40-yard drives and above when he was aged 2-4.

Delighted by Rory’s passionate and enthusiastic disposition to the sport, Gerry ensured that the young golf prodigy was brought up in line with his budding passion for golf, as well as intellectual demands by enrolling him in school.

McIlroy had his basic education at ST. Patrick’s primary school in Hollywood. While at St. Patrick, he combined education with interests in golf and was known to be a regular trainee at the Hollywood Golf course which made him her youngest member when he was only aged Seven. 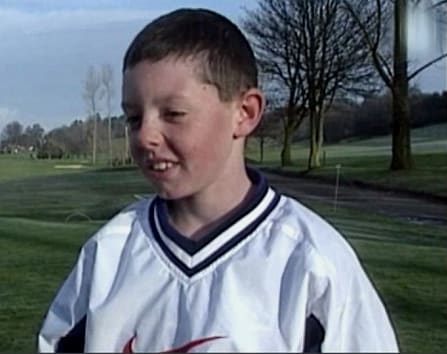 He thereafter stood on the shoulders of golf giants whose mentorships at the club secured him early successes including clinching his first international victory in World Championship for the 9–10 age group bracket at the Doral Golf Resort & Spa in Miami, Florida. 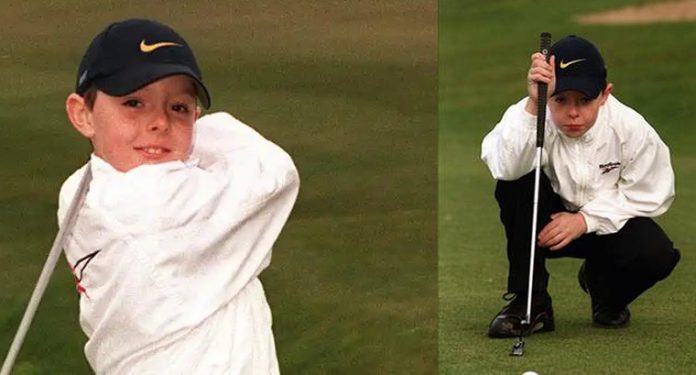 The period marked a time which Rory’s parents started working multiple Jobs in order to meet the costs of training the youngster whose golfing aptitude became apparent with Subsequent tournament victories.

Moving on from St Patrick primary school, Rory progressed to Sullivan Upper school where he had his high school education.

While at Sullivan Upper School, the teenage pupil became a part of Europe’s winning team at the Junior Ryder Cup in 2004 as well as participated in the 2005 British Masters when he was aged 15. 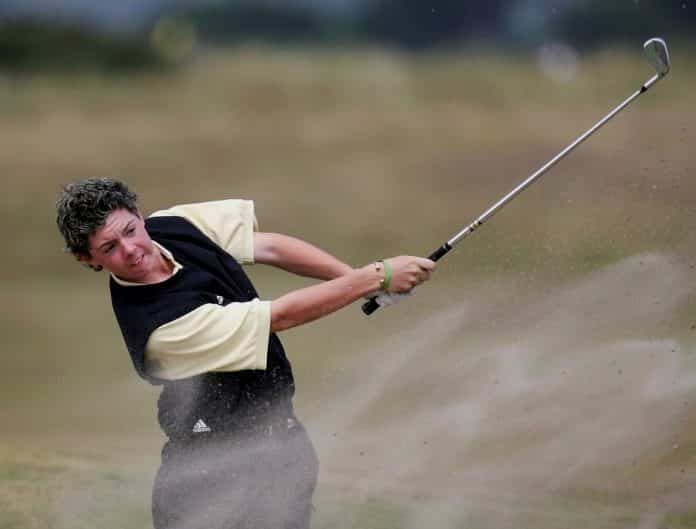 At the age of 16, it became clear that the world was set to be Rory’s oyster after he became the youngest player to win the West of Ireland Championship and the Irish Close Championship. He also took home the 2006 European Amateur title that same year.

2007 was a decisive year for Rory who turned professional and signed with International Sports Management, becoming the youngest affiliate member to ever earn a European Tour card. 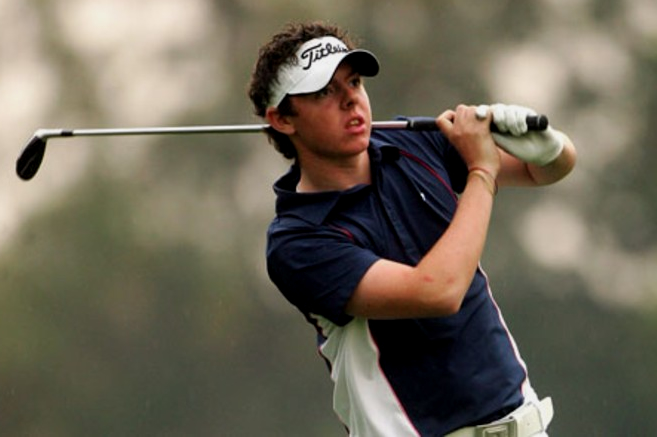 Although the tournaments he picked up between the years 2007 to 2010 fetched him a number of wins and increased his world rankings, Rory’s name was not yet one to conjure with in the halls of fame. 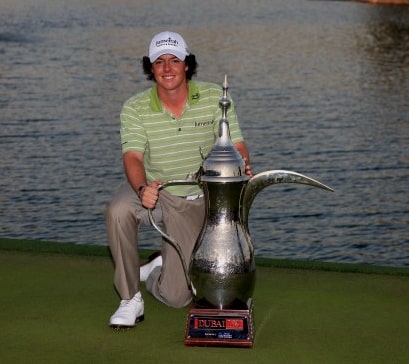 Fame finally came calling in the year 2011 when Rory rode on the waves of a strong start at the U.S. Open in 2011, beating records previously held by Tiger Woods and Jack Nicklaus to Win his first Major Title. The rest, as they say, is history. 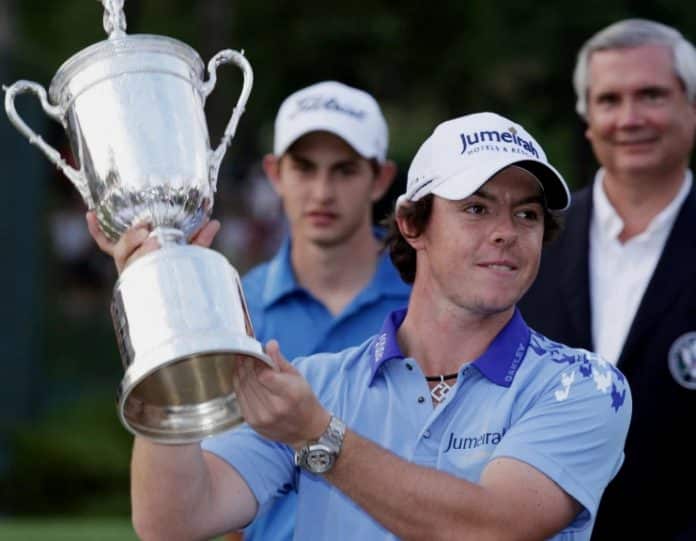 Rory has just a few dating histories, a development that leaves much to be desired when the golfer is compared to contemporaries who have an endless list of Romantic stints.

First on Rory’s shortlist is his Relationship with his first girlfriend, Holly Sweeny. 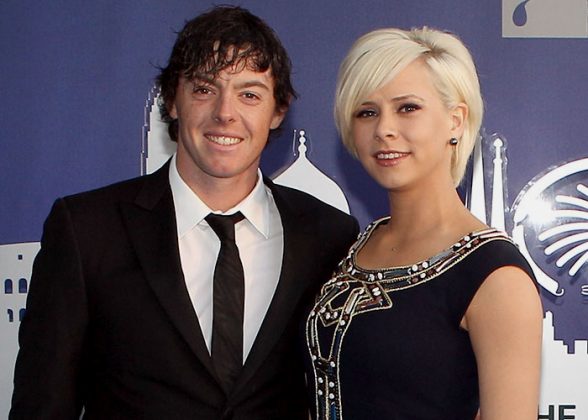 Rory and Sweeny started out as teen lovers while growing up together at County Down. However, they were meant to be together forever as they amicably broke up in 2011 to remain best of friends.

Moving on, Rory sought a committed relationship by dating Tennis star, Caroline Wozniacki. The duo were an Inseparable pair who put up appearances at each other’s games. Resultantly, the media coined their relationship as “Wozzilroy.” 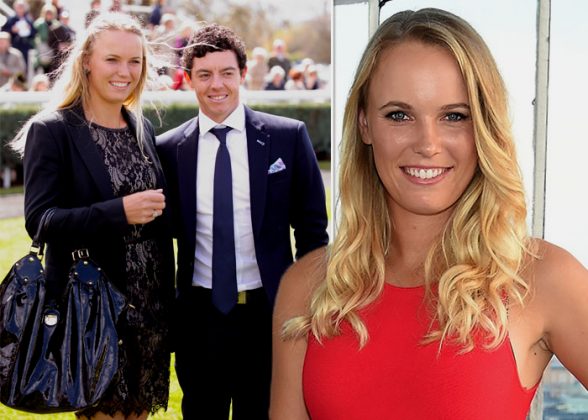 The couple took their first step to a committed relationship by getting engaged in 2013, however, they separated in 2014. Rory honourably took responsibility for their separation by noting that:

“The Wedding invitations issued at the weekend made me realize that I wasn’t ready for all that marriage entails.

I wish Caroline all the happiness she deserves and thanks her for the great times we had”.

Rory first met his future wife Erica Stoll in 2012, a time when he was still in a Relationship with Caroline. The duo remained acquaintances for almost two years before they started dating and made their first public appearance as couples on New Year’s day, 2015. 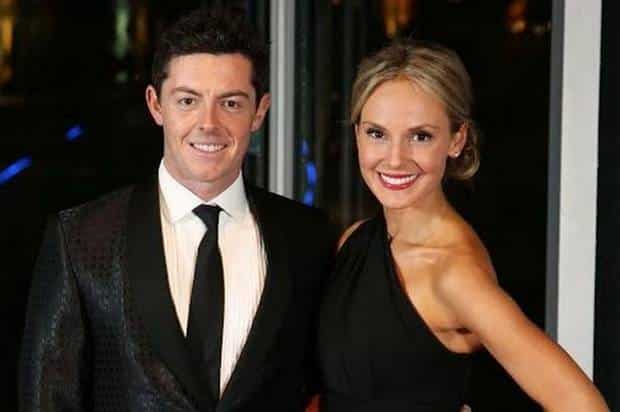 Stoll worked for the American PGA, a job she kept till her marriage held on the 22nd day of April 2017 at Ashford Castle (pictured below) by the village of Cong in County Mayo, Ireland. However, photos of their wedding were not made public. 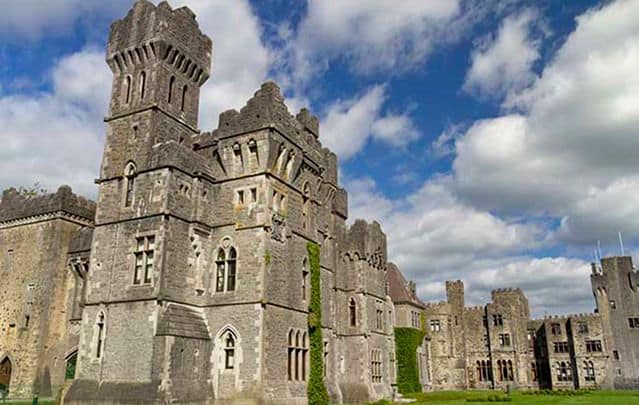 Their union is at this time of writing, yet to be blessed with children.

Rory was the only child born to his parents, we bring you factual details about his parents who sacrificed to see their son become who he is today.

Rory’s father, Gerry Rory is responsible for stimulating his sons’ interest in golf at a very young age. 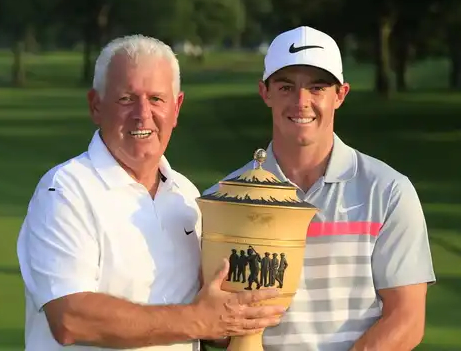 The determined father who once played golf as an amateur juggled between two jobs as a cleaner and barman with a view to giving his son needed support to become a professional golfer. He continues to support Rory by attending major tournaments.

Rory’s mother, Rosie, did the hard task of staying at home during the day for her son and working at a local 3m factory at night in order to meet his junior Golf championship needs. 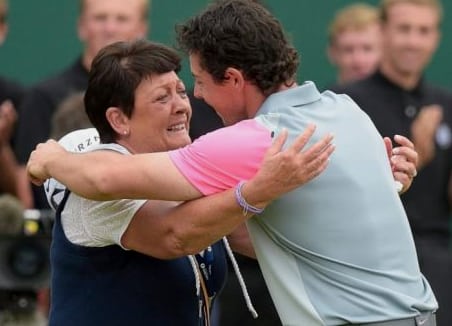 She continues to support her son by attending his Masters and British Open championships, leaving the other two majors for her husband to attend.

Rory, not being an ingrate, once acknowledged his parents’ sacrificial support in the following manner:

“The support of my parents has been incredible. Even to this day, they’re the two people in this world that I can talk to about anything; I couldn’t ask to have two better parents.

They’re there for me at the worst of times, I can’t speak highly enough of my parents. They’re the best people in the world.” 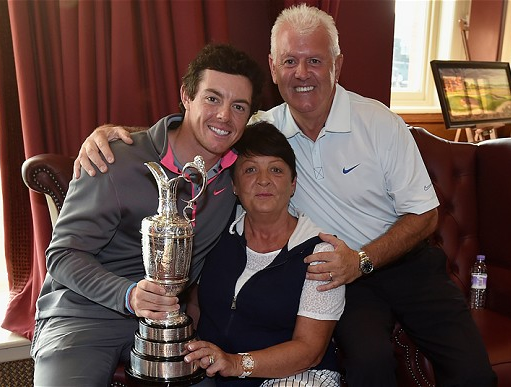 McIlroy has signed lucrative endorsements and Sponsorship deals ever since he rose to fame. 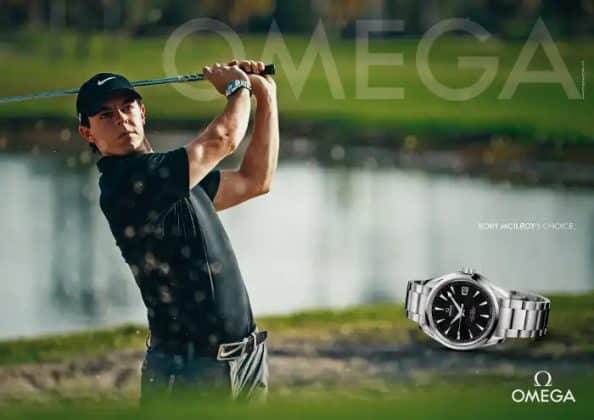 There has been somewhat of a friendly rivalry between McIlroy and Tiger Woods ever since the former beat records set by the latter in 2011.

Fast forward to 2018 it is safe to conclude that Milroy is the man that has taken woods place as golf’s biggest name. Not just names, Rory has replaced Tiger on the most recent cover of EA Sports PGA tour video game. 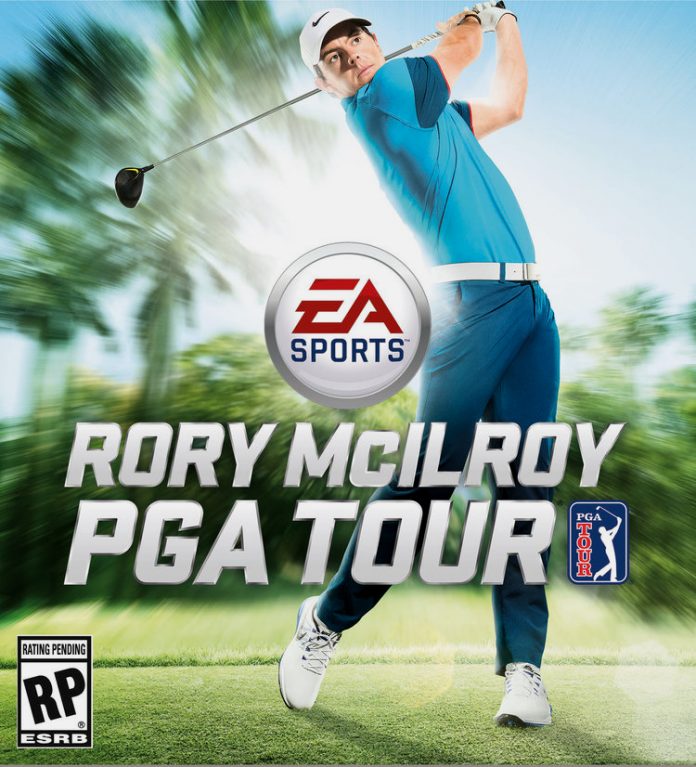 Acknowledging the aforementioned and many other previous achievements, Woods, with tongue firmly in cheek has started calling the Irish man “The Intimidator”.

Responding, Rory However, notes that while he is not “the Intimidator” of Woods, he’s neither intimidated by the ace. According to him:

“How can I intimidate Tiger Woods? I mean, the guy’s got 70-whatever PGA Tour wins, 14 majors – he’s been the biggest thing ever in our sport. in awe of his achievements, but never intimidated.”

It is interesting to note that Rory is one of Woods’ buddies. The duo became friends during the 2012 PGA Tour season. 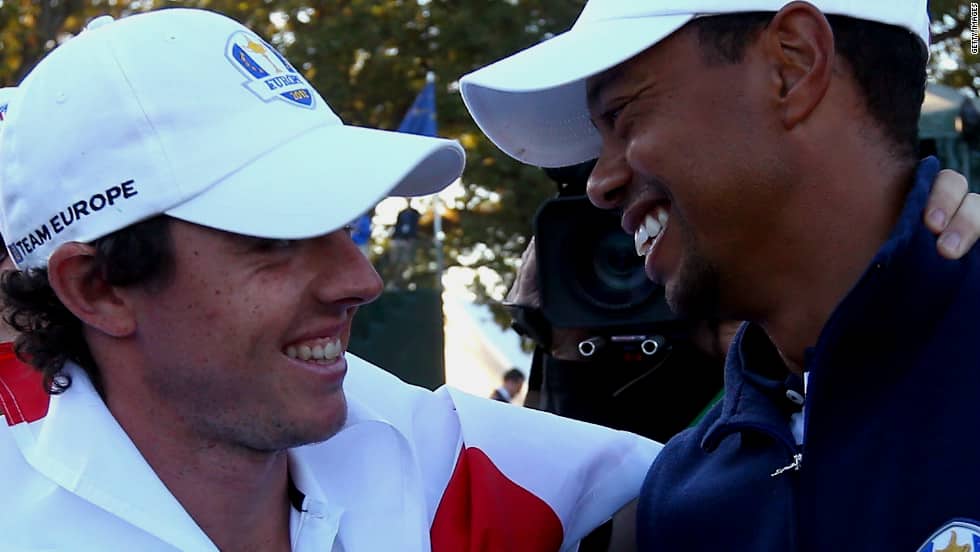 McIlroy is an ever-striving golfer who aims for progress in his engagements. He is not afraid to take important life decisions as evident in calling off his planned wedding after sending invitation cards.

Neither is he afraid to spend money he works hard for as evident in his lavish estates and luxurious procurements. 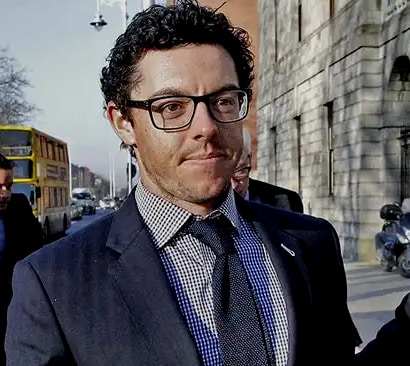 He also loves taking out time to celebrate his success with friends and family whom he feels the need to stay close to.

Manchester United and its fans love Rory in return and once invited him to parade the Claret Jug he won from an Open Championship at Hoylake in July 2014. 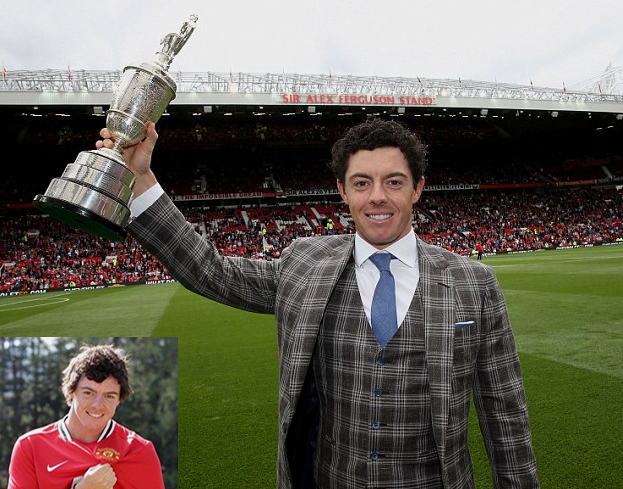 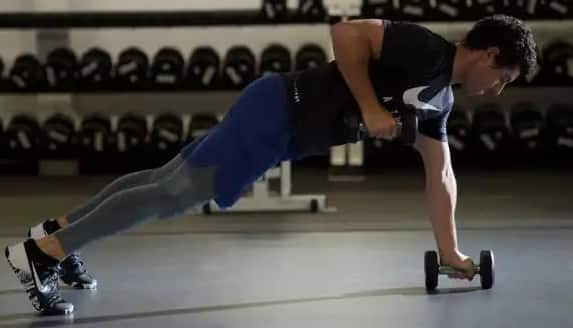 FACT CHECK: Thanks for reading our Rory McIlroy Childhood Story plus untold biography facts. At ChildhoodBiography, we strive for accuracy and fairness. If you see something that doesn’t look right in this article, please place your comment or contact us!