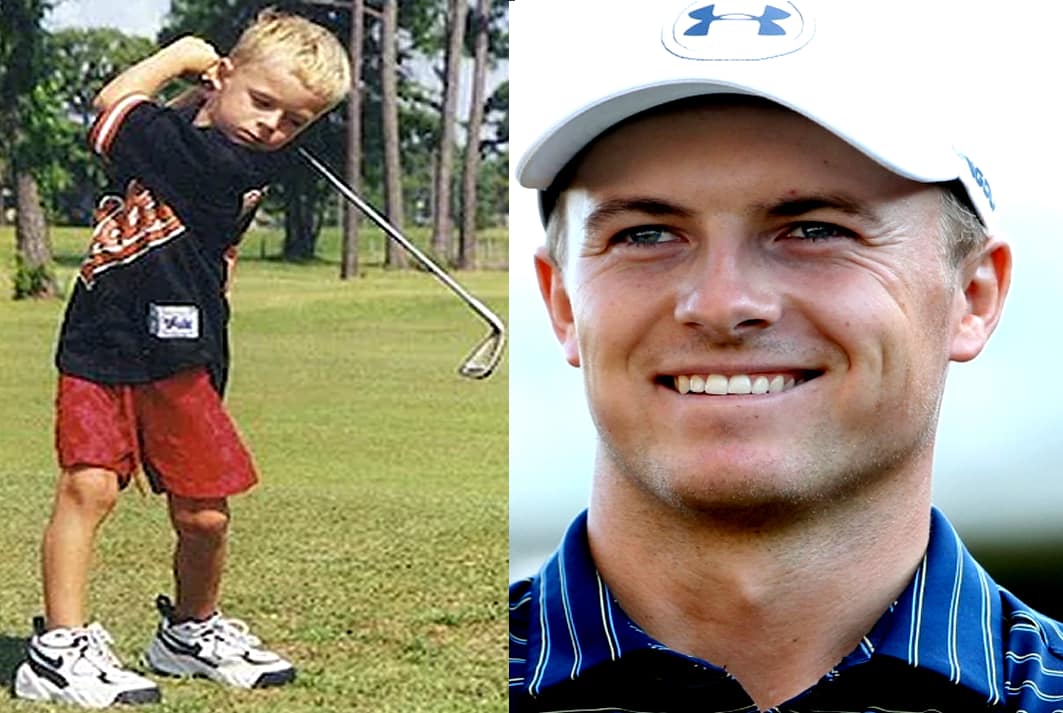 Childhood Biography presents the Full Story of an American Golfer best known by the nickname “The Golden Boy“.

Our Jordan Spieth Childhood Story plus Untold Biography Facts brings you a full account of notable events from his childhood time to date.

The analysis of the American professional golfer involves his early life, life story before fame, family background and personal life. More so, other OFF and ON-Screen little-known facts about him.

Yes, everyone knows how fast he attained great heights in Golf at a very young age.

However, only a few consider Jordan Spieth’s biography, which is quite interesting. Now, without further ado, let’s begin.

For Biography starters, Jordan Alexander Spieth was born on the 27th day of July 1993 at Dallas, in Texas, United States.

He was the first of three children born to his mother Mary Spieth (a computer engineer) and to his father Shawn Spieth (founder of a media analytics startup).

Both mother and father were athletes who played basketball and baseball respectively in college.

Regarding his family background, Speith is an American national of white ethnicity with Irish and German roots.

Growing up in Dallas alongside his sports-loving parents with siblings, Steven and Ellie, young Speith did not sleep with a golf club in his cradle like his counterpart Rory McIlroy, neither did he learn to walk with a club like Phil Mickelson.

Although the golf prodigy was gifted plastic clubs by his parents when he was aged four, there was nothing to the clubs other than mere gifts from parents who didn’t have a clue of what sport their son fancies.

Interestingly, Speith was an apple that fell far from the tree. His first choice of childhood sport was soccer after which his interest fell on baseball, turned to football and shifted towards basketball to the delight of his mother.

It was only when the youngster was aged 9 that he began showing appreciation for golf. 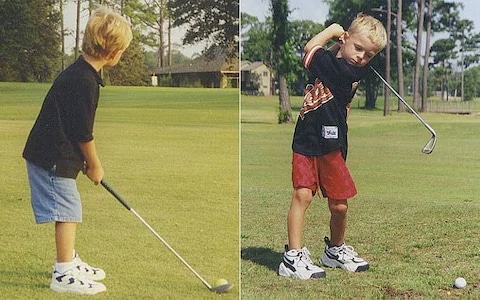 Notable among Speith Academic Background was his education at St. Monica Catholic School.

While at the school Speith was a reserved kid of sangfroid demeanour as his longtime maths teacher, Tom Hood recalls in the following manner:

“I taught math and science, which meant having Jordan for half a day, every day. As a new teacher, you can imagine the challenge. And this was a big challenge; the class was a rambunctious, rowdy group.

At the back of the class, Jordan sat there, totally calm. There would be chaos going on around him. Jordan never knew it but he was a lifesaver in the classroom. He was my salvation. I didn’t lose control, just by looking up and seeing Jordan”.

It was at St Monica’s that Speith proved himself as an excellent athlete, serving as the first-choice pitcher of the school’s baseball team and quarterback of its football team. In addition, he was a starting guard in the basketball team.

Nonetheless, the youngster was not fulfilled in the aforementioned sporting endeavours which quickly left his vault of interests beginning from his decision to quit playing football when he was close to achieving great heights to ditching baseball, a sport that first fetched him local media attention as a kid.

“Jordan just said: ‘I don’t want to play. I only want to play golf. We didn’t even have a golf team.

One day, Jordan’s father came up to me and said: ‘I’m done fighting with Jordan about this.

We are not talking at the dinner table because of it. Nobody understands it but he only wants to play golf.” 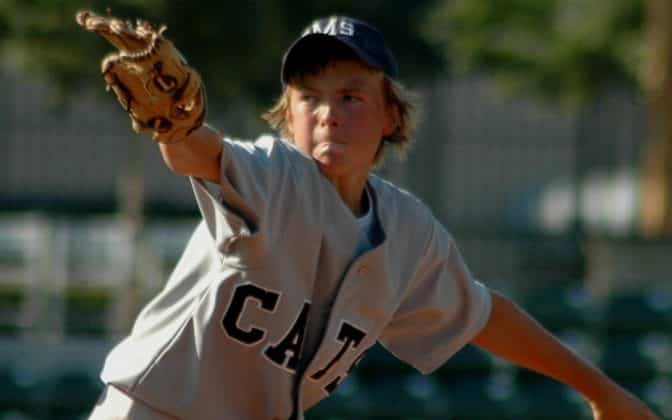 Thus began Speith’s regular outings to Brookhaven Country Club which had proper facilities required for the lad to take early swings into an auspicious future.

A close study of Speith’s journey to fame beginning from his high schools days proves that the youngster was destined to be great.

He was during his mid-teens, a two-time winner of U.S. Junior Amateur Championship and became the second golf player to win multiple titles after Tiger Woods.

He thereafter consolidated on his early success with a college career at the University of Texas where he led the Texas Longhorns to win the 2012 NCAA Team Championship and was named a first-team All-American. 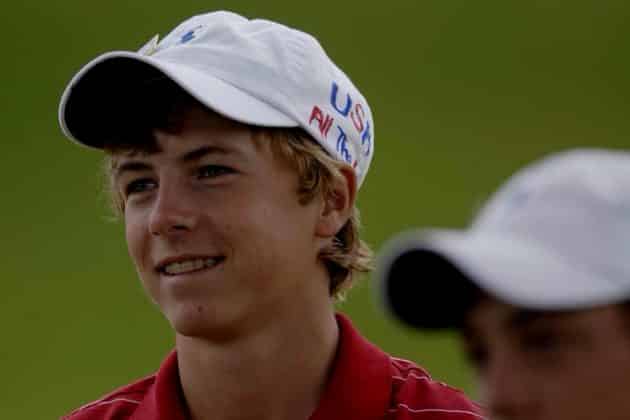 Fame was but a stone throw away for Speith who was in 2010, ranked as number one amateur in the World Amateur Golf Ranking. He turned pro a year later in 2013 at the young age of 19.

The First of Speith’s professional tournament was his baptism of fire at the Farmers Insurance Open in Torrey Pines where he had a fair start.

Redemption, however, came that same season in 2013 when he won his first professional tournament, the John Deere Classic, a feat that saw him become the fourth youngest PGA Tour winner and the youngest to win the event in 82 years!.

An unstoppable Speith would later go on to set many records as the youngest achiever in subsequent tournaments culminating in his “major breakthrough” at the 2015 Masters Tournament.

Jordan Spieth became the second-youngest person to win the event, after which he moved to the 2nd position in world rankings. Names like Jordan Spieth, Dustin Johnson, Scottie Scheffler, Tiger Woods, etc won it after him. 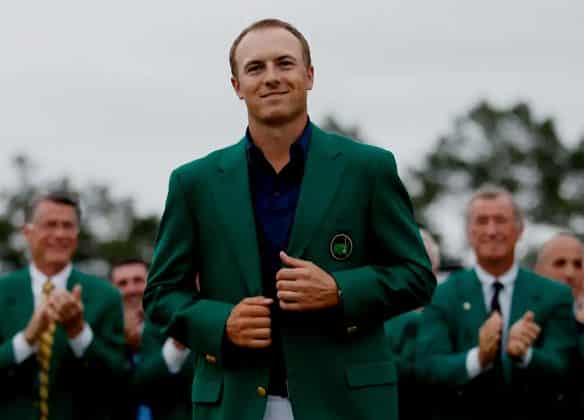 Jordan Speith is yet to get married but engaged to his longtime girlfriend and heartthrob Annie Verret. Speith met Annie during their academic progress at St.

Monica Catholic School. The lovebirds began dating thereafter and have stuck by each other ever since.

Annie is a graduate who works as an event coordinator in Dallas for First Tee, an organization that uses golf in mentoring young people.

She graduated from Texas Tech University with a degree in Business years before Speith proposed to marry her in December 2017.

The engaged couples are renowned for their low key social presence despite being popular in the world of golf.

Jordan Speith was born into a sports-loving family of 5 we bring you factual details about his family.

Speith’s father is Shawn Spieth. He used to be an athlete who played college baseball at Lehigh University.

Years after graduation, he founded MVPindex, a site that measures and analyses sport social media data. 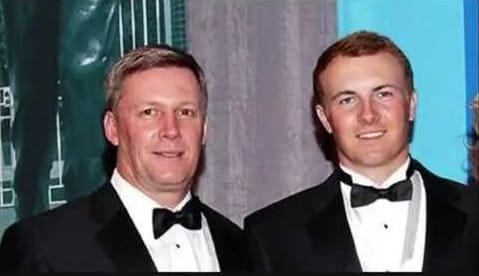 Shawn is a number one fan of his son and never get tired of watching his son’s dream come true.

Years after graduation, she got married to Speith’s father and now work as a computer engineer. It goes without saying that she has been a great mother to her children and a good partner to her husband. 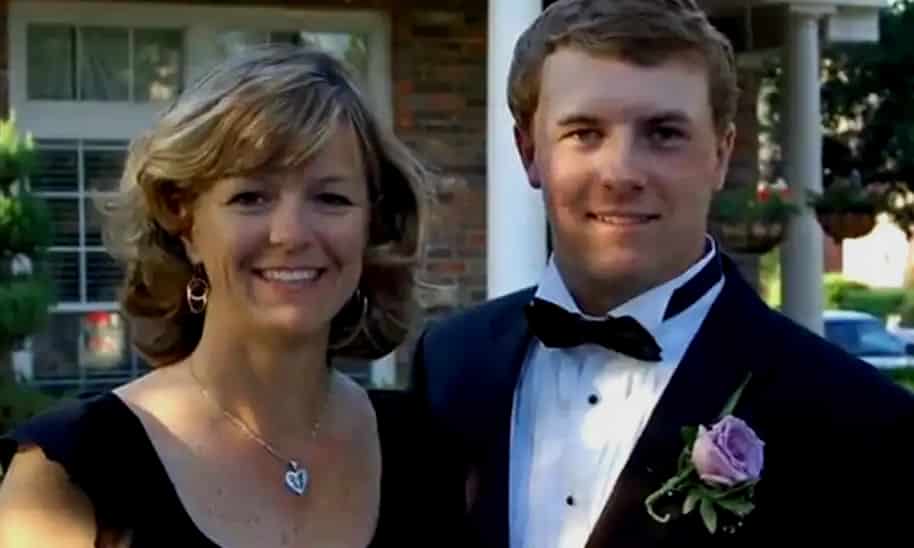 Steven is the only brother of the golf genius. He is a basketballer who became one of the sport’s best players during the Ivy League in 2017. Steven currently plays in Bosnia and Herzegovina. 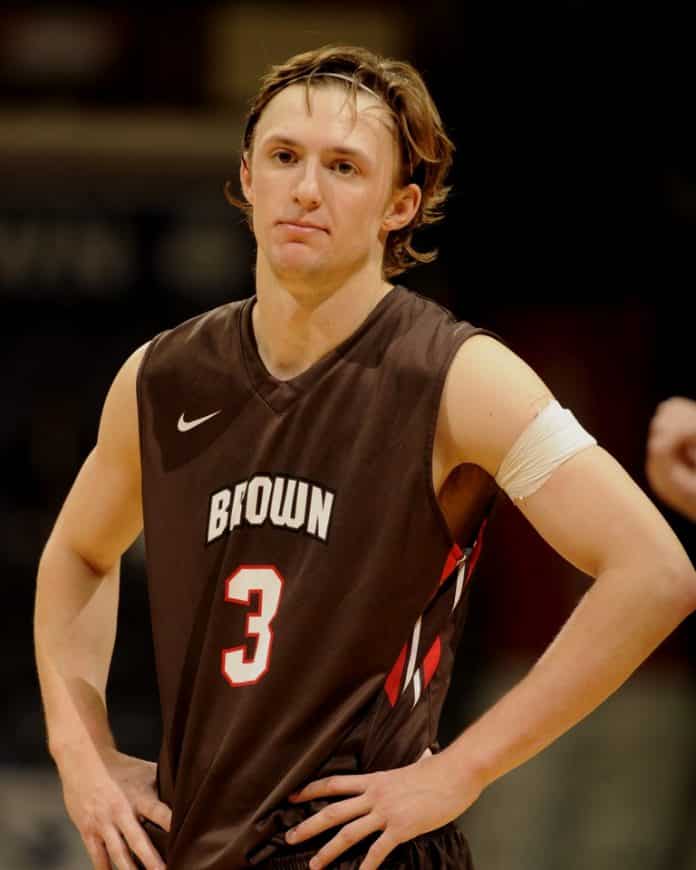 Ellie is the only daughter of the family who was born with special needs due to genetic defects. As a result, her brothers do all that they can to keep her happy and love her. 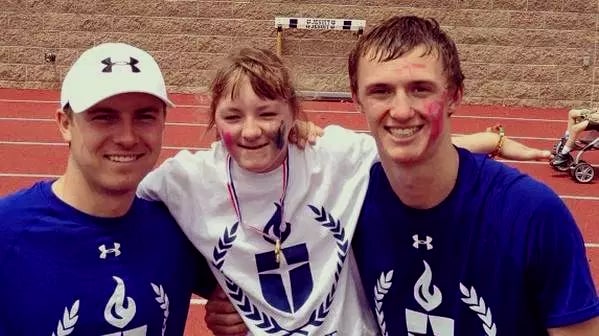 It is that same love that led Speith to establish the Jordan Spieth Family Foundation, which gives help to improve the lives of those with special needs, among other charitable endeavours.

Speith has no fewer than 10 endorsement deals, which add millions of dollars to his fast-growing net worth. The deals include those he signed with Under Armour, AT&T, Coca-Cola, putter grips and General Mills brand Wheaties. 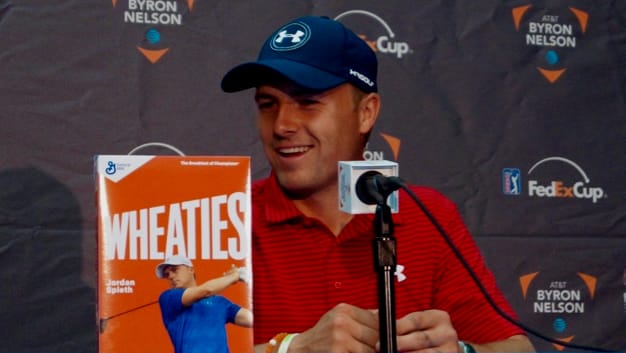 Others include those he signed with NetJets PerfectSense, Titleist, Rolex and SuperStroke. Though there are no records of his private investments it is believed that the humble golfer is working behind the scenes on off-course projects that would soon be made known.

Speith is a young player who still has much to achieve considering his young age. However, golf is not the main priority of the champ who puts family first.

His modesty and good relationship with everyone he crosses path with have earned him a likeable personality than 100 Major Wins would. 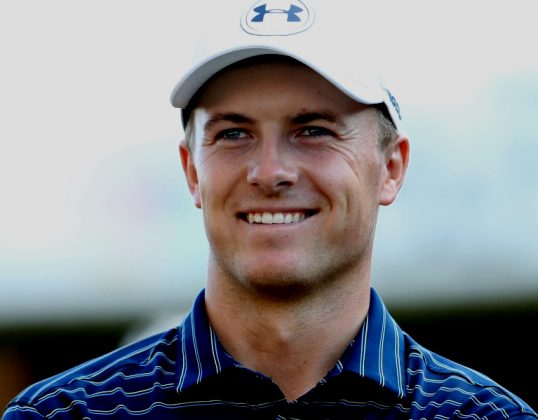 Little wonder he is much considered by the press to be a commodity that golf in the United States lacks.

FACT CHECK: Thanks for reading our Jordan Spieth Childhood Story plus untold biography facts. At childhood biography, we strive for accuracy and fairness. If you see something that doesn’t look right in this article, please place your comment or contact us!