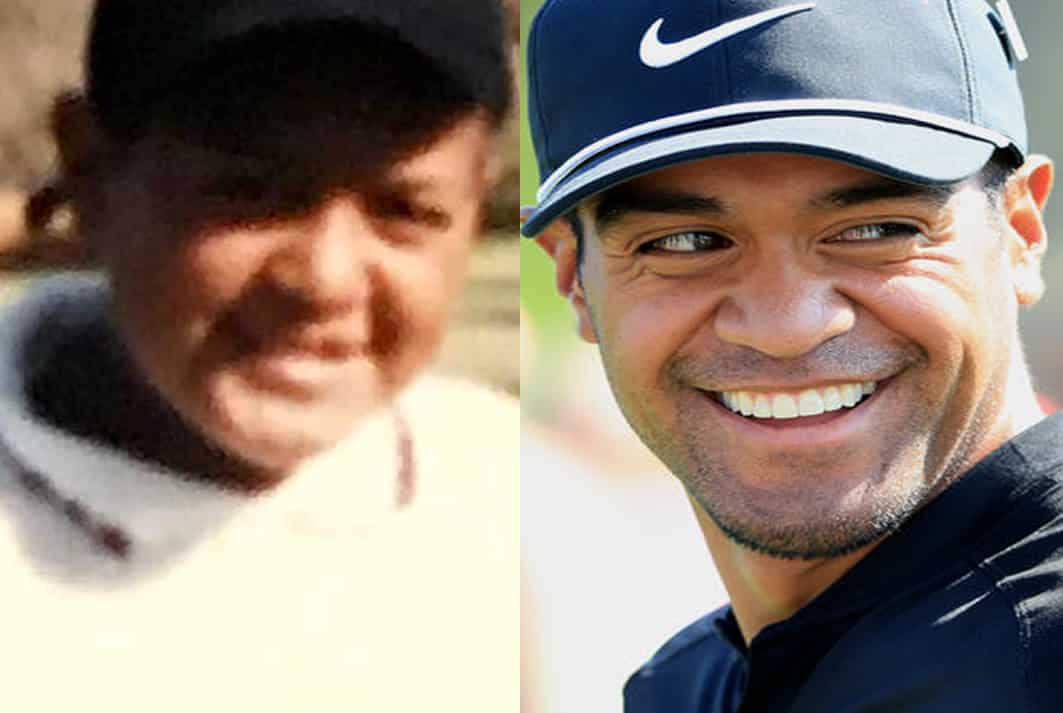 Childhood Biography presents the Full Story of a golf player with the nickname “Gary“.

Our version of Tony Finau’s Biography and Childhood Story brings you a full account of notable events from his childhood time to date.

More so, Facts about Tony Finau’s wife (Alayna Finau), personal life, family facts, lifestyle and other little-known facts about him.

Yes, everyone knows of his awesome golf skills. However, only a few consider Tony Finau’s Biography, which is quite interesting. Now, without further ado, let’s begin.

Starting off, Milton Pouha “Tony” Finau was born on the 14th day of September 1989 at Salt Lake City in Utah, U.S.A. He was born to his father, Kelepi Finau and to his mother, Ravena Finau. Behold, Tony Finau’s parents.

The American national of mixed ethnicity with Tongan and Samoan roots was raised in his hometown – Salt Lake City – where he grew up alongside a younger brother, Gipper Finau and 5 other siblings; Gipper, Kelven, Pianola, Tevita, Heilala and Kaylene.

Growing up in his hometown, young Finau began what could be best described as an unlikely journey to professionalism in golf.

Unlikely indeed, the present-day golf player could not be referred to as a prodigy when he was 6 years old.

More so, golf was practically alien to natives of his hometown who are culturally inclined to play American football. Did golf discover Tony or otherwise?. Sit back as we unravel the ‘unlikely’ discovery.

Super Golfer, Tony, was aged seven when he sat on a couch opposite a television in his family’s apartment at Rose Park, Salt lake city.

His eyes were fixed on the TV as he watched how a 21-year-old Tiger Woods made playing golf at a masters tournament look easy.

Although Tony had never watched a golf tournament before, he was Mesmerized by Tiger Woods confidence and inspired to make a foray in the sport.

Welcoming the decision, Tony’s father, Kelepi had neither knowledge of how to play the sport nor financial strength to hire a coach.

Notwithstanding, he obtained a copy of “Golf My Way” by Jack Nicklaus and assumed the role of a coach for Tony and his younger brother, Gipper.

Sailing on unchartered waters, Tony and his brother were taught the fundamentals of golf by their father, while their education at West High School in Salt Lake City opened a window for participation in state golf championships.

Upon graduating from the high school, Tony was offered scholarships to play college golf at Stanford and BYU while Weber State and Utah State wanted him to play basketball.

It is interesting to note that Tony declined all scholarship offers and never went to college.

Backed with an impressive amateur career record, the then 18-year-old turned professional in 2007 and started out with mini-tours that include NGA Hooters Tour, Gateway Tours among others.

At the peak of Tony’s early career, he entered The Big Break competition in 2009 and finished second.

Two years later in 2011, Tony lost his mother to a road accident. The unfortunate incident made a mournful and stressful Tony had a health breakdown that saw him hospitalized. He could barely walk for five weeks and could not swing a golf club for eight weeks.

However, he came to terms with the fact his mom would earnestly desire to see him make a breakthrough in golf against all odds, a desire which informed his comeback to the sport in 2012.

Picking up from he left off, Tony won the first mini-tour he entered after the 8-week layoff. His next major success came the next year in 2013 when he finally made it through PGA’s qualifying school after years of struggle (between 2007-2011).

With the qualification, there was no end in sight to what Tony could achieve as he became the first person of Tongan or Samoan descent to win the Web.com’s Stonebrae Classic in 2014.

Two years later, Tony got his first PGA Tour victory at the Puerto Rico Open in 2016 and made it to the FedEx Cup finals in 2017.

Tony Finau is married at the time of writing this bio. We bring you facts about his dating history and marital life. To begin with, Tony is not known to have had any girlfriend before he married his wife, Alayna Finau.

Although Little is known about how the couples met and married, CB can authoritatively report that Alayna’s maiden name is Alayna Sulesa Galeai.

She was born on the 10th of August 1990 in Laie, Hawaii and was a former volleyball player who played the sport at Notre Dame de Namur in Belmont, Cali.

Their marriage is blessed with three sons and a daughter. They include: – from the oldest to youngest – Jraice, Leilene Aiaga, Tony and Sage.

Tony Finau comes from a middle-class family background. We bring you facts about his family life.

Kelepi Finau is Tony’s dad he is an immigrant from Tonga who worked very hard to earn money that would sustain his family and promote Tony’s interests in golf.

He is credited for pulling off a number of improvisations that include turning the family’s garage into a makeshift golf practice centre before he could afford taking Tony and his brother to a good golf course.

Ravena Finau was a strong and loving mother who helped raised tony and his six siblings.

She is credited for playing huge sacrificial roles including sleeping in a car with Tony during a PGA Junior Series event in Milwaukee because they could not afford to book a hotel room.

Until her death via a road accident in 2011, Ravena was a godly mother who taught her kids to be respectful and see everybody in good light.

Tony Finau has four brothers and two sisters. His brothers are Gipper, Kelven, Pianola, and Tevita while his sisters are Heilala and Kaylene.

Little is known about the siblings except for Gipper who shares a similar childhood story with Tony. The duo who have just 11 months age difference between them are considered to be twins.

They both started playing golf during their early life, however, Gipper is yet to record a breakthrough in the sport at the time of writing.

Away from Tony Finau’s immediate family, members of his extended family include his cousins and NFL players Haloti Ngata and Sione Pouha as well as another cousin, Jabari Parker who plays in the NBA.

Tony also has a relative Stanley Havili who made it to the NFL. Meanwhile little is known about Tony’s maternal grandparents, paternal grandfather and grandmother as well as uncles and aunts, a development which goes across the board for his nephews and nieces.

What makes Tony Finau Tick?. Sit back as we bring you makings of Tony’s personality to help you get a complete picture of him. To begin with, Tony’s persona is a blend of Virgo Zodiac traits.

He is virtuous, generous, optimistic and moderately reveals information about his personal and private life.

Tony Finau has an estimated net worth of over $9 million at the time of writing and lives a conservative lifestyle within the means of his earnings.

The origin of Tony’s wealth stems from his golf endeavours and endorsement deals with Nike, Reese’s peanut butter cups among others.

Meanwhile little is known about Tony’s house and cars collection as he only draws attention to his career.

To wrap up our Tony Finau childhood biography here are untold or lesser-known facts. That are rarely included in his bio.

Tony Finau has no tattoos neither does he drink alcohol or smoke any form of inhalant.

The golf player has a Foundation called Tony Finau Foundation. It is aimed at empowering and inspiring families.

To discover, develop and harness their talents through the game of golf, educational funding, and core family values.

Regarding his religion, Tony was born and raised as a Christian. More so, he is an active member of The Church of Jesus Christ of Latter-day Saints.

FACT CHECK: Thanks for reading our Tony Finau Childhood Story plus untold biography facts. At childhood biography, we strive for accuracy and fairness while delivering you the Biography of Professional Golfers.