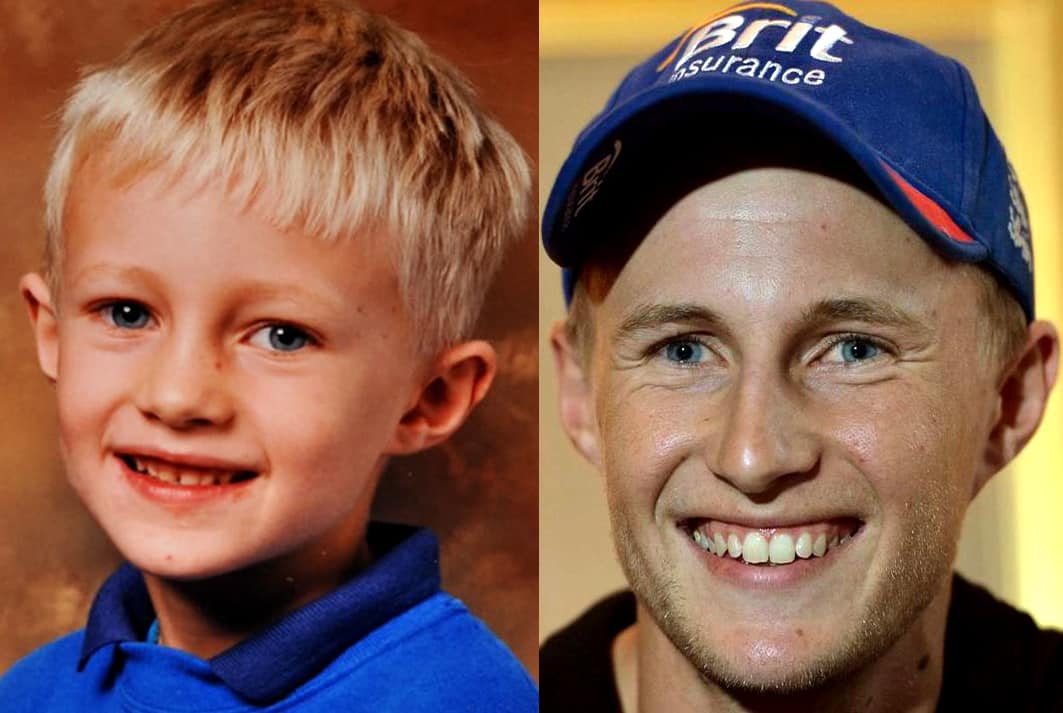 We present the Full Story of an English Cricketer with his nickname “Rooty.”

Our version of Joe Root’s Biography Facts, including his Childhood Story, brings you a complete account of notable events from his childhood.

More so, the cricketer’s relationship life, personal life, family facts, lifestyle and other little-known facts about him.

Yes, everyone knows he is one of the best Test Batsmen in the world. However, only a few consider Joe root’s biography, which is quite interesting. Now, without further ado, let’s begin.

For Biography starters, Joseph Edward Root was born on the 30th day of December 1990 at Sheffield in South Yorkshire, England.

He was the eldest of four children born to his mother, Helen Root and to his father, Matt Root. Behold, Joe Root’s parents.

The British national of white ethnicity with little known roots was raised at his birthplace in Sheffield at south Yorkshire in England, where he grew up alongside his younger brother, Billy Root as well as sisters – Wanda and Amanda.

Growing up in Sheffield, Young Joe was part of cricket-mad household which had a rich history in the sport.

His grandfather, Don was one of the sport’s passionate enthusiasts while his father, Matt was a former 2nd XI player with Nottinghamshire.

Thus, hours after Joe was born a small cardboard bat was placed in his little hands to induct him into the family sport. Thereafter, Joe grew up enjoying the game of cricket with his father and brother Billy.

Speak of Joe’s educational background, he started out by attending Dore Primary School near Sheffield where he was both captain of the school’s football and cricket team.

He also accorded desired attention to academics and was quite good at sketching. 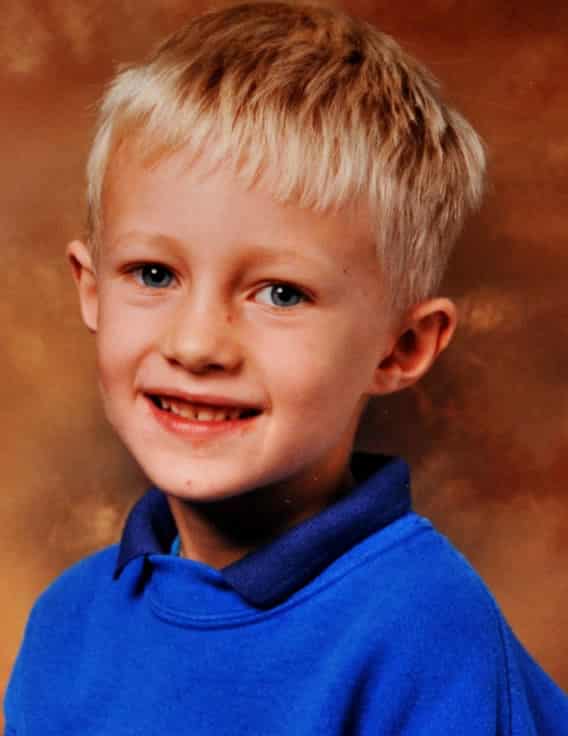 Subsequent academic pursuits saw Joe progress to King Ecgbert School in Sheffield where his intense engagements in cricket and eye-catching performance secured him a Cricket Scholarship to Worksop College in Sparken Hill, England. 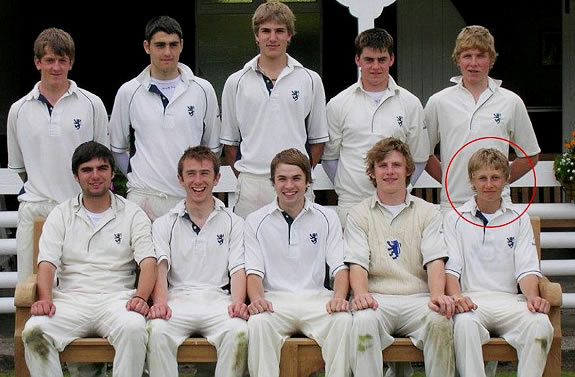 Joe was still studying at Worksop College when he made his  Yorkshire Second Team debut on 18 July 2007.

It wasn’t long before he was given an opportunity in the first team during Yorkshire’s final Pro40 match of the season at Headingley, against Essex.

Upon his graduation from Worksop College in 2008, Joe set his eyes on becoming a professional.

Thus, he signed a three-year professional contract with Yorkshire which wasted no time to make known their interests of sustaining the services of the cricket prodigy in 2009. 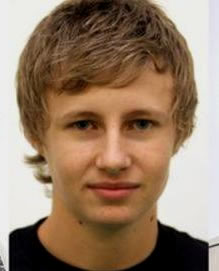 Months after signing his professional contract with Yorkshire, Joe was was called up to England team’s for the Under 19 Cricket World Cup, in New Zealand where he helped his side progress to the quarterfinals before they were knocked out of the event by West Indies. 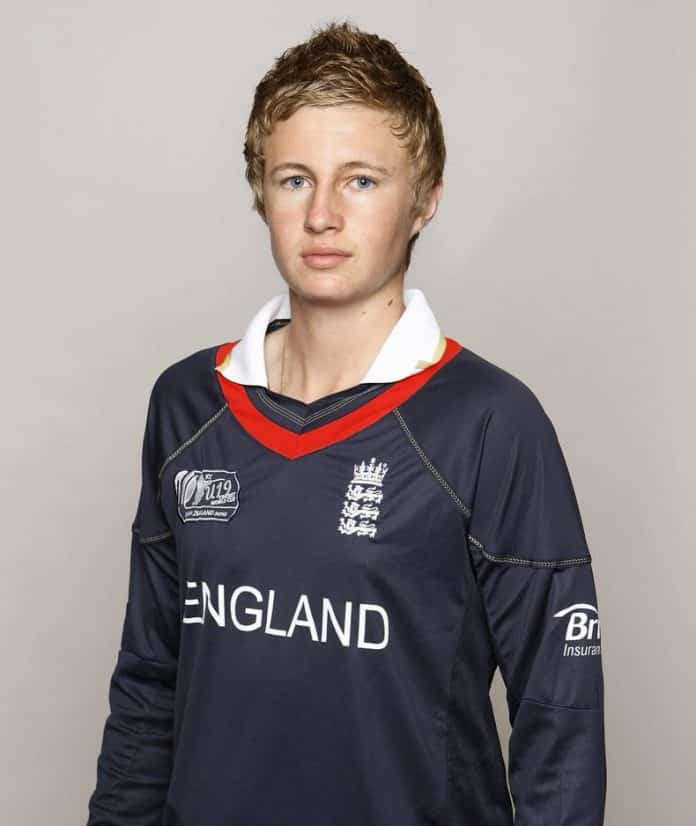 Undeterred by his team’s near underperformance, Joe availed himself of a refresher course in the winter of 2010 and was sent to Darren Lehmann Academy in Adelaide, South Australia where he mastered the art of fine-tuning his game.

As the years progressed, Joe advanced intact and proved his worth in 2012 when his superb representation of England in series of Test Cricket saw his side secure a historic win on Indian soil.

Joe went on to make his Twenty20 debut and was also included in the ODI squad where he finished the series with 163 runs.

Fast forward to date, Joe is the Captain of the England Test team with his latest achievement being part of the England squad that won the 2019 Cricket World Cup. The rest, as they say, is history. 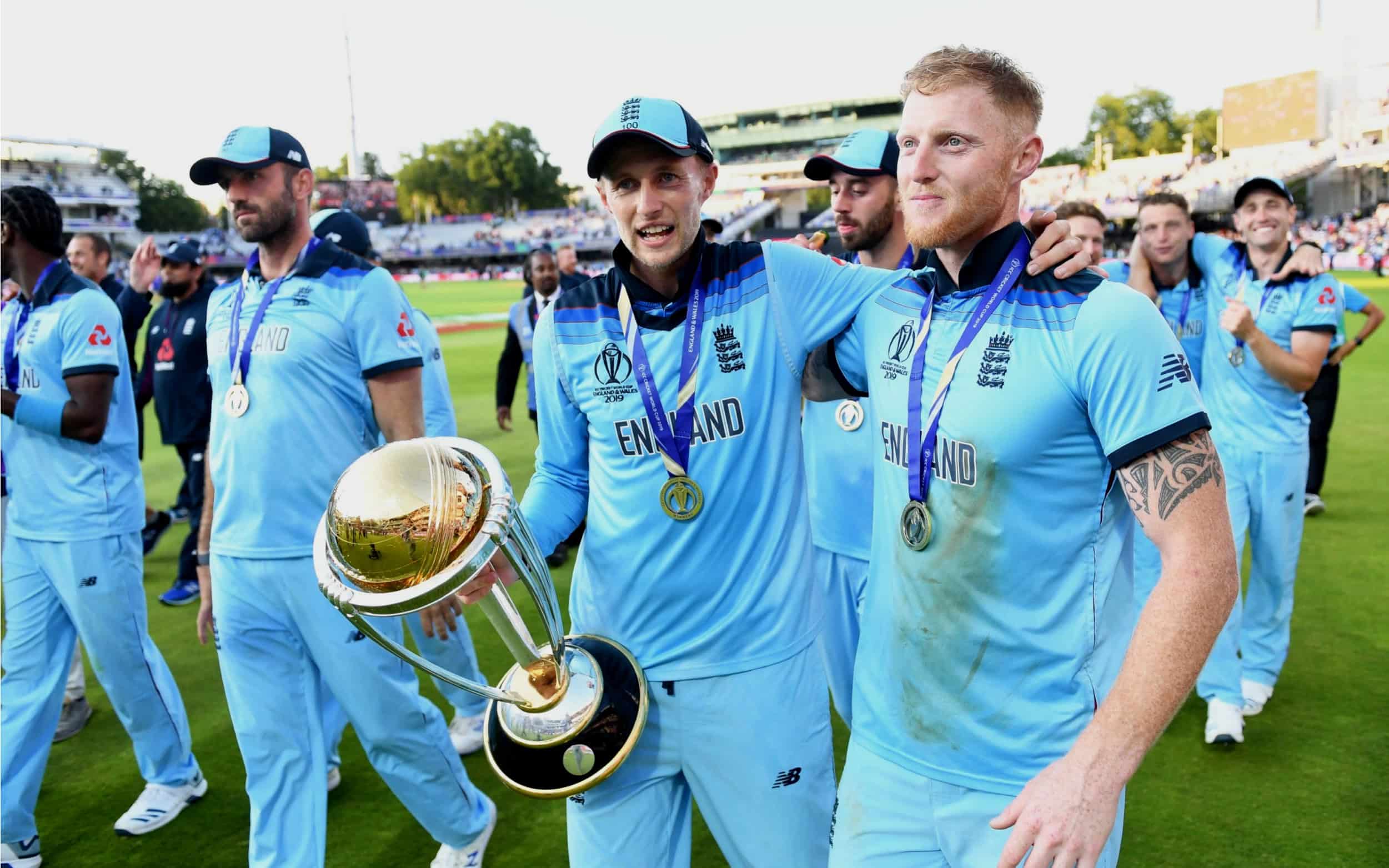 Joe Root is married at the time of writing. We bring you facts about his dating history and current relationship status.

To begin with Joe’s dating history, he was not known to have dated any woman before he met his girlfriend turned wife, Carrie Cotterell.

The couples met at a bar in – The Arc – where Carrie worked. The bar is close to Yorkshire County Cricket Club which Joe plays for.

Joe and Carrie began dating before 2016 and got engaged in March that year. They tied the knot two years later after having a son together, Alfred William Root (born January 2017). 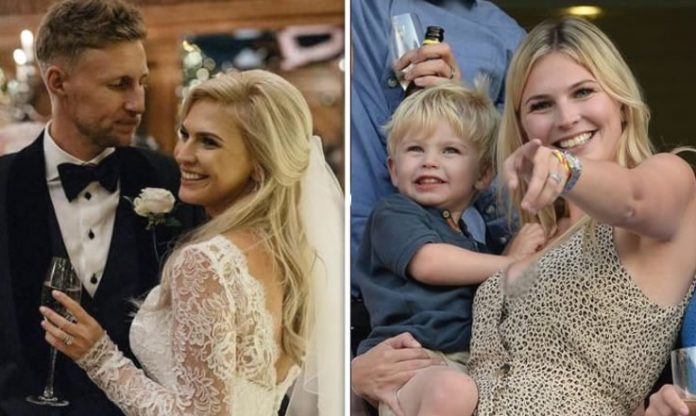 Joe Root comes from a middle-class family background. We bring you facts about his family life.

Matt Root is Joe’s dad. He is a former 2nd XI player with Nottinghamshire who taught Joe how to play the game as soon as he learnt to walk.

Joe’s credits Matt as the most important influence in his life, noting that he always drills him with the simplest advice of maintaining focus.

Helen Root is Joe’s mom. She is a cancer nurse as well as a cricket enthusiast who has over the years, helped her family strike a balance between cricket engagements and other significant life activities.

Above all, her greatest contribution in the life and rise of the cricketer lies in the moral and maternal support she has given him from his cradle till date. 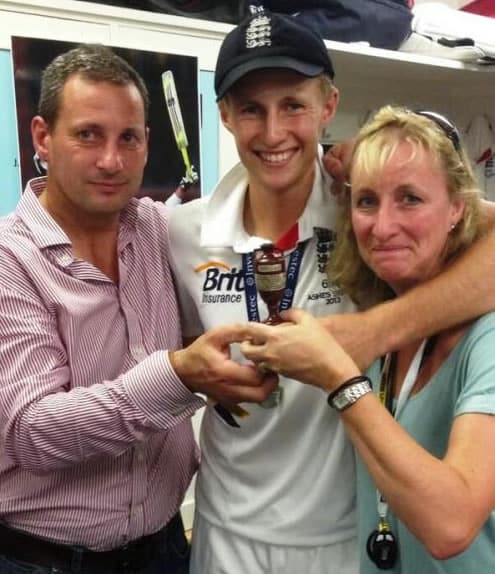 Joe Root has no fewer than five siblings they include his younger brother Billy as well as little known sisters Wanda and Amanda.

Billy shares a similar early life story with Joe and plays professional cricket for Glamorgan. The look-alike sibling is close to Joe and considers him to be of great inspiration to upstart cricketers. 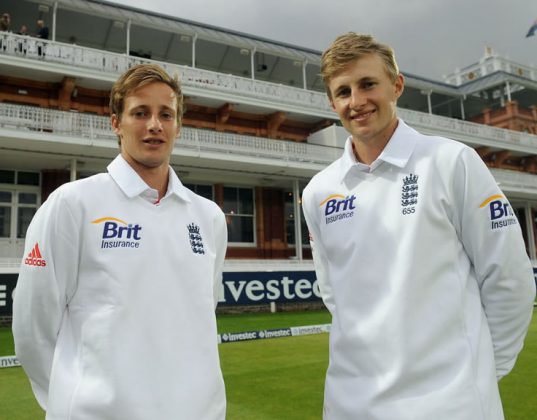 His uncles and aunts are identified as Dudley and  Ivana while there are no records of his aunts as well as maternal and paternal grandmothers. Similarly, not much is known about Joe’s nieces and nephews at the time of writing.

What makes Joe Root tick?. Sit back as we bring you makings of his personality in order to help you get a complete picture of him. To begin with, Joe’s persona is a blend of Capricorn Zodiac traits.

He is calm, focused, outgoing and moderately reveals information regarding his personal and private life. His hobbies and interests include playing guitar, making pranks, keeping up with football games and spending quality time with his friends and family. 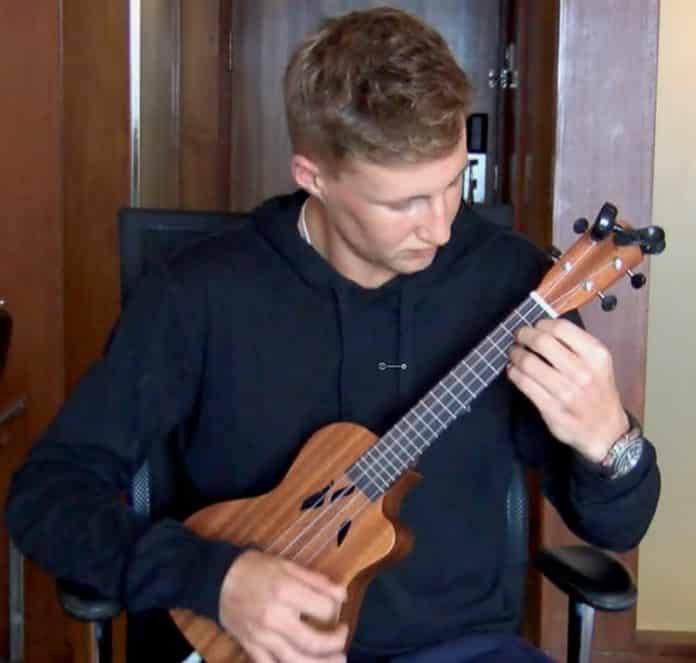 Joe Root has an estimated net worth of over  $3 million at the time of writing. The origin of Joe’s wealth largely stems from the salary he receives as a cricketer. While analysis of his spending pattern reveals that he lives a conservative lifestyle.

As a result, not much is known about his house at Dore in Sheffield, South Yorkshire at the time of writing.

Similarly, the cricketer is known to possess a Range Rover which he drives to training and matches. 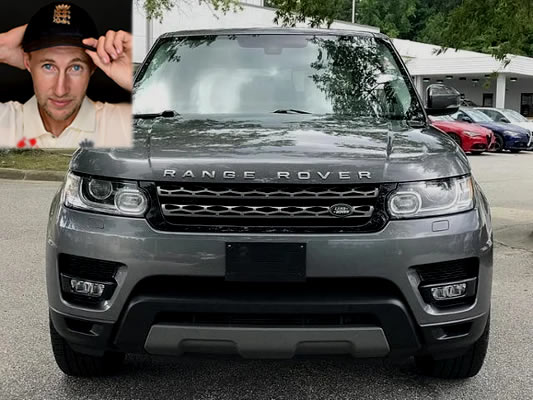 To wrap up our Joe Root biography, here are lesser-known facts about him. 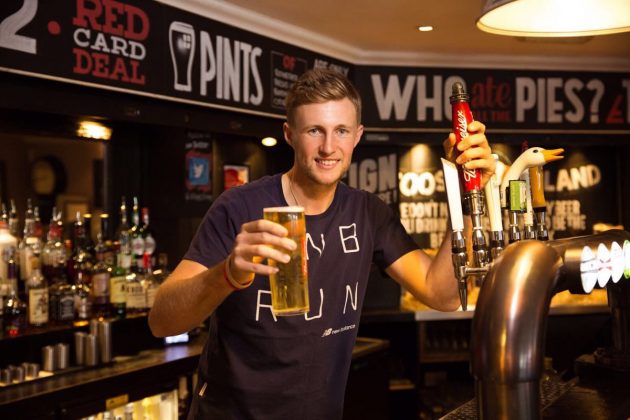 Joe Root is an advocate of the campaign to drink responsibly. Image Credit: Twitter.

Thanks for reading our Joe Root Childhood Story plus untold biography facts. At childhood biography, we strive for accuracy and fairness. If you see something that doesn’t look right in this article, please place your comment or contact us!