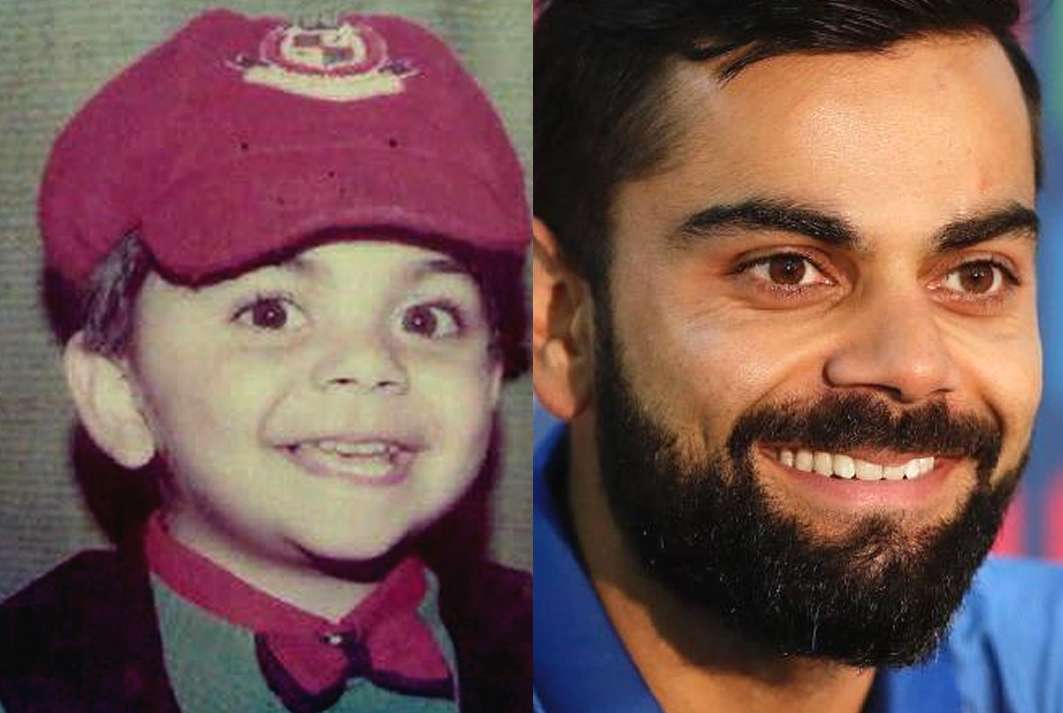 Childhood Biography presents the Full Story of an Indian Cricketer best known by the nickname “Chiku“.

Our Virat Kohli Childhood Story plus Untold Biography Facts brings you a full account of notable events from his childhood time to date.

The analysis of the Indian cricket Legend involves his early life, life story before fame, family background and personal life. More so, other OFF and ON-Screen little-known facts about him.

Yes, everyone knows he is one of the best batsmen of the present era. However, only a few consider Virat Kohli’s Biography, which is quite interesting. Now, without further ado, let’s begin.

For starters of his Biography, Virat Kohli was born on the 5th day of November 1988 in Delhi, India. He was born as the youngest of three children, born to his mother Saroj Kohli (a housewife) and to his father Prem Kohli (a criminal lawyer).

Regarding his family background, Kohli is an Indian national of Punjabi ethnicity whose grandparents migrated to India during the creation of Pakistan. 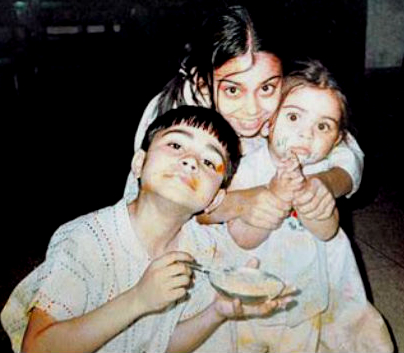 Being the youngest of the siblings, Kohli was endeared to his parents who were extremely and uncritically fond of him. 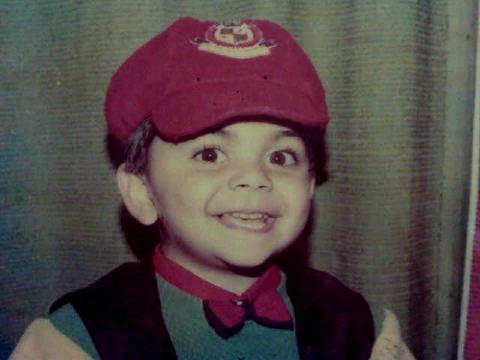 Kohli was particularly close to Prem (his father) who partook of his early interests in cricket when he was only aged 3. 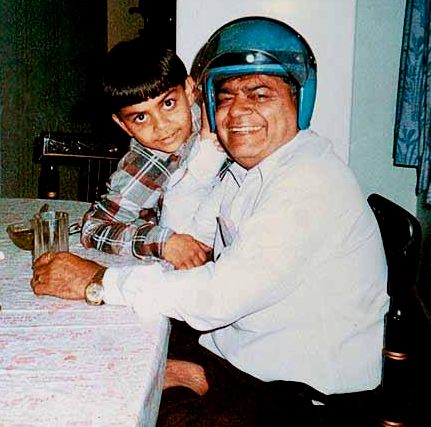 The duo often played cricket until Prem deemed it necessary to give Kohli’s passion enough room for expression by enrolling the then 9-year-old chubby kid at West Delhi Cricket Academy.

Kohli had his basic education at Vishal Bharti Public School at Dehli. It was at the school that he combined learning with playing cricket at West Delhi Cricket Academy, despite conflicting periods.

The cricket prodigy studied at Bharti Public School until ninth grade before moving to Saviour Convent Secondary School in Dehli. 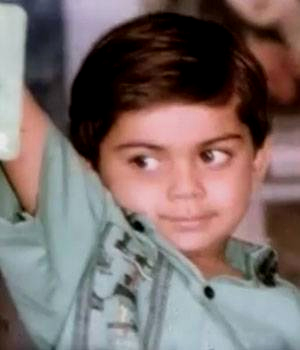 Unlike the former, Saviour Convent Secondary School had learning periods that suited the configuration of Kohli’s training sessions at West Delhi Cricket Academy.

Thus, he performed excellently well at the academy, exhibiting a demeanour that his then coach Rajkumar Sharma recalled in the following manner:

“He oozed talent and he was a natural in whatever he did and I was most impressed with his attitude.

Again, he was ready to bat at any spot, and I had to literally push him home after the training sessions. He just wouldn’t leave.”

Upon completion of his secondary school education, Kholi began an earnest career in cricket.

His track record at the time consisted of playing for the Delhi Under-15 team in 2002 and leading the team during its participation at the 2003–04 Polly Umrigar Trophy.

Subsequent Early Career Endeavours saw Kohli gained a call-up to Delhi under-17 team for the 2003–04 Vijay Merchant Trophy, lift the trophy with the team in 2004–05 and earned a place in the India under-19 squad during its tour of England in 2006. 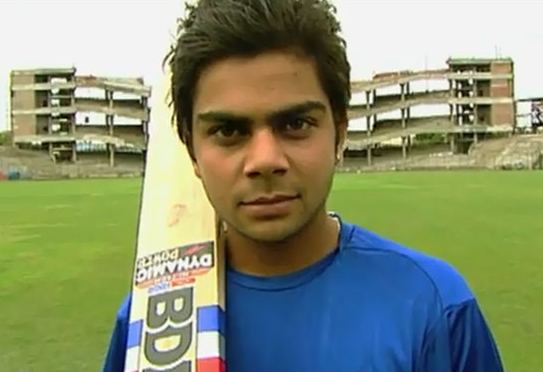 Two years later (2008), Kohli gained international prominence when he led the Indian team to victory at the 2008 ICC under-19 Cricket World Cup at Malaysia. 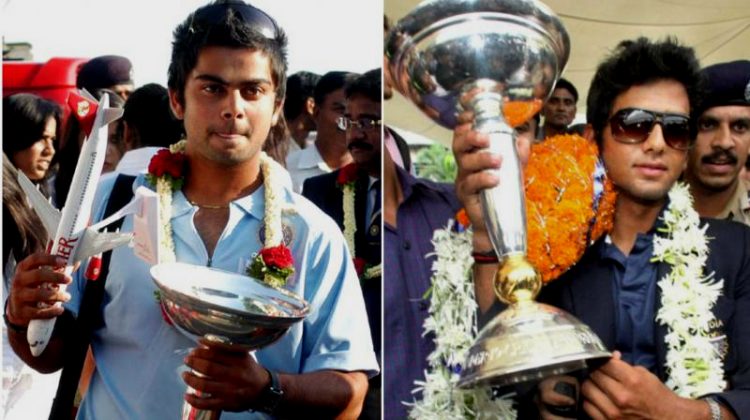 The development made many premier league franchises seek to secure Kohli services including Royal Challengers Bangalore which he signed for.

Regarding Koli’s past relationships, he has dated notable personalities that include Sarah-Jane Dias (An actress) and Sanjana (An actress).

Others are his relationship with Tamannah Bhatiya (An Actress), and Izabelle Leite (A Brazilian model).

Kohli met his present wife Anushka Sharma in 2013 during a TV ad shoot for a shampoo brand and connected instantly.

They dated for a few years before getting married in December 2017. 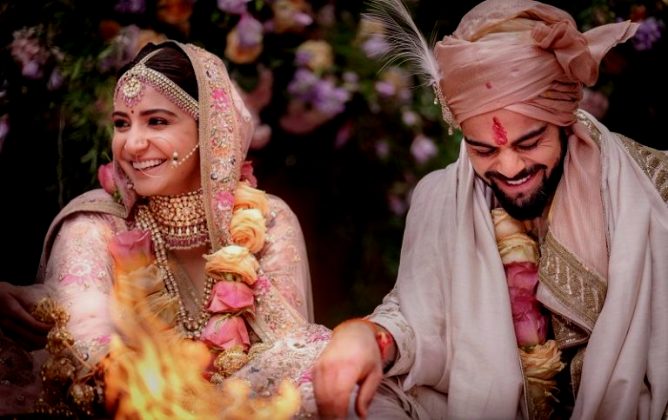 Virat Kohli was born into a family of five. We bring you factual details about members of his family.

Do you know?… Prem Kohli is the father of the cricketing genius. It was Prem who stimulated Kohli’s passion for cricket and saw to his training interests.

Unfortunately, Prem died in 2006 due to a brain stroke after being bedridden for a month. Years later Kohli revealed the most important life lesson his dad taught him while paying tribute.

“From the very beginning, he taught me how to work hard, to have ultimate belief in my own hard work and not look anywhere for favours. That lesson is the essence of my life now. He guided me in the right direction”.

Saroj Kohli is the woman behind her son’s tremendous success and potter, who shaped his personality.

As a result. Kohli never misses an opportunity to celebrate his mother, who looked after the family during tough times after her husband’s demise. 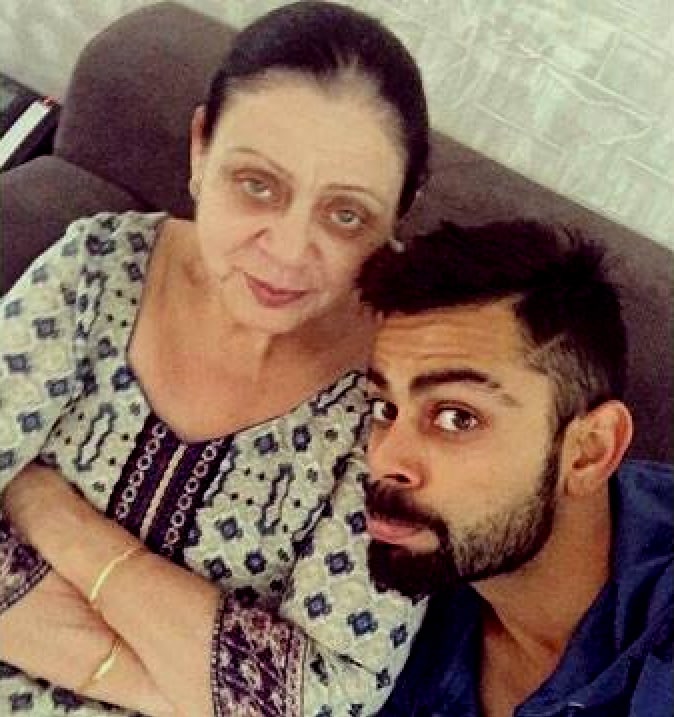 Virat Kohli has two elder siblings, Vikash (brother) and Bhavna (sister). Vikash grew up loving cricket but never had the opportunity to make significant strides in the sport. He is married with kids. 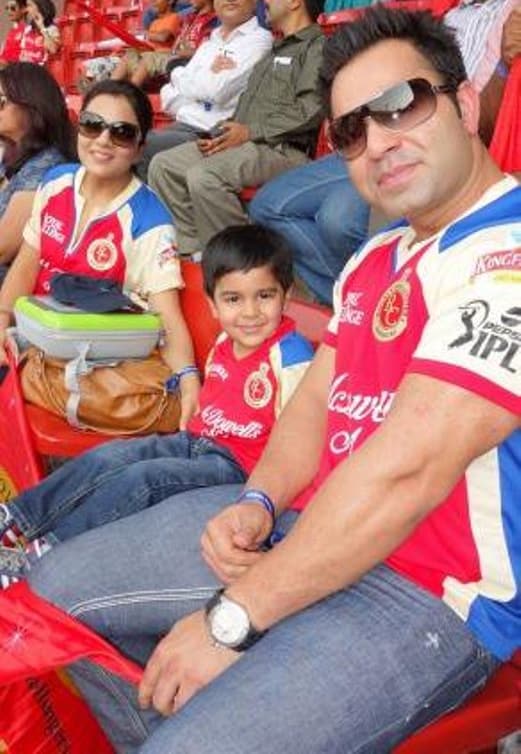 Bhavna, on the other hand, has always admired her Kid brother and maintains a very close relationship with him. 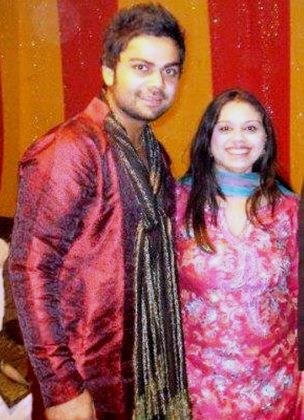 Kohli’s mental strength and emotional intelligence were once put to test in 2006 during the death of his father. Although the fearless batsman was heartbroken, he helped save his team from losing in a crucial game the next day.

No one recalls the incident much better than Kohli’s childhood coach who revealed that:

“He called me, crying, saying ‘my father is no more’. I was shocked because he had become a dear friend of mine. He asked, ‘What should I do? I am batting on 40-odd and Delhi are in big trouble.

I want to bat.’ So I encouraged him to play. I said this is the time to show your commitment, and he did.

It was very tough for a young kid whose father’s body was lying in the family home and he had gone to play a cricket match. That shows how committed he was to cricket and his team.”

While that story underscores Kohli’s Commitment to the game, there was a time he proved to be a violator of conventions by staying with his wife at the same hotel despite a rule that disallowed him from doing so before the 2015 World Cup in Australia.

In another incident, he failed to exhibit strength of character by making a gesture with his middle finger to crowds that racially abused him at a game during his first tour to Australia in 2011. 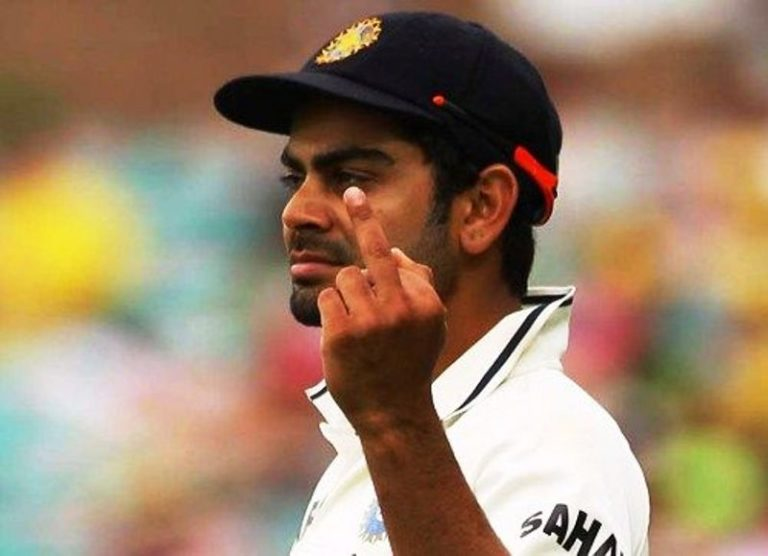 Kohli has over 20 brand endorsements and a few businesses. Beginning with endorsements he has dealt with brands that include: American Tourister, Audi, Boost, Colgate-Palmolive, Gillette and Herbalife.

Others include those he signed with MRF, Manyavar, New Era, Puma, Punjab National Bank, Tissot, Uber, Vicks and Gionee. 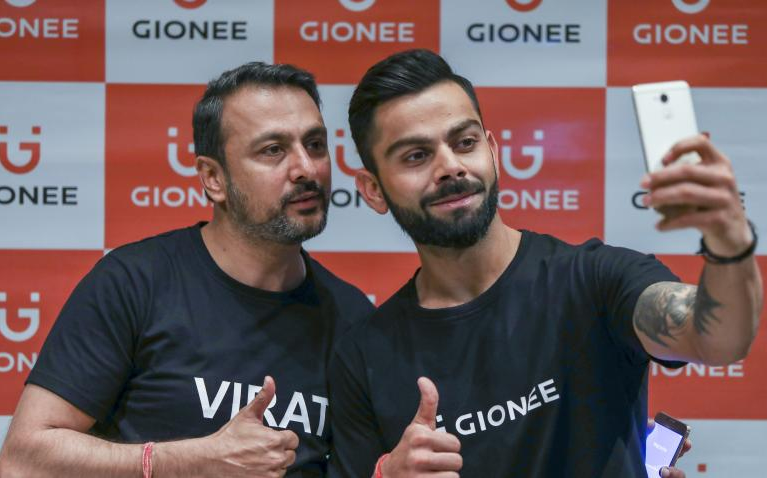 Others include a chain of gym and fitness centres called Chisel Gyms. He is also a co-owner of tennis franchise UAE Royals and ISL team, FC Goa.

Kohli is an impressive Indian with a great off-field personality. His hobbies include travelling working out and singing. Asides from cricket, Kohli likes tennis and he is a great fan of Roger Federer. 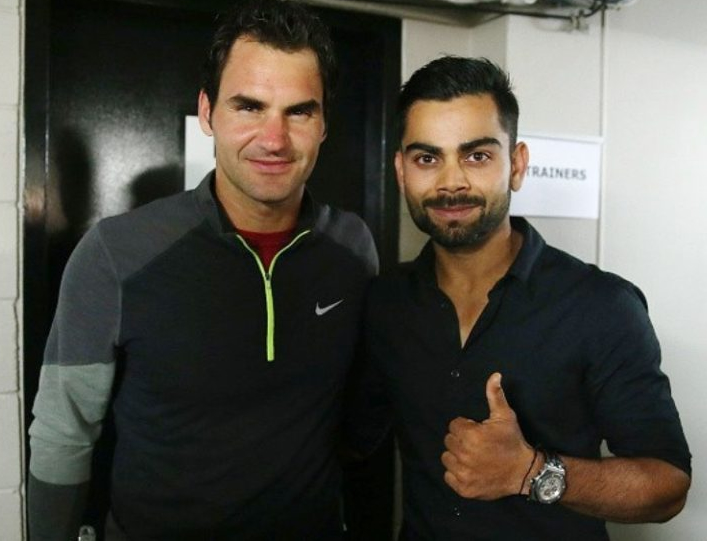 He also loves tattoos and has a number of body arts that keep increasing. Prominent among those arts are a symbol called ‘God’s eye’ on his left shoulder. It symbolizes the power of great sight and understanding.

On his right bicep is the inscription of Scorpion, which represents his zodiac sign. Other less visible symbols are the ‘Japanese Samurai warrior’ symbolizing self-discipline and respect as well as a monastery that stands for peace.

This is among many reasons why people emulate him. No wonder he is the first Indian to cross 100 million followers on Instagram. 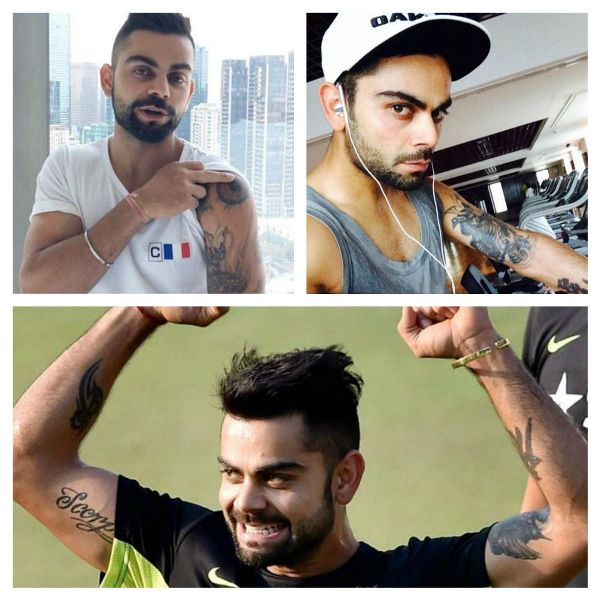 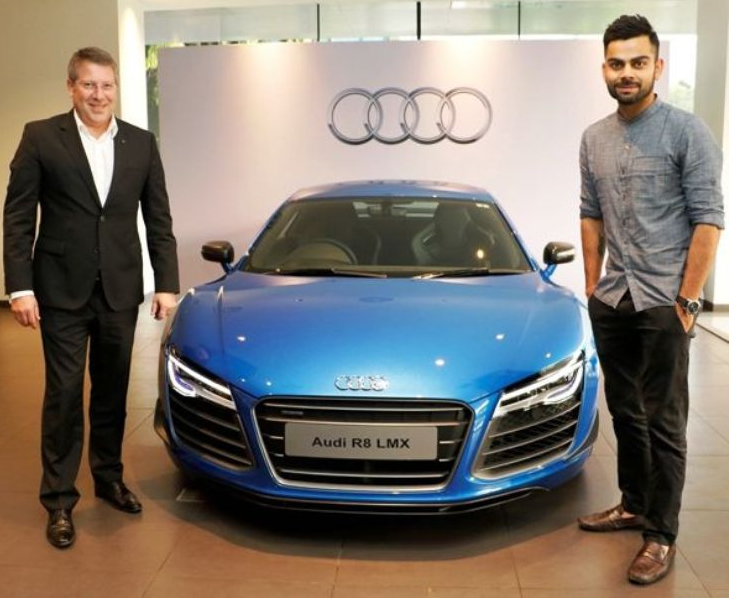 He has a luxurious home that does not only meet his training and comfort needs but has rooms for expected family expansion. 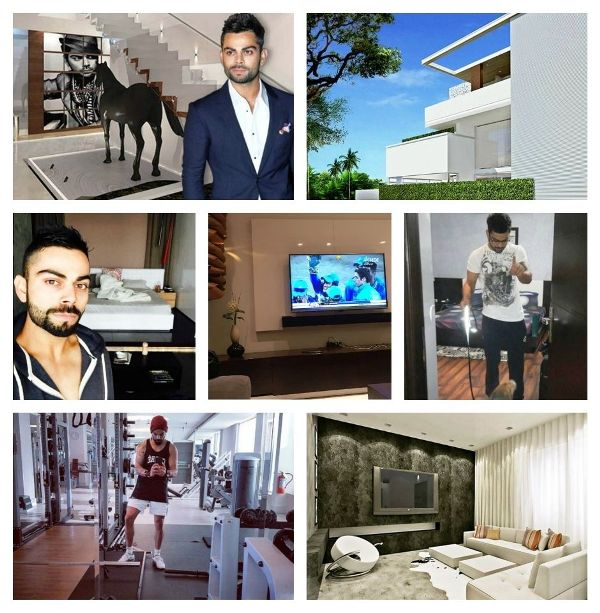 FACT CHECK: Thanks for reading our Virat Kohli Childhood Story, plus untold biography facts. At childhood biography, we strive for accuracy and fairness.

Asides from Virat Kohli’s Bio, we have other Criketers’ childhood biography stories for your reading pleasure. The Life History of David Warner, Kane Williamson, and Ben Stokes will interest you.