Our article gives you full coverage of Dr. Anthony Fauci Childhood Story, Biography, Family Life, Parents, Early Life, Lifestyle, Wife, Personal Life and other notable Biography Facts right from when he was a child to when he became America’s most trusted voice on the COVID-19 pandemic.

Yes, everyone knows he is the face of America’s fight against coronavirus pandemic also know as COVID-19. However, only a few consider Dr Anthony Fauci’s biography which is quite interesting. Now, without further ado, let’s begin.

Starting off, Anthony Stephen Fauci was born on the 24th day of December 1940 at Brooklyn in New York City, USA. He is one of 2 children born to his mother Eugenia Fauci and to his father Stephen Fauci.
As evident in his strong Brooklyn accent, Fauci is a bonafide Brooklynite. He grew up at both Bensonhurst and Dyker Heights neighbourhoods of Brooklyn alongside his little known older sister Denise

Dr Anthony Fauci’s childhood years were spent in Brooklyn. As a boy, he was cheerful, energetic, curious and most importantly – a medicine enthusiast who legitimately smelt and dealt with drugs like it were his childhood obsession.

Far away from being an obsession, medicine was, in fact, Dr Anthony Fauci’s family business. His dad was a pharmacist while his mom and sister were helpful in working with the pharmacy’s register.

On his part, young but helpful Fauci was his dad’s right-hand boy. In fact, he had the uncommon honour of delivering medical prescriptions even before he was old enough to start riding a bike.

Thanks to his early exposure and interests in the science of medicine, Fauci had no tough time in deciding a career to develop himself in. He knew he was made for medicine and did well to sustain his interest in medical science even while studying at Regis High School and playing basketball for the school’s team.

Upon his graduation from Regis High in 1958, Fauci did obtain a degree in classics at College of the Holy Cross in Worcester, Massachusetts before he eventually went to secure a medical degree (with a first-class distinction) at Cornell University Medical College in 1966.

The turning point of Fauci’s career came in 1981 when began a study on AIDS which was a life-terminating disease to thousands of American lives at the time. Some Americans even had reasons to believe that the then US president Ronald Regan didn’t know the name of the virus.

By merit of his breakthroughs in AIDS research, Fauci was made the director of the National Institute of Allergy and Infectious Diseases (NIAID) in 1984. His articulate, candid and leading knowledge on AIDS did win the heart of President Ronald Regan who made him White House adviser on Infectious disease.

Since the time of Ronald Regan, Fauci has been advising subsequent United States presidents on infectious diseases as they occur. The diseases include the West Nile Virus, Anthrax Scare, SARS, Swine Flu, Zika and Ebola virus.

Fast forward to the time of writing, Fauci’s timeless importance has given birth to his sudden popularity as Americans and the world regard him as a voice to trust in the fight against coronavirus pandemic. In fact, Fauci has a faithful American following that panics whenever he doesn’t appear or speak alongside President Trump during briefings on steps taken to combat the virus.

Away from his life-saving works, Fauci is ever happy to come back home to his wife Christine Grady. The duo met decades ago over the bed of a patient whom they were rendering medical assistance to. Like you would rightly guess, Dr. Anthony Fauci’s wife Christine is a nurse.

Christine Grady went down the aisle with Fauci in 1985 and their marriage has made them parents to three little known daughters. The names of Dr. Anthony Fauci’s children are; Megan Fauci, Jennifer Fauci and Alison Fauci.

Like her husband, Christine is important in the public health sector. In fact, she is – at the time of writing – a chief of the department of bioethics with the National Institutes of Health (NIH). Now pictured below is a beautiful photo of Dr. Anthony Fauci’s wife and children – what a lovely family!

Family is where life did start for Fauci and where his love for saving lives sprang forth. We bring you facts about Dr. Anthony Fauci’s family members starting with his parents.

Stephen Fauci & Eugenia Fauci were Anthony Fauci’s parents. They were both of Italian family origins and ran a pharmacy in the Dyker Heights section of Brooklyn. Did you know that Dr. Anthony Fauci’s family also has Swiss family roots from his mom’s side? Both parents take credit for guiding Fauci in the path of medicine from his early life to college days.

About Anthony Fauci’s Siblings and Relatives:

Fauci has a little known older sister Denise who – together with Fauci’s mom – ran their pharmacy’s register. Denise is possibly the only sibling of Fauci as there have not been any mention of the doctor’s sisters or brothers.

Let’s move on to Stephen Fauci’s ancestry or extended family life. His paternal grandparents were Antonino Fauci and Calogera Guardino while his maternal grandfather was Giovanni Abys. Giovanni was a skilled artist. In fact, he had popular magazine illustrations and portrait paintings to his credit. However, there are no records of Fauci’s uncles and aunts. Similarly, not much is known about his cousins, nephew and nieces.

Who is Anthony Fauci outside the world of medicine and what is the nature of his character beyond medical research and saving lives? Sit back as we unravel facts about the doc’s personal. To start with, Fauci exhibit traits of individuals whose Zodiac Sign is Capricorn.

He is confident, analytical, practical, responsible, intelligent, caring, hardworking and rarely reveal facts about his private and personal life. Fauci has just a few interest and hobbies that include jogging, keeping up with basketball games and spending good time with his family and friends.

Anthony Fauci’s has a net worth of about $11 million at the time of writing this bio. Constituents of the doc’s wealth are the wages and salaries that he receives from his decades of service in the public health sector and presidential advisory.

With such wealth, Fauci has no problems with living a decent lifestyle. He has a cool house at Washington D.C where he resides as well as enjoy rides in classy cars to his office (North of the capital) and to the White House.

To wrap up our Anthony Fauci childhood story and biography here are untold or little known facts about the Doc.

Fauci works for no fewer than 19 hours in a day and has just 5 hours sleep despite being in his late 70’s. Fauci plans to write a book when he no longer has enough strength to keep up with his ardours work ethics.

Dr. Anthony Fauci’s parents raised him according to the Catholic religious doctrines. In fact, he went to a Catholic High school while he was a child. Also, Fauci attended a Jesuit college and he is ever proud to identify as a Catholic even though we don’t have photos of him in a church setting.

According to Google Scholar, Fauci is the 41st-most cited researcher of all time as of 2019. His ranking would keep rising given his stride in studying and combating the coronavirus pandemic.

The American Academy of Achievement notes that Fauci’s work has saved the lives of millions of men, women, and children across the world. He is a lifesaver even Trump would agree.

Fauci was born in 1940, the year before the United States entered world war II. It is interesting to know that he shares the same birth year with John Lennon. Also, 1940 was the year which The Great Dictator, starring Charlie Chaplin hit cinemas. What’s more, in 1940, Franklin D. Roosevelt won an election to become the United States’ first third-term president.

FACT CHECK: Thanks for reading our Anthony Fauci Childhood Story plus untold biography facts. At childhood biography, we strive for accuracy and fairness. If you see something that doesn’t look right in this article, please place your comment or contact us!

Feature Image Attribute: “Actor Barbra Streisand visited the NIH on May 15, 2018 to give the annual J. Edward Rall Cultural Lecture, where she highlighted the issue of women’s cardiovascular health. Pictured l-r: NIH Director Dr. Francis Collins, Ms. Streisand, and NIAID Director Dr. Anthony Fauci.” by NIH Image Gallery who is from Bethesda, Maryland, USA. This file has no licensing and has an extracted image named: File: Anthony Fauci.jpg. 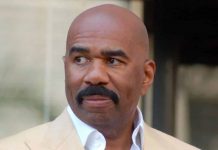