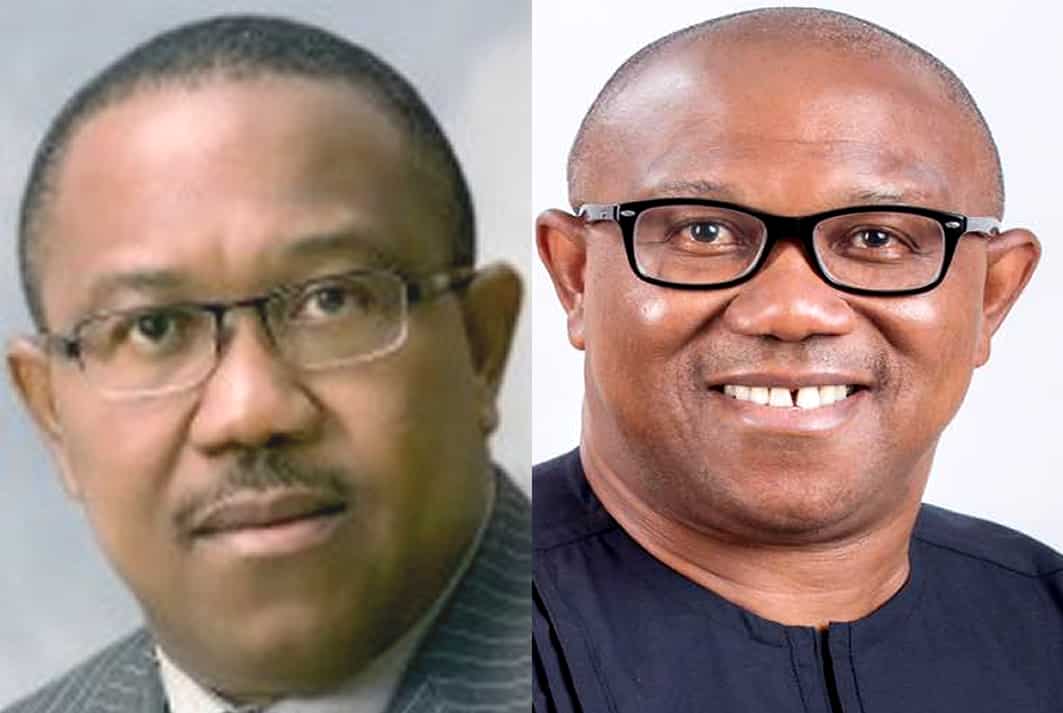 Our Peter Obi Childhood Story plus Untold Biography Facts brings you a full account of notable events from his childhood time to date.

The analysis of the Nigerian former Presidential Aspirant involves his early life. Peter Obi’s life story before fame, family background and personal life. More so, other OFF and ON-Screen little-known facts about him.

Yes, everyone knows about his vast knowledge of economic matters. However, only a few consider Peter Obi’s Biography, which is quite interesting. Now, without further ado, let’s begin.

For Biography starters, Peter Obi was born on the 19th day of July 1961 at Onitsha in Anambra State, Nigeria. He was born into a large Igbo Catholic family, of which little is known about his parents.

Young Peter Obi was raised in the commercial city of Onitsha in Anambra state alongside his siblings Bibiana Adani (elder sister), Fabian Obi among other members of his family.

Growing up in Onitsha, Obi was a precocious kid who knew money’s worth at a tender age. It wasn’t long before the youngster delved headlong into business after the death of his father when he was aged 9.

The primary school student at the time started out with the wholesale purchase of Kerosene which he retailed in bottles.

The unusual business inclination for a kid of his age made Obi’s concerned mother expressed fears that money could have a negative influence on his growth.

He, however, allayed her fears by proving to be naturally born with business vigour while recording academic progress.

Starting off, Obi had his primary or basic education at Santa Maria Primary School in Onitsha.

He thereafter proceeded to Christ the King College (CKC), Onitsha where he had most of his secondary or high school education (in light of his brief studies at Father Joseph Secondary School in Aguleri).

While at Christ the King College, Obi changed his trade to sales of eggs, a business which he later moved from to become a designer of shoes and clothes that went into profitable mass production.

It wasn’t long before the secondary school student became an established businessman who travelled to London with friends of like minds and began import of goods in containers.

Subsequent academic pursuits saw Obi proceed to the University of Nigeria, Nsukka (UNN) where he began studying philosophy in the year 1980 and graduated in 1984.

The way Obi figured it, knowledge of entrepreneurial and managerial competencies was indispensable to his fast-growing business empire.

It was at Kellogg Graduate School that Obi was influenced by his teacher to venture into politics. Years after Obi delved into politics for reasons opposite personal aggrandizement.

“Going into politics even made me poorer but I won’t question anything because that is where God wants me to be.

The joy of rendering fruitful service to the people cannot be quantified in naira and kobo. For me, all I want is for us to have a better society; caring for the poor and the people”.

The first stop on his successful political cruise was his full term service as governor of Anambra State for 8 years (2006-2014). 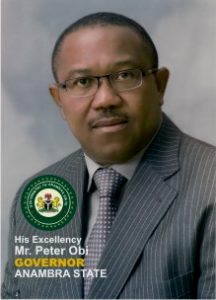 While his entire tenure is considered to have brought about development in all spheres of the state, it would be less interesting to note that Obi never had it rosy.

He was initially denied victory in the governorships polls he contested for in 2003 but sworn in 3 years later in 2006 after a long lawsuit.

Obi was thereafter impeached after 7 months in office and reinstated 3 months after as governor (thanks again to a victorious lawsuit).

3 years after completion of his full tenure, Obi was picked by as running mate to the presidential aspirant of Nigeria’s Opposition Party PDP, Atiku Abubakar.

“Mr Obi’s choice was largely influenced by his youthfulness, vast knowledge of global and local economies as well as being a financial expert, all experience which Nigeria is in great need at this point in time”.

Obi has been married to his wife Margaret Obi for over 25 years with no marital problems. 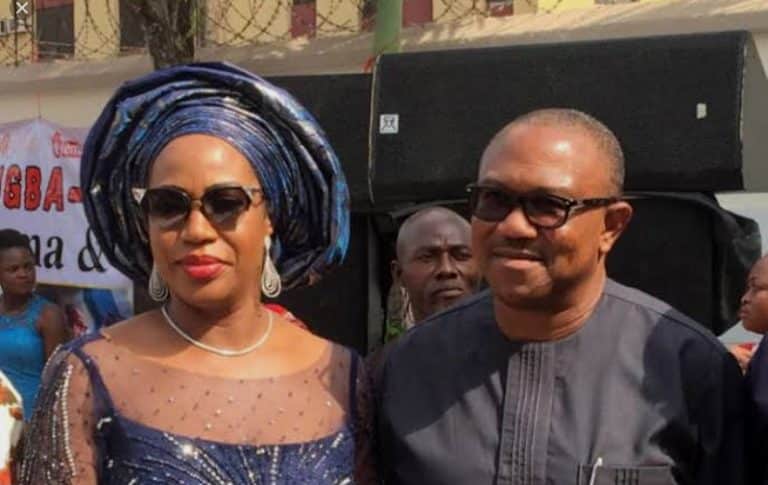 Although rumours of perceived marital problems and Margaret’s impending divorce broke out in 2017, she was quick to debunk them, noting that their marriage is still waxing stronger.

“Why should I think along that line when I have no problem with my husband? I am happily married and have no reason to contemplate divorce.”

Peter Obi was the first Governor in Nigeria to seek the interpretation of tenures for Governors. He was the first serving Governor to be appointed a Special Adviser to the President as well as be included in the Presidential Economic Management Team. 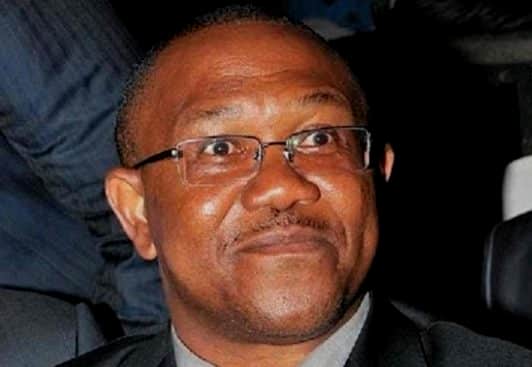 He is one among the first set of servings Governors who bagged National Awards in 2011.

Obi believes in aspects of Chinese politics especially the principle of not allowing people to hold high offices until they have served in lower offices.

Obi is practising Catholic and a Knight at that. His fruitful collaboration with the Catholic church. Also, his service to humanity led Pope Francis to bestow on him blessings. Pope gave him the Pontifical Equestrian Order of Saint Sylvester, (Pope and Marty).

Nicknamed Ukwete Ndi Igbo (which translates as The Rock) Obi is known for his hardened and uncompromising stance on economic matters for the purpose of ensuring all-round development. 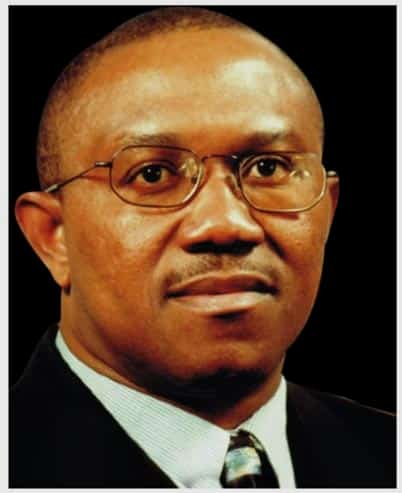 He also has a predisposition to enriching lives. Through the building of hospitals and schools. Obi does that to meet the health and intellectual needs of citizens.

Obi is reportedly worth billions of Naira. Despite that, he lives a life that is an antithesis of his massive wealth. 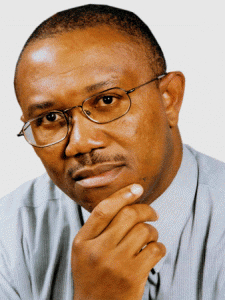 To begin with, the businessman comfortably flies economy class. He does that when he cannot get a seat in business. And is known to have shared seats with plebeians on public transportation.

What’s more? Obi is known as “aka gum” (frugal individual), a fact he doesn’t dispute and speaks proudly of.

Rather than have a convoy of 20, I had that of five. Rather than maintain over 10 guest houses, I closed them down and restricted myself to the Lodge”.

While many may dispute that such frugality is part of cost-saving measures to maintain governance, it would be interesting to note that Obi denied his later sister Adani an ostentatious funeral but rather preferred to build a hospital and renovate a school in her honour.

“As I Catholic, what I owe her now are prayers and booking of masses. For the happy repose of her soul. And not an opportunity to display wealth. Wealth that should rather be used to add value to humanity.”

Above all, he always strives to live a healthy lifestyle. He believes people get sick when they eat things that are not in sync with their constitution.

“I can tell you, at 55, I’ve never been to the hospital. Except when the doctor said they saw a small growth in my system. They wanted to remove it and I was in the hospital for two hours for that.”

He revealed some years ago.

Thanks for reading our Peter Obi Childhood Story plus untold biography facts.

At ChildhoodBiography, we strive for accuracy and fairness in our quest to deliver you the Biography of Famous Politicians.

Kindly stay tuned for more related articles in this Political Category. You may find some interest in the childhood story of Omoleye Sowore, Ahmed Lawan, Osagie Ize-Iyamu and Atiku Abubakar.