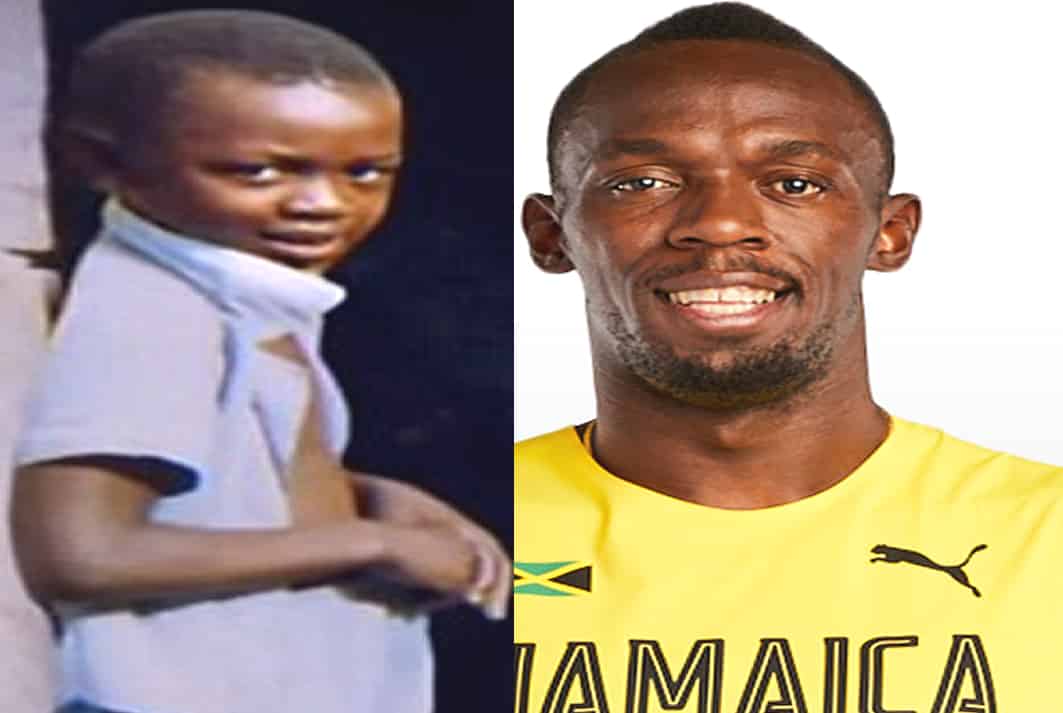 The analysis of the Athlete, best known as “Lightning Bolt“ involves telling you his life story before fame. Again, Usain Bolt’s family background. More so, many OFF and ON-Screen little-known facts about him.

Yes, everyone sees him as one of the greatest sprinters of all time. However, only a few consider Usain Bolt’s biography, which is quite interesting. Now, without further ado, let’s begin.

For Biography starters, World Record Sprinter, Usain St Leo Bolt, was born on the 21st day of August 1986. His birthplace is Sherwood Content in Jamaica.

Usain Bolt was born to his mother, Jennifer Bolt (a farmhand). He was also born to his father, Wellesley Bolt (a grocery shop owner). Usain Bolt’s parents are pictured here.

Baby Bolt’s birth was without complications but had observations. As a baby, he showed signs of hyperactivity. According to Usain Bolt’s Mother.

“When Bolt was born he was a week and a half late.

The truth is, that was the only time in his life he was slow.

Three weeks after his birth, i remember leaving him on the bed. Suddenly, he he nearly fell off.

I came back in the room and he was pulling himself back up.

He was very strong and super active”

Young Usain Bolt grew up at Sherwood Content. This is a village that is best known for Its mountainous terrain. During Usain Bolt’s childhood, this mountain helped built sprint stamina.

However, sprinting was not Bolt’s first choice of childhood sports. The youngster started out by playing cricket in the road with an orange, using a banana tree stump for the wicket.

Added to his childhood, sports was football before education introduced him to sprinting business.

Bolt had his basic education at Waldensia primary school in Sherwood Content. While at the school, Bolt exhibited his potential for sprinting in competitive events and became the institution’s fastest runner (over the 100 meters distance) when he was only aged 12.

Moving up the academic ladder, Bolt progressed to William Knibb Memorial High school in Falmouth Jamaica, where he chose to major in cricket.

However, the hyperactivity and speed that he brought to the game, made his cricket coach advise him to put his abilities to good use by trying sprinting.

Heeding to the advice, Bolt took sprinting seriously and was favoured to be coached by Dwayne Barrett and Pablo McNeil, a former 100m Olympic athlete.

The duo guided Bolt on athletic improvements that saw him clinch his first silver during a 2001 annual high school championship by finishing a 200 metres racing event in just 22.04 seconds. 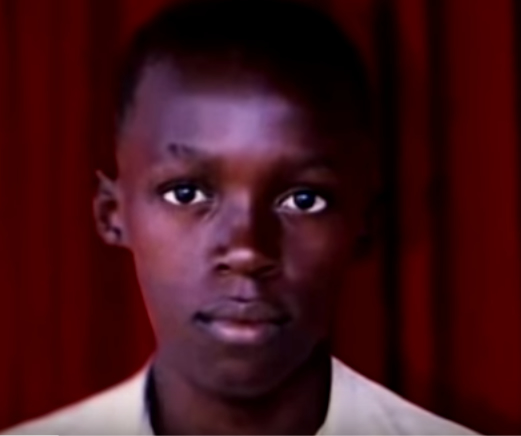 For young Bolt, sprinting was something close to a walk-over as evident in his lack of dedication to training, a development which frustrated his then coach, Pablo McNeil.

Similarly, he put up an impressive performance at his first major international game, the 2001 IAAF World Youth Championships in Debrecen, Hungary where he surpassed his previous personal 200m best with 21.73s.

The sprint legend in the making would later record significant success, set records and amass medals in subsequent racing events between the year 2002 to 2003. 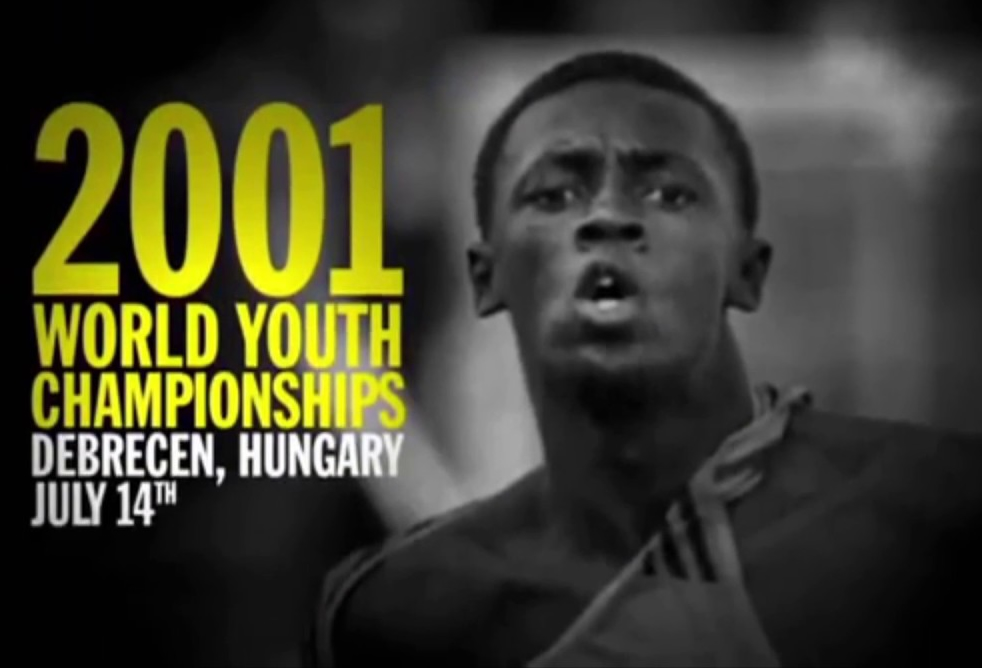 However, the best was still yet to come for Bolt who graduated from high school in 2004. Standing at a height of 6 foot 4 inches, Bolt was poised to prove that a sprinter need not be short like previous sprinting legends. 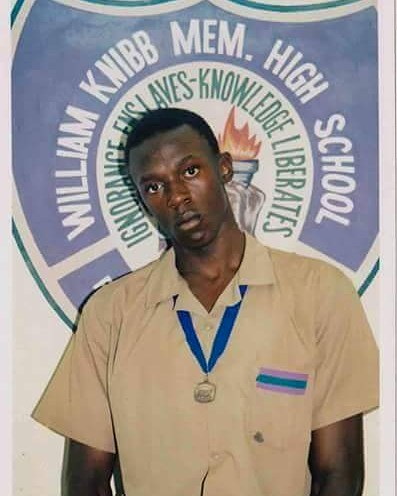 2004 was a decisive year for Bolt who turned professional under the guidance of a new coach, Fitz Coleman and began his professional career with 3 competitions that year.

They include the CARIFTA Games in Bermuda, World Junior Championships and the famous ‘2004 Athens Olympics’ where he picked a leg injury, leading to his elimination in the first round of the 200 meters events. 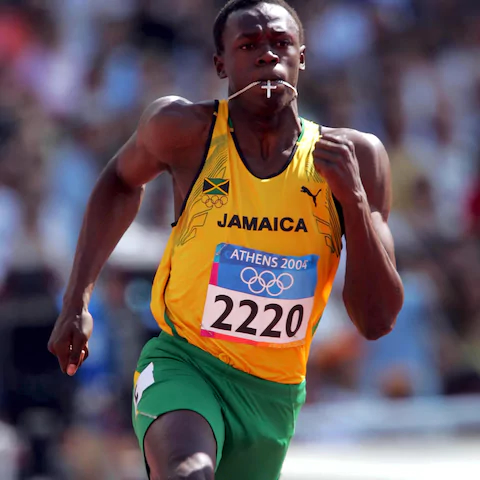 However, his performances didn’t go unnoticed by many including American colleges which offered him track Scholarships, but Bolt played his “homeboy card” by choosing to train in the primitive tracks of the University of Technology, Jamaica.

The year 2005 was when Bolt teamed up with new coach, Glen Mills who made him adopt a more professional approach to athletics. It was under Glen’s guidance that Bolt recorded most wins of his early career between 2005-2007. 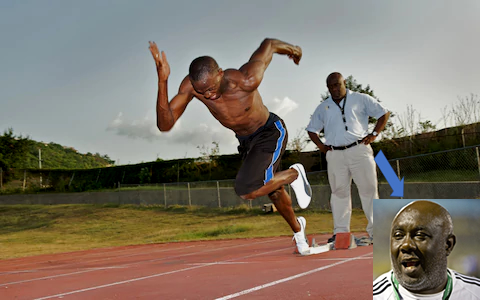 Bolt’s successes culminated in his qualification for the final events of the 2008 Olympics in Beijing where he won 100m and 200m races in 9.69s and 19.30s (new record) respectively, not to mention winning gold in the 4×100 meters relay which he was later stripped of in 2017 after team-mate Nesta Carter was found guilty of doping. 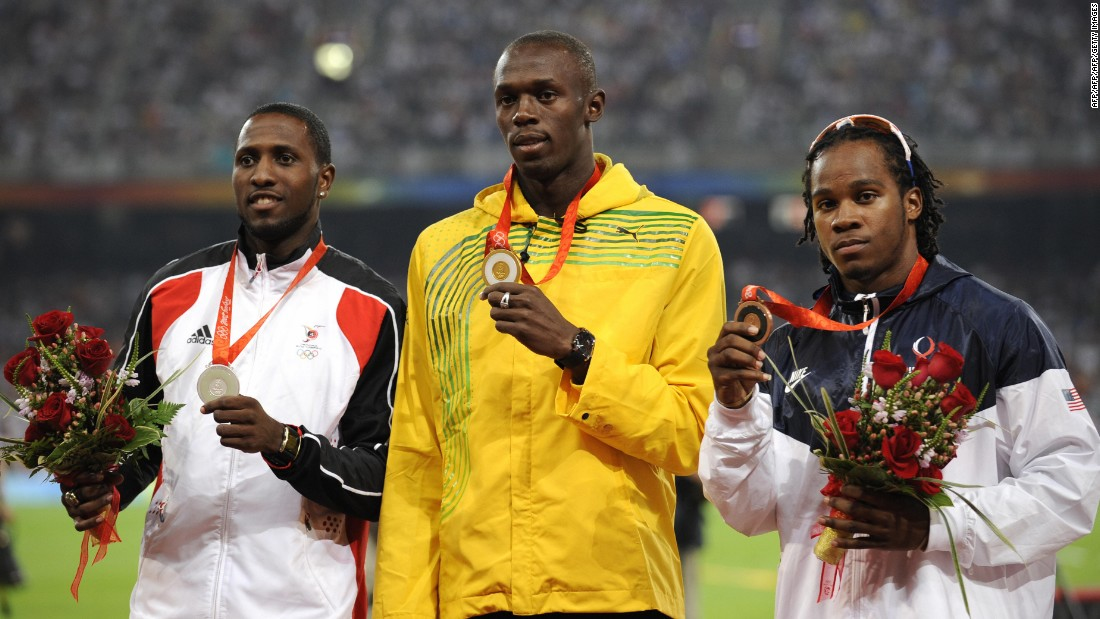 Bolt is at the time of this post not yet married. Perhaps Bolt’s ‘unmarried state’ is still supported by his years-long philosophical beliefs as the legend once noted that:

“You do not want to get married at 22! Especially if you’re famous, because girls are going to be throwing themselves at you”.

Bolt is at the time of this post having an affair with Jamaican Model Kasi J. Bennett. He opened up about his relationship with Kasi in 2017 by revealing that they have been secretly dating for three years (beginning from 2014).

It is hoped that the “Lightning Bolt” would race to the finish line by taking his present relationship to the summit. 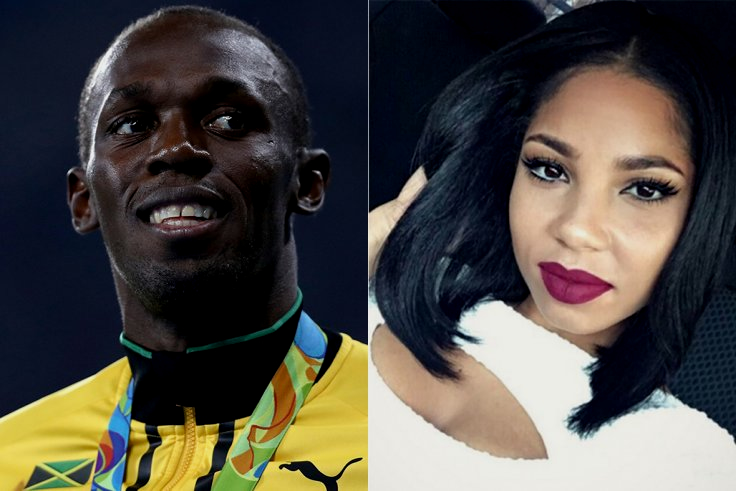 Bolt was born into a family of 6. We bring you factual details about members of his family.

Bolt’s father, Wellesley Bolt lives in Sherwood Content where he still works in his grocery shop. 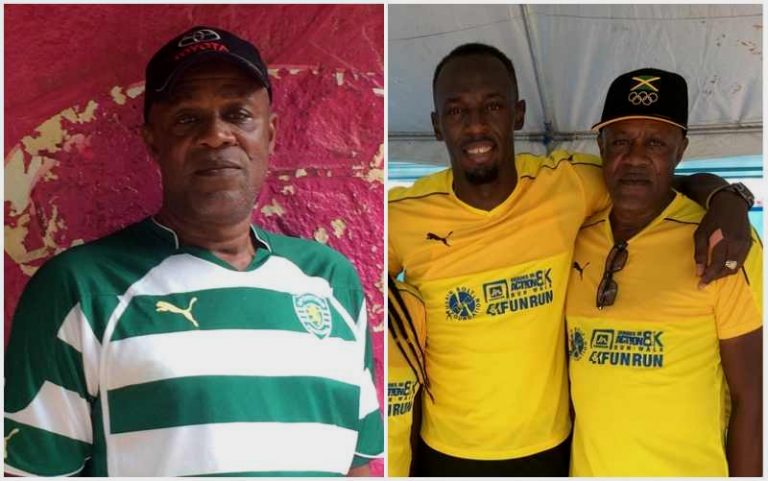 Although the supportive dad has travelled around d the world with Bolt, he still prefers staying at his native village. 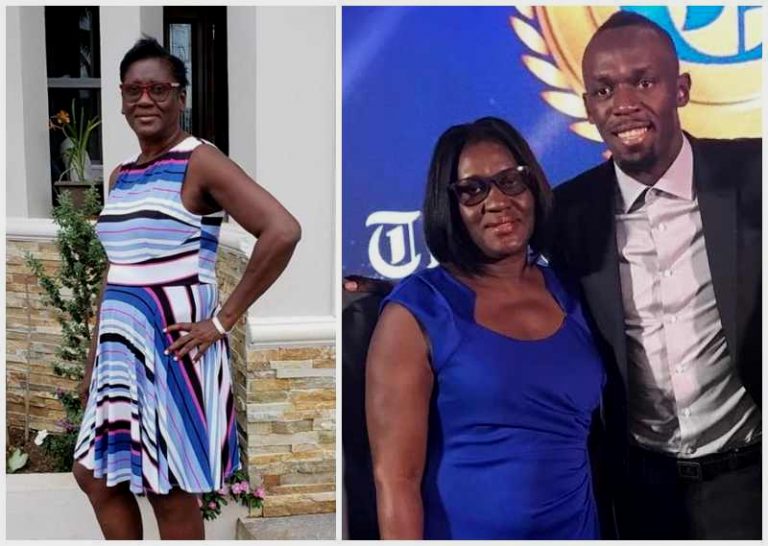 She has also travelled with Bolt around the world as well as put up goading appearances at his international competitions.

About Usain Bolt’s Half siblings:

Christine Bolt, born in 1984 is Bolt’s eldest half-sister. She is a farmer and divorced mother with 3 kids. 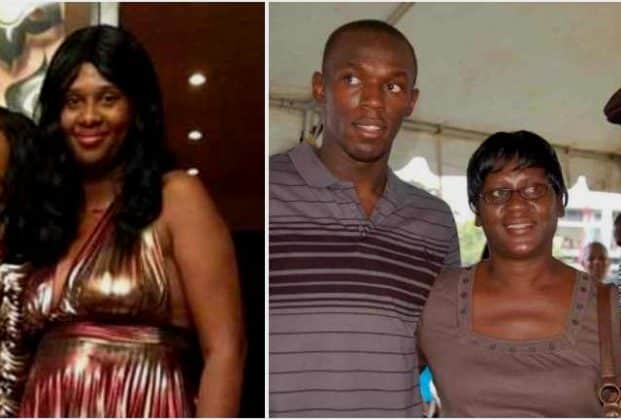 Sadiki Bolt, born on the 1st of April 1987 is Bolt’s younger half-brother. Sadiki was much close to Bolt who notes that one of his favourite childhood memories are the days he spent playing Cricket and Football with him. 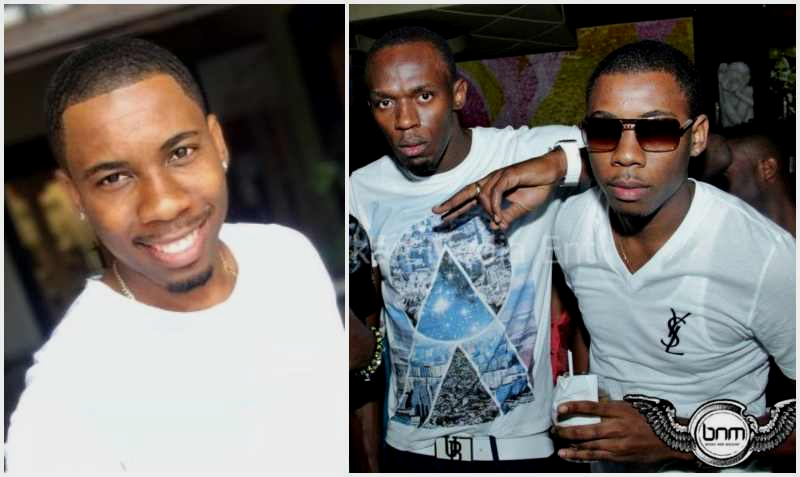 Sherine Bolt is Bolt’s younger half-sister whom little is known about. 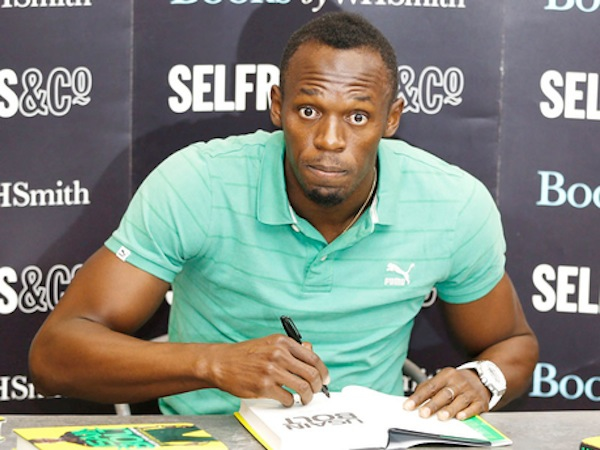 He also has his character in the Temple Run gaming franchise (pictured below) which has been downloaded more than one billion times.

It is expected that bolt becomes an ambassador of the aforementioned brands once his contract runs out. 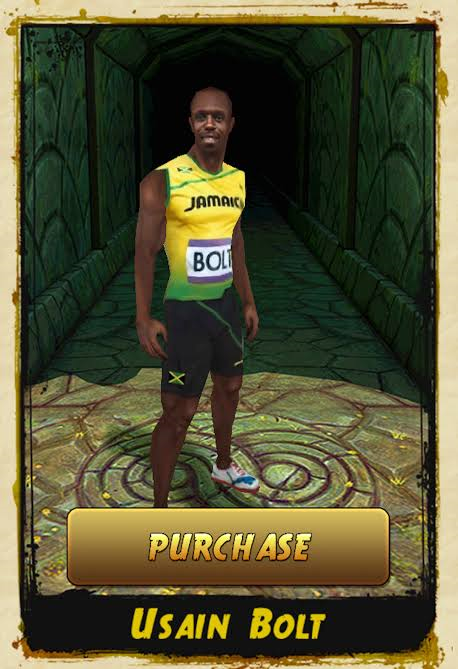 Moving on to his personal businesses, Bolt plans to open a fast-food chain under “Usain Bolt’s Tracks & Records”. The restaurants which would be opened in the UK will offer typical Jamaican fast food such as marinated pork, rice and beans.

He also partnered with a mobile gaming company to make his own arcade-themed mobile game simply called Bolt!. In addition, Bolt has his own watch collection with Hublot, as well as a headphone line called “Soul by Usain Bolt”.

Bolt’s love for football dates back to his childhood days and wax stronger till date. He grew up loving Manchester United and once revealed plans of considering a career in football after retiring from sprinting. According to him:

“I really want to try soccer after I retire because I’ve watched football over the years and I think I could be a good contender”.

Months after retiring from sprinting in 2017, Bolt set out for real football business. He signed a 6 weeks trial deal with Australian Team, Central Coast Mariner. He made his debut for the club in August 2018. 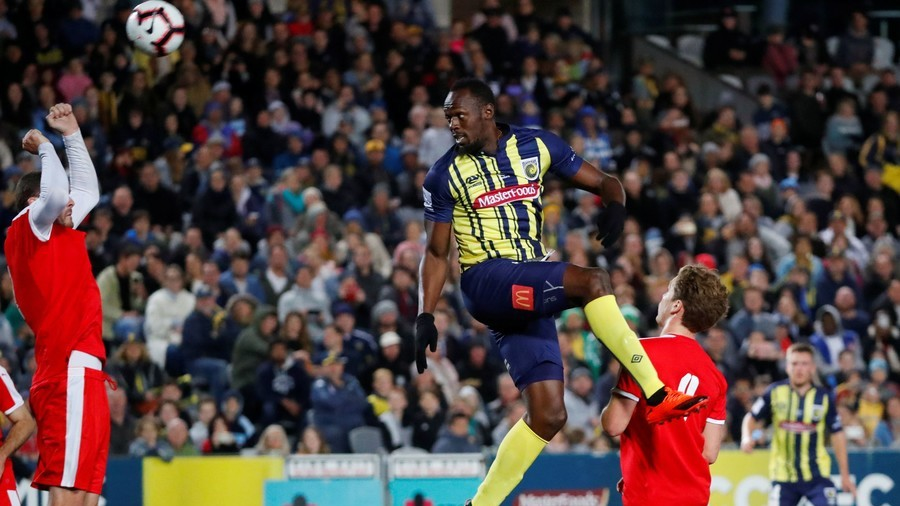 It wasn’t long before Bolt scored twice for his side during a pre-season friendly. It was a match against MacArthur South West United in October 2018. Indeed, all things work for those who believe. 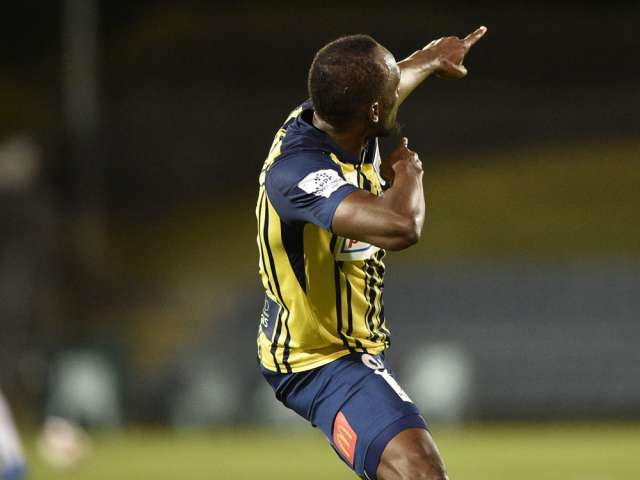 Bolt is a self-believing athlete who is not ruled by pressure. But takes on each competitive event at his own stride. Unlike contemporaries who let fame take over their moralities, Bolt is well-mannered and maintains good relationships on and off games.

His hobbies include dancing, listening to music and playing video games, little wonder he was once admitted to being lazy. In his words:

“Yeah, I am lazy. There’s no doubt about that”.

Many who have contributed their bit to shaping the athlete into who he is today believe that Bolt would have set more unimaginable records if he had focused on training hard as opposed to his hedonistic lifestyle. 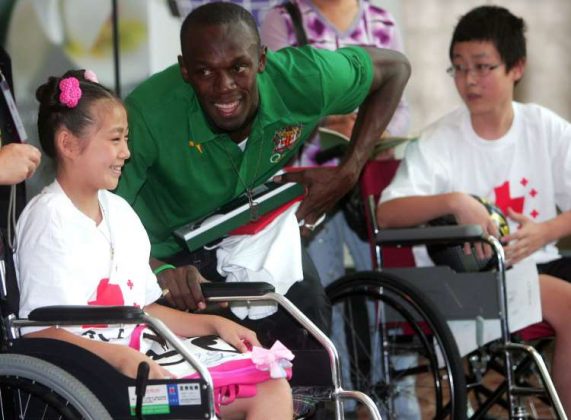 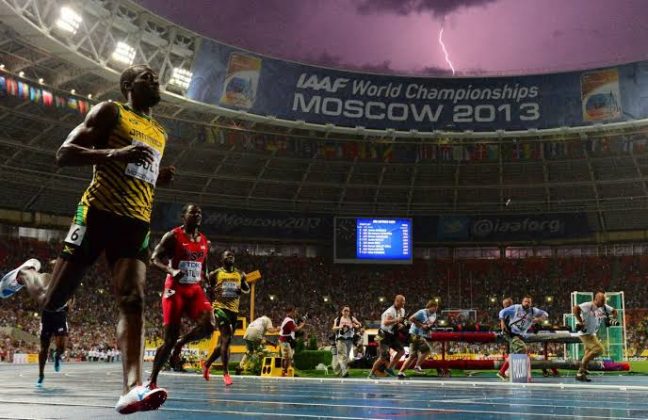 Thanks for reading our Usain Bolt Childhood Story, including his untold Biography Facts.

At ChildhoodBiography, we strive for accuracy and fairness in our quest to deliver you the Biography of Public Figures around the world.

Kindly stay tuned for more related articles in our Public Figures category. You may find some interest in the childhood story of Melania Trump, Martin Garrix, Ngozi Okonjo-Iweala and Simone Biles.