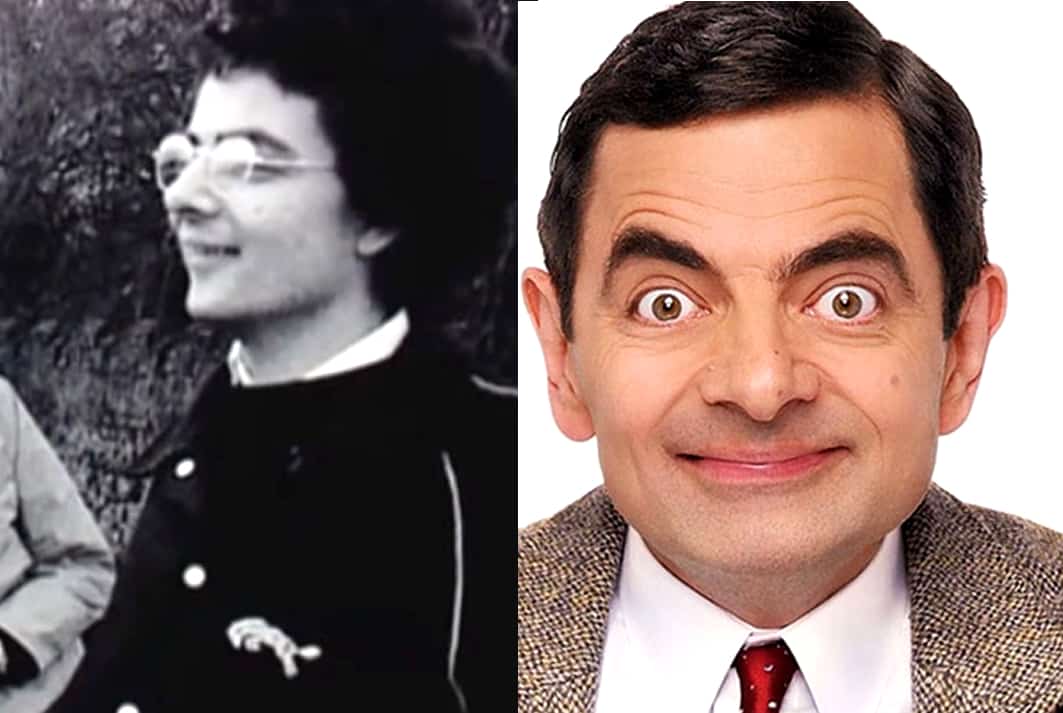 The analysis of the English actor, comedian, and writer best known as “Mr Bean” involves the details of his early life. Then, his life story before fame, family background and personal life. More so, other OFF and ON-Screen little-known facts about him.

Yes, everyone knows about his funny facial gestures in his comedy series. However, only a few consider Rowan Atkinson’s Biography, which is quite interesting. Now, without further ado, let’s begin.

For Biography starters, Mr Bean, AKA Rowan Sebastian Atkinson, was born on the 6th day of January 1955. His birthplace is at Consett in County Durham, United Kingdom. Mr Bean is the last child born to his mother Ella and to his father Eric (a rich farmer).

Regarding his family roots, Atkinson is of American and Armenian origins. With the latter being evident in his Armenian appearance and facial expressions.

Young Atkinson grew up with his elder brothers, Rodney and Rupert, at Durham. Durham is where he is known to have spent his entire childhood.

He stuttered at an early age was taught by his Dad and Mum to take life easy. Mr Bean’s parents are rich. His rich parents accorded him privileges peculiar to the last member of every family.

It was only a matter of time before the young boy rose above his speech challenges to become who he is today.

Atkinson was enrolled at two boarding schools which were run under the auspices of the Church of England. First was the Durham Choristers, a preparatory school that is known for striving to make priests out of its students.

While at the school, Atkinson was known to be a shy kid with a slight stutter as well as a rubbery face. Interestingly, he was was also a classmate with Britain’s ex-Prime Minister, Tony Blair, at the school.

Moving on, Atkinson was enrolled at St. Bees School where his talent for drama was observed by his then A-level physics master, Chris Robson. According to Chris;

“In class he was very middle of the road. There was nothing outstanding about him. I didn’t expect him to become a fantastic scientist.

And he was a quiet lad who walked his own path. But when he walked on-stage he was exceptional”. 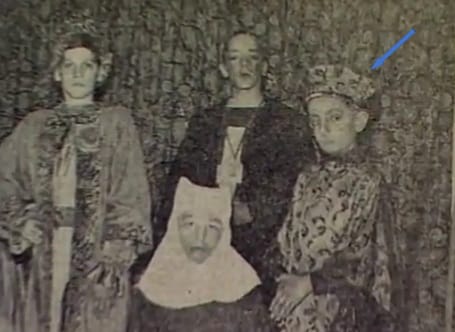 Thus began the “screen journey” of the high school student who, upon graduation, majored in Electrical Engineering at Newcastle University before proceeding to Queen’s College, Oxford in 1975.

It was at queens Queen’s College, Oxford that Atkinson met future screenwriter Richard Curtis. Working together, they executed sketches for the Oxford Playhouse and the Edinburgh Festival Fringe in the following year (1976).

The actor in the making was also an active member of different theatre clubs and dramatic society, an endeavor which made his comic sketches gain huge popularity among students and teachers. 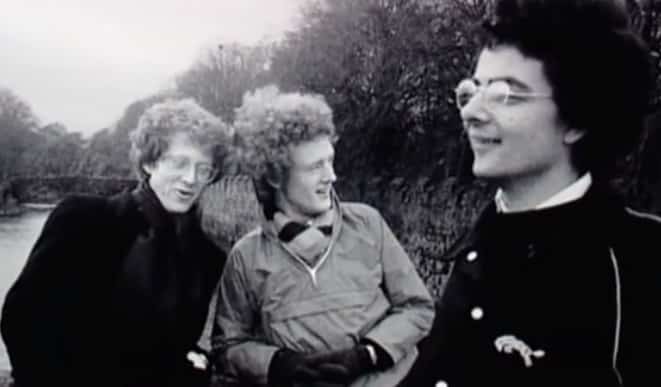 3 years later, in 1979, Atkinson kickstarted his acting career by starring in a series of comedy shows for BBC Radio 3 called ‘The Atkinson People’ as well as a television comedy sketch show titled, ‘Not the Nine O’Clock News.

His successes in the television show landed him his debut movie role in the medieval comedy film, The Black Adder, which made him one of the most popular comics in England. 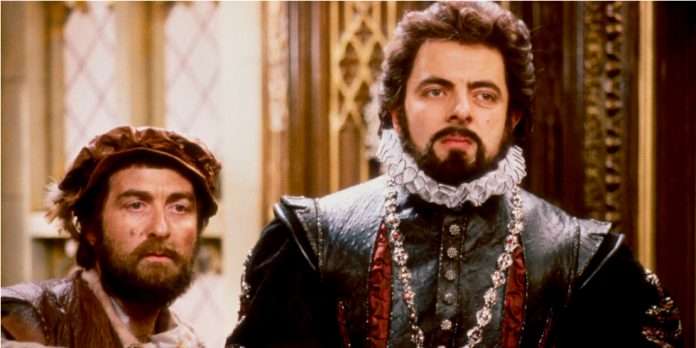 Following his successful debut in The Black Adder, Atkinson consolidated on his local popularity with subsequent roles in the movies ‘The Appointments of Dennis Jennings’ and ‘The Tall Guy’ all between 1987-1989.

His breakthrough finally came in 1990 when he was cast as the wretched buffoon, Mr Bean, in a show titled, ‘Mr. Bean’. 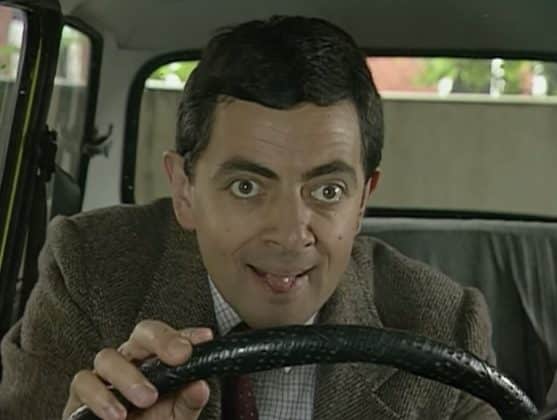 The show was much popular in the united kingdom and abroad that it led to several more TV specials and a big-screen film titled Bean which debuted in 1997. The rest, as they say, is history.

Atkinson has been married once. We bring you details concerning his once marital relationship as well as his current relationship.

The English actor met his ex-wife and Beauty Make-up artist Sunetra Sastry while working on the set of The Tv show “Black Adder ” in 1986. They dated for over 3 years before getting married in February 1990. 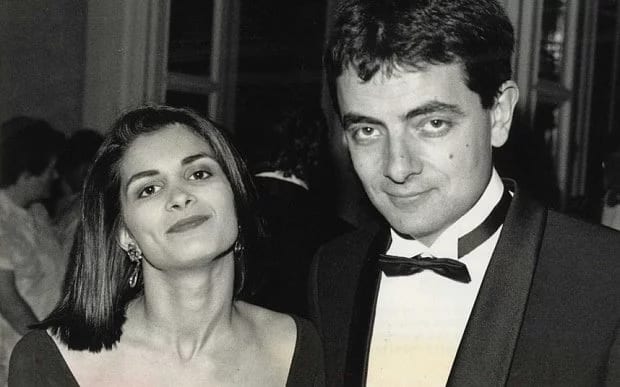 Their relationship was blessed with two children a daughter Lily Grace (an actress) and a son Benjamin Alexander Sebastian (a career Military man). 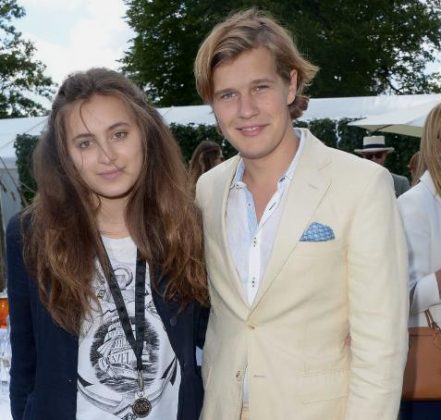 The now-estranged couple lived happily thereafter until they got separated in 2014 after it was reported that Atkinson had a new woman in his life.

A year after, they signed divorced papers with Sunetra noting that the separation was based on Atkinson’s “unreasonable behavior”.

Concerning his current relationship, Atkinson began dating actress girlfriend Louise Ford in 2014, 18 months prior to his divorce from Sunetra. 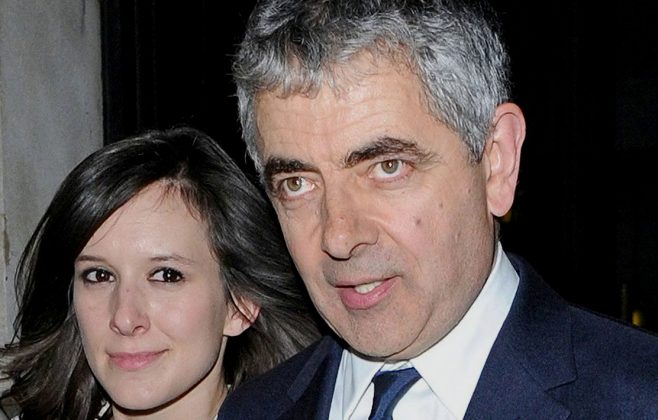 Louise is an actress who met with Atkinson while they appeared during the play “Quartermaine’s Terms” in 2013.

Fast forward to the date the couple is not yet married but has a child born weeks after Louise flaunted her baby bump in November 2017. 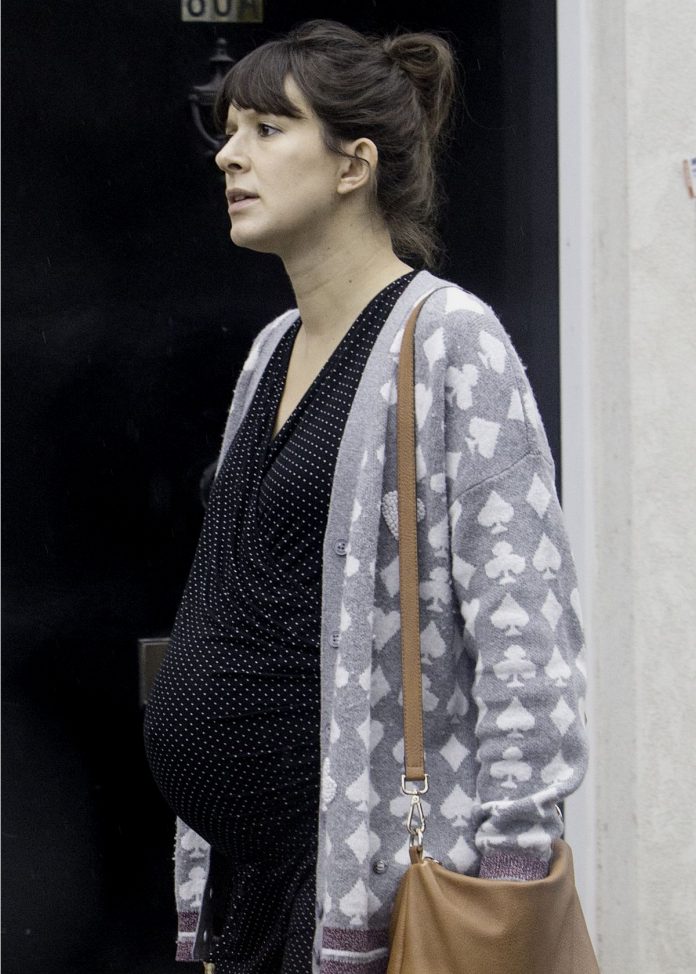 Atkinson was born into a family of 6. We bring you factual details about members of his family.

Eric is a father to the Mr Bean star. He was a rich farmer who is believed to have fought in World War Two. He is also known to be an Electrical Engineer, a development which influenced Atkinson’s choice of study course.

Rowan Atkinson’s Mum is Ella. She was a housewife who developed close bonds with her sons and promoted their interests.

Atkinson has three older brothers. They include Paul, who died as an infant, Rodney – a Eurosceptic economist who first spotted Atkinson’s potential for drama, as well as Rupert, whom little is known about.

Atkinson has been thrice reported dead by fake news circulating online. the first instance of his death hoax was in July 2016 when a fake ‘BBC’ breaking news alert claimed that the screenwriter died at the age of 58 after committing suicide.

Similarly, another fake report began circulating in March 2017, bearing little changes when compared to what was circulated in 2016.

It wasn’t until 2018 that the hoax took a new dimension with the circulation of virus-laden videos, inviting unsuspecting members of the public to hit the play button, which subtly infects their computers with ransomware. 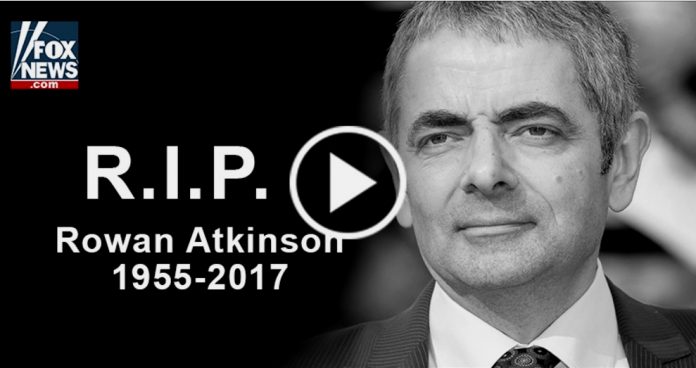 Sometime in March 2001, Atkinson averted what could have been a colossal tragedy by taking over the controls of a private plane after his pilot fainted.

The actor was at the time travelling with his wife and children across Kenya when he noticed that the pilot had closed his eyes and slumped back in his seat.

it wasn’t long before Atkinson was forced to take over control when the chartered twin-prop Cessna began losing altitude. Fortunately, the revived pilot regained consciousness in time to retire Atkinson of his 15 minutes of fame. Until then, Atkinson was the hero who saved the day. 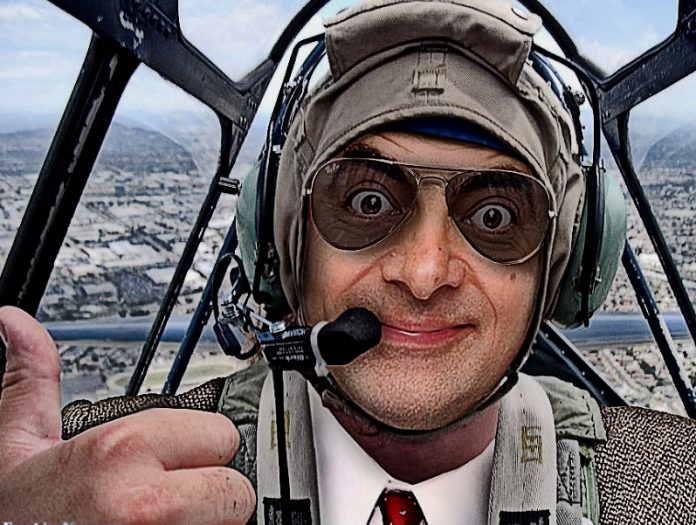 Asides from his acting career, Atkinson is a lover of cars and has a lot of collections. 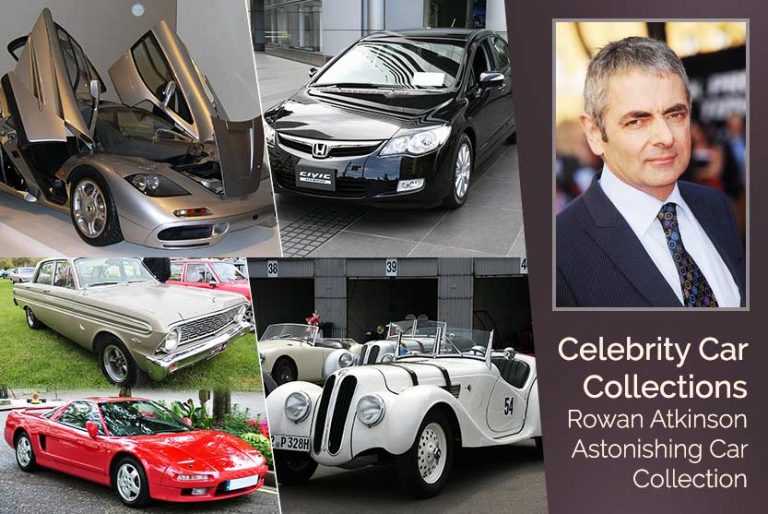 In addition to having amazing cars, Mr bean engages his passion for automobiles by writing for a number of car magazines and appearing on popular television shows like ‘Full Throttle’ and ‘Top Gear’.

He also backs words with action by racing cars that include a Renault 5 GT Turbo, Aston Martin among others. 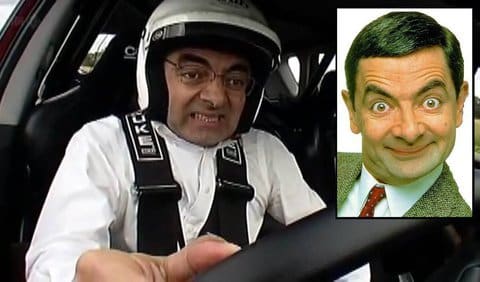 Atkinson is a focused Professional actor whose on-screen personality is nothing close to his real-life relationships. According to him:

“People think because I can make them laugh on the stage, I’ll be able to make them laugh in person. That isn’t the case at all. I am essentially a rather quiet, dull person who just happens to be a performer.” 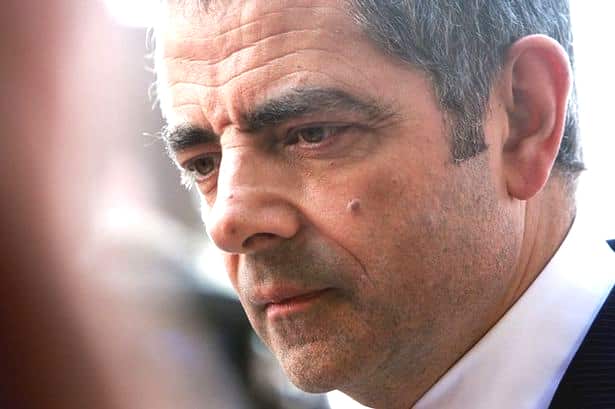 True to his words, Atkinson does not have any personal accounts on social media, though there are some fan pages on Instagram and Twitter.

On the positive side, Atkinson is a Responsible and good manager who knows when to quit, as evidenced in his retirement from the profitable Mr Bean character.

“Apart from the fact that your physical ability starts to decline, I also think someone in their fifties being childlike becomes a little sad. You’ve got to be careful.”

On the flip side, the actor could easily lose a sense of purpose by disliking all that he once had an interest in. Nevertheless, he loves Family, tradition, music, and quality craftsmanship. 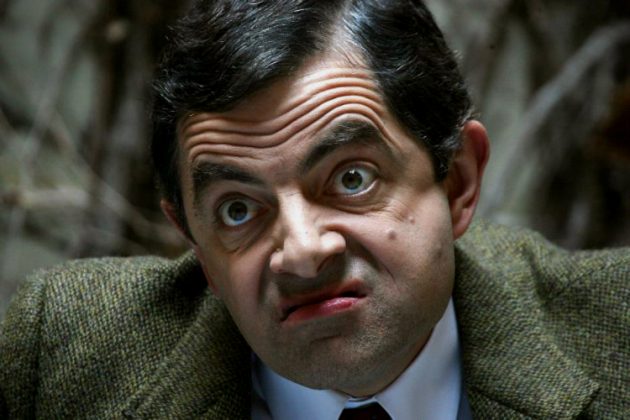 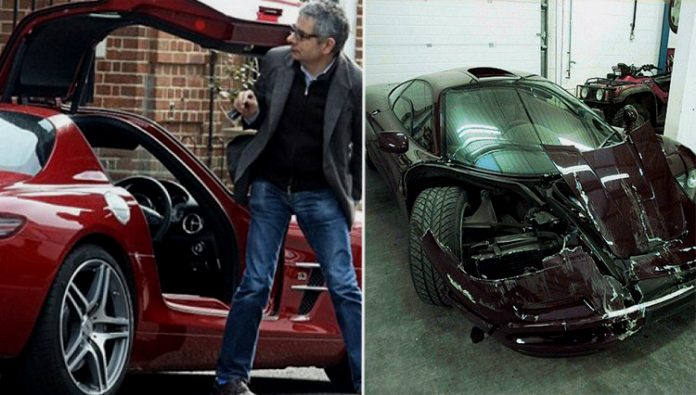 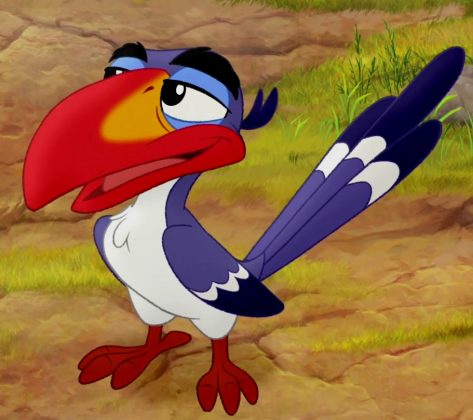 Thanks for reading our Rowan Atkinson Childhood Story, plus untold biography facts.

At ChildhoodBiography, we strive for accuracy and fairness in our quest to deliver you the Biography of Popular Comedians.

Kindly stay tuned for more related articles in our Comedians category. You may find some interest in the childhood story of Ellen DeGeneres, Kevin Hart, Dave Chappelle and Steve Harvey.