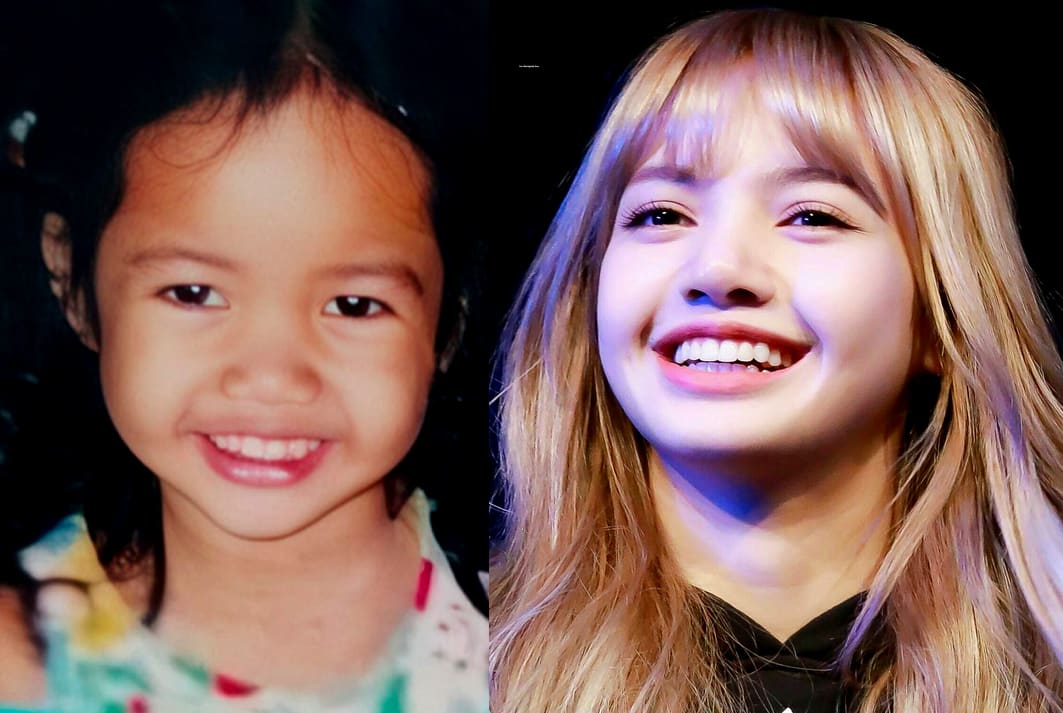 Childhood Biography presents the Full Story of a Thai rapper with the nickname “Pokpak“.

Our version of Lalisa Manoban’s Biography Facts, including her Childhood Story, tells you a full account of notable events from her Early days. We then proceed to tell you how the South Korean Pop star became famous.

The analysis of Lalisa Manoban’s Bio involves her early life, family background. Her life story before fame and rise to fame story.

Yes, everyone knows she is one of the most popular female acts in K-pop. However, only a few consider Lalisa Manoban’s biography, which is quite interesting. Now, without further ado, let’s begin.

For Biography starters, her names are Lalisa ‘Lisa’ Manoban. She was christened Pranpriya Manoban. Manoban was born on the 27th day of March 1997 at Buriram Province in Thailand.

She is the only child born of the union between her mother Chitthip Bruschweiler. And her little known biological dad.

The gorgeous rapper who triples as a singer and dancer is of Thai nationality with South Eastern Asian family origins.

Young Lisa was raised in Bangkok, the capital city of Thailand where she grew up without biological siblings.

Notwithstanding, cute little Lisa had the best of upbringing at Thailand’s most populous city – Bangkok – where she lived the life of a playful and cheerful kid with contagious smiles and illuminating grins. 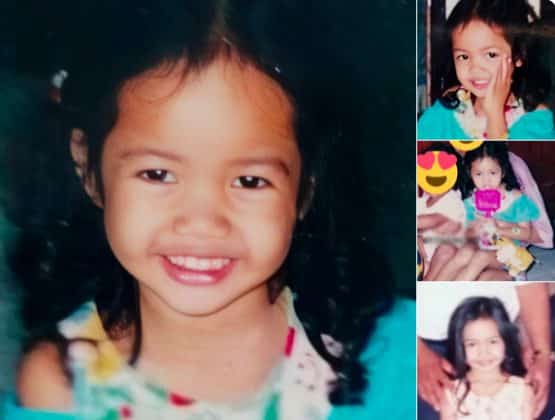 By the time Lisa was at the early stage of her conventional education at Praphamontree School 1 and 2, she had already developed interests in singing and dancing as well as admired artists in the South Korean Pop industry such as Big Bang and 2NE1.

Lisa’s mother soon took an interest in her budding passion and decided to send her to a dancing school where she could enjoy the fullness of both dance and South Korean Pop music. 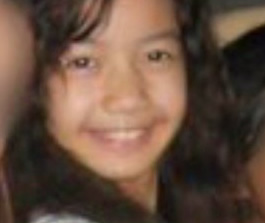 On one occasion, she finished as runner up in the 2019 singing competition themed “Top 3 Good Morals of Thailand”.

An ambitious Lisa went on to enter numerous dance contests including the famous “To Be Number One”. At the peak of her early career engagements, Lisa joined the dance crew “We Zaa Cool” and won uplifting accolades with them too. 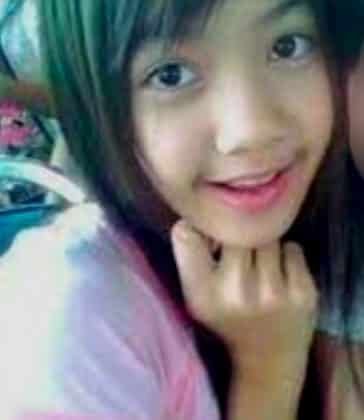 2010 was a turning point year for Lisa, who entered YG Entertainment auditions held in Thailand.

She took the first position out of an incredible 4000 applicants that auditioned for the entertainment company.

As a result, YG Entertainment auditions invited Lisa to join the entertainment company at South Korea as a trainee.

With the development, Lisa became the first non-Korean member of YG Entertainment. She trained with the company for five years performing with fellow budding artists like MV Taeyang of ‘Big Bang,’ Bobby and Mino of ‘YG Entertainment’.

The period also saw her develop and perfect the rapping skills that are characteristic of her present rap style. 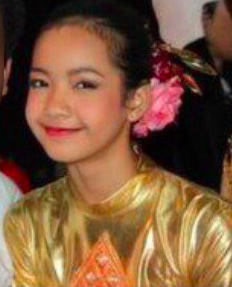 Upon completion of her training in 2016, Lisa was listed as a member of South Korean girl group called ‘BlackPink,’ under the label of ‘YG Entertainment’. Blackpink debuted with the single album “Square One”.

The album which had singles like “Whistle” and “Boombayah” topped all South Korean charts as well as reached number one on the Billboard world digital song charts. 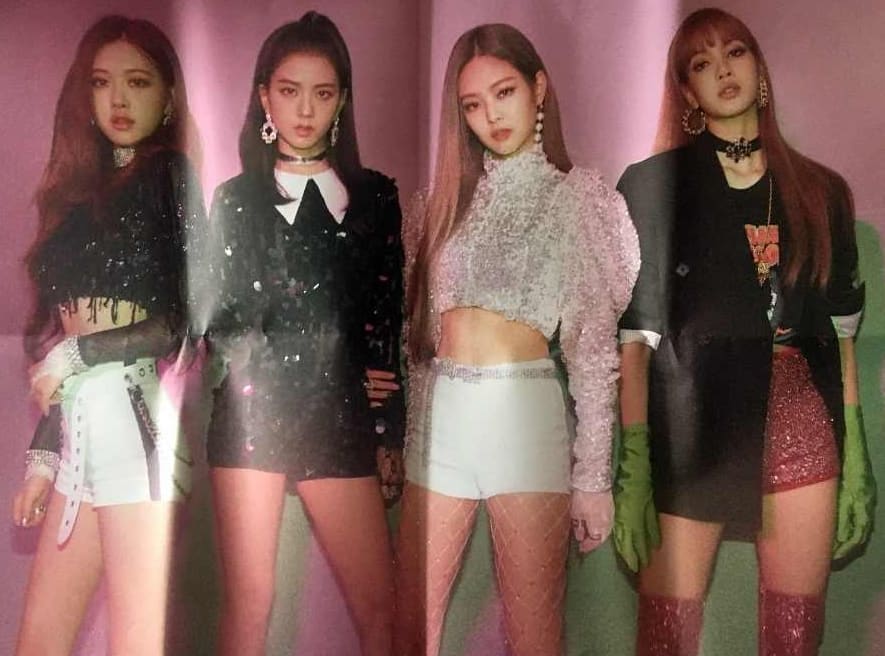 Fast forward to the time of writing, Lisa is the youngest member of the Blackpink girls’ group which also consist of Kim Jennie, Rose and Kim Jisoo.

The Thai national has further worked her way up to become BlackPink’s lead rapper, vocalist, and dancer. The rest, as they say, is history. 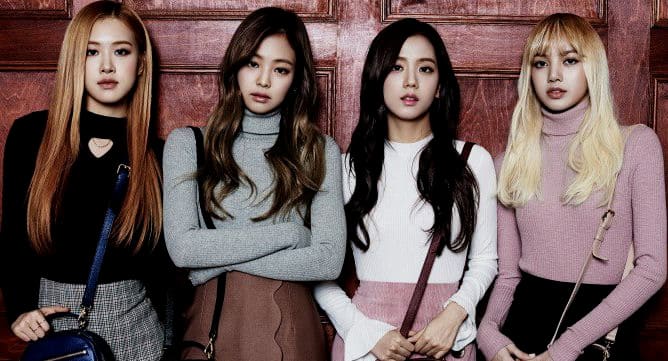 Moving on to Lisa’s love life, there have been no recorded changes in her relationship status because she is single at the time of writing and has not been romantically involved with anyone that can be called her boyfriend. Neither has she been caught up in the web of relationship controversies.

The rapper is rather focused on nurturing her fast-rising career with the BlackPink group, a decision that has been considered wise by many who believe K-pop is a veritable phenomenon that is yet to fully invade the U.S and other first world countries. 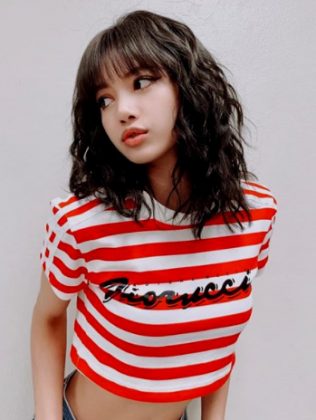 There are just a few entertainers who are the only child born to their parents and Lisa happens to check that list. We bring you facts about Lisa’s family members as well as available records of her ancestry.

There has been no mention of Lisa biological dad who got separated from the rapper mom after her birth. Lisa rather has a supportive step-dad – Marco Brüschweile who has been in the family since her early life.

Marco is of Swiss family origins and hails from an upper-class family background. Widely known as Master Chef Marco, the step-dad is renowned as the great connoisseur of Thai cuisine as well as an author of some new culinary specialities. He very is close to Lisa and proud of her achievements.

Chitthip Bruschweiler is Lisa’s mother. Unlike other members of her family, Chitthip is conservative and tries her best to evade media attention.

However, she once came out of her shell to get featured on one episode of the variety show – “Black Pink House alongside her daughter.

Above all, Chitthip is a good wife to her husband as well as an awesome mom to Lisa who she often misses owing to the fact that they live apart in different countries. 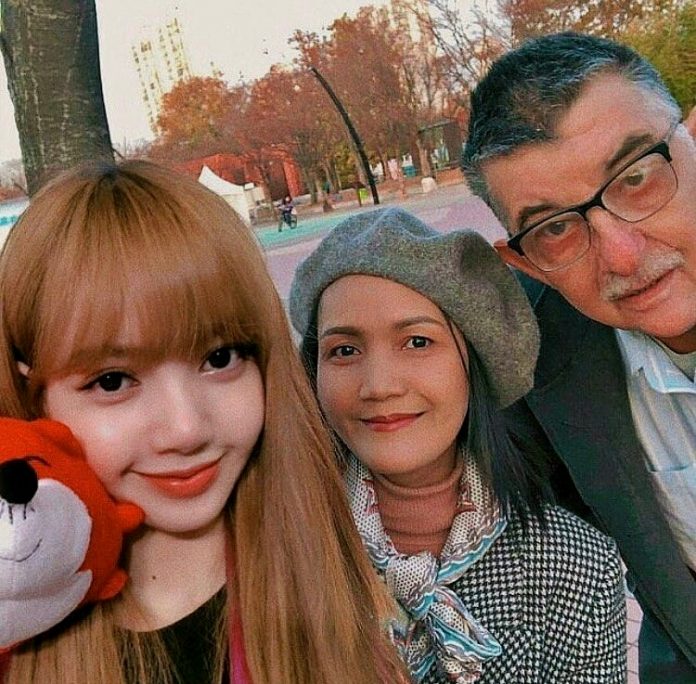 About Lalisa Manoban’s siblings and relatives:

It is no longer news that Lisa Manoban has no biological brothers and sisters neither has it been conclusively established whether she has step-siblings or not.

Similarly, there are no records of the singers maternal and paternal grandparents while her aunts, uncles, cousins, nephews and nieces are yet to be identified at the time of writing this biography.

Lisa possesses a likeable personality that has makings of Aries Zodiac sign. She is energetic, playful, action-focused, uncompromising, natural, assertive and sometimes impulsive.

Added to Lisa’s impressive persona is her shrewd nature of not revealing more than necessary when discussing her private and personal life.

Her interests and hobbies include shopping, photography, modelling, travelling and spending good time with friends and family. 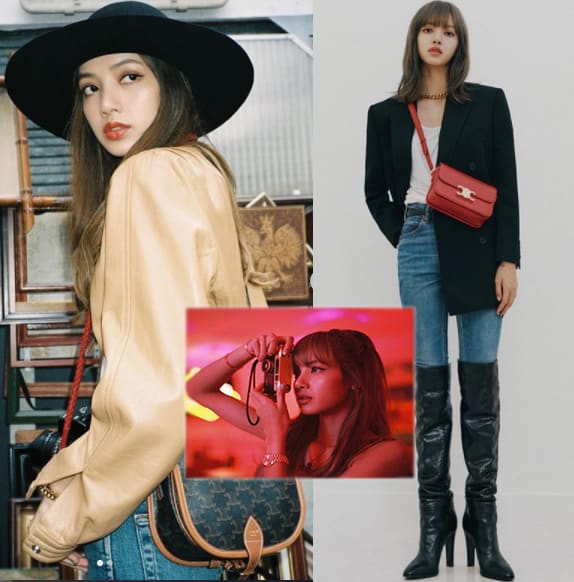 Speak of how Lalisa Manoban makes and spend her money, the aggregate sum of her $2 million net worth – at the time of writing – takes its origin from her rapping, singing, modelling and dancing endeavours while others take the form of monetary proceeds that she acquires from endorsing brands like Samsung and Adidas.

Though analysis of Lisa’s spending habits on acquiring assets like cars and houses are still under review, she strikes fans as one who lives a luxurious lifestyle as evident in her scenic photoshoots at expensive resorts as well as in or near assets that are believed to hers. 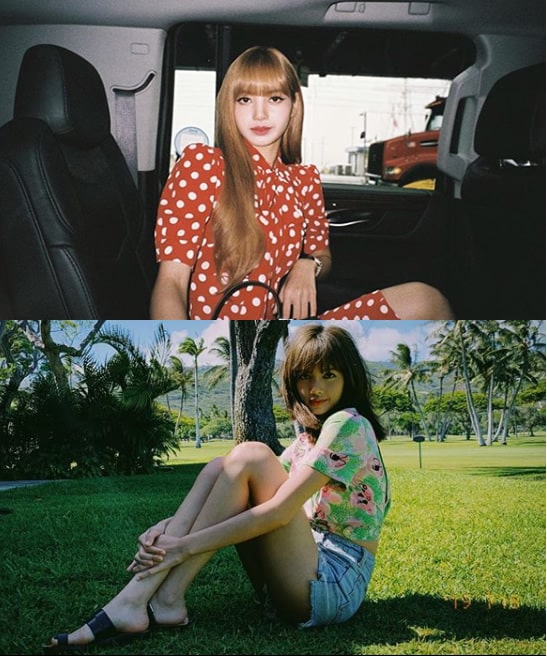 To wrap up our Lalisa Manoban childhood story and biography, we present little known or untold facts about her.

Body arts are probably the last agenda on Lalisa Manoban’s list of interests as her gorgeous looks and cool height of 5′ 6″ makes her consider tattoos as an unnecessary beautification.

Lalisa Manoban is a huge lover of cats. In fact, she used to have two of the lovely creatures back in Thailand named Hunter and Tiga.

Her undying love for the felines is still being communicated by the manner which she poses for photos with them. 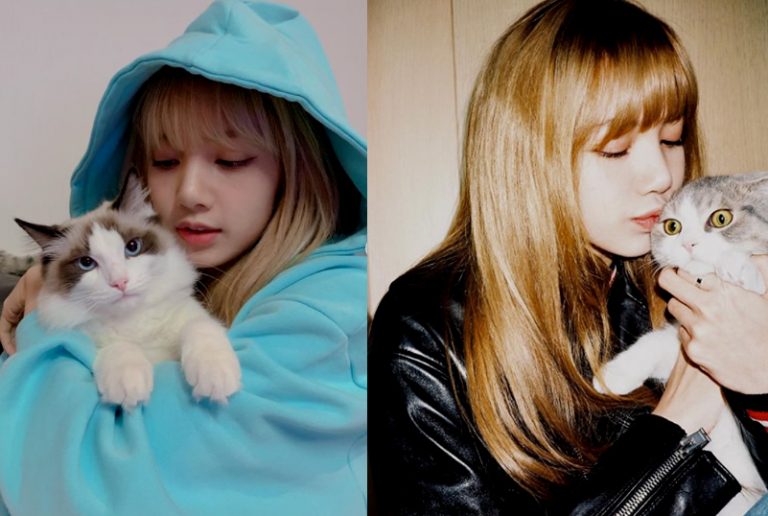 Not much is known about Lisa’s position on matters of faith, neither does she give an inkling of whether she is a believer or not.

Since most Asian countries are known to be without religion, the odds are in favour of being a non-believer.

Do you know that Lisa is a polyglot? (a person who knows and can use several languages). She has a perfect mastery of English language and knows how to speak Japanese, Thai as well as Korean. 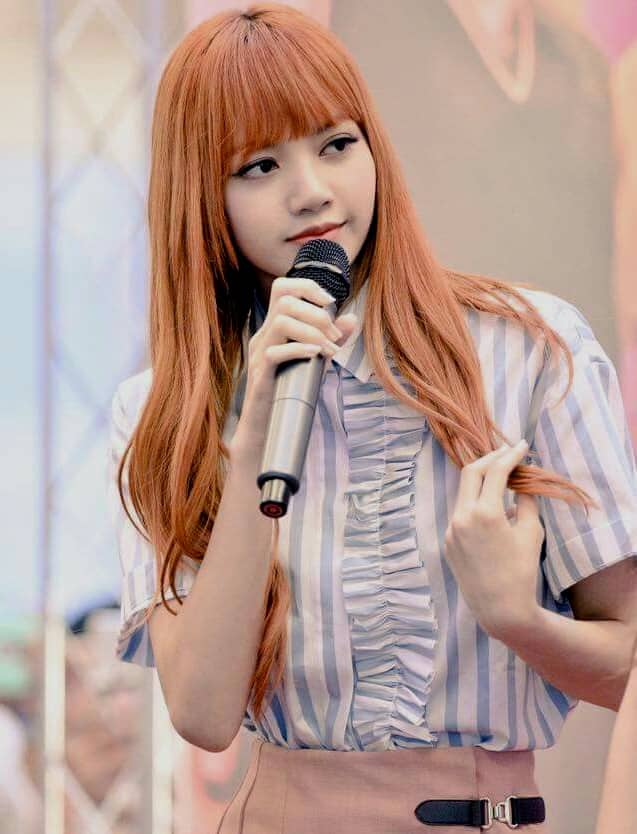 The rapper does not smoke, neither is given to drinking at the time of writing. More so, her company – YG Entertainment – has a standing rule that bars members from smoking and drinking.

Do you know that Lalisa Manoban was originally named Pranpriya Manoban – which informed the nickname Pockpack? however, she underwent a fortune-telling process which demanded that her name should be changed to Lalisa which means ‘the one who is praised’.

Thanks for reading our Lalisa Manoban Childhood Story plus untold biography facts. At childhood biography, we strive for accuracy and fairness while delivering you the Biography of Famous Global Singers. The Childhood stories of Olivia Rodrigo, Khalid Robinson, Roddy Ricch, and DaBaby might interest you.