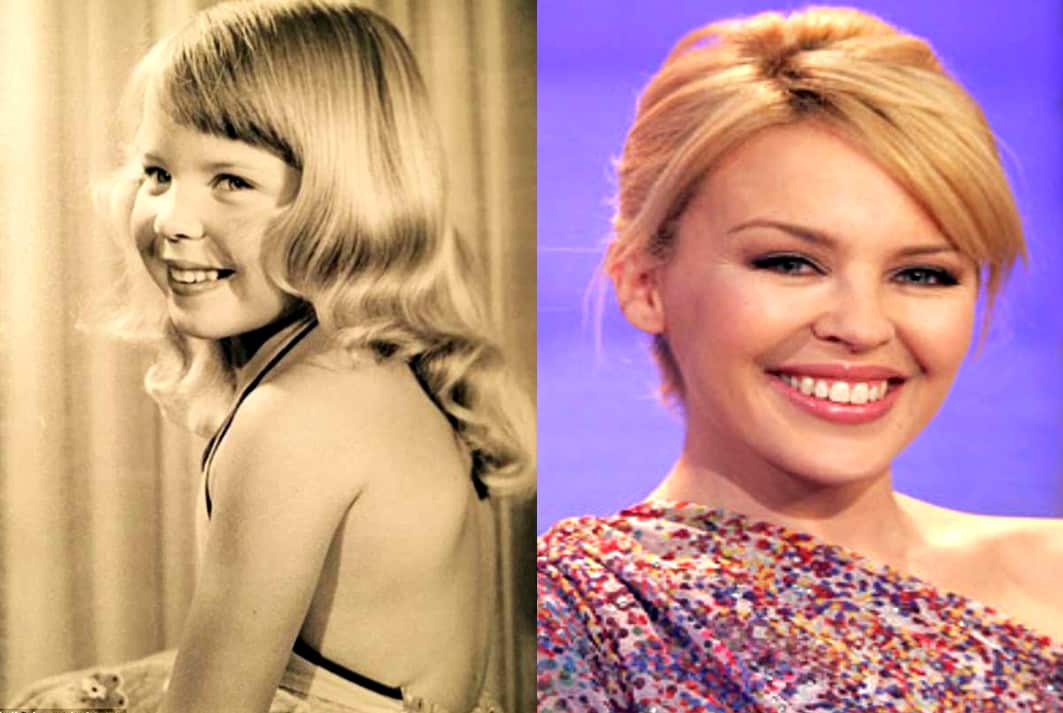 Yes, everyone knows of her exceptional iconic performance which is second to none in Australia. However, only a few consider Kylie Minogue’s biography which is quite interesting. Now, without further ado, let’s begin.

Kylie Ann Minogue was born on the 28th day of May 1968 to her mother, Carol Ann Jones a former stage dancer and her father, Ronald Charles Minogue an accountant in Melbourne, Australia.

She is the eldest of three children born of the union between her parents, Carol Jones and Ronald Charles Minogue. Below is a beautiful photo of Kylie Minogue’s parents while they take a stroll.

The Australian national of white ethnicity with Irish, Welsh and English family roots hail from a middle-class family background.

She was raised in Surrey Hill in Melbourne where she grew up with her sister Danielle Jane Minogue and her brother, Brendan Minogue.

As a kid, Kylie Minogue was always cheerful and would often spend some of her free time reading. She also engaged in sewing and learned how to play the piano and violin at a very tender age.

She took an interest in acting alongside her younger sister in various plays and short dramas. Kylie was fully aware of her mother’s former professional dancing occupation and was geared up to surpass her mother’s performance when she grows up.

Like her siblings, she was privileged to acquire formal education. Kylie Minogue’s parents first enrolled her at Studfield Primary School after which she was transferred to complete her primary school at Camberwell Primary School.

Kylie Minogue’s School Experience: While studying at Camberwell High School, Minogue was able to meet up to the average academic performance requirement and was quite modest in carrying out responsibility as a student.

She was very reserved and couldn’t make friends easily. After school, Kylie Minogue’s parents granted her approval to begin taking singing and dancing lessons. From it, she was able to build the foundation for her career in the entertainment industry.

Do you know? Minogue came into the limelight of the movie industry at the age of ten. As shocking as it may seem, Kyrie got the opportunity to air in a soap opera after accompanying Dannii to a hearing which was arranged by their aunt, Suzzette.

Although she was still young at her starting point, Minogue had to put a lot of effort into perfectly playing her role. A few years after her minor role in Skyways, She was cast in one of the lead roles in “The Henderson Kids”.

Acting did not turn out to be as easy as Minogue had envisaged. She had to take some time off school to film The Henderson Kids, she would often burst into tears after being yelled at by her producers for forgetting her lines.

In the second season of the show, the unexpected happened as Minogue was dropped out of the film after producer Alan Hardy wrote-off her character from the program.

With her character written-off in The Henderson Kids, Minogue delved fully into music which was her initial basic career preference.

She made a demo tape featuring her little sister, Dannii as a regular performer for the producers of the weekly music program Young Talent Time.

In 1986, Minogue was cast in the soap opera, Neighbours as Charlene Mitchell, a schoolgirl turned garage mechanic. The movie soon gained popularity all over Australia earning her great fame as well as numerous awards.

She soon performed a song called “The Loco-motion” in a concert and later signed a contract with a recording company called the Mushroom Records in 1987. Her song – Loco-motion – became the highest selling track and topped the Australian music charts for 7 weeks.

In the same year, Minogue became the first person to have won four Logie Awards in one year as well as the youngest person to receive the Gold Logie Award.

Fast forward to the time of writing this bio, the accomplishment of Kylie Minogue cannot be undermined as she is considered to be one of the most celebrated Australian artists in recent times.

Just like Dolly Parton, John Legend, and Post Malone, Minogue has been nominated for different Grammy Awards winning one out of five nominations at the time of writing.

Upon winning the Best Dance Recording awards at the 46th annual Grammy Awards in 2003, Minogue’s sense of further accomplishment was ignited thereby enhancing more improvement in her subsequent works. The rest, as they say, is history. 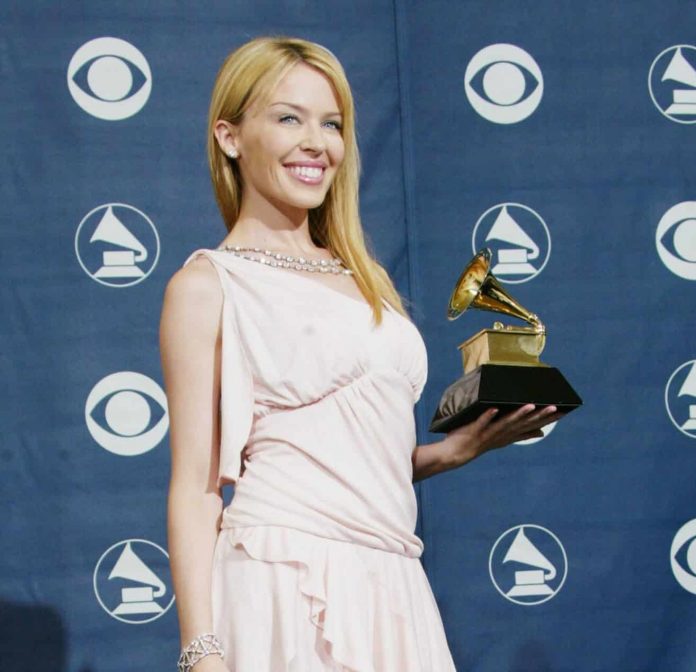 Do you know?… Minogue has been entangled with more than twenty men in her relationship life since her rise to fame.

As impossible as it may seem, she is still single at the time of writing this bio. Kylie Minogue has been in a relationship with the following;

Minogue’s relationship is not only limited to dating, but she had also been engaged to two different celebrities between the years 2009 and 2017.

She was engaged to Andrés Velencoso from 2009 to 2013 and later got into a romantic relationship with Joshua Sasse whom she later got engaged to.

Her engagement to Joshua Sasse didn’t last too long as the two love birds separated after one year of engagement on the 1st day of February 2017.

The family of the Australian singer has played a very vital role in stamping her career success on the sands of time.

A look into the life of each member of her family will give you a sense of feeling of how they have worked unitedly in getting to the level of success they’ve acquired at the time of writing.

Ronald Charles Minogue is Kylie Minogue’s dad. Charles who was a chartered accountant had to work through different jobs in order to meet up to the financial demands of his family.

As a result of his quest for a better-paid job, he and his family were always moving from one location to another.

Carol Ann Jones is Minogue’s mom. She had lived in Wales from the time of her birth until her family moved to Australia when she was ten years old. Carol was a professional dancer and later worked as a tea lady at a local hospital.

Last but not least of Kylie Minogue’s family members are her two younger siblings namely; Dannii and Brendan Minogue. Her younger sister, Dannii was born on the 20th day of October 1971 in Melbourne and attended the same school as Kylie.

Dannii is also an Australian singer as well as a professional model and has supported Kylie in some of her song productions. Brendan, the younger brother of Kylie Minogue is a professional news cameraman in Australia.

About Kylie Minogue’s nephews and nieces: Kylie Minogue who is yet to be married, is an auntie to the children of her younger siblings.

Her brother, Brendan has four kids of whom little information is known about while her younger sister, Dannii is the mother of two at the time of writing, with her youngest child being named Ethan.

About Kylie Minogue’s relatives: Moving on to Kylie’s ancestry, her maternal grandmother was Millicent Riddiford the daughter of George Morgan Riddiford and Margaret Megan Hughes while her maternal grandfather was Denis Evan Jones the son of Robert E. Jones and Harriet Parry. Not much information is known about her paternal grandparents as well as her uncles and aunts.

The personal lifestyle of Minogue away from her career endeavors makes her life even more interesting than you would have imagined.

We bring you makings of her personality to help you get a complete picture of her. Minogue’s persona is a blend of Gemini Zodiac traits.

She is extremely good at playing scrabble and is usually referred to as the demon scrabble player. Her friend Kathy Lette once told the Mirror that;

“We quite often have marathon Scrabble competitions. Kylie has the game down to a fine art – she knows how to score big and doesn’t mess around. She pretty much always wins.” 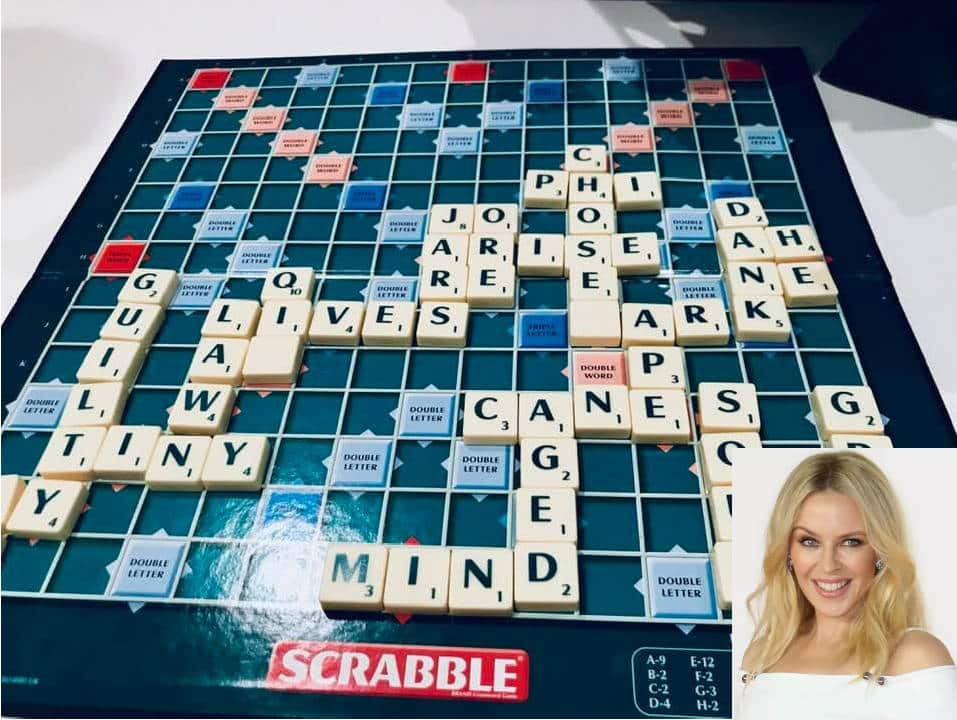 The lifestyle of the Australian singer is worthy of her reputation as she lives a very luxurious lifestyle. Being the highest-selling Australian artist of all time, Minogue’s net worth is estimated to be a whopping sum of $90 million.

The origin of her wealth stems majorly from her singer endeavors and endorsement deals with brands like Casadei, Coty, and Dolce & Gabbana to mention a few.

Kylie Minogue’s assets: The Australian singer has acquired different kinds of assets for herself.

To begin with, she owns a luxurious and well-furnished mansion worth about $4 million at South Kensington, London. Minogue has been seen flaunting her car – a Maserati Gran Tourismo – on numerous occasions. 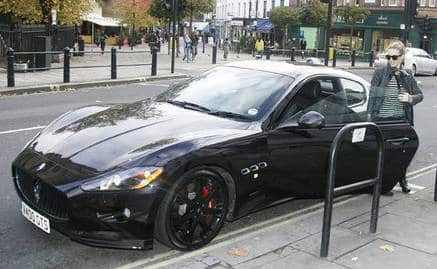 To wrap up our Kylie Minogue childhood story and biography, here are some lesser-known facts about her that will help you grasp a complete picture of her bio.

According to DailyMail, Kylie Minogue’s parents raised her in the Christian faith and Roman Catholic family background. However, in recent years, there have been changes to her religious beliefs.

During her fight against cancer, Kylie was seen putting on a Kabbalah bracelet and also attended their meetings. (Kabbalah is an esoteric method, discipline, and school of thought in Jewish mysticism). Her actions left many of her fans with unanswered questions as to where her faith lies.

In the world of celebrities where tattoo is eminent, Kylie Minogue is less interested in inking any form of tattoo on her body.

Considering her age at the time of writing, it would be proper to assume that the Australian singer may not ink any tattoo in the future to come.

Kylie Minogue has been extremely cautious about the type of things she eats or drinks. She does not smoke as she believes that smoking is not good for her health. Furthermore, Kylie does not indulge in drinking excessively as she makes efforts to maintain a balanced diet in her meals. 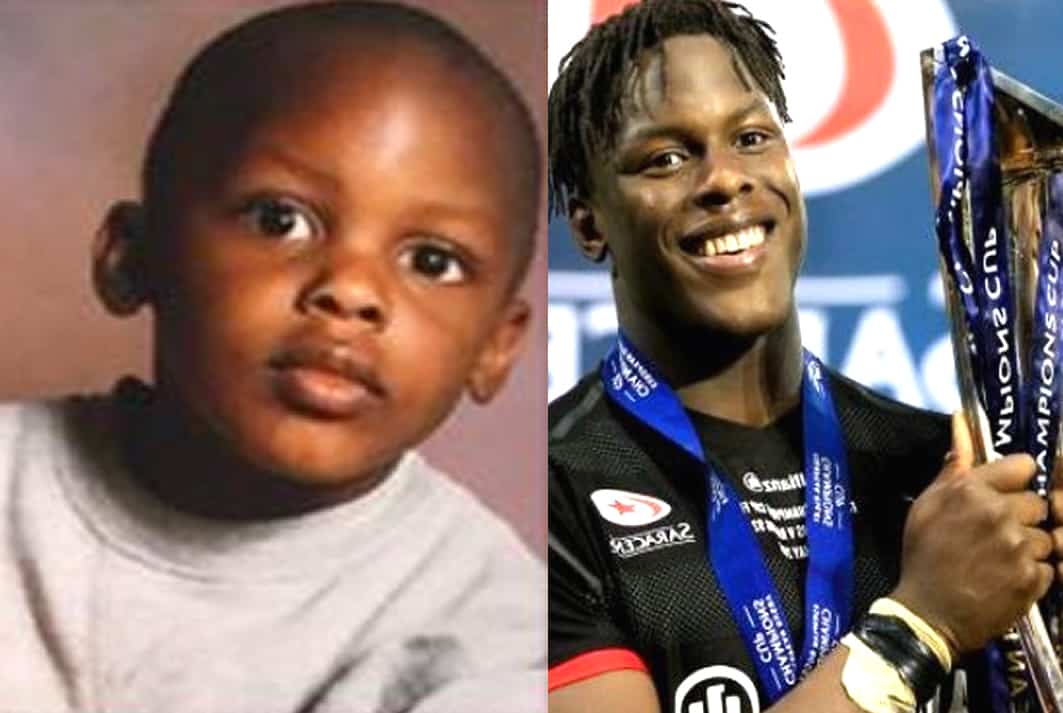 The entire members of Kylie Minogue’s family were left saddened as poor Kylie was diagnosed with breast cancer in the month of May 2005 at the age of 36.

She battled with the ailment for a very long time and finally became victorious after several treatment procedures.

Minogue disclosed to the press in the month of September 2019 that her diagnosis and battle with cancer was the sole reason why she has no children.

FACT CHECK: Thanks for reading our Kylie Minogue Childhood Story plus untold biography facts. At childhood biography, we strive for accuracy and fairness. If you see something that doesn’t look right in this article, please place your comment or contact us!