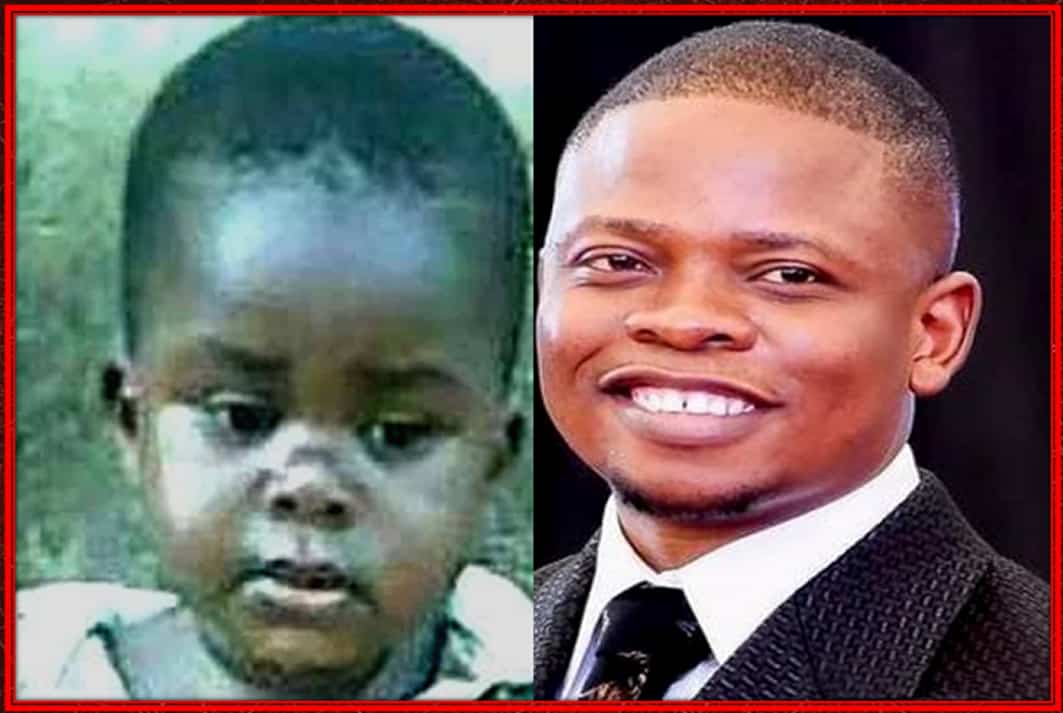 In the nutshell, this is a story of the Prophet’s life journey, from his boyhood days, to when he became famous.

To whet your autobiography appetite, here is his cradle to adult gallery — a perfect summary of Shepherd Bushiri’s Bio.

Yes, we all know the Malawian Christian Prophet is popular in Malawi and South Africa – just like Joel Osteen is for America. In 2020, Bushiri allegedly fled South Africa ahead of fraud trials. Nevertheless, only a few know Bushiri’s Life story from birth. Without further ado, let’s begin.

For Biography starters, his full names are Shepherd Huxley Bushiri. He was born on the 20th day of February 1983 to his father, Huxley Bushiri, and mother, Christiana Bushiri in Lilongwe, the capital of Malawi.

Because of the unique experience his Mum had during his birth, he got the name, Shepherd.

The naming was Christiana’s way of Acknowledging, that God was her Shepherd. The Preacher is the 4th child amongst six (6) children.

The young Malawian Preacher grew up in Mzuzu, which is in the northern part of Malawi. He was a timid little boy.

The young chap would follow his Mum everywhere she went. At 10, Shepherd Bushiri had a spiritual encounter. That encounter would lead him into a new dedication and walk in the Christian faith.

It’s no doubt that Shepherd Bushiri hails from a household that highly upholds Christianity. He was the fourth child amongst the Six (6) children born to his parents.

Having a nuclear family with parents and children must have given them the best care possible. Though Shepherd Bushiri’s parents both worked to maintain financial stability, they were poor.

As aforementioned, the Preacher was born in Lilongwe, Malawi. He was born to a Malawian father and a Zambian mother.

Shepherd Bushiri is a native of Mzuzu in northern Malawi. His past life revolves around Mzuzu. Therefore, we can conclusively say he is a Malawian.

As crucial as being educated is, the Man of God strived to get one. Bushiri attended Moyale Secondary School in Mzuzu, where he got his SSCE.

The University is an institute of Online Learning. The primary vision is to equip the Body of Christ for Ministry.

Owing to the mystery surrounding the Malawian Preacher’s birth, he must have perceived an exceptional touch upon his life. So would go for a deep inner search to discover himself.

Shepherd Bushiri reported seeing a supernatural being in his dream. Upon receiving instructions in the trance, he got directed to tell people to repent. So, he dedicates his life to serving God as a Christian.

Soon enough, proceeding from his early dedication to serve God, Bushiri started his Ministry. He took most young boys from Zolozolo township in Mzuzu and made them pastors there.

Much later, after establishing the church, Bushiri moved to the country’s capital, Lilongwe. As a result, he didn’t have sufficient time either to stay or even to visit his hometown.

He performed miracles of diverse healing at various meetings and crusades. This gesture made a name for Bushiri.

At 27, the once-timid child rose as a self-styled prophet. The Miraculous healings were synonymous to his name. His fame spread both within and outside Malawi. He left Malawi for South Africa in 2013.

The people of South Africa welcomed him with open arms as he had won their hearts. As a result, there was a sporadic growth in the Ministry, both numerically and financially.

Such that there was a bank kiosk outside the stadium where he ministered. The money received was all banked instantly.

Today, the ‘supernatural prophet’ has a reputation as a man of God with succinct prophecies.

His over 200,000 congregations both in South Africa and Malawi put him in an excellent position to influence the political and economic changes in these countries.

Unlike the catholic priest who remains celibate for the rest of their lives, Bushiri is married to Mary Zgambo Bushiri.

She is as well known as Prophetess Mary Bushiri and preaches, just like her husband. She formerly worked as an accountant in an international non-governmental organisation.

Shepherd Bushiri got married in July 2011. The wedding took place at Mzuzu stadium with a loud attendance. Together, the couple are parents to two daughters.

It’s no doubt coming from a deeply rooted Christian home gives Bushiri a sound background for his chosen career in life.

His household was entirely part of his success story, most especially his mother. Could it be that his children would follow the path of Ministry too?

Bushiri’s Dad worked for the Malawi Young Pioneers. The group is a paramilitary wing associated with the one-party rule of Malawi Congress Party.

His name is Huxley Bushiri. He is in addition, married to Christiana, with whom they have six children.

All who knew Shepherd Bushiri knew how his Mum had influenced his life. Her name is Christina Bushiri, a Zambian-born.

Also a nuclear family, the Malawian Prophet has two daughters with his wife. Their first daughter, named Israella, was born in 2012, while the name of their second daughter is Raphaella. The family of four is close-knit.

Well enough to know that Redfield had five other siblings; and should have a nephew (s) and niece (s), In-laws inclusive. However, their names not known as of the time of this writing.

Lots of his followers have asked?… Who is Shepherd Bushiri? – Malawi’s self-proclaimed ‘prophet.’ First and foremost, he is a motivational speaker, author, and businessman.

Before the supernatural Prophet’s fame, Major 1 received mentorship from another prophet named Prophet Uebert Angel. He is also a multimillionaire entrepreneur and Leader of Good News Church in the UK.

It, therefore, no news to see, Bushiri duplicating the apt and charisma of his mentor and Leader. Shepherd Bushiri continues to challenge people globally to pursue their passions in life.

We now know Bushiri to be one of the most affluent people and one of the wealthiest pastors in the world in contemporary Africa. According to the Malawian Eye, Shepherd has a lavish lifestyle.

All his cars are worth a fortune. His fleet includes a Rolls Royce Black Badge, a Bentley Bentayga Limited Edition, an Aston Martin One -77, and even a Maserati Levante whose value is about $171,500.

Besides his fleet of cars, Major One also owns three private jets and several luxurious houses. One of his homes at Centurion, Johannesburg.

As theSun puts it, he is the £100m jet-setting preacher who claims he can walk on air, cure cancer and summon angels.

From his work as a business executive, motivational speaker, author, and evangelist, Bushiri’s net worth according to Glusea as of 2019 had been estimated to be $150 million.

Additionally, in an affidavit, Bushiri stated that he and his wife earn R722,000 monthly. The monthly salary is equivalent to $46,800.

We expect you have got informed concerning our current profile. However, here are other facts you would find more interesting;

There is a claim that Bushiri was born as Chipiliro Gama. An invoice mistakenly delivered to Baloyi Attorneys had the popular name Shepherd Bushiri and instead called him Chipiliro Gama.

Bushiri has been involved in many charitable works around the world, including work in Malawi, Nicaragua, Nigeria, Botswana, and South Africa.

He formed a humanitarian organization called “The Shepherd Bushiri Foundation” with Duncan Zgambo as CEO, he provides for the less privileged.

In 2018 Shepherd Bushiri got the prestigious award and induction into the CEO Hall of Fame by the African Leadership Magazine. His company has also got honored with the business excellence award for its continued success.

The Ministry reported as one of the fastest-growing churches in Africa and the world. Bushiri is the founder of the church.

He has as well-established churches in South Africa, Malawi, Ghana, South Sudan, and other countries.

Doctors had to abandon Shepherd Bushiri’s mother before his birth. Since she had refused a cesarean section, which had urgently needed.

They did not expect that when they returned to the room, the child would have been born. It was a genuine miracle! ‘My God is my Shepherd’–uttered the Prophet’s mother.

Bushiri and his wife appeared in the Specialised Commercial Crimes Court in Pretoria, the latter part of 2020. They were both charged with fraud, money laundering, and contravening the prevention of the Organised Crime Act.

We expect that reading Prophet Shepherd Bushiri’s childhood story has been fascinating and inspiring. We saw how his challenges started from his birth and followed through his growth and life.

However, the Prophet was never downcast, instead focused on his calling and excelled there. This is happening even in the face of trials – most recently (2020) – Bushiri’s accusation of rape of two congregants.

Do well in sharing your experience with us. Even as we guarantee you more biography facts of Notable Religious Leaders. That of Joyce Meyer, David Oyedepo and the late Arch Bishop Desmond Tutu would interest you. To get a full summary of his Major 1’s Bio, use our wiki table.