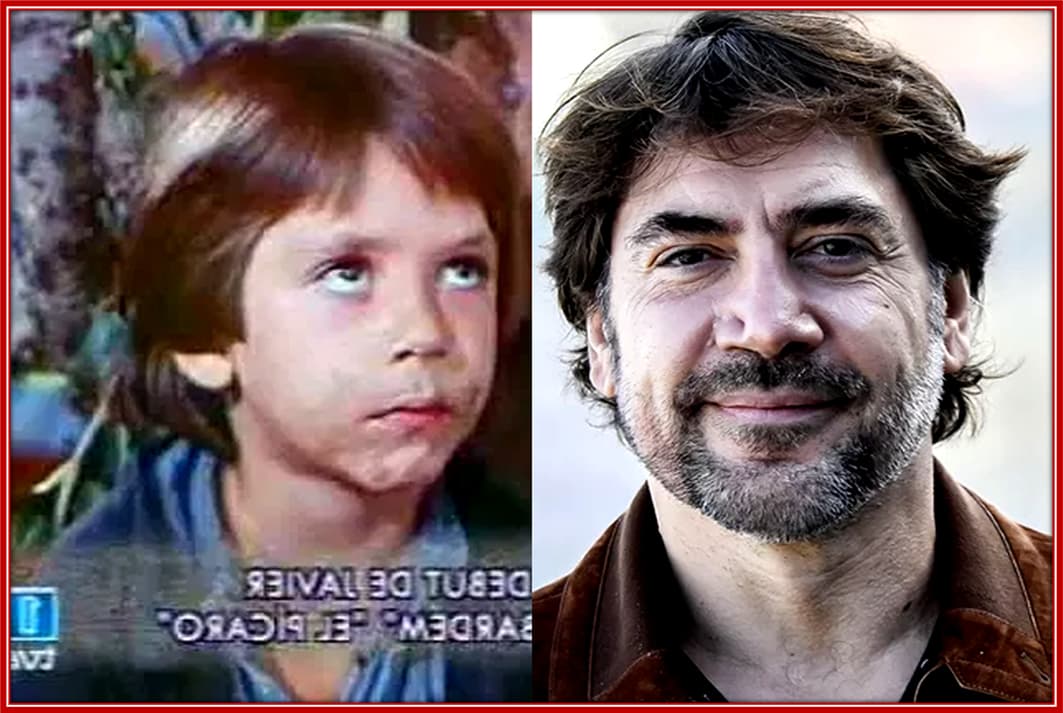 We have here, a concise article that brings you happenings in his life from his times as a kid right until his fame. From cradle to the rise, here is a summary of Javier Bardem’s Bio.

Yes, it’s possible that you might have seen a few of his movies and due to that, have labelled him as one of your favourites among European Actors.

If you still have not heard about him, there is no need to worry. Stay connected as we fill you in with his fascinating life story.

For biography starters, the Spanish actor has his full name as Javier Ángel Encinas Bardem.

He was born on the 1st day of March 1969 to his mother, Pilar Bardem, and father, José Carlos Encinas Doussinague in the capital city of Las Palmas de Gran Canaria, Canary Islands, Spain. Behold, a rare childhood photo of Javier Bardem.

Before his adulthood, the young Spanish actor would spend time at the theatres and on film sets.

Though Javier was a shy boy. At Six, he made his first film appearance in Fernando Fernán Gómez’s El Pícaro (The Scoundrel).

Having to grow up amongst a family of actors, he never saw himself as an Actor. Instead, he played rugby and once represented the Junior Spanish National Team.

Javier Bardem and his elder siblings were raised by their mum. Here is he with his teammates before a rugby match. 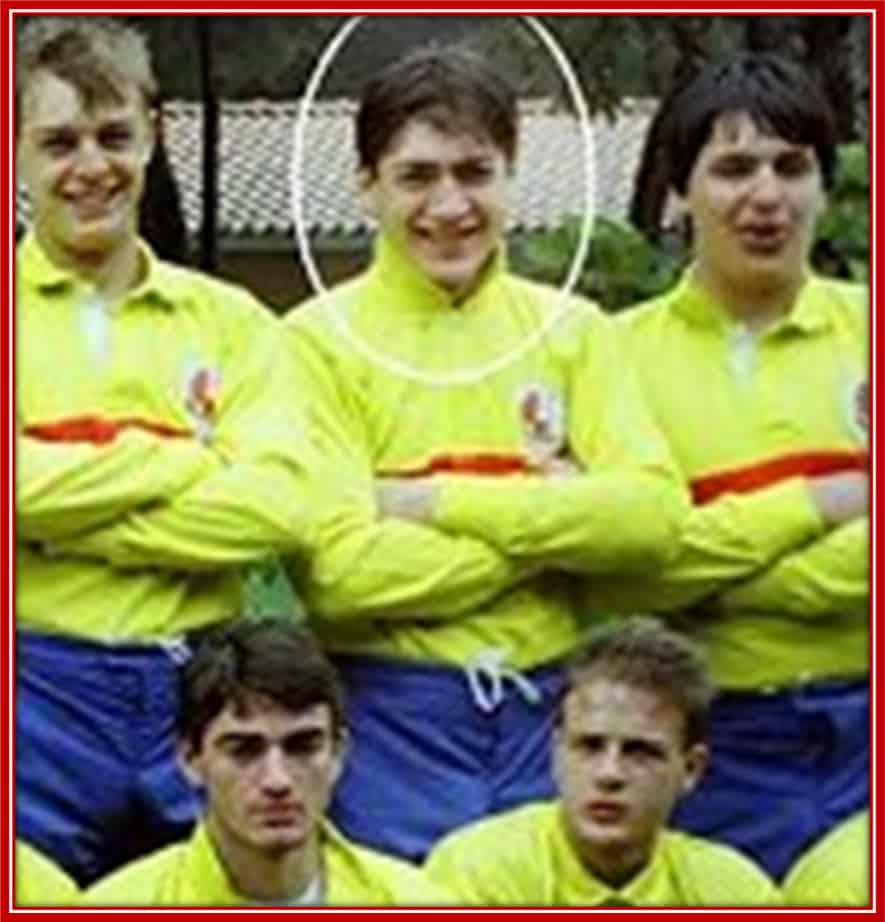 In other to avoid her household from going hungry, his mother changed jobs more than time. Truth is, Javier Bardem’s parents divorced when he was little.

His mum practically raised him and his elder siblings all alone after his dad left them. Back then, they had little to go by, regarding food, clothe, and shelter.

Even though Javier Bardem’s speaks English fluently, his native language is Spanish. Now let’s take a look at his ancestry.

One of his father’s surnames, Doussinague is Basque; a Southern European ethnic group that resides partly in Spain and France, respectively.

Meanwhile, his mother’s surname, Bardem, is Catalan; a dialect spoken by people in Catalonia Valencia. Javier’s paternal grandfather is from Guijuelo, Salamanca, Castile and León, Spain. His great-grandmother, Flora is partly Catalan, English, and Irish descent.

Finally, his maternal grandfather, Rafael Bardem Solé was born in Barcelona, Catalonia, Spain. Here is a map showing Javier Bardem’s roots. we are on the right track to call Javier Bardem, a Spaniard.

Along with his acting career, he attained various educational heights from elementary to his college days.

Meanwhile, having a deep interest in painting, Bardem thought of becoming a painter as such was driven to study Painting at Madrid’s Escuela de Artes y Officios. Although he later abandoned painting because he later realized it wasn’t his calling. 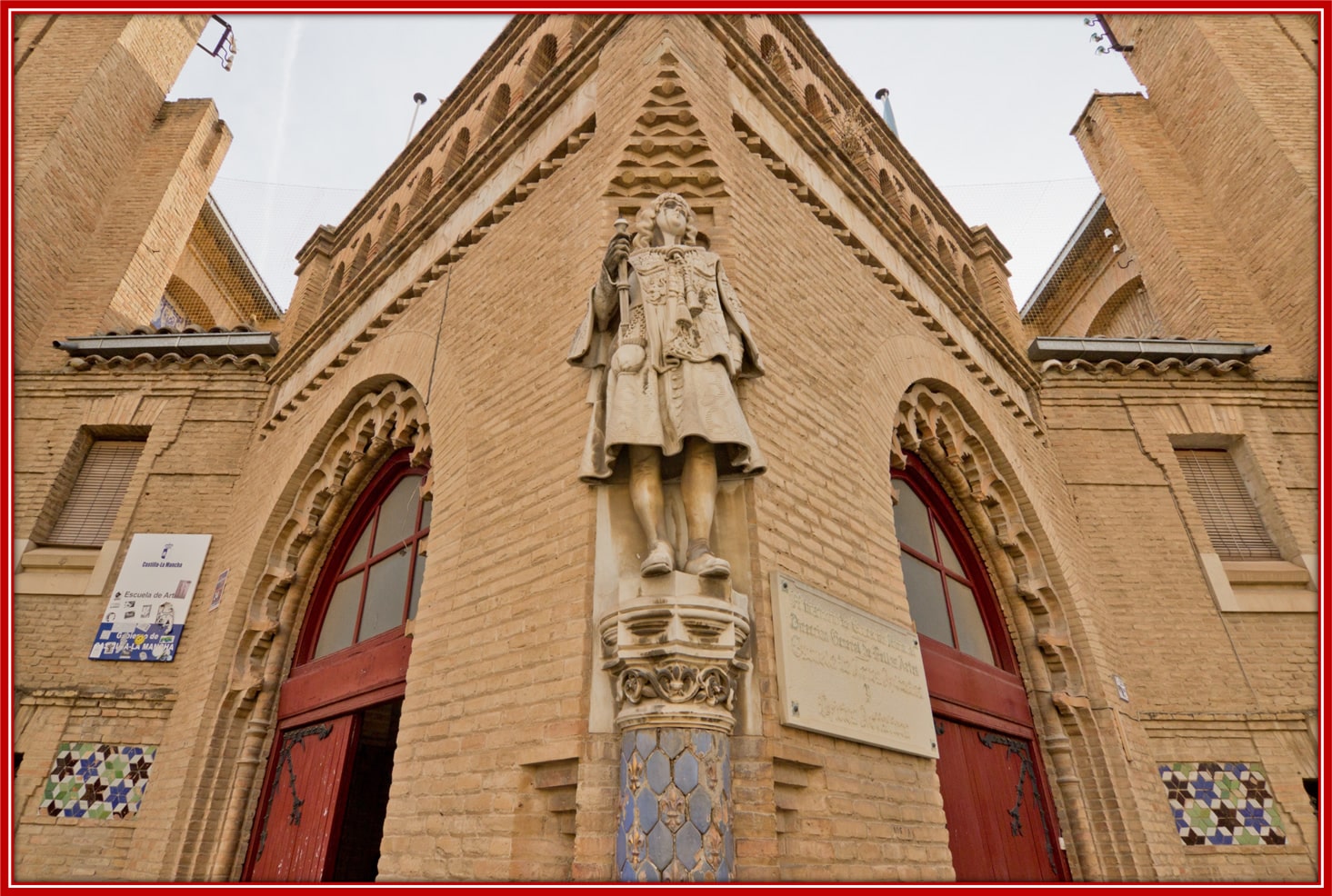 Destiny they say can delay but not denied. Although painting was Bardem’s first love, he, after a few considerations, eventually drifted into a Few odd jobs.

He once worked as a bouncer, a construction worker, a writer, and even as a stripper, where he got much attention—especially from women. Here is the young chap before deciding to be an Actor. 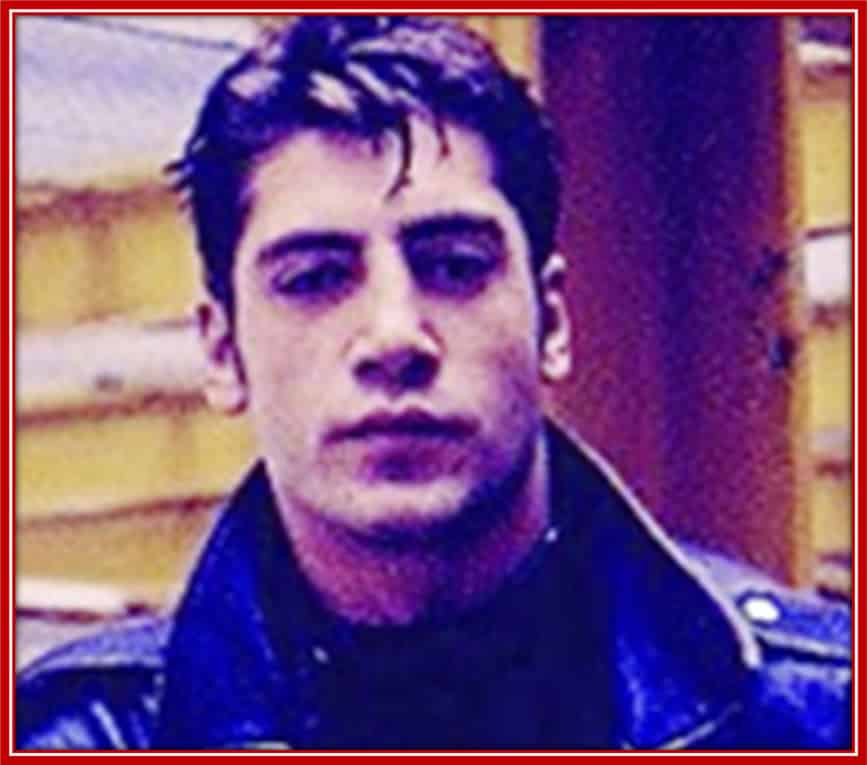 A few years later, he moved into acting. In no time, he proved he was more than a symbol by winning a Goya Award (Spain’s national film award).

Javier became the best-supporting actor for his Performance in Días contados (1994; Running Out of Time) as a drug addict. Here is how he looked during his early acting years. 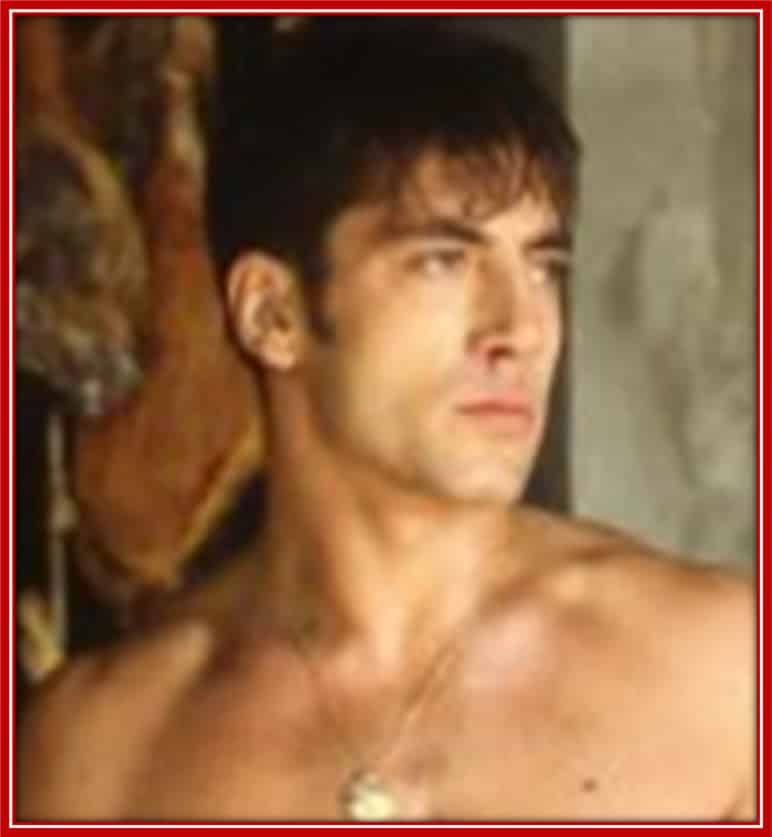 As time went on, he became a darling to many Spanish movie lovers; and a source of Joy to Spain.

Being a significant star in Spain, Bardem remained relatively unknown to international audiences until 2000.

At that time, he starred as Reinaldo Arenas, in the movie; Before Night Falls, which was Bardem’s first English-language film. That feat saw him becoming the first Spaniard to be nominated for an Academy Award as best actor. 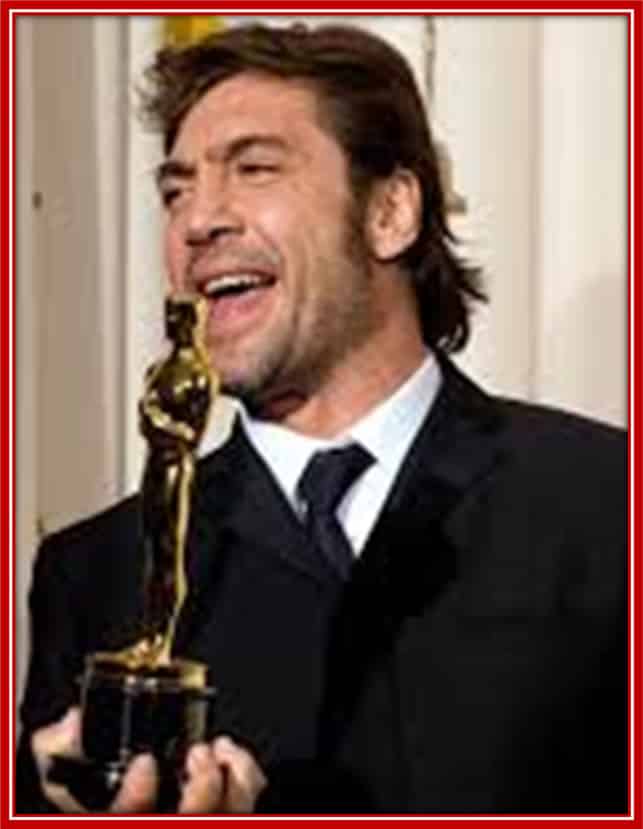 Owing to his new fame in English movies, he later moved his attention to it. He appeared in No Country for Old Men as a killer and got another Oscar nomination from the film Biutiful in 2010.

Javier Bardem is, without a doubt, globally celebrated. He ranks third among the top 25 best Spanish actors by IMDb. The rest, as they say, is history. 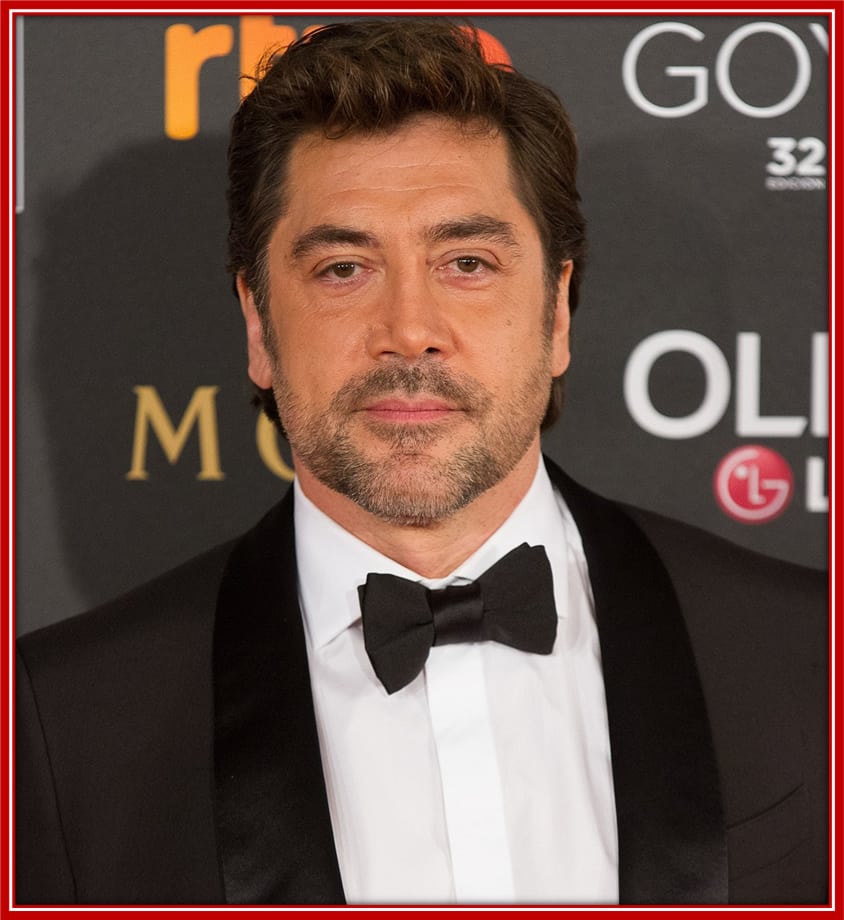 Who is Bavier Bardem married to:

It will interest you to know that Javier had a lengthy relationship with Cristina Payés. The girl had been teaching English to Javier, and so got fond of each other and lived together. They dated for about ten years. Unfortunately or not, the duo never got married.

His second love story begun on the movie set for “The Sea Inside.” Javier had an affair with Maria Belen Rueda Garcia-Porrero, a married woman and a mother of four children. Funny enough, as the shootings ended, so did the relationship too.

However, in 2008, while working on the movie; Vicky Cristina Barcelona. Another relationship began with Penélope Cruz, just as they worked together.

The date though also a long one did lead to a marital union. The Marriage ceremony took place at The Bahamas with just family members present. Here is A photo of Javier Bardem and his wife Vicky. 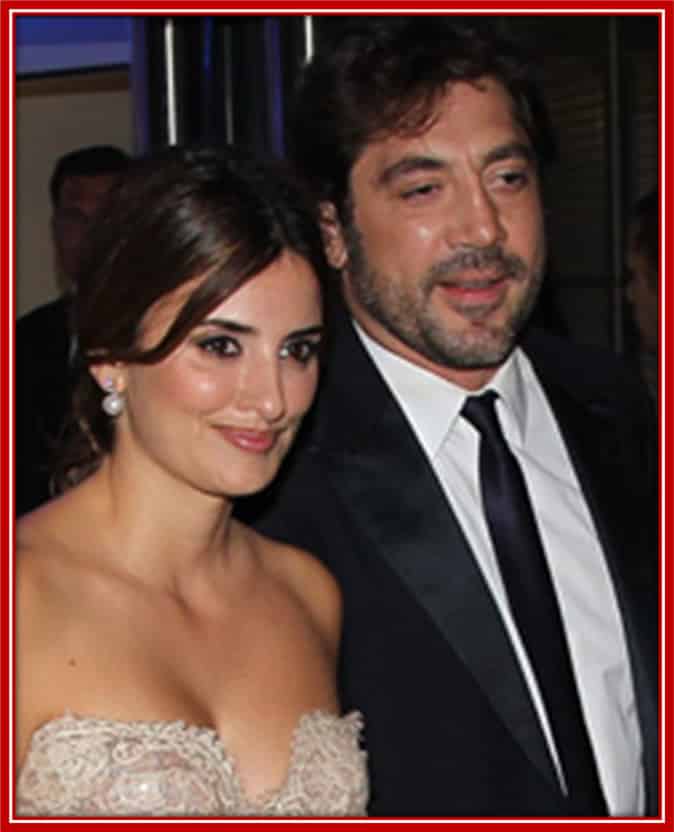 It’s a trivia fact that aside from his beloved mum, lots of other members of his household have impacted this talented actor.

Additionally, the influence of the long line of filmmakers and actors amongst his family members. Stay put as we take you through his Javier Bardem’s parents and the rest of his household.

First, his Dad was a business owner who was raised by a Cattle rancher (Javier’s granddad).

Though, he lacked the discipline to run his home; eventually leading to his divorce. As a result of the divorce, the actors don’t bear his Dad’s surname which is José Carlos Encinas Doussinague.

Sadly, Jose Carlos died in 1995 after he got diagnosed with Cancer of the Blood (Leukemia). Just before he left the world, this is what Javier Bardem’s Dad, José Carlos looked like. 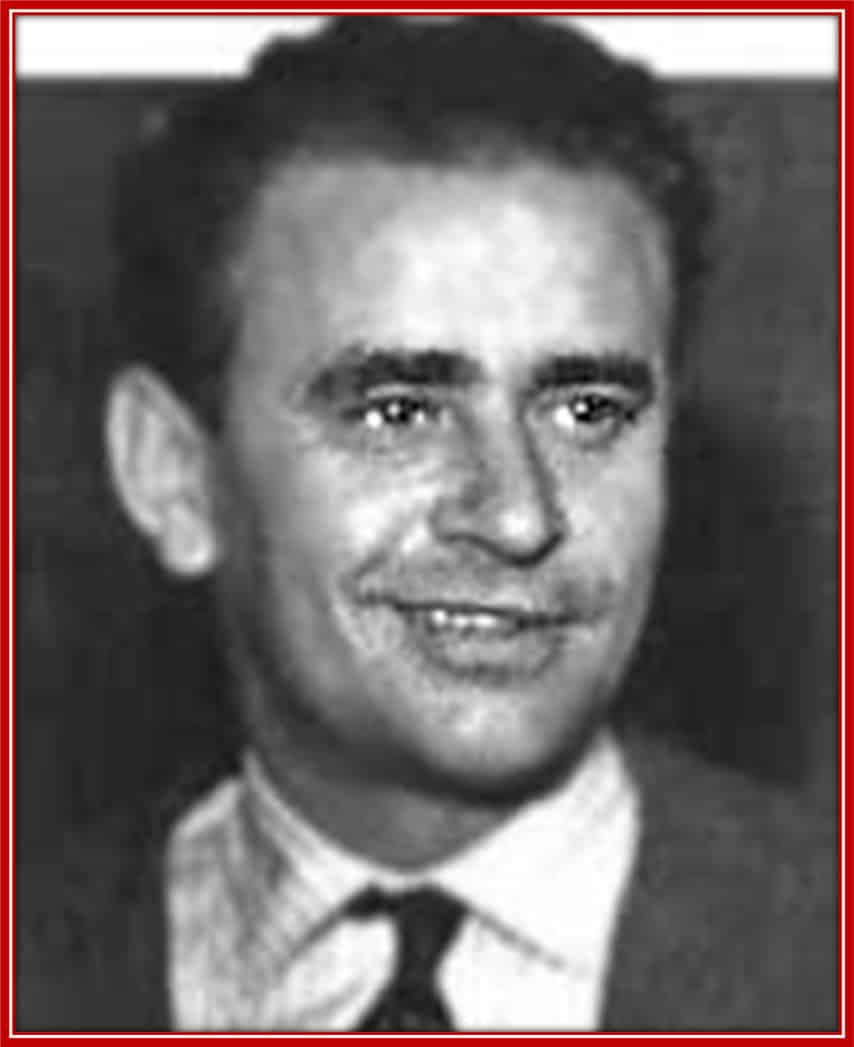 Often known as the pillar of the family since the divorce of her husband, Javier’s mum means everything to him. He once dedicated his first award and oscar to her.

His mum, Pilar Bardem (born María del Pilar Bardem Muñoz) was also an actress. Often known as someone who raised her children alone. Here is how Pilar looks like. 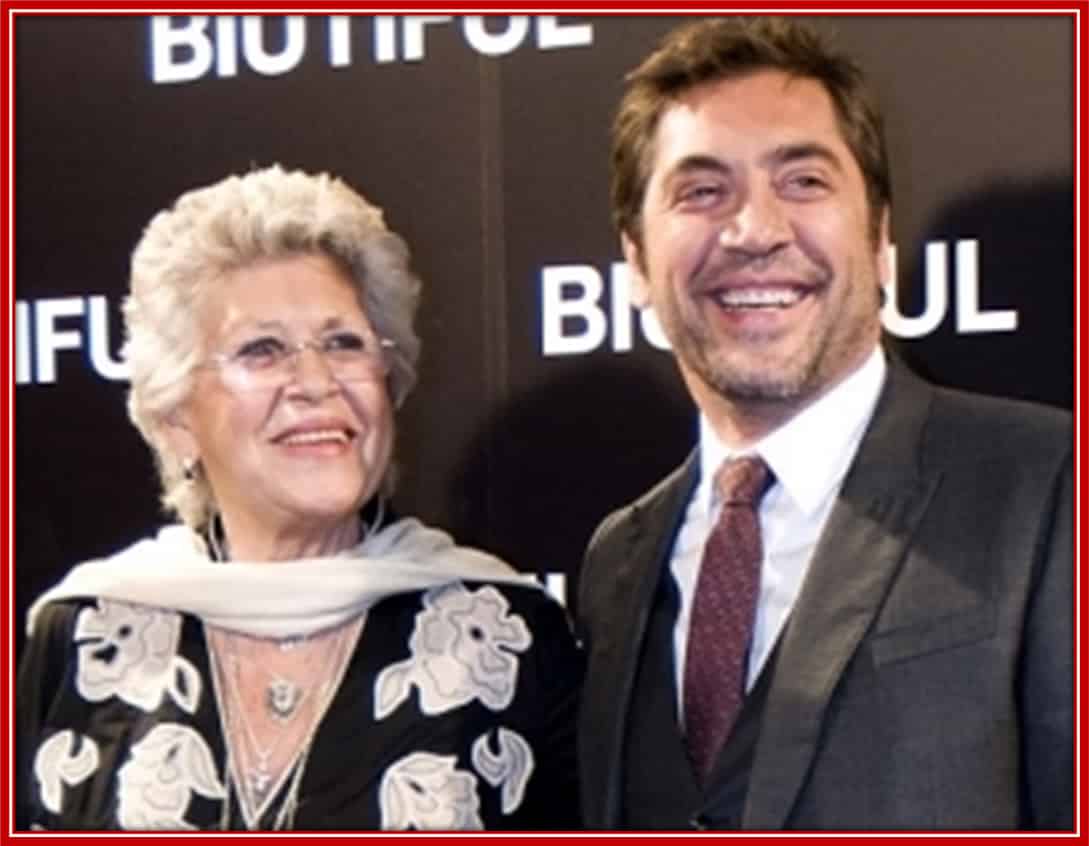 The Spanish actor has two elder siblings who go by their names Carlos and Monica. Shortly after Javier Bardem’s parent’s divorce, he together with Carlos and Mónica, became the sole responsibility of their mother.

Although another of his sibling died shortly after birth. Here is Javier’s one and only brother and an actor too, Carlos Bardem. 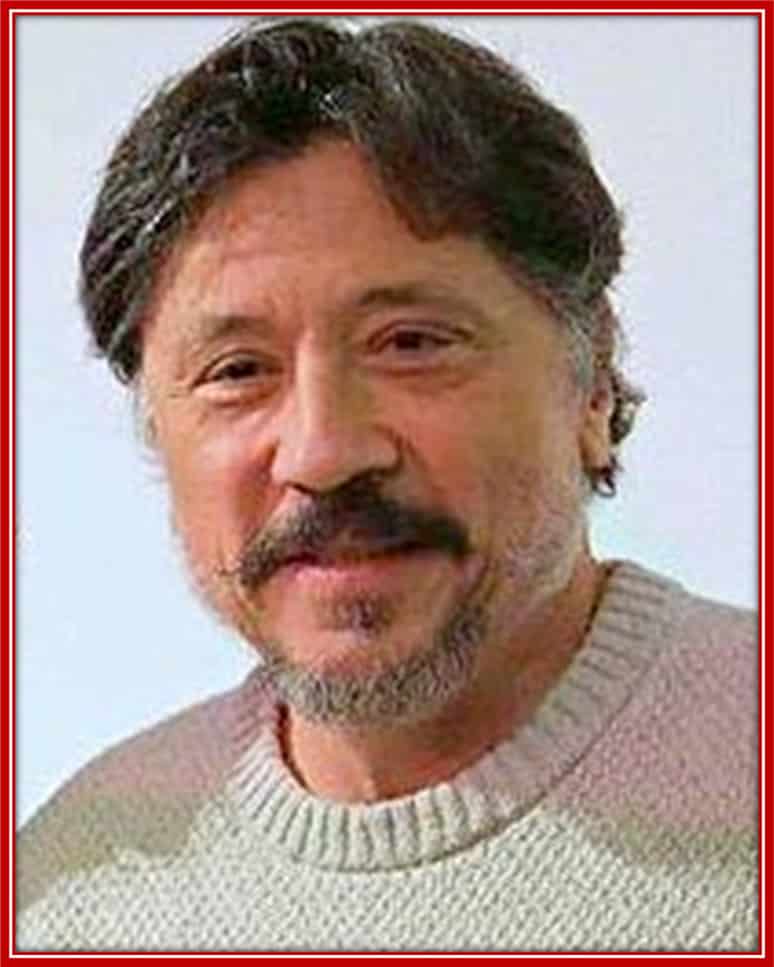 Becoming a father at 41, Javier, with his wife Penélope Cruz, gave birth to their son Leonardo Encinas Cruz on the 22nd of January 2011.

The second child and first daughter, Luna Encinas Cruz, was born two years later. Bardem with his wife and the first child is seen here. 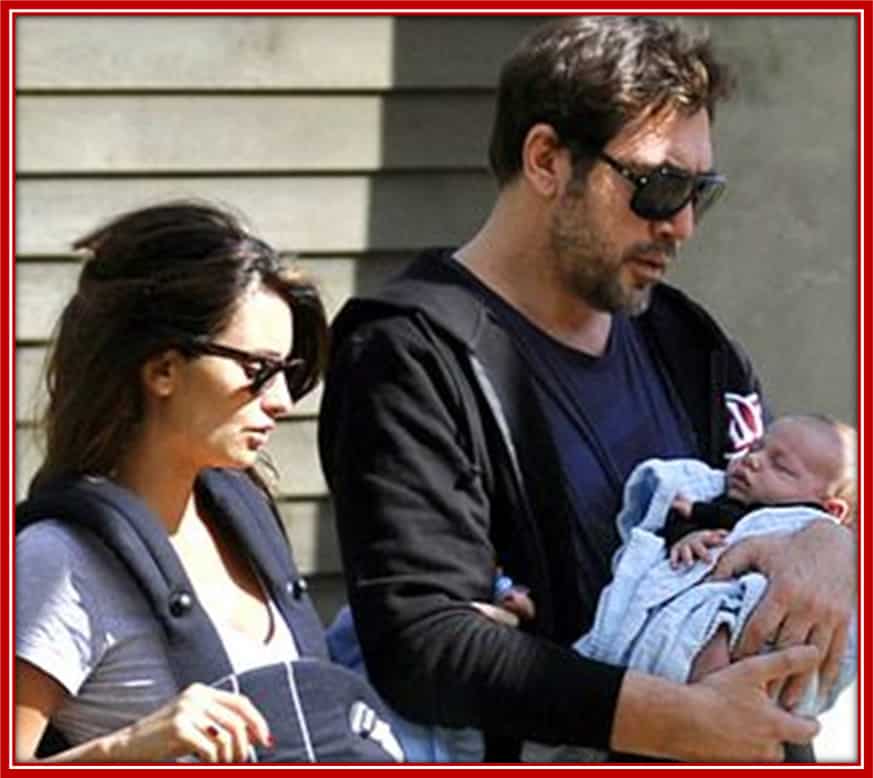 While his grandparents (Rafael Bardem and Matilde Muñoz Sampedro) were also actors. His uncle, Juan Antonio Bardem, was a director. 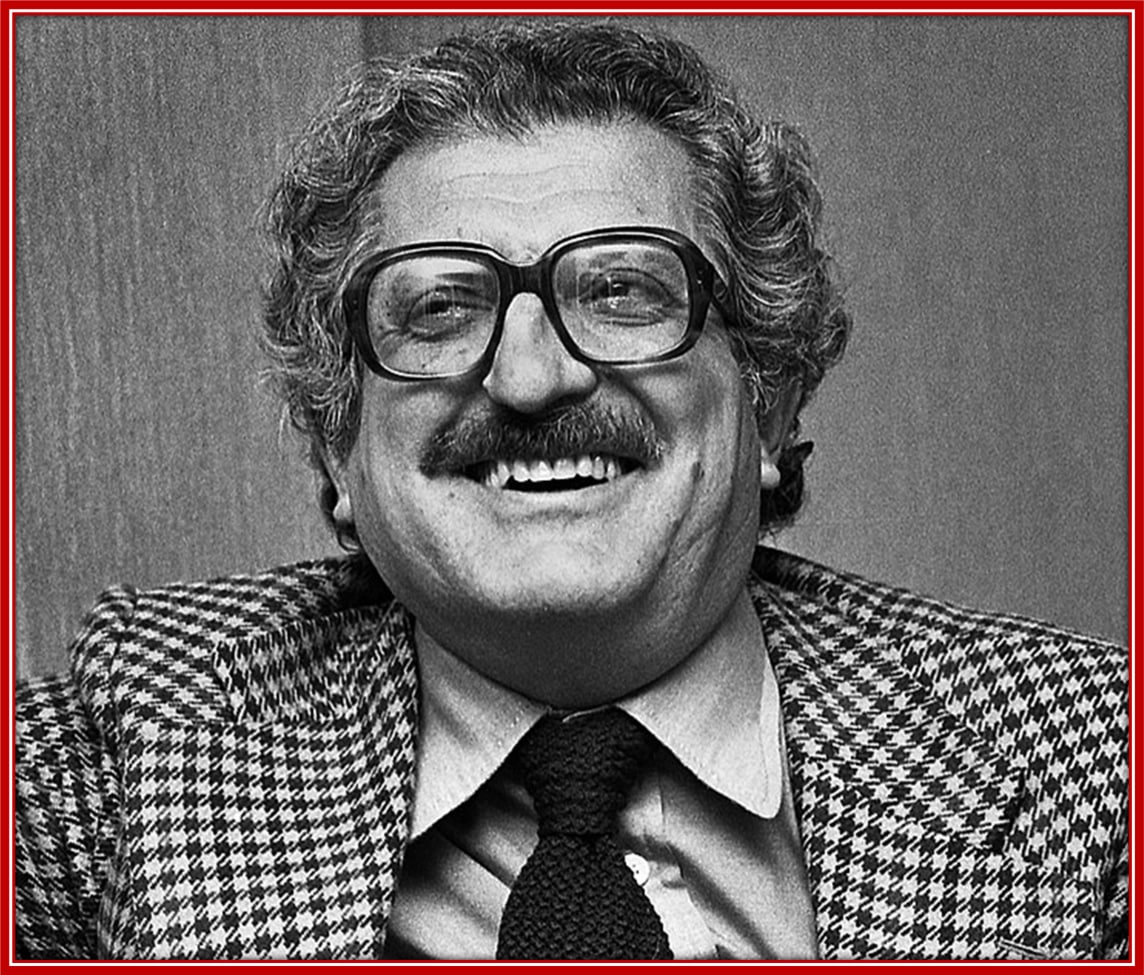 He is known to be friendly and also, a great English speaker. Javier also likes to chill by listening to heavy metal music. He loves displaying his passion for hard rock and heavy metal. 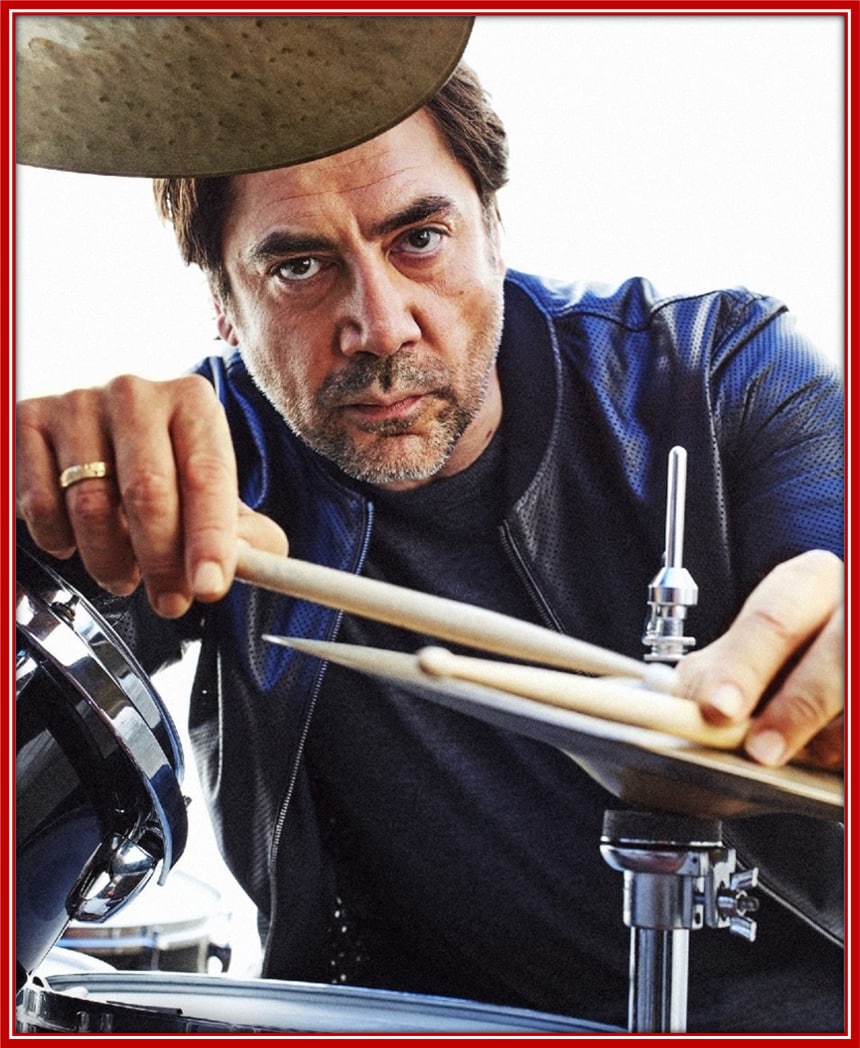 Furthermore, he is one of the few Spanish actors to navigate with Hollywood success. This comes despite the cultural barrier saturating the industry.

Also to note, the Spaniard loves to spend most of his spare time with his family. He frequently takes them out on vacations.

No doubt, he is super-rich. Asides from grazing so many monies in Hollywood, Javier’s earnings acting in Spanish movies made him the highest-paid actor in Spain.

Hence, his considerable financial muscle has ensured that he can afford to give his family the very best- even as far as luxury cars. Thou he does have the habit of not wanting to be seen driving supercars.

Javier enjoys living in a large portable house. He has spent the best part of his recent years in a 3400-square feet house in West Hollywood, Los Angeles, California.

His house is estimated to be worth around ‘$3.5 million. Lately, he sold the property, and his family now resides in Madrid. 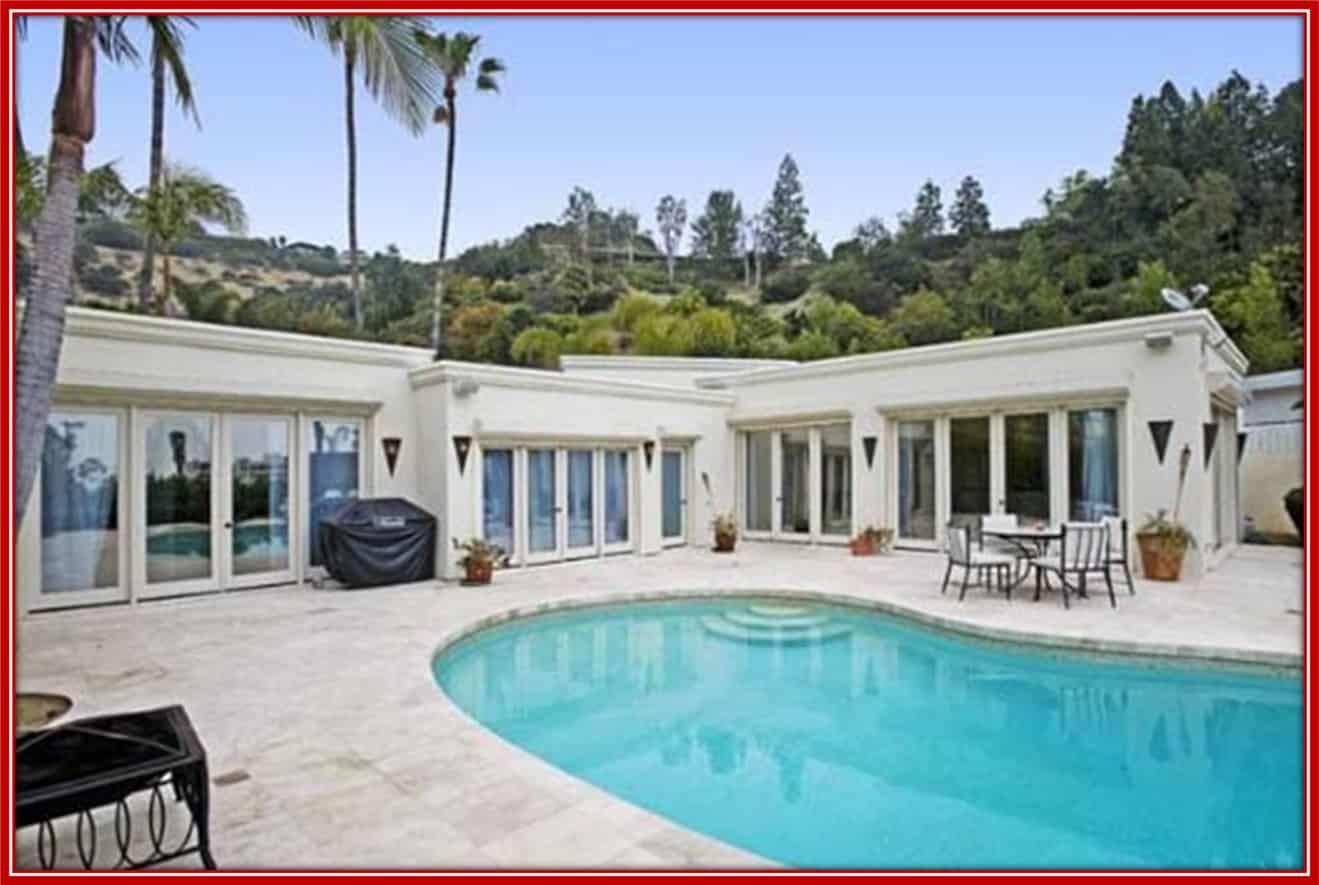 Javier Bardem’s Net Worth and Salary:

As of 2018, Bardem’s salary was a whopping $1.2million. Truth is, he topped the Top 10 TV earners of 2018 with Reese Witherspoon emerging second.

The Spaniard, as of 2020 has a net worth of approximately $20 million. The Source of Bardem’s wealth is film and television.

Having done justice to Javier Bardem’s Bio and life history, it is pertinent to state more truths about the film personality.

The Empire Magazine once nominated Javier Bardem as one of the 100 sexiest stars in film history. Emerging as the 73rd sexiest isn’t too bad.

Fell in Love at Second Sight:

Did you know that Javier had met Penélope Cruz for the first time on the set of Commune in 1992?… At that time, he never fell in love. However, the duo did not become a couple until working together in Vicky Cristina Barcelona (2008).

Javier has a reputation as a campaigner. He has lent his support to causes such as the legalisation of same-sex marriage. It doesn’t end there. Another is the illegal use of conflict minerals via vested corporate interests.

The Spaniard is an activist with Greenpeace that focuses on protecting the oceans and Antarctica. This is him as he once took to the streets to demand protection for the world’s oceans. 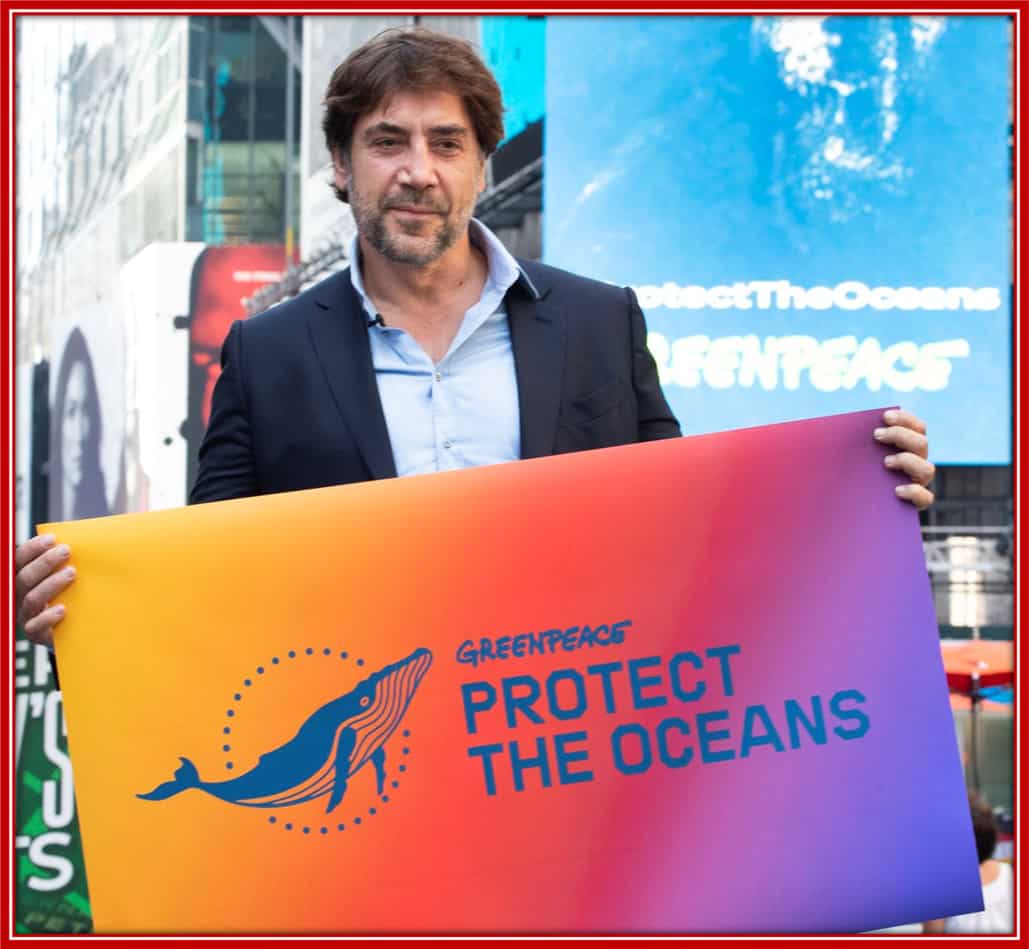 What is Javier Bardem’s Religion?

In case you didn’t know, his parents raised him earlier as a Catholic. As time went on, he became an agnostic (a view that the existence of God is unknown or unknowable.) Bardem thinks science and belief “should go together” and doesn’t believe in the supernatural.

Like Alvaro Morte, he is one of few European Actors who are so loved by the English movie lovers. It’s clear that the Spanish actor never had life so Rosey, especially at childhood.

Javier Bardem’s family background is characterized by his parent’s divorce and financial insufficiency.

Nevertheless, he refused to be deterred and kept striving for excellence. Today, Javier Bardem’s parents notably his mum is proud to see what her son has achieved at the global scene.

We hope that you found Javier Bardem’s Bio fascinating and thrilling. We’ll always do well to keep you updated with more exciting life stories about Popular Actors.

For a quick glance at his Biography, here is our Javier Bardem Wiki table summary which breaks down facts about the Spaniard.

Finally, if you notice something that doesn’t look right while reading Javier Bardem’s Bio, don’t hesitate to contact us. Otherwise, tell us what you think about the Spaniard in our comment section.