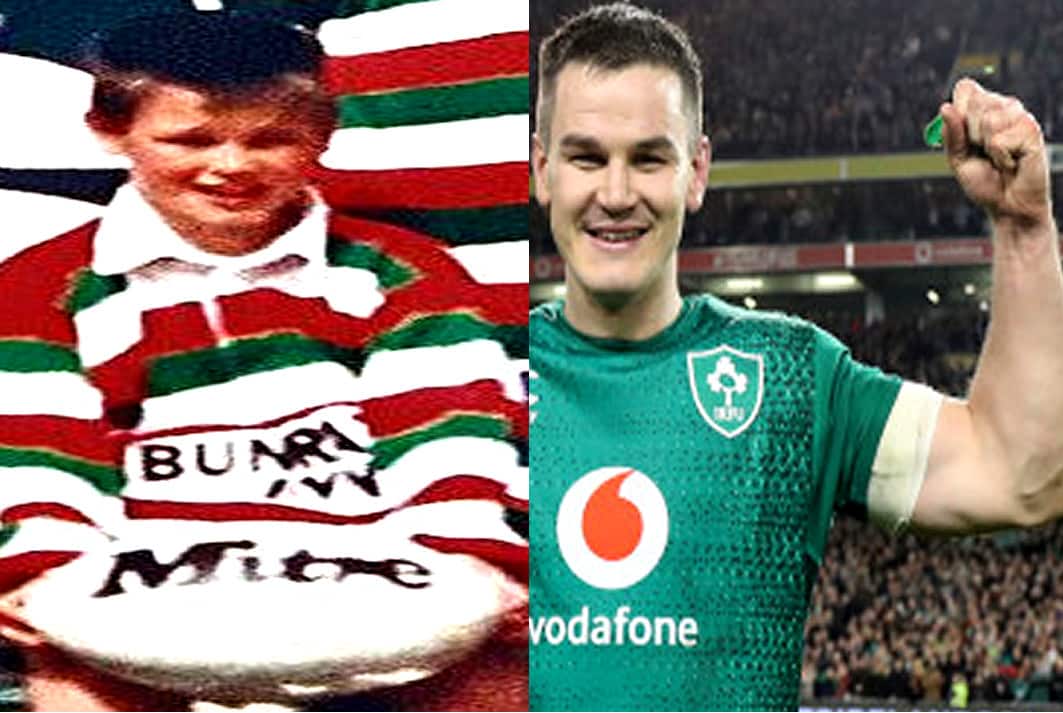 Childhood Biography presents the Full Story of a Rugby superstar known by the nicknames “Jonny & The Rat“.

Our version of Jonathan Sexton’s Biography Facts, including his Childhood Story, brings you a full account of notable events from his childhood time to date.

The analysis involves his early life/ family background, education/career buildup, early career life, the road to fame, and his rise to fame story.

More so, Sexton’s wife, personal life, family facts, lifestyle, plus other little-known facts about him.

Yes, everyone knows he is one of Ireland’s Most Prized Rugby Possession, a feat which led him to win the 2018 Rugby player of the year award.

However, not many Rugby fans have read a concise piece of Jonathan Sexton’s Biography, which is quite interesting. Now, without further ado, let’s begin.

For Biography starters, Jonathan Sexton was born on the 11th day of July 1985 to his mother, Clare Sexton, and father, Jerry Sexton, in the city of Dublin, Ireland. He is the first out of three sons and a daughter born to his lovely parents.

Johnny grew up in a sporting home. His dad was an active Rugby union player for Bective Rangers, a rugby union club in Dublin, Ireland, founded in 1881.

Little Johnny’s closeness to his dad saw him naturally taking likeness for the game. While he was six years of age, his dad, Jerry, took him to see a rugby match at Lansdowne Road for the first time. In his words;

“I still remember going on my dad’s shoulders in Lansdowne Road to watch the games for the first time. We just walked down from Donnybrook.

It still remains one of his earliest and best childhood memories.”

Johnny, who was wearing a teeny weeny Ireland jersey, quickly fell in love with the sports. Little did he know he would be one of his country’s greatest ever out-half.

Thinking of retirement was one of the biggest worries for Johnny’s Dad, Jerry. In order to deal with it, and not make it affect his head, he wished on continuing living his dream through his son, Johnny.

Johnny absorbed many a lesson from his dad while he attended St Mary’s College RFC. The schoolboy sensation got his first taste of rugby at Bective Rangers.

Johnny Sexton possessed the eye for a ball, one which was imparted by his dad Jerry. He also had the brute strength exemplified by his uncle Willie (also a former Irish Rugby star).

Early on, he discovered he was destined for stardom. Johnny’s passion for the game saw him getting recruited by St Mary’s College Football Club, a rugby union club based in South Dublin, Ireland.

Sexton was fast in cementing a place in Irish rugby folklore through his reliable and indestructible nature.

Did you know?… The defining moment of his early career came when he scored the winning drop-goal in the 2002 Leinster schools final at a sopping-wet and mud Lansdowne Road.

Johnny’s performances at St. Mary’s made him get selected for Leinster, one of the four professional provincial rugby teams from the island of Ireland.

Did you know?… Leinster is the most successful Irish team, both domestically and in European competitions.

At Leinster, Sexton made his debut against Border Reivers in 2006, and he became part of the winning side in the 2007–08 season.

On 2 May 2009, he established himself in the Leinster first team. The Rugby fly-half led his Leinster Rugby in the Celtic League to an unprecedented three European Cups in four years.

In 2013, Johnny began playing for the British and Irish Lions national team, a move which was termed controversial.

That year also saw him making another controversial switch to Racing 92 in the name of grabbing a £540,000-a-year deal which led to some fans feeling he was seduced by fame.

Another intense transfer speculation came during the summer of 2014 when Johnny Sexton announced in September of that year that he had signed a contract to bring him back to Leinster.

In the 2017–2018 season, Sexton scored five tries and 127 total points for Leinster. In the process, he became the club’s top point scorer of all time.

This was followed by him getting crowned the World Rugby Player of the Year in 2018. Did you know?… Johnny previously has been a nominee for the award in 2014. 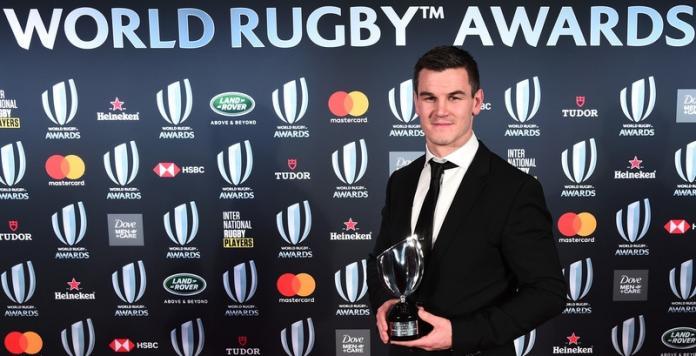 Johnny Sexton became the only the second Irish player in history to win the award, after Keith Wood in the year 2001.

As at the time of writing, Jonathan Sexton still remains one of the finest fly-half in the world, thanks to his wonderfully cultured combination of accuracy and power. The rest, as they say, is now history.

Behind the successful Rugby player, there once exists a glamorous girlfriend.

Jonathan Sexton was first rumoured to have a girlfriend in the person of Laura (a former girlfriend of Justin Beiber, according to Wattpad). For most fans, 2005 was the year both teenagers began dating.

In the year 2014, Sexton decided to take a bold step by getting married to his childhood sweetheart.

Laura Sexton, who works as a teacher, has the habit of practically getting things done and provides steadfast support for her husband and lovely kids. 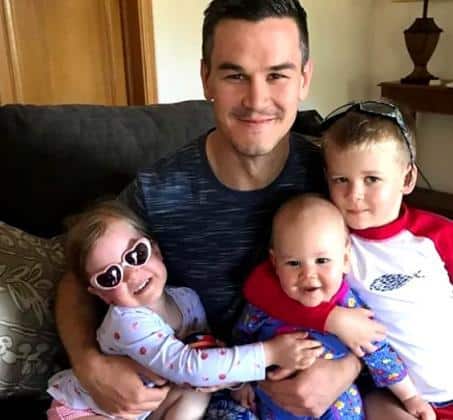 Getting to know Jonathan Sexton’s Personal Life away from his career activities will help you get a complete picture of him.

Getting to meet him, you will realize he is a shy person who speaks softly and can be mostly inaudible at times.

Deep down, Johnny is also a very down-to-earth and emotional and guy. The fame and all the attention he’s gotten over the years does not take away from him being a sportsman.

Long-time ago, Johhny Sexton was fond of assuring his family, with a certain cocksureness (feeling perfect assurance sometimes on inadequate grounds) that he would wear the Irish green shirt one day. For some family members, there was always “a bit of the devil in him”.

Jonathan Sexton’s dad was a former Rugby player who after retirement continued living his Rugby dreams through two of his sons (Jerry and Johnny). 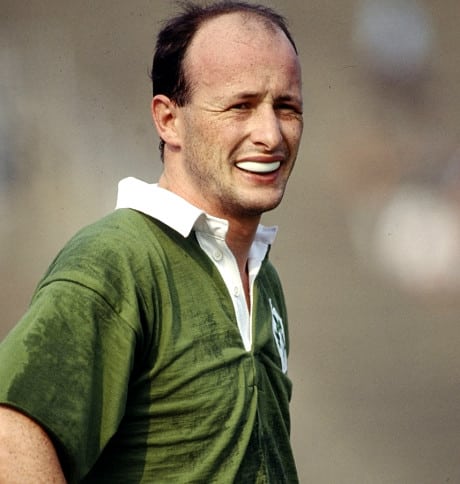 Jonathan Sexton’s mum Clare is a housekeeper and a hairdresser who runs the popular Rathgar Hair Salon, in the south of the capital. She also assists Brenda Sexton her son’s paternal grandmother with clothing sales.

Johnny has three siblings who go by the names; Jerry, Mark and Gillian Sexton. Mark was Johnny’s best man while Jerry was one of his groomsmen. 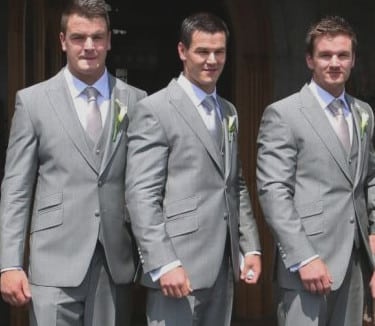 Johnny’s younger brother, Jeremiah aka Jerry Sexton (born 20 January 1993) at the time of writing is a professional rugby union player who plays for the South African side, the Southern Kings. Just like his brother, he also represented Leinster Rugby as a schoolboy. 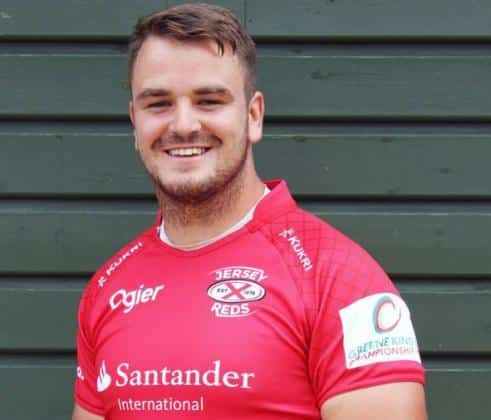 Unlike Jerry, both Mark and Gillian have made a conscious effort to avoid the public, living private lives.

Some of his grandparents are still alive at the time of writing his Biography. Jonathan’s grandmother, Brenda Sexton, runs the family clothing business in Listowel, a Heritage town and a market town in County Kerry, Ireland.

Creating a difference between being practical on the pitch and having a good lifestyle is not a difficult choice to make.

Being Ireland Rugby’s top earner with €650,000 per season (as at the time of writing) means a lot of monies to live a normal life.

In the modern Rugby world of flash cars, big mansions and social media, Johnny Sexton isn’t much of a refreshing antidote as he lives a glamorous lifestyle.

After witnessing what happened to Jamie Heaslip, an Irish rugby union former player who played for Leinster and Ireland, Johnny has continued to live in fear that he could retire prematurely. 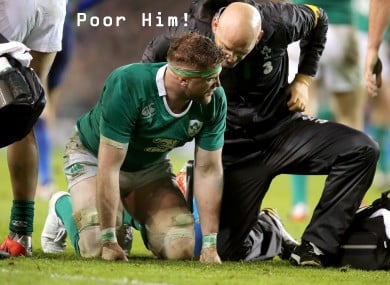 Johnny Sexton lives his life in constant worry of injury that could make him retire prematurely.

He thinks every Rugby player including himself is only an injury away from never being able to play the game again. In his words;

“I’ve seen that with other players. Jamie Heaslip played an unbelievable amount of games and then in one incident, he doesn’t play again. Just one unfortunate tackle of a bag, not even in a game, but during training. Thinking about this is the biggest worry for me.”

He is Highly Educated: Very few successful sportsmen would refuse to further their education when they have made monies. However, Johnny Sexton isn’t one of them. Did you know?… He holds a Bachelor of Commerce degree from University College Dublin.

Johnny Sexton is religious and he has faith in God. He was brought up in a catholic family. Early on as a child, his granny and grandad made him attend catholic mass alongside his parents in Dublin.

At childhood biography, we strive for accuracy and fairness while delivering the Biography of Rugby Players. Kindly stay tuned for more exciting Rugby stories from us. The story of Owen Farrell and Maro Itoje will interest you.