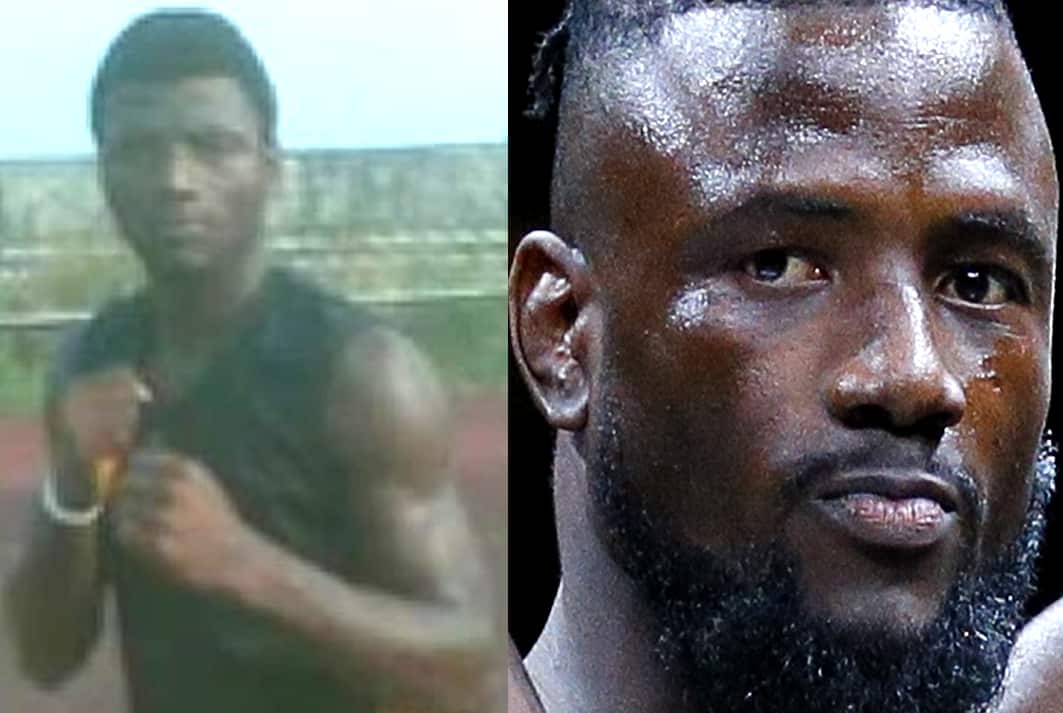 Childhood Biography presents the Full Story of a Nigerian Boxer with the nickname “The One and Only“.

Our version of Efe Ajagba’s Biography Facts, including his Childhood Story, brings you a full account of notable events from his boyhood days to date.

The analysis of Efe Ajagba’s Bio involves his early life, his family background, etc. Life story before fame and rise to fame story.

More so, the Boxer’s dating history, personal life, Family facts, lifestyle and other little-known facts about him.

Yes, everyone knows of his terrifying right-hand punch. However, only a few consider Efe Ajagba’s Biography, which is quite interesting. Now, without further ado, let’s begin.

For Biography starters, Punch Thrower Efe Ajagba was born on the 22nd day of April 1994. His birthplace is the town of  Ughelli in Delta State, Nigeria.

Efe is one among four children born to his parents, Mr and Mrs Samuel Ajagba. Behold, Efe Ajagba’s Mother.

He is a Nigerian national of Uhrobo ethnicity. Efe is from southern Nigerian family origins. He was raised in his birth town in Ughelli.

This is where he grew up alongside a little-known older brother. As well as two gorgeous younger sisters – Loveth and Joy Ajagba. 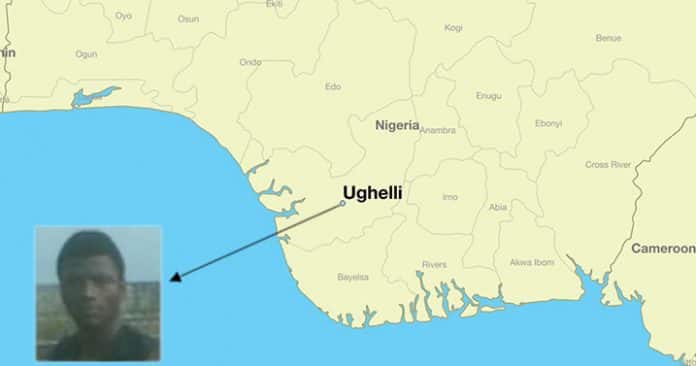 Efe was brought up in a middle-class family background setting at Ughelli. As a child, young Ajagba was a daydreamer. A boy who often fantasized about the prospect of becoming a star athlete.

However, receiving or throwing punches was far from what he desired for himself.

By the time Ajagba was midway done with his elementary or primary school education, he was very much invested in high & long jumps and competed with kids that were several years older than himself.

At 11, Ajagba became the youngest member of his hometown’s soccer team and took the sport seriously all through his secondary or high school days.

However, his chances of achieving a breakthrough in football were very slim because he had no godfather or requisite connection to open doors for him.

Ajagba eventually started building a career in boxing in 2011 after one of his close friends talked him into it.

The reasons for the friend’s advice were not farfetched because he was observant of Ajagba’s great strength forged from years of cutting firewood and maintaining the arduous job of working in a bakery.

Just three years after taking up boxing, Ajagba became a sinister, terrifying and vicious straight-right fighter with connecting punches that grazed fellow amateurs boxers and sent many others into a state of dooming drowsiness.

It was therefore not surprising that Ajagba earned the rare honour of representing Nigeria at the 2014 Commonwealth Games in Glasgow where he clinched a bronze medal at the event and thereafter won Gold at the 2015 All African Games held in Congo Brazzaville. 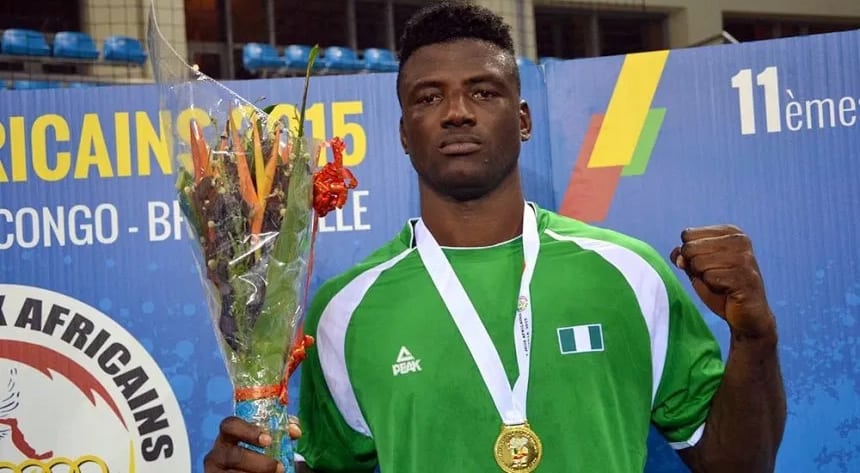 The year 2016 was a turning point in the life and rise of Efe Ajagba when he became the only boxer to represent Nigeria at the Rio 2016 Olympics.

He advanced to the quarterfinals of the event with an eye-catching performance that caught the interests of veteran Heavyweight manager Shelley Finkel. 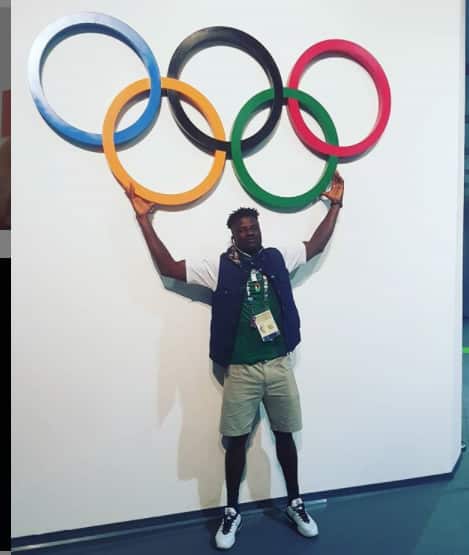 Ajagba keyed into Finkel’s interests, which demanded that he moved to the U.S where better training and numerous opportunities abound.

Thus, the fast-rising boxer took residence in Houston, Texas, submitted himself to the drilling of trainer Ronnie Shields, and turned professional in 2017.

When the time was due, Ajagba made his professional debut on the 30th of July 2017 in a knockout effort against United States’ Tyrell Herndon.

He went on to rack up more wins over the ensuing two years and rose to fame in the most unconventional of ways by winning a fight that ended before it even started.

The rare breakthrough came about when Ajagba’s opponent Curtis Harper was disqualified for walking out of the ring one second after the bell sounded.

Although Harper disappointing move is widely known to be have been made in protest over pay, it has nonetheless made Ajagba become the record holder of the fastest victory in boxing history.

Fast forward to the time of writing, Efe Ajagba is fast becoming a boxer that is on a mission to end Anthony Joshua’s monopoly of being one of the best modern-day boxers to have emerged from Nigeria.

Whichever way fortunes tilt for him, the rest, as they say, would always be history.

Away from his engaging career life, Ajagba has a super interesting and envious love life with his wife, Tiya Renee.

Although not much is known about how the couples met and got married, they look just perfect for each other and share a lot in common.

Before meeting Tiya, Efe was known to have had past girlfriends neither does he have son(s) and daughter(s) out of wedlock.

The boxer only has one son – Ejiro Tiyon Ajagba from his marriage to Tiya. Together, they make a beautiful little family that has room for lovely expansion. 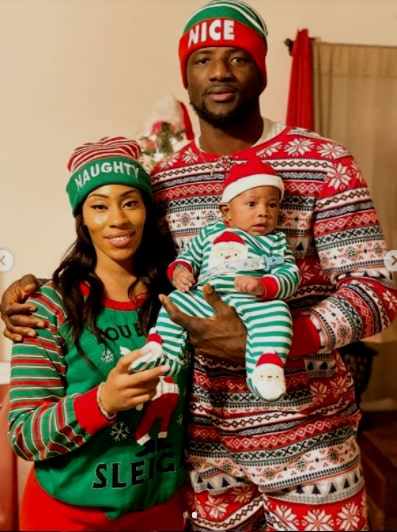 Most professional boxers are big on family life and Efe Ajagba is not an exception. We bring you facts about Ajagba’s family members as well as outline available records of his ancestry.

Mr Samuel Ajagba is the boxer’s loving dad. He was once a boxer before he gave up on the sport. Thereafter, Samuel worked at a local bottling company until retirement.

As a caring dad, Samuel was initially against his son’s choice of becoming a boxer. However, he soon found reasons to give Efe his unalloyed support after the boxer began recording success in leaps and bounds.

The boxer’s loving mom has been simply identified as Mrs Samuel Ajagba. She is of little known family roots and has been a strong pillar of support to Ajagba’s rise and development in numerous ways.

As a result, Ajagba rarely misses the opportunity of celebrating her via his social media handles on occasions of Mother’s day celebration.

He also looks forward to the opportunity of bringing her and the rest of his family to America whenever he fights for a title. 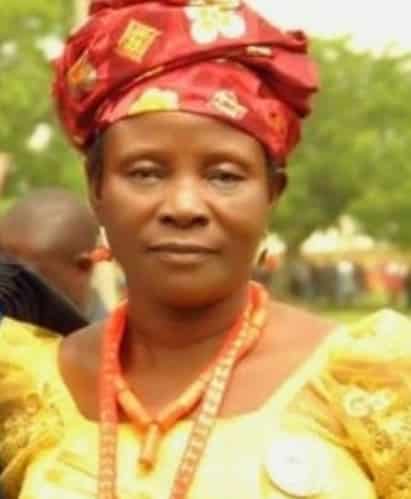 To start with, Ajagba has no fewer than 3 siblings. They include his little known older brother and two younger sisters identified as Loveth and Joy Ajagba.

The look-alike sisters have always had a close relationship with their celebrity boxing big-brother from his early life to date.

They are also supportive of his endeavours, as evident by the manner in which they post his fight schedules on social media and celebrate his victories. 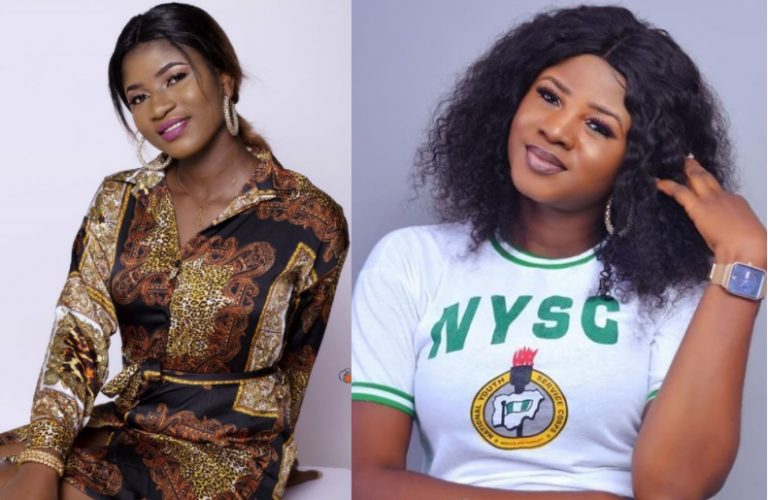 Moving on to Efe Ajagba’s extended family life, not much is known about his ancestry, particularly his maternal grandparents as well as paternal grandfather and grandmother.

Similarly, there are no records of the boxer’s uncles, aunts and cousins while his nephews and nieces are yet to be identified at the time of writing this biography.

There are just a few people who know about Efe Ajagba’s personality beyond his boxing endeavours. Sit back as we unravel facts about the boxer’s persona, which is very much defined by Taurus zodiac traits.

He is ambitious, trailblazing, unwavering and moderately reveals details about his private and personal life.

The boxer’s interests and hobbies include watching soccer games, cycling and spending good time with his friends and family. 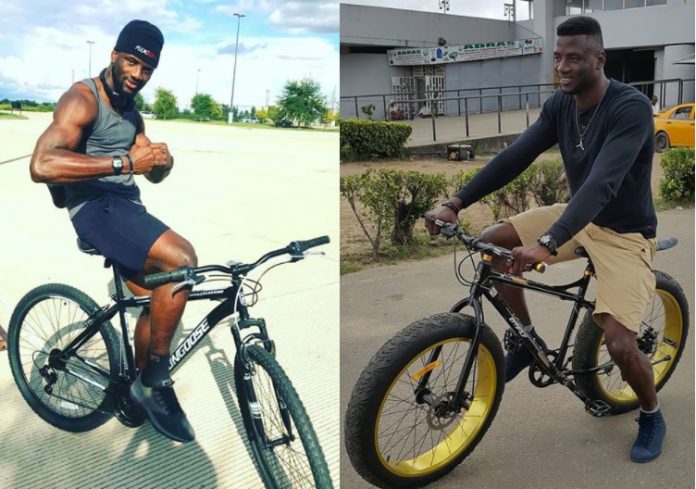 Speak of how Efe Ajagba makes and spend his money, the aggregate sum of his net worth takes its origin from the earnings he racks up for winning bouts while other constituents of his wealth are monetary proceeds acquired from endorsing brands like Adidas.

Though analysis of Ajagba’s spending habit on acquiring assets like cars and houses are still under review, he strikes fans as one who would live a superb luxurious lifestyle when he eventually wins a title as evident in his penchant for posting photos of his future cars on Instagram. 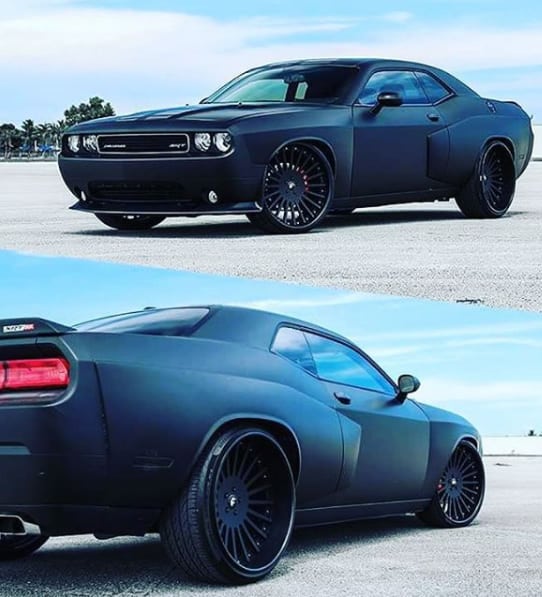 To wrap up Efe Ajagba’s childhood biography, here are lesser-known truths about him.

Although Efe Ajagba does not give inklings to his religion during interviews, the odds are in favour of him being a Christian. He hails from a Christian family background and he is married to a Christian wife.

Yes Ajagba – with a height of 1.98m – has no body arts at the time of writing this bio. However, there is no ruling out the fact that he might get tattoos when he eventually wins a title and become super famous. 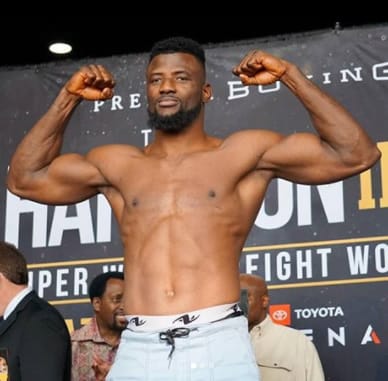 Ajagba is not given to smoking cigarettes or recreational inhalants. Neither has he been seen drinking at the time of writing. He is like other boxers, conscious of his health and looking forward to reaping the rewards of a healthy lifestyle.

Thanks for reading our Efe Ajagba Childhood Story, plus untold biography facts.

At childhood biography, we strive for accuracy and fairness in delivering the Stories of Professional Boxers. Surely, the history of Tyson Fury and Sergey Kovalev will excite you.

If you see something that doesn’t look right in Efe Ajagba’s Bio, please place your comment or contact us!