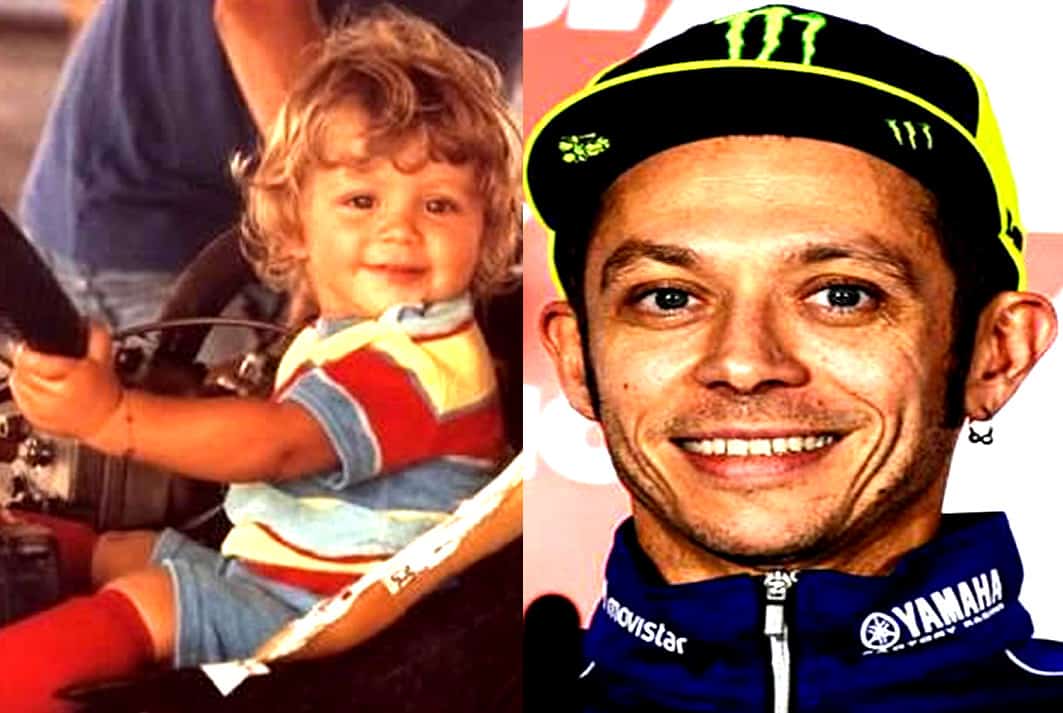 Our version of Valentino Rossi’s Biography, including his Childhood Story, brings you a full account of notable events from his childhood time to date.

Yes, everyone knows of his excellent motorcycle racing skills. However, only a few consider Valentino Rossi’s Biography, which is quite interesting. Now, without further ado, let’s begin.

For Biography starters, Valentino Rossi was born on the 16th day of February 1979 at Urbino, in Marche, Italy.

The racer is the first of two children born of the union between his mother, Stefania Rossi, and his father, Graziano Rossi. Behold, Valentino Rossi’s parents.

The racer is an Italian national of white ethnicity with Italian roots.

He did not spend much time at his birthplace before his family moved to Tavullia, where he was raised alongside his half-brother Luca Marini and his sister Clara Rossi.

Growing up in Tavullia, Rossi became interested in racing and developed an intense love for the game.

As a child, Rossi’s dad gave him a kart instead of a bike, owing to the fact that he and Rossi’s mom were concerned about their son’s safety. 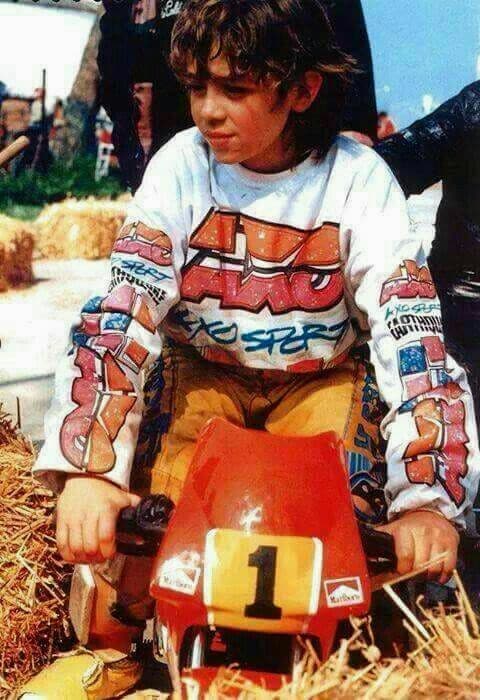 Not much news is known about the schools that Rossi attended.

By the time he was five years old, his father replaced his kart’s 60cc motor with a 100cc motor, therefore, increasing the maximum speed of the kart. 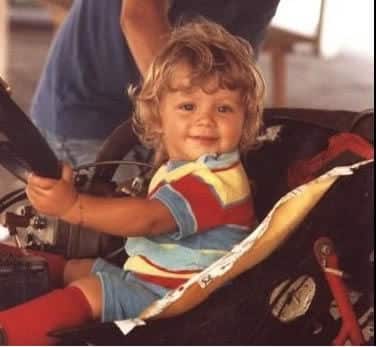 Following the upgrading of his kart’s engine, Rossi consistently practised the art of cycling and placed lots of effort into attaining the professional skills he so desired in the game of speed.

Rossi’s effort towards attaining professional skills in the motorcycle races plunged him into participating in different competitions.

In 1990, Rossi took part in the local kart championship, in which he emerged as the competition’s winner. 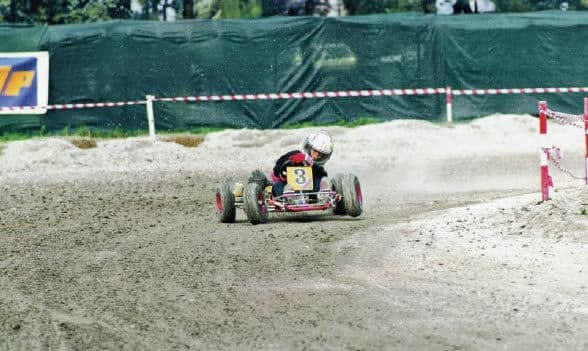 By the time Rossi was twelve years old, he had become an expert in the minibike race. As an expert, Rossi won a good number of awards from the various competitions he took part.

Winning numerous awards in kart racing gave Rossi enough confidence in his skills and prompted him to participate in the national kart championship, which was held at parma. Rossi ended up finishing fifth at the completion of the competition.

With the aid of Rossi’s father and his former racing friends; Virgino Ferrari, Claudio Castiglioni, and Claudio Lusuardi, Rossi got the privilege to ride a Cagiva Mito 125cc motorcycle for his team in the Italian sports production championship. 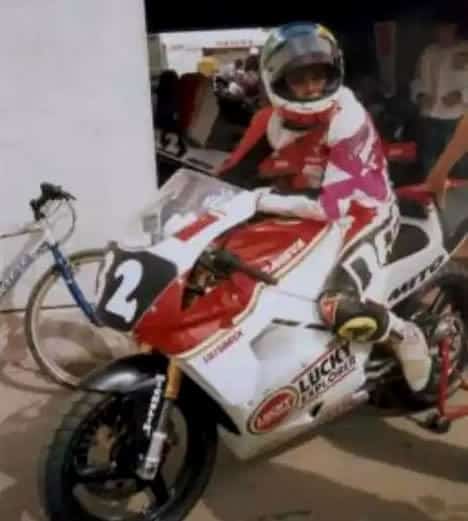 Although Rossi’s first performance at the Italian sports production championship was a bit encouraging, he worked harder throughout the remaining stages of the competition and in the 1994 season’s final race at Misano, Rossi emerged the winner of the competition.

Few years after his grand victory in Misano, Rossi was provided with a factory Mito by Lusuardi. 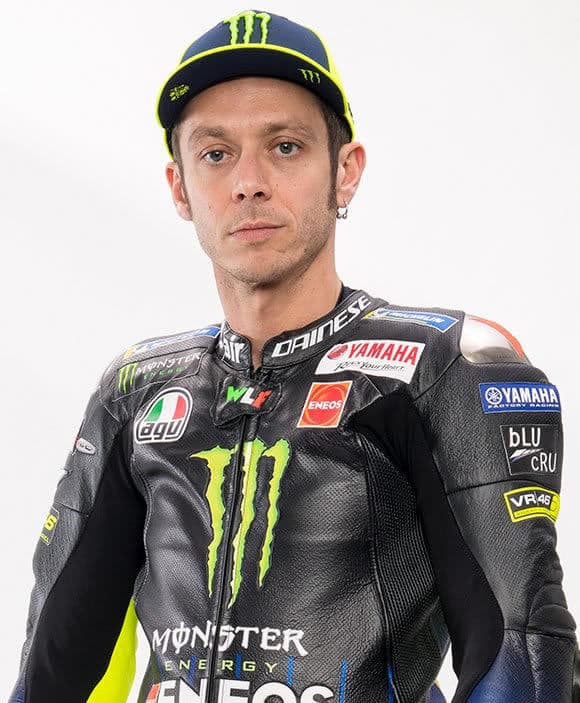 Fast forward to the time of writing, Valentino Rossi is one of the most successful motorcycles racers of all time with one of his latest achievement being; finishing second at the third round of the MotoGP race which was held in America. The rest, as they say, is history.

Valentino Rossi is yet to be married at the time of writing. we bring you facts about his dating history and current relationship status.

To start with his dating history, Rossi has been linked to no fewer than eight ladies from the beginning of his career.

Rossi had his first dating relationship with Martina Stella in 2002, which lasted for about three years.

Regarding his current relationship status at the time of writing, Rossi is dating the lingerie model Francesca Sofia Novello who is 15 years younger than him.

The two love birds first met at the Monza MotoGP in Northern Italy, where Francesca was a track girl and they started dating in the year 2017. 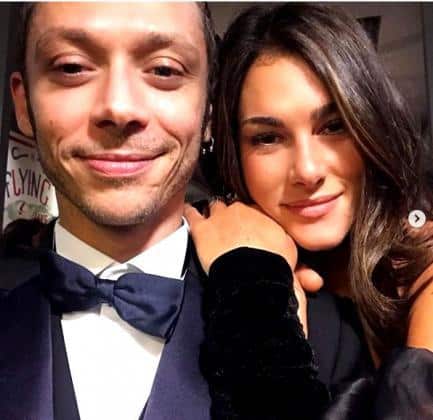 Rossi and his girlfriend Francesca are currently having plans of getting married at the time of writing.

Rossi comes from an upper-class family background. We bring you facts about his family life.

Graziano Rossi is Valentino Rossi’s dad. He was an Italian former Grand Prix motorcycle road racer. And he was born on the 14th day of March 1954 in Pesaro, Italy.

He started racing in the world championship in the year 1977. Riding a Suzuki in the 500cc class. He played a major role in Rossi’s excellent and outstanding achievements. By supporting his son in the game of speed while he was still very young. 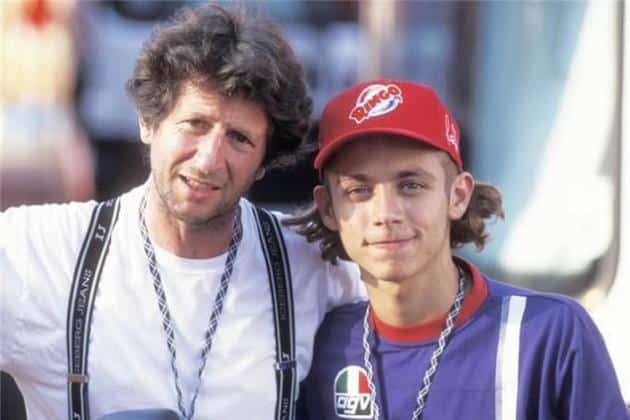 Stefania Palma is Rossi’s mom. she is so reserved that she would often watch her son’s game on the screen instead of availing herself at the venue of any competition her son would participate in. 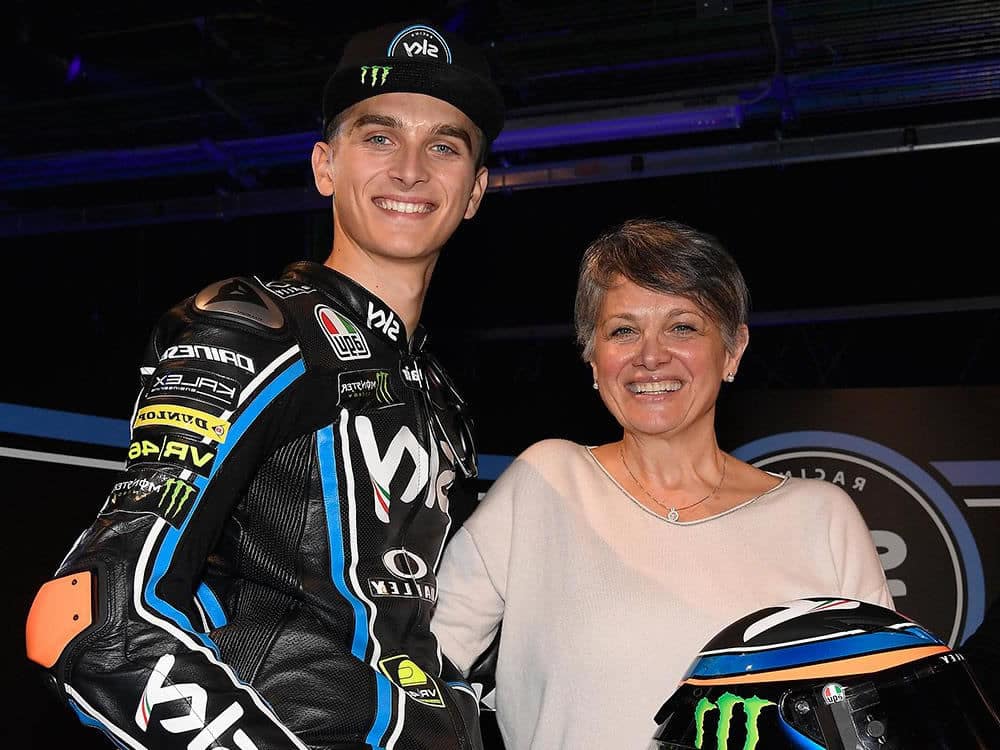 Stefania has always placed her son’s safety as her basic priority and feels too nervous to watch him race at the venue of the competition. 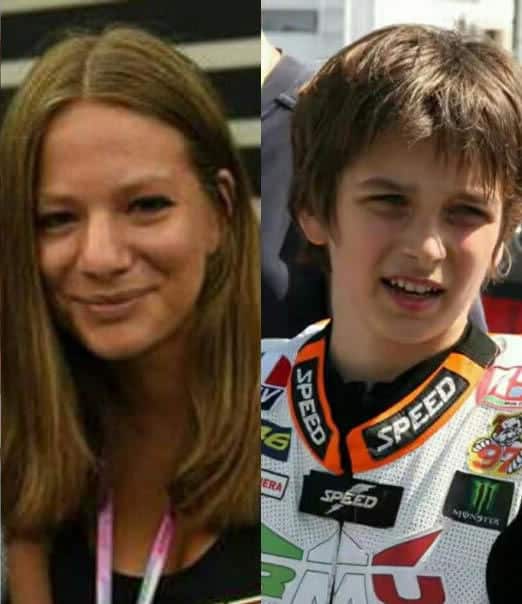 Although not much is known about his younger sister Clara, Rossi shares a strong bond with his sister as the two have been seen having a good time on several occasions.

Rossi’s half-brother Luca is also an Italian motorcycle racer and was born on the 10th day of august 1997 in Urbino.

Away from Valentino Rossi’s immediate family, his paternal grandparents were Dario Rossi and Denise Pierantoni, while little is known about his maternal grandmother and grandfather.

Not much information is known about his aunts and uncles, as well as his nieces and nephews.

What makes Valentino Rossi tick? Sit back as we bring you the makings of his personality in order to help you get a complete picture of him.

To begin with, Valentino Rossi’s persona is a blend of Aquarius zodiac traits.

Rossi keeps his personal life private but has no reason to privatize what he loves to do best. One of his major interests and hobbies is his love for the Italian football club “Internazionale”.

Valentino Rossi has an estimated net worth of $140 million at the time of writing. The origin of his wealth stems majorly from his racing endeavours and mega-money deals with Japanese heavyweights while analysis of his spending patterns indicates that he lives a luxurious lifestyle.

To start with Rossi’s assets, he bought a house which is located in London, UK, while he was still in a contract with Honda. He also owns a villa which is well known for its summer club parties on the island of Ibiza.

Regarding his cars, Rossi has a yellow-coloured Ferrari 458 Italia, which was gifted to him by the iconic car producer – Ferrari – in 2012. Furthermore, he possesses a BMW M3 Sedan in his car collection.

To end Valentino Rossi’s childhood story and biography here are untold or lesser-known facts that you never knew about him.

Rossi was born into a Christian home and grew up believing in the existence of God. He worships God in the Roman Catholic church and does not take his Christian faith for granted.

The MotoGP racer, unlike other racers, has three different nicknames at the time of writing. They are Rossifumi, Valentinik and The Doctor.

Rossi has been using  “The Doctor” since his golden era when he dominates the 500cc class. His nickname – The Doctor – exists because of the way he coldly and clinically dismantles his opponents.

The MotoGP racer, like every other celebrity, inked a tattoo on his hip. The tattoo which is a turtle was inked to commemorate his ironic spirit animal.

Rossi has been captured without shirts in numerous pictures, showcasing his turtle tattoo. 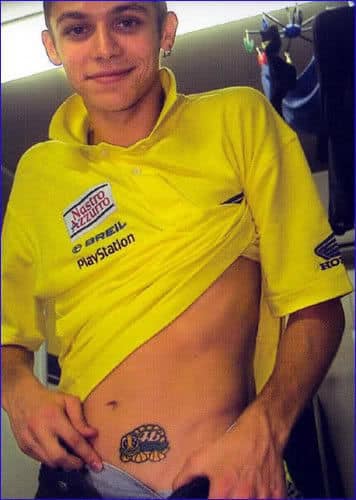 Concerning Rossi’s smoking and drinking habits, he does not smoke. And he is one of the sportsmen who’s against cigarette sponsors in sports.

He also checkmates his drinking habits as he loves being fit for his career endeavours.

Thanks for reading our Valentino Rossi Childhood Story, plus untold biography facts.

At childhood biography, we strive for accuracy and fairness while delivering the Biography of MotoGP riders.

Asides from Valentino Rossi’s Bio, we’ve got other interesting childhood stories of other Moto GP stars. The story of Fabio Quartararo, Francesco Bagnaia and Enea Bastianini would interest you.

If you see something that doesn’t look right in this article, please place your comment or contact us.