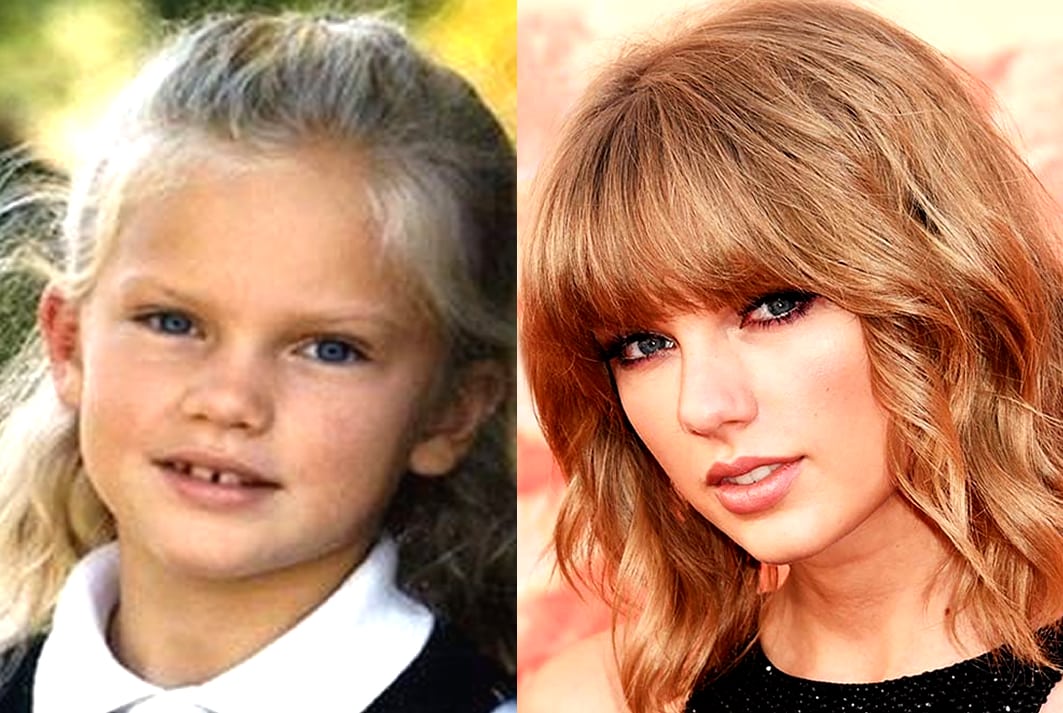 Childhood Biography presents the Full Story of an American singer who is best known by the nickname “T-Swizzle“.

Our Taylor Swift Childhood Story plus Untold Biography Facts brings you a full account of notable events from her childhood time to date.

The analysis involves her early life, life story before fame, rise to fame story, relationship life, family background and personal life. More so, other OFF and ON-Screen little-known facts about her.

Yes, everyone knows she is one of the top acts in popular music. However, only a few consider Taylor Swift’s Biography, which is quite interesting. Now, without further ado, let’s begin.

Taylor Alison Swift was born on the 13th day of December 1989 at Reading, in Pennsylvania, U.S.

She is the first of two children born to her mother Andrea Gardner Swift (a homemaker) and her father Scott Kingsley Swift (a stockbroker). 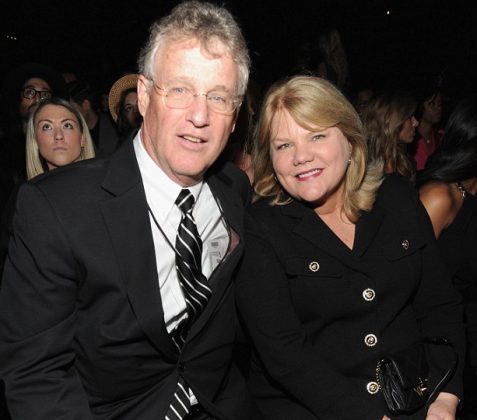 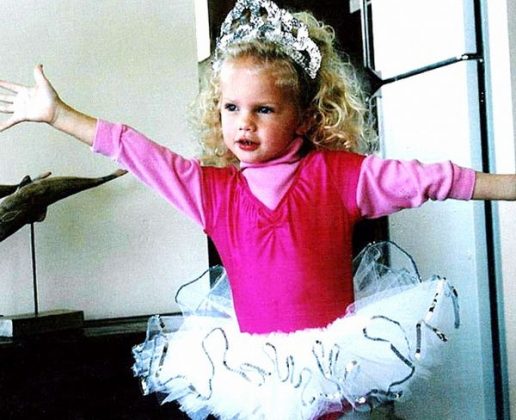 Young Swift spent most of her childhood at Reading, Pennsylvania where she was raised alongside her younger brother Austin before her family moved to the provincial town Wyomissing. 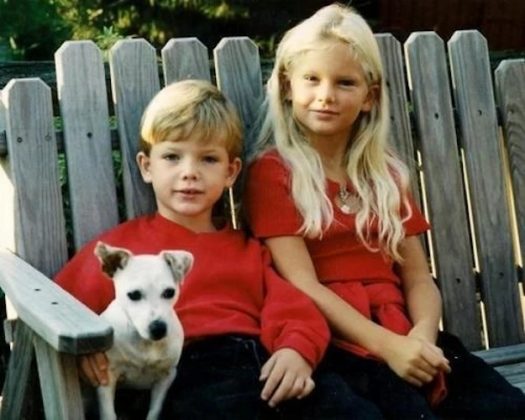 Growing up at Wyomissing, Swift developed early interests in music and had country singers Li Ann Raymes and Shania Twain to regard as her influence and childhood heroes.

Added to the interests was Swift’s noticeable clear voice which she inherited from her opera singing maternal grandmother, Marjorie Finlay.

Swift’s parents initially wanted her to learn the ropes of business and finance, In fact, her mom named her “Taylor” jut so that it would be hard to determine her s3x when the name appears on a business card.

However, they had no choice but to throw their weight behind the little girl’s budding interests in music. 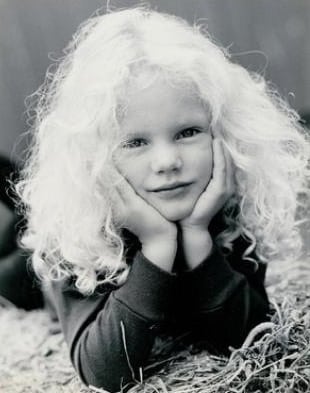 As a result, the young blondie completed vocal classes even before she was aged 10 and at the same age, began singing at local contests events and fairs.

It wasn’t long before her early music endeavours recorded an upswing when she sang “The Star-Spangled Banner” at a Philadelphia 76ers basketball game in The year 2000 (at 11 years of age).

She subsequently gave her budding career a much-needed boost by learning how to play the guitar when she was aged 12.

Swift had her elementary education at Alvernia Montessori School before progressing to The Wyndcroft School.

She was thereafter transferred to Wyomissing Area Junior/Senior High School upon her family’s relocation to the provincial town of Wyomissing. 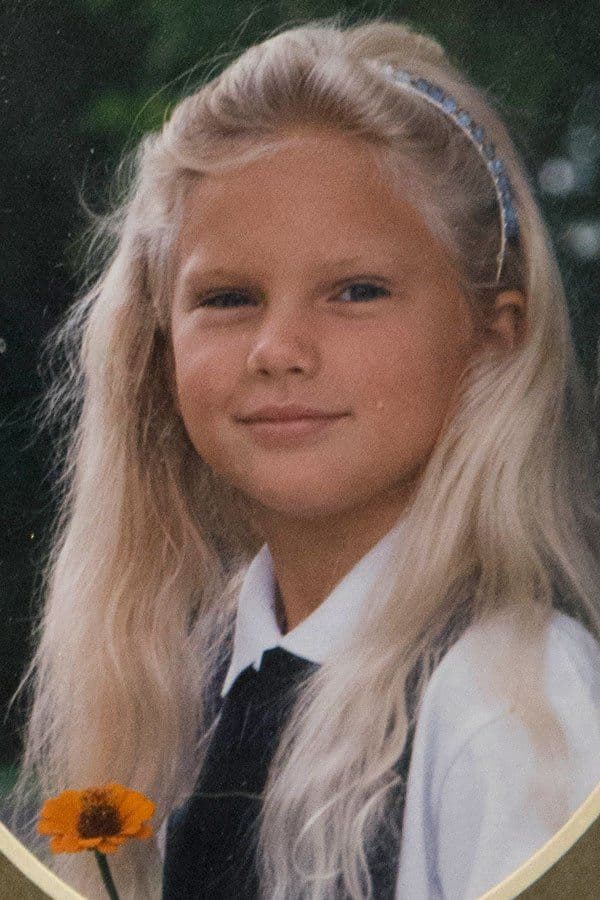 While at Wyomissing high school, Swift intensified efforts at pursuing a career in music.

The youngster would often make trips to Nashville, Tennessee after landing an artist development deal for performing original songs at an RCA Records event. 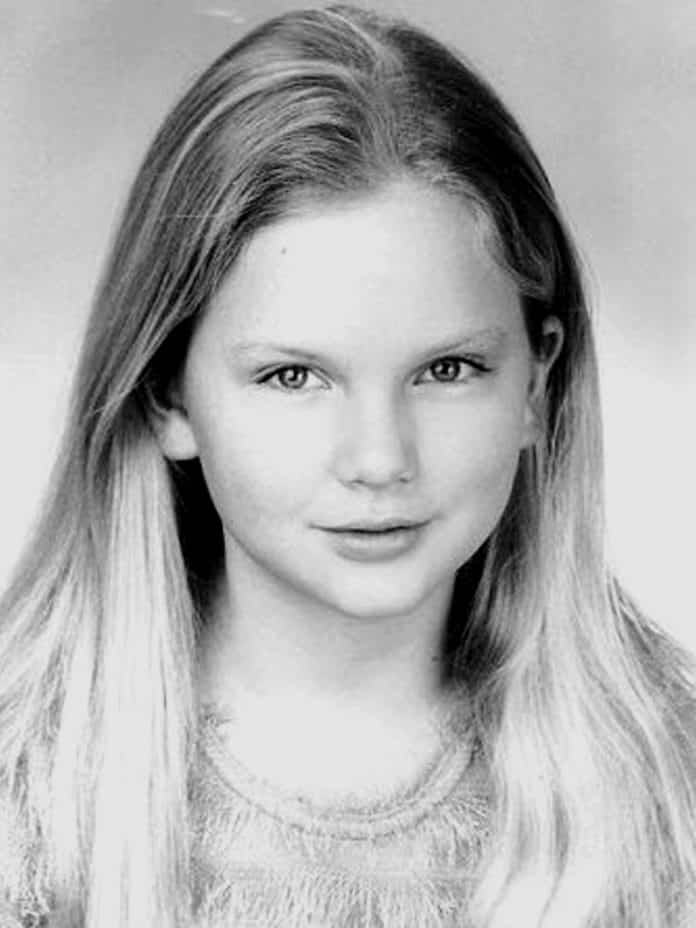 Acknowledging her dedication to building a career in Music, Swift father saw to his work transfer from Wyomissing to Nashville and settled at Hendersonville, Tennessee in order to help Swift break into country music.

It was Nashville that Swift signed up for a homeschooling program with Aaron Academy. Thus, she was able to work towards completing her education while recording active participation in casting and concerts. 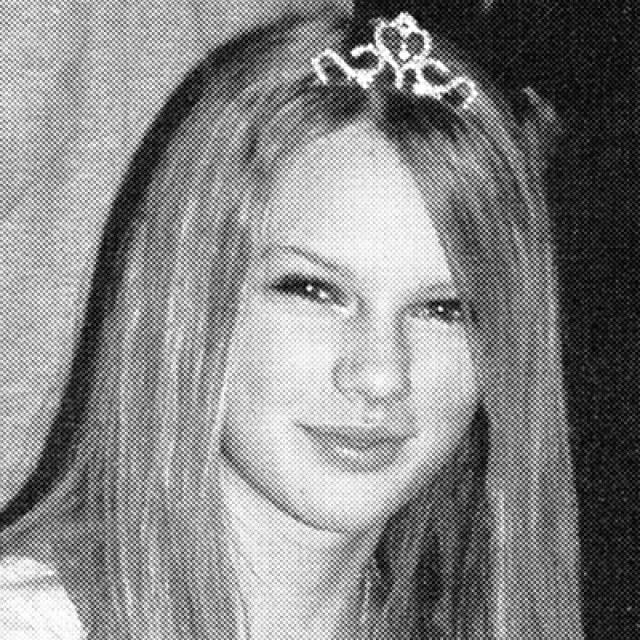 The country music capital of Nashville was a whole new world for Swift who worked with experienced songwriters until her performance at a Nashville’s Bluebird Cafe showcase caught the attention of Big Machine Records executive, Scott Borchetta. 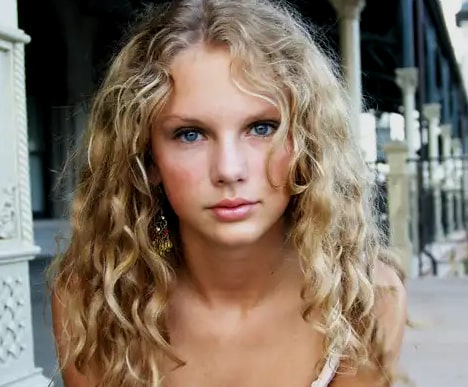 Scott signed Swift to his just beginning Big Machine Records in 2005 after which she released her debut album titled ‘Taylor Swift’ in October 2006. 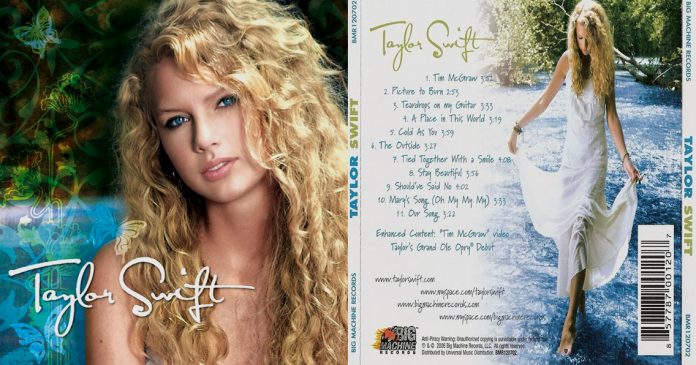 The album which contained singles like ‘Tim McGraw’ occupied number 5 position of US billboard for over 157 weeks and sold over 7.75 million copies worldwide.

Swift is yet to get married. We bring you focal details about her past and current relationship. First was her three-month romantic stint with actor/singer Joe Jonas of The Jonas Brothers in 2008.

Swift has used most of her breakups as inspiration for songs. In fact, the “The Last Time” from her album red gives insight into her romance with Jake Gyllenhaal.

In the same light, “I Knew You Were Trouble” and “Out Of The Woods” are songs about Harry Styles from the albums “Red” and “1989” respectively.

The country musician is currently dating actor Joe Alwyn. The lovebirds met at the 2016 gala and have stuck by each other ever since.

Their relationship has unsurprisingly inspired the songs “Ready For It?”, “End Game” and “Gorgeous” from the album “Reputation”. 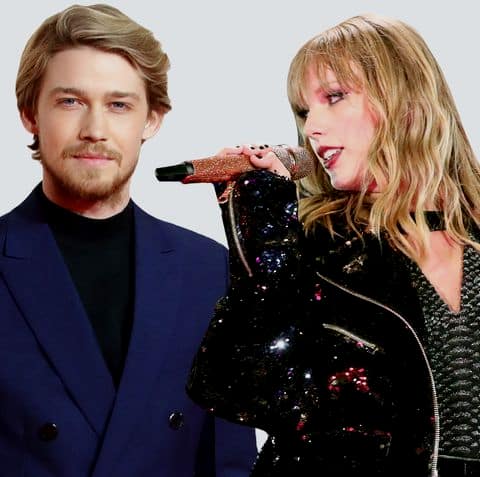 Swift was born into a family of 5 we bring you factual details about members of her immediate family including her grandparents.

Marjorie Moehlenkamp-Finlay was Swift’s doppelganger, an opera singer, Tv host and most importantly, the woman who inspired Swift to pursue a career in singing.

Unfortunately, she died three years ahead of her granddaughter’s rise to fame (2003) at the age of 74. 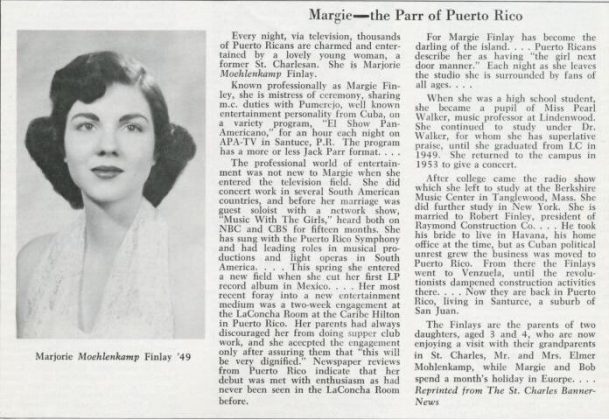 On the other hand is Swift’s maternal grandfather, Robert Bruce Finlay. Robert was a one-time United States Military officer who lived with his family until his death in 2003 at the age of 82.

Swift’s mother Andrea Gardner Swift was born on the 10th of January 1958.

She was a one-time marketing executive who now works as a homemaker. Asides from being a mother, Andrea is a friend to Swift as well as her number one fan. 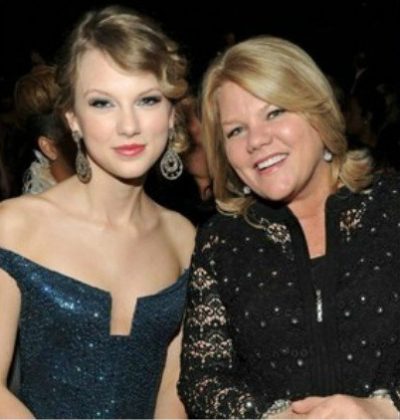 Scott Kingsley Swift, born on the 5th day of March 1952, is swifts father. The financial adviser is a three-generation descendant of bank presidents.

He was diagnosed with cancer in 2007 but has been managing the terminal illness ever since.

Swift has just one brother named Austin. Austin, born on a 11th day of March 1992 is 2 years younger than swift and shares a close bond with her.

The graduate from Notre Dame University works as a freelance photographer and has interest in the entertainment industry. 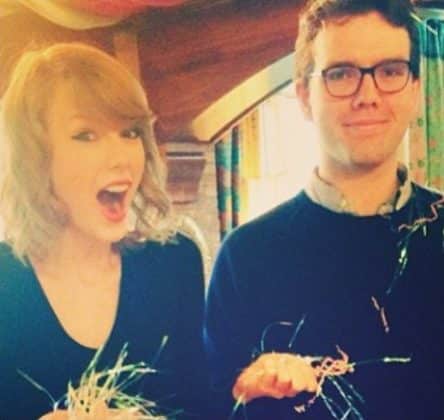 Life is a song for Swift whose inspiration comes in different forms including from just thinking about life.

Added to Swift’s varied sources of inspiration is her high imaginative capabilities borne out from reading lots of books and poetry.

The country music act is in the same light, reputable for inspiring children to embrace the power of reading and writing as she constantly refers to a 350-page novel she wrote at the age of 12. 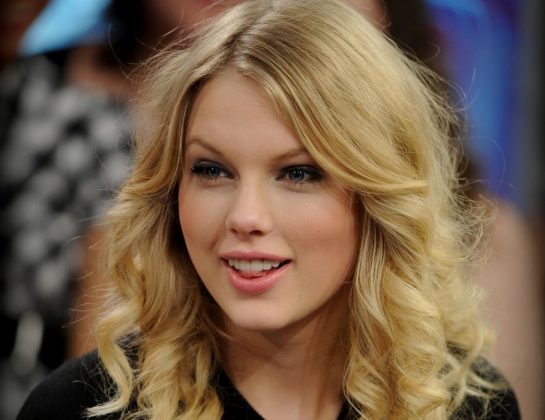 Suffice to note that Swift is one among few world artists. Who rocketed to the top of the music industry but still keep their feet on the ground.

Her charitable endeavours include rendering assistance to American tornado and flood survivors as well as her experiences with Make-A-Wish Foundation.

Though the 1989 singer has had cause to be involved in professional feuds with Katy Perry and Kanye West. She has successfully resolved all and continues to revolutionize country music.

Swift has acquired home from coast to coast ever since she left her childhood home in Reading, Pennsylvania.

The most Scenic of her properties is the $17 Million Rhode Island Mansion she acquired a few years back. 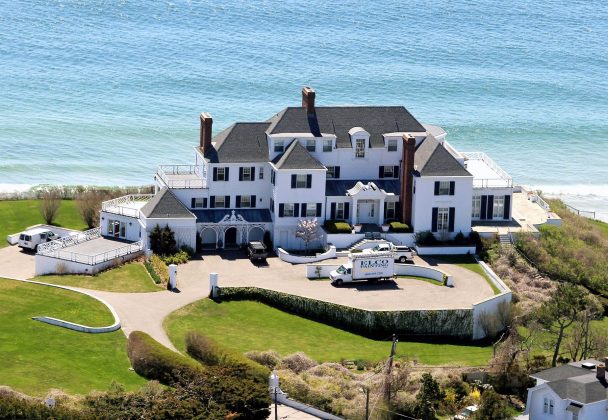 Her Cars collection include Mercedes Benz Viano, Porsche 911 Turbo, Chevy Silverado. Also, Audi R8 and among other fleets, she drew inspiration from and bought. 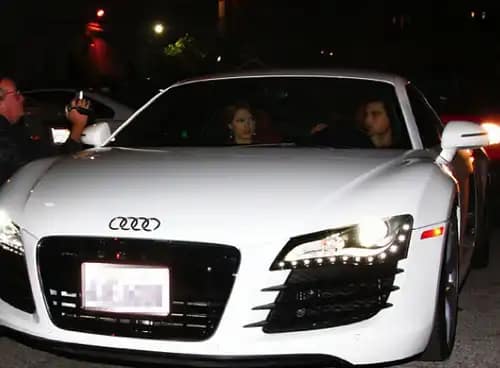