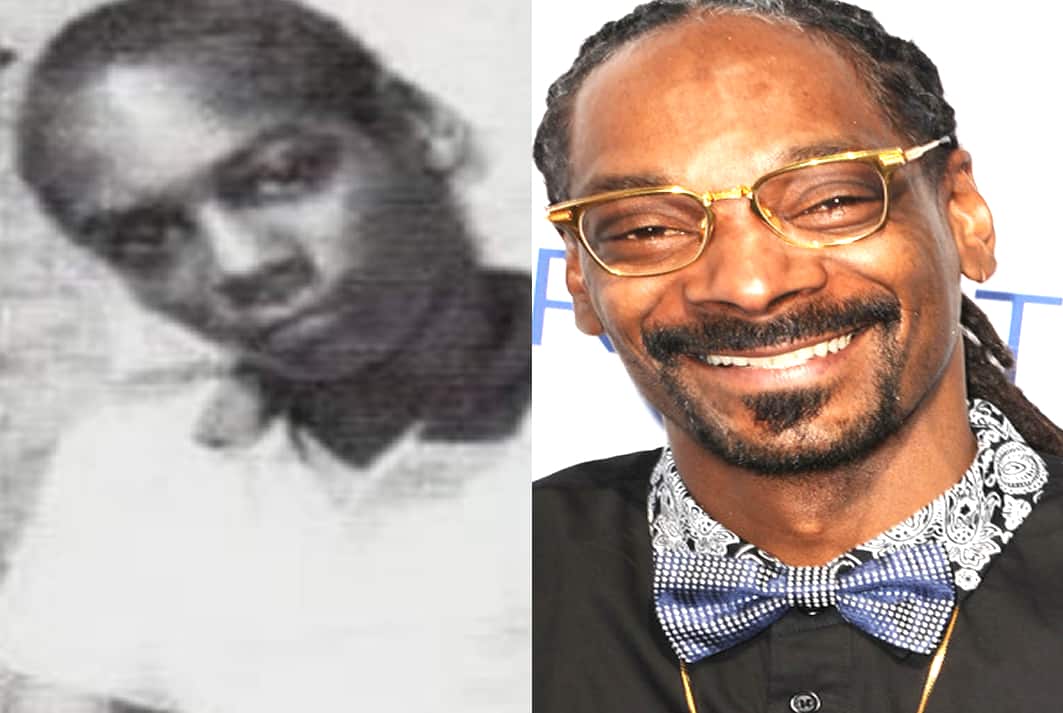 Childhood Biography presents the Full Story of an American Celeb with the nickname “Snoopy”.

Our version of Snoop Dogg’s Biography Facts, including his Childhood Story, brings you a full account of notable events from his childhood time to date.

More so, Snoop’s Love Life, personal life, family facts, lifestyle, and other little-known facts about him.

Yes, everyone knows of his smooth, laid-back delivery and melodic rhymes. However, not many fans have read a detailed version of Snoop Dogg’s biography, which is quite interesting. Now, without further ado, let’s begin.

For Biography starters, Calvin Cordozar Broadus Jr was born on the 20th day of October 1971 at Long Beach, in California, U.S. He was born of the union between his mother, Beverly Broadus Green and his father, Vernell Varnado. Behold, Snoop Dogg’s parents.

The American national of black ethnicity with Afro-American roots was 3 months old when his father – Vernell, left the family.

As a result, Snoop was raised by his mother in California where he grew up alongside his maternal half-siblings – Jerry Wesley Carter and Bing Worthington Jr.

Growing up in California, young Snoop was a sociable kid who had a healthy early life. In addition, he was known to be a lover of cartoons and passionate about the arts.

By the time Snoop came of age, he began singing and playing piano at Golgotha Trinity Baptist Church where he first developed a passion for music. 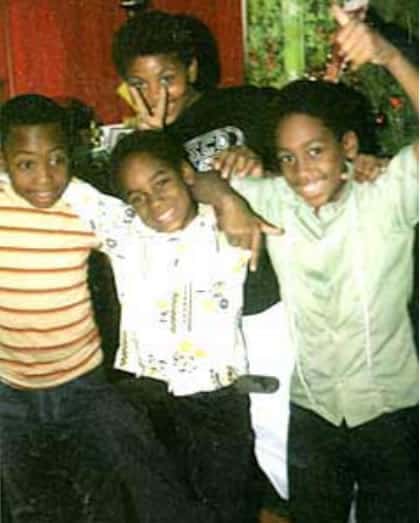 While at the school, Snoop made a sharp transition from singing gospel songs to rapping at sixth grade. 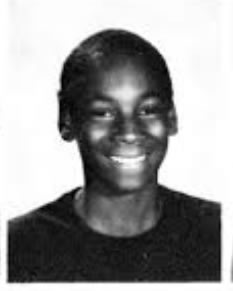 The period also saw Snoop hang out with gangs without being a bonafide member of any gang at the time.

However, his association with elements of I’ll repute robbed off on his character leading to his involvement in drug peddling before graduating from high school.

Not long after Snoop graduated from high school, he became a frequent violator of conventions and was jailed in several correctional facilities including Wayside prison.

Not one to suppress his talents, Snoop sang behind bars to the positive acclaims of inmates who urged him to give up the life of crime and focus on music.

“At wayside prison, I listened to the stories which fellow inmates told, wrote them down on my note pad and turned them into raps…. then came the older inmates who often took me aside to say, ‘Young man, you ought not to be in this place. God gave you some talent, make good use of it.'”

Heeding to the advice, Snoop got his acts together and began recording homemade freestyle with his cousins under the group name 213.

One of Snoop’s solo freestyle over En Vogue’s “Hold On” reached influential producer Dr Dre who was impressed and worked with him on the debut solo album, ‘The Chronic’. 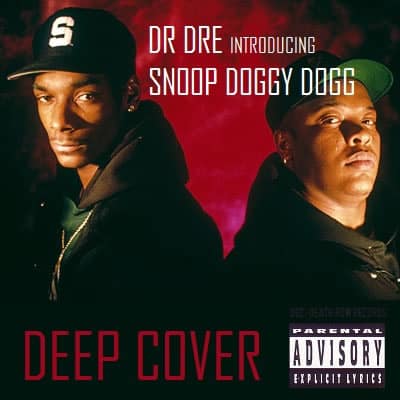 Snoop’s feature on Dre’s ‘The Chronic’ brought him closer to fame with many anticipating an album from the then-newbie.

While Snoop worked on his debut album, he was briefly enmeshed in a murder case after his bodyguard, Malik (McKinley Lee), shot a man named Philip Woldermariam twice from the passenger seat of the Jeep that Snoop was driving. 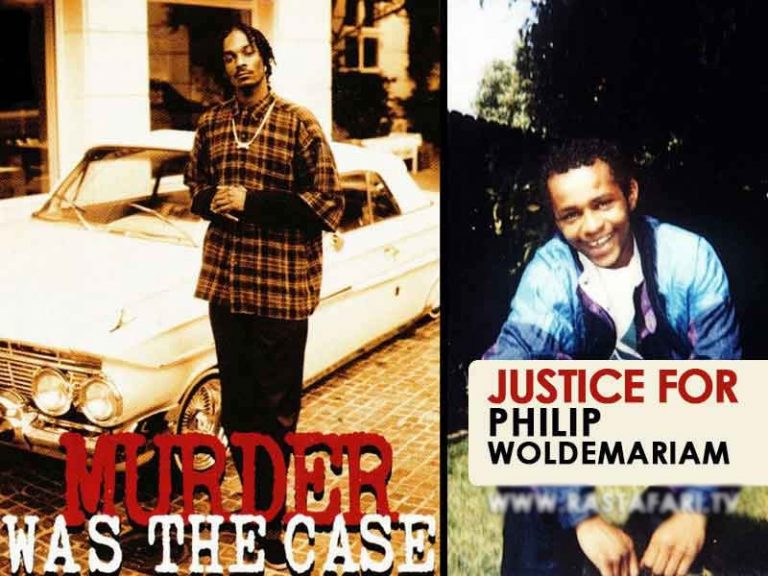 Snoop turned himself into the police and was released on a bail of $1 million. He went on to complete work on his widely anticipated album ‘Dogg¥$tyle’ which was released in 1993 and climbed all the way to number one sport on Bill board’s top 200 charts.

Notable among the album singles were “Who Am I (What’s My Name)?” as well as “Gin and Juice” which gave fans a feel of hip hop that would resonate in their minds for generations.

Fast forward to date, Snoop continues to ply his trade in the music industry with his drawled, laconic rhyming style. His latest and 17th album “I wanna thank me” was released in 2019 and didn’t fall short of fans expectation.

More rewarding to Snoop’s decade long career in music is the deep-rooted influence he has in hip hop world as evident in the collaborative albums he has had with notable artists over the years. 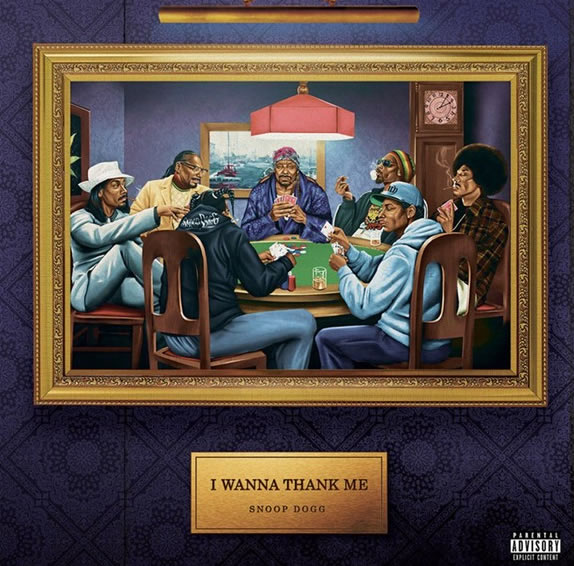 Snoop Dogg is married at the time of writing. We bring you facts about his dating history and marital life.

To start with Snoop’s dating history, the earliest record of his romantic engagement dates back to 1996 when he had a stint with Laurie Holmond that led to the birth of his first son Julian Corrie. 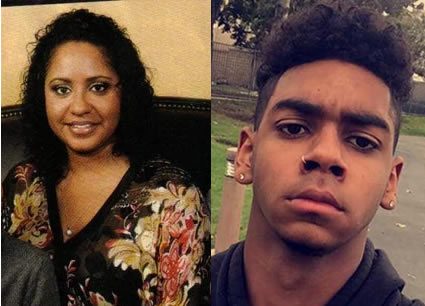 Moving on, The artiste got married to his high school sweetheart Shante Broadus a year later in 1997 and went on to live black couple goals with her until their marriage hit bumps that nearly led to divorce in 2004.

The duo reconciled and remain married at the time of writing. Their marriage is blessed with three children. They include two sons Cordé and Cordell as well as a daughter Cori.

Dogg with his wife and three children- They include two sons Cordé and Cordell as well as a daughter Cori.

Dogg is a part of a rich and famous family tree despite coming from a lower-class family background. We unravel his family life below.

Vernell Varnado is Snoop’s dad. He was born on the 13th day of December 1949 and worked as a Vietnam veteran, singer and mail carrier.

Although Vernell left Snoop and his mother when he was only 3 months, he reconnected with the artiste many years later and now share a close bond with him and his grandchildren.

Beverly Broadus Green is Snoop’s mother. She got married to Calvin Cordozar Broadus Sr Not long after Snoop’s biological dad left the family and named young Snoop after him.

The supportive mom who spent decades singing in the church choir was ordained a minister in 2005. Asides being an evangelist, Beverly is an author with her most popular work being “Real Love II: The Story of an Extraordinary Woman” (2014). 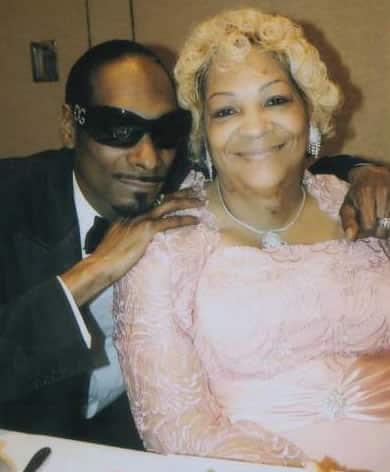 Snoop has no biological siblings neither does he have sisters but two half-siblings born to his mother from two affairs.

They include Jerry Wesley Carter, an elder half brother born to Snoop’s mother from her romance with sailor Harold Carter as well as Bing Worthington Jr, a younger half-brother born of his mother’s relationship with Bing Crosby Worthington Sr. 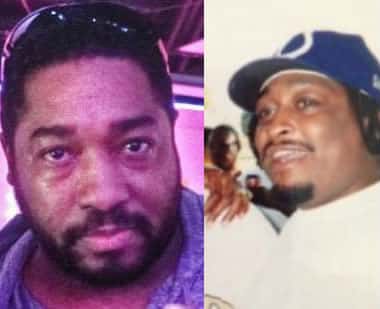 It is no gainsaying that Snoop Dogg has a host of relations that make up for whatever he lacks in his immediate family.

Notable among the distant family members were his paternal grandparents William Varnado and Minnie Felder as well as his maternal grandmom and grandad Dorothy Dean Martin and Jeremiah Tate.

His confirmed cousins are wrestler Sasha Banks, R$B singers Brandy and Ray J and record producer Dax Dillinger. Not much is known about Snoop’s uncles and aunt at the time of writing while his nieces and nephews are yet to be identified.

Snoop Dogg has an amazing personality that blends Libra Zodiac traits with his unique persona of being cool-headed and laid back. What’s more? he is inquisitive, balanced and has been described by many as altruistic.

Away from the creative demanding task of writing songs and recording, Snoop has interests and hobbies that include watching movies, listening to music, and keeping up with a wide range of sports that include basketball, baseball, wrestling and beach bowl. 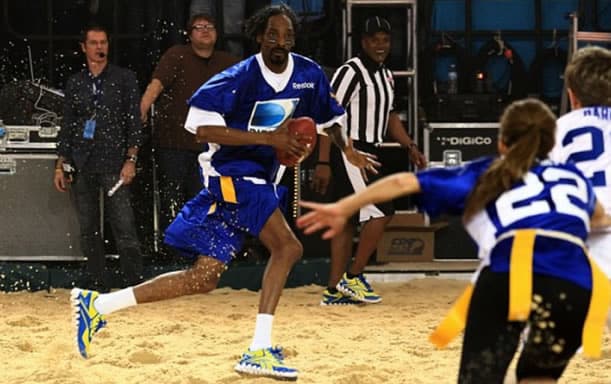 Snoop Dogg has an estimated net worth of over $ 135 Million at the time of writing. Constituents of his impressive wealth draw their origins from his music endeavours and endorsement deals.

Thus, the artist has a huge financial base that backs his huge spending in acquiring material interests and assets.

Noteworthy among the numerous assets that Speak well of Snoop’s luxurious lifestyle is his multi-million dollar house in Diamond Bar, California.

The mansion boast of deluxe rooms and features that make Snoop and his family live a fun life filled life. He is also known to have an expensive car collection that includes rides like Dodge Challenger, Polaris Slingshot, Cadillac Escalade, 1967 Cadillac Deville among others. 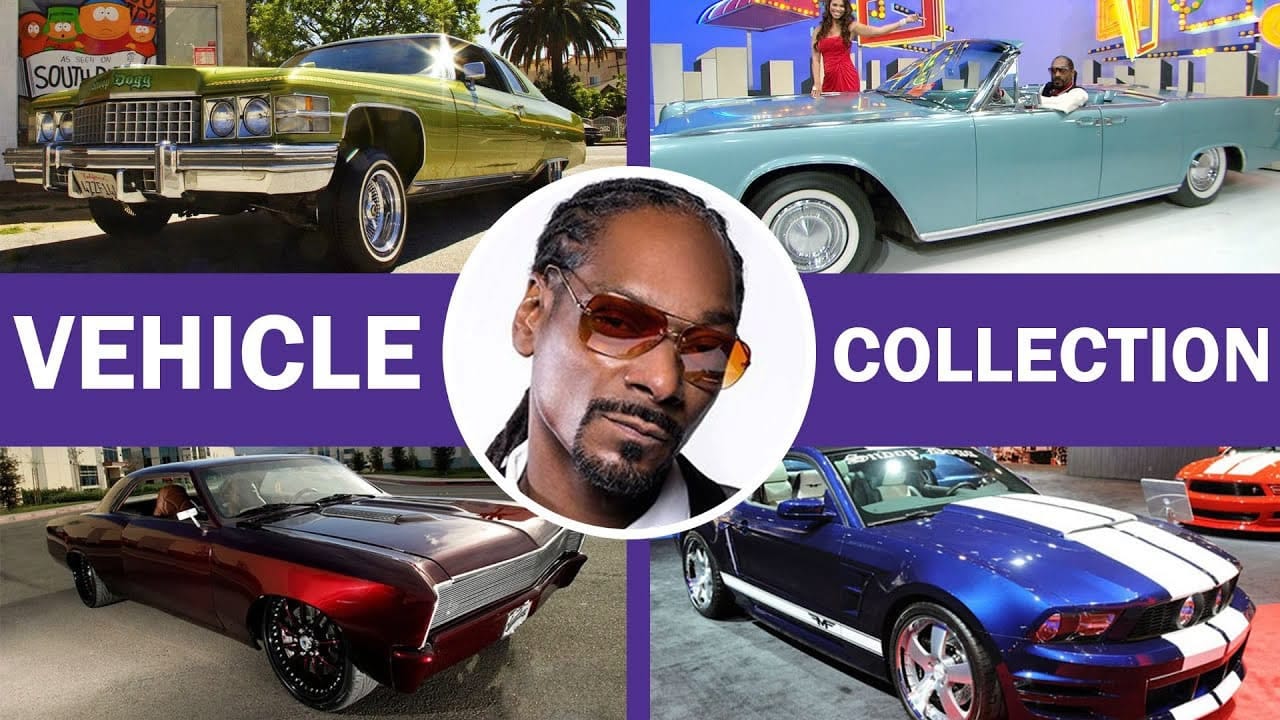 Our Snoop Dogg childhood story and biography would not be complete without outlining lesser-known or untold facts about him we bring you some of those facts.

About the Snoop Dogg Nickname:

Snoop Dogg’s mom named him “Snoopy” owing to his appearance and love for the cartoon character “Snoopy” from Peanut. As the years progressed, “Snoopy” was shortened to “Snoop” while “Dogg” was added to give the stage name “Snoop Dogg”. 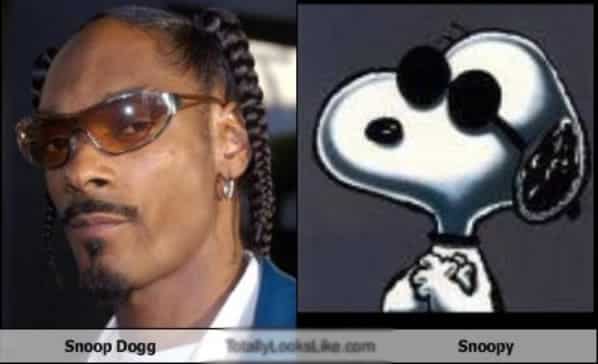 Snoop loves drinking & smoking and has a company called Eaze that delivers medical w33d to people in their homes. Snoop is also the owner of the photo editing and sharing app Snoopify as well as chains of restaurants. 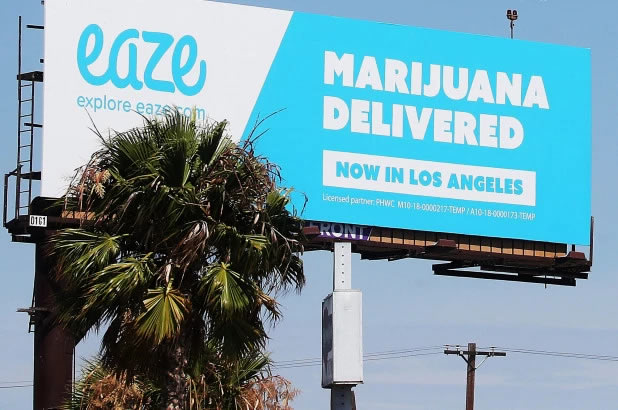 The rap artist has a number of tattoos on his arms. They include a portrait of his wife on his right bicep, an image of his late companion Nate Dogg on his forearm as well as a little known body art on his left bicep. 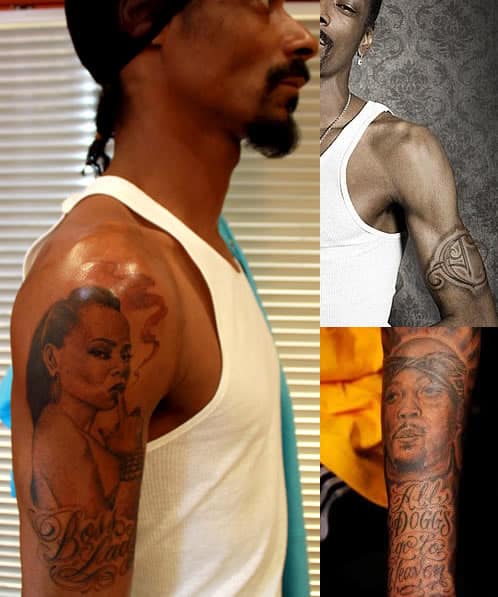 Regarding his religion, Snoop Dogg was born and raised as a Christian. In fact, his love for music was nurtured at church choir where he sang during his early life before he began rapping in high school.

Years later in 2009, it was reported that Snoop was a member of the Nation of Islam. It wasn’t long before he claimed to be “born again” into the Rastafarian faith movement. 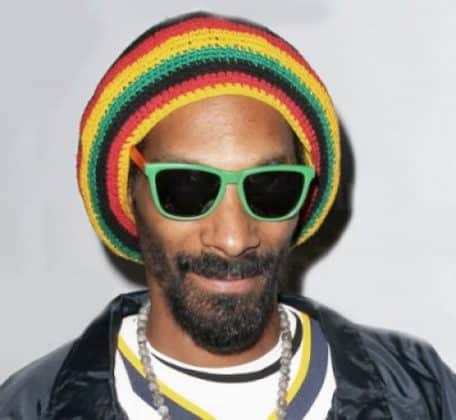 Thanks for reading our Snoop Dogg Childhood Story plus, untold biography facts. At ChildhoodBiography, we strive for accuracy and fairness while delivering the Biography of Singers.

Please stay tuned for more Childhood stories of other famous singers we’ve written about. That of Sia Furler and Halle Bailey would definitely excite you.