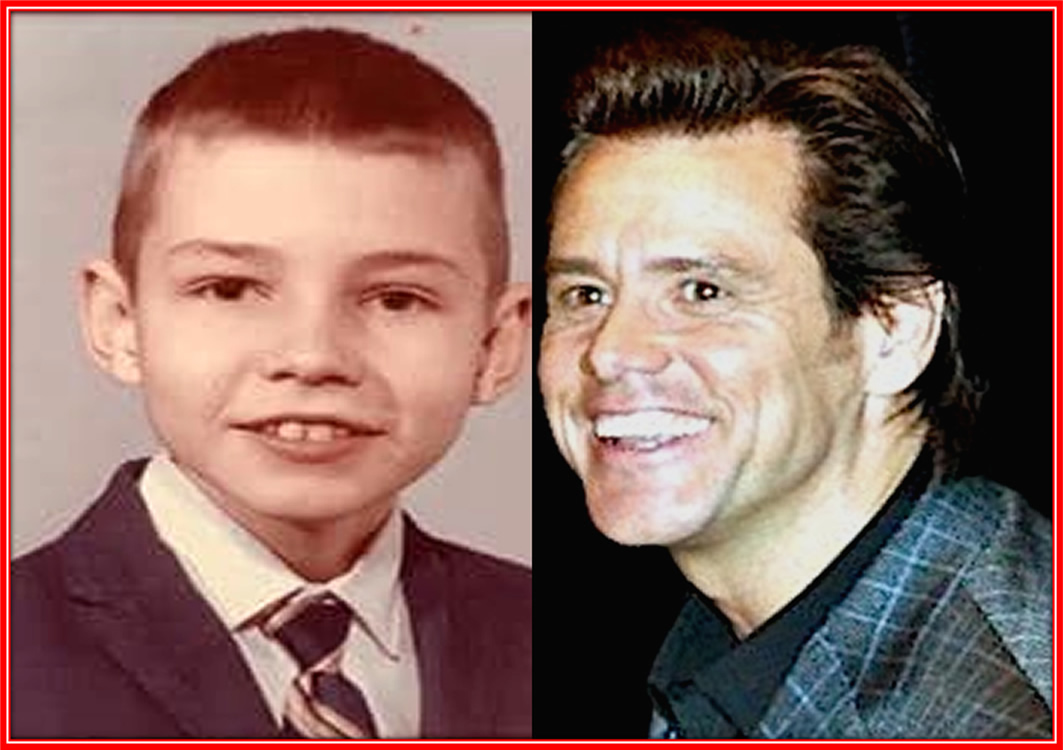 One shocking information about the reality of Jim Carrey’s Childhood Story is the fact that he had to drop out of school due to a lack of finance. Read on as we present you with more fascinating stories about the Biography of Jim Carrey.

What solution could he proffer? Would he be able to achieve a bright future or would his ambitions remain a dream? All these questions ran through Jim’s mind as he could not even live the regular lifestyle other kids had.

As the possibilities of getting a better life seem unattainable, so does Jim’s hope for a destiny helper increase. However impossible realizing his dreams may look, the young lad did not fall short of courage.

In fact, at ten, Jim courageously wrote to Carol Burnett informing her he was a master of impressions. He pointed out that he wants Burnett to consider him for her show – the Carol Burnett Show. At least, he got a form letter from Burnett in response to his initial letters.

Originally, the surname of Jim Carrey’s Family is Carré. The name is a full symbolism of his Family Roots, which is of French-Canadian descent. The maternal ancestry of Jim Carrey comprises Irish, French, and Scottish roots.

Irrespective of his Family Origin, the young Canadian grew up with a full capability of speaking and understanding the English Language. It is certain that Carrey doesn’t exhibit any form of accent from his maternal Ethnicity.

At Burlington, the young Canadian enrolled in a new High School – Aldershot High School. Unfortunately, as the financial situation of his family deteriorated, Carrey had no other option than to drop out of school.

Luckily, Carrey’s father and the rest of his family supported his newly found career paths. Hence, Jim Carrey moved to Toronto to pursue a brighter future in comedy. In Toronto, he debuted at Yuk Yuk’s comedy club.

Despite putting up quite a performance as a comedian, Carrey did not gain much recognition. Hence, he became completely discouraged and doubted his capabilities. Besides his disappointments in his earliest comic opera, Carrey’s family financial problem made it difficult for him to focus on his ambition.

The good news is, Carrey’s family soon gained balance and finally moved into a new home. As a result, Carrey found peace of mind and got all reeled up to recording success in the entertainment industry. As a matter of fact, he started earning money from performing in different shows.

Below is a complete detail of Jim Carrey’s Love-Life. Read on as we unravel intriguing facts about his relationships.

Do you know?… The Canadian Comedian has been married twice. Early on, Jim Carrey got married to the Comedy Store Waitress and former actress Melissa Womer. Jim and Melissa tied the knot on the 28th day of March 1987. However, the two got divorced about eight years after their wedding.

We all know that Carrey’s family went through a lot of financial struggles before Jim experienced a breakthrough in his career. Despite their challenges, Jim Carrey’s Family has always given him maximum support in his career pursuit. Below is a brief individual profile of Jim’s Household. Read on!

The one person who has often cared for Carrey is his mother. Jim Carrey’s mom, Kathleen (née Oram) was a homemaker. She took care of domestic chores while Carrey and his siblings were away from home. Carrey would always be grateful for the unconditional love his mother showed him.

As much as we continue to celebrate the gift of Carrey in the entertainment industry we ought to also credit his dad for successfully supporting him. Even in the face of financial crisis, Jim Carrey’s dad, Percy Carrey, made efforts to support the upcoming comedian. Percy Carrey was a musician and an accountant. He even used his influence to secure a job for his sons when his family was wallowing in abject poverty.

Jim Carrey has three elder siblings, namely; John Carrey, Patricia Carrey Fournier, and Rita Carrey. Carrey’s brother and sisters have undoubtedly stood solidly by his side when the going was tough. They all worked together to see that their family escapes their unfortunate financial circumstances. Thanks to their effort, the Carrey’s now have a blissful life and can now peacefully reminisce on their life’s struggle.

The most prominent cousins amongst Jim Carrey’s relatives are Alex Trebek and Julie Payette, his third and fourth cousins, respectively. Alex is the renowned host of the TV program Jeopardy while Julie is the Governor-General of Canada.

Jim Carrey’s maternal grandparents were John Oram and Bridget Hannah Rita Sheehan. On the other hand, Carrey’s paternal grandfather and grandmother were François Carré and Maria Louise Angélina Sauvé. Since there has been little or no information about his sibling’s personal life, it is unknown whether Carrey has any nephews or nieces.

We can’t deny the fact that Jim Carrey’s upbringing and Early Life experience have affected his personality. Despite his funny characters that could easily prompt laughter, Jim Carrey is down to earth. His sense of humility can never be overemphasized.

Carrey has also exhibited a well-disciplined and ambitious characteristic which is a full proof of his Capricorn Zodiac traits. Away from his office schedules, our famous comic usually does what he loves to do. Carrey’s hobbies include annoying people, making funny faces, and playing the saxophone.

You may probably find it difficult to believe that a little country boy from a poor family has risen to the class of millionaires. To even shock you more, Jim Carrey’s Net Worth at the time of writing this Biography is estimated to be a whopping sum of $180 million.

The wealth of our Canadian actor has made it possible for him to amass several forms of luxurious assets. Hence, Jim Carrey owns many expensive mansions and exotic cars. Below is a  picture of Carrey’s $13.95 million Malibu Colony beach house and his Mercedes-Benz convertible car that shows the wealthy-class Lifestyle he is living.

To wrap up our Jim Carrey’s Life Story, here are few facts about him that would help you get a grasp about his Biography.

Burton believes that Carrey illegally obtained the prescription that was involved in White’s death. White’s mother also filed a wrongful lawsuit against Carrey claiming that the actor did not inform White about his sexually transmitted infections. And still got intimately involved with her when they were still dating.

At the time of Tupac Shakur’s imprisonment back in the 1990s, Carrey wrote him some letters. While talking about his purpose for writing the letters, Carrey explained that he wanted to lift Tupac’s spirit and put a smile on his face. Less I forget, Tupac and Jim Carrey have been good friends in the entertainment industry irrespective of their specialization.

Our famous Canadian celeb is a Roman Catholic. Being born and raised in the Christian faith has channelled Carrey’s belief and morality in accordance with Christianity’s code of conduct. No wonder he did not express any interest in inking tattoos on his skin since his Rise to Fame. Even though Carrey failed to tattoo his skin, Ariana Grande has taken delight in inking a new tattoo on her skin in tribute to him.

Chokwadi # 4: Carrey’s Reality with Pirates of the Caribbean Movie:

It would be impossible for anybody to believe that Jim Carrey would turn out to become a millionaire. However, the fact that Carrey stuck to a particular path irrespective of his family’s financial circumstances shows that consistency is key. From Jim Carrey’s Childhood Story and Biography, we got to see that a little effort can actually help our course in life’s journey.

Finally, we ought to be faithful in little things and have a sense of direction and purpose to accomplish our dreams. Don’t forget to tell us what you think about Jim Carrey’s Life Story in the comment box below. Also, we’ve ensured we watch out for accuracy and fairness while putting up this Biography. However, if you find anything that doesn’t seem right in this article, kindly Contact Us.