Not many families would afford to relocate to Lagos as at the time the Record producer’s parents moved. And so we could say his family were an average household. They had just enough to go by the moments.

Considering that fact that he was born in the southeastern part of Nigeria might leave you with the taught that the talented Singer is Igbo. Now let’s give you a shocker.

Don Jazzy’s Father, is an Isoko man from Delta State, Nigeria. But his mother is a Princess of the Igbo kindred from Abia State also in Nigeria too. As a result, Don Baba is an Isoko man with Igbo maternal root. And of course a full blood African and Nigerian.

Before we talk about how his career began, let’s take a look at the schools he attended. Don Jazzy participated at the famous Federal Government College in Ijaniki, Lagos State. The secondary school adopts a co-educational system.

Sometime in the year 2000, the young Recording artiste On his visit to the UK received an open invitation from his Uncle to play the drums for a local Church. Meanwhile Don Jazzy got a job at an American fast food Company; McDonald’s. He worked as a security guard.

Don Baba’s keen passion for music, brought him in contact with like minds such as Solek, JJC, Kas, The 419 Squad and D’Banj. It was then that Mo’Hits Records took form in collaboration with D’Banj. The Mo’Hits Record produced the viral album ‘No long thing’ and Wande Coal’s Mushin to MoHits. Wande Coal’s collection is said to be one of the best albums from Nigeria.

At this juncture, we will be looking at the upward surge into limelights. Don Jazzy’s breakthrough began when he got employment from America’s Kanye West as Producer at Very Good Beatz. Soon after, this would lead to his new record label, Mavin Records on the 7th of May 2012.

The Records is also known as the Supreme Mavin Dynasty has since produced quite several trending Albums and signed many talented vocalists. The singers include the likes of Tiwa Savage, Reekado Banks and Di’Ja. Also, their songs include Amarachi, Forever, Oma Ga, Take Banana and Chocolate, YOLO and the anthem I’m a MAVIN.

Since then, the Mavin powerhouse has produced some of Nigeria’s best hits and artistes. Besides, he has over 100 production tracks to his name, working with a host of local and international celebrities.

It’s quite intense keeping up with a celebrity’s dating and relationship facts. Nevertheless, we’ll help you in finding out the answers to these questions.

The ‘Dorobucci’ crooner is, no doubt a hot catch for the ladies. Even though he’s not married, he admits cleary that he is not in a hurry to do so. Don Jazzy, however, has been in at least three (3) relationships.

First on the list is Freda Francis; from Edo state. The duo was once seen in Dubai at a wedding in a tight hold for the pictures. You might also have seen or heard about Don Jazzy’s relationship with the controversial actress Tonto Dikeh. However, short-lived was fun at the moment.

Iye ane tarenda reMimhanzi Mugadziri anobvumawo kuve neanodakadza Tiwa Savage. However, he denies having a romantic relationship with her. It’s also good to note the talented producer got no child born out of wedlock; as is always the case with celebrities. Don is also known for haven shown interest with female stars; the likes of Rihanna and also Linda Ikeji all in the entertainment industry.

Haven said all this; the wedding bells may soon ring for Michael Ajereh and his girlfriend; Kerie. The Lady, who is not more than 25 years of age, is of Igbo origin. She is also a graduate of the University of Benin. It’s learnt that Kerie had visited Don Jazzy’s parents in Dublin, Republic of Ireland and received a warm welcome.

Parents, they say are feathers for children to fly. Now we could say the same of Don Jazzy’s Dad. It’s worthy of knowing that, his full names are Collins Ifeanyi Owuneme Ajere Enebeli. He is an influential figure in the show business world; no doubt setting a path that Don Jazzy would follow.

Collins Ifeanyi is a successful businessman and production manager. He is also the President of Nigerian Artiste Manager Association and now signed on as “Grandpa of Mavin Records.” Even at 60 years of age, the father of Nigeria’s foremost music producer bagged a Bachelors Degree in Film and Television production. The degree was from the Dundalk Institute of Technology, Ireland.

Interestingly, he shares the same Birthday with his first Son Don Jazzy. And also admits to loving and celebrates the achievements of his Son. Mr Enebeli also named his son ‘The Beat King’ because he consistently seeks new ways to move the music business forward.

Just like Mr Collins Enebeli, Don’s Mother, who is Patience Enebeli, has not had disagreements concerning any of their children. They were always supportive Vabereki.

However, it may interest you that the Music guru is the elder brother to the ‘Oga Titus’ crooner, D’Prince or better still known as Omoba. The award-winning music producer has three (3) siblings, James Enebeli Collins, Joy Solano (married to Solano), and Charles Collins Enebeli also known as D’Prince.

Over time, their only sister Joy has not had much media attention or fame like her brothers. However, James runs Mavin Energy while D’prince is a famous musician and businessman. Joy is happily married with children and lives in Dublin, Ireland with her hubby.

In a post on Instagram, the Mavin Boss, has once again, shown off a family member, Thomas Ogwuazor. Even though the relationship link is not clear, Ogwuazor according to Don happens to be the ‘only footballer in the family’.

Its a trend now to see children sway in a different faith from what they have shared growing-up. Don Jazzy’s case is an exception. He was born a member of The Chisingaperi Chitsvene Kadhi reCherubim uye Seraphim Church uye yakaramba iri imwe kubvira.

Jazzy tweets about his new crypto hobby for quite a while and has showed off his live charts. Asides drumming, he also displays his dance moves via the TikTok app. However, Don Jazzy’s Mavin Record Label has no match yet in Nigeria.

We guess you know that he also lives an extravagant lifestyle like most celebrities have lots of houses plus exotic cars like Porsche 911, Bentley Continental, Flying Spur, Cadillac Escalade, Range Rover sport amongst others. According to Forbes, Don Jazzy is the 39th’ most powerful celebrity in Africa.’

Don’s net worth is estimated to be $25 million, according to Forbes (2020). He has three (3) mansions, one at Lekki, one in Banana Island, Lagos, and yet another at Los Angeles, USA.

Even as we round up our childhood story and Biography article, it is our pleasure also to present specific information you probably did not know with regards to the 39th most powerful celebrity in Africa. Without further delay, let’s get the ball rolling.

Chokwadi #2 – Credit as a singer

Chokwadi #3 – His Feuds and Partnership Breakups

In March 2012, Don Jazzy confirmed using his Twitter account that D’banj had left the group. D’Banj’s reason for leaving was due to the difference in interests. Also, on the 5th of November 2013, yet another conflict with an artist, Wande Coal, who left the label two days later. 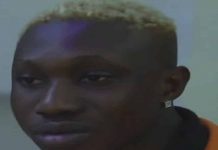