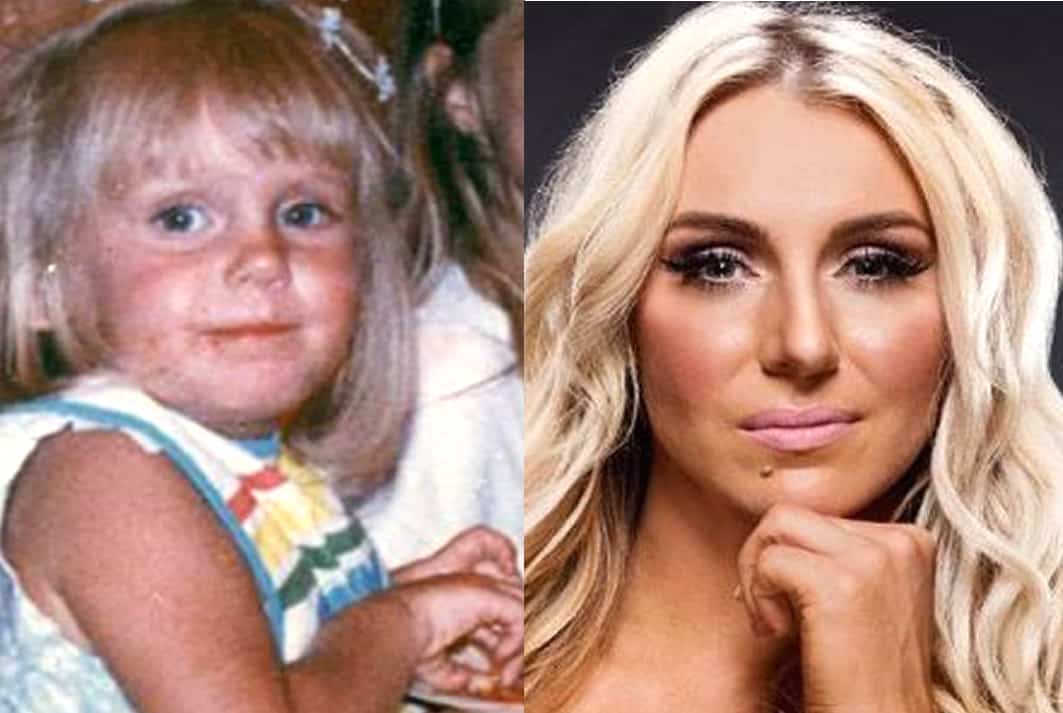 CB presents the Full Story of an American professional wrestler with the nickname “The Queen“.

Our Charlotte Flair Childhood Story plus Untold Biography Facts brings you a full account of notable events from her childhood time to date.

Yes, everyone knows she is one of WWE’s biggest stars. However, only a few consider Charlotte Flair’s biography which is quite interesting. Now, without further ado, let’s begin.

She was the first child born of the union between her mother, Elizabeth Flair and her father, Ric Flair. Below is a photo of Charlotte Flair’s parents – her cool-looking Dad and a Beautiful Mum.

The American national of white ethnicity with little-known roots hail from a middle-class family background and was raised in Charlotte where she grew up alongside her half-sister Megan, a half brother – David and her full brother, Reid.

Influenced by the bond, Young Charlotte picked interests in fitness and worked towards becoming a fitness trainer.

The wrestling prodigy was later transferred to North Carolina State University where she earned a Bachelor of Science in public relations and was certified as a personal trainer within the period.

Charlotte was introduced to WWE’s main roster on the 13th of July 2015, a date she made her pay per view debut and became a fan favourite by defeating Brie Bella and Sasha Banks in a triple threat match.

Subsequent matches saw Charlotte defend her titles three times in matches against Paige and lost her status as a fan favourite when she faked a leg injury to defeat Becky Lynch. 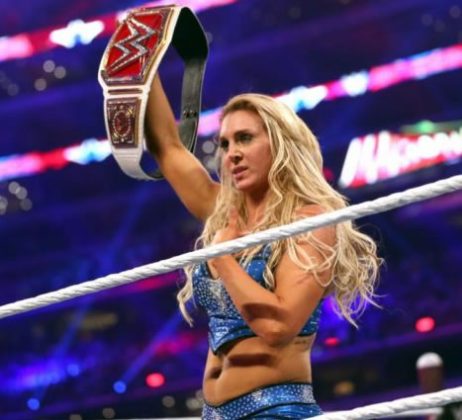 Charlotte flair has been married twice. We bring you details about her dating history, marriages and present relationship status. “The Queen” met and began dating her boyfriend turned husband, Riki Johnson before 2010.

A few months after the divorce Charlotte got married to wrestler Thomas Latimer best known by the nickname Bram. Theirs was a marriage that didn’t survive the test of time as they also went separate ways in 2015.

Charlotte was born into a family of 6. We bring you factual details about members of her family beginning with her parents, brothers and sisters as well as members of her extended family.

The legendary wrestler Rick flair is Charlotte’s dad. He was born on the 25th of February 1949 and began wrestling during his early 20’s.

Before getting married to Charlotte’s mother Elizabeth, Rick had a marital relationship with a certain Leslie Goodman who bore him two children.

Elizabeth is fond of her caring mum whom she’d never miss an opportunity to take a photo with. It is beyond doubts that they share a close bond and have a good understanding of each other.

Reid, on the other hand, is charlotte’s full brother. He grew up training to become a wrestler and had kick-started his wrestling career before he died of drug overdose on March 29th 2013.

Charlotte paternal grandparents are Luther and Olive Phillips while little is known about her maternal grandfather and grandmother.

Similarly, there are no records of her aunt or uncle neither have cousins of the 2nd generation wrestler identified with her online.

Her hobbies include watching cooking shows. She also has interests in volleyball and keeps up with the game.

FACT CHECK: Thanks for reading our Charlotte Flair Childhood Story plus untold biography facts. At childhood biography, we strive for accuracy and fairness while delivering the Biography of WWE Stars. If you see something that doesn’t look right in this article, please place your comment or contact us!

DISCLAIMER!! ChildhoodBiography DOES NOT claim ownership of any pictures posted on its website. Again, we do not host pictures or videos ourselves. Our authors only link to the rightful website(s) who are responsible for their photos. Lastly, we have carefully considered and reviewed all of our content. Despite that, it is possible that some information might be outdated or incomplete.
Contact us: admin@childhoodbiography.com
© Copyright @2022
error:
wpDiscuz
MORE STORIES