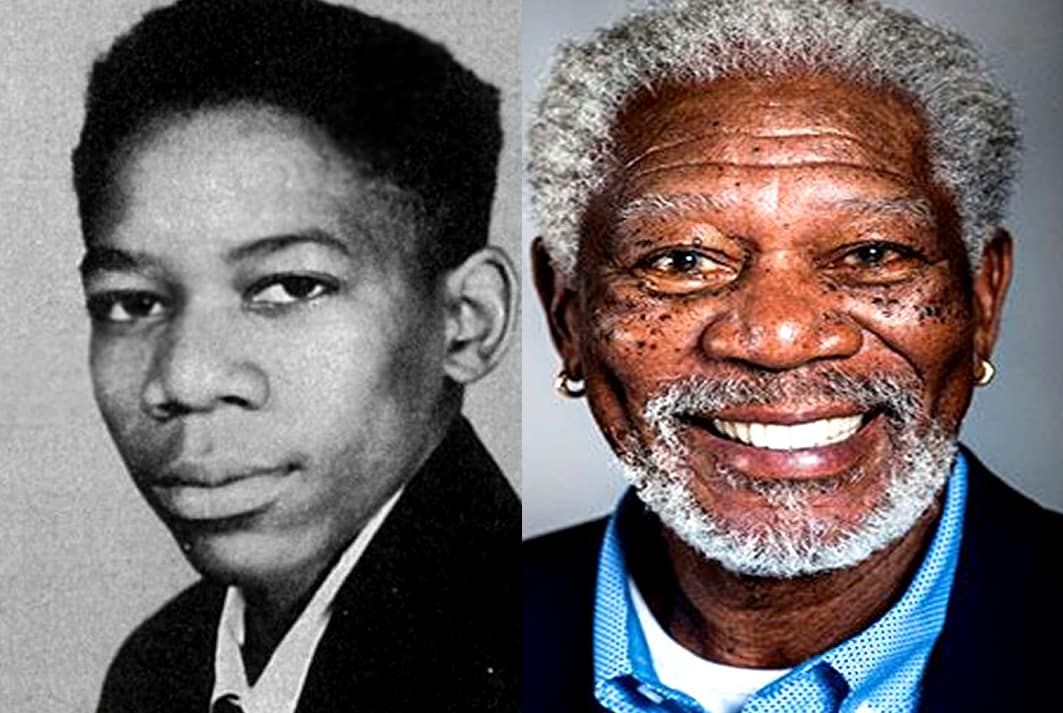 CB presents the Full Story of a Legendary Actor with the nickname “Red“. Our Morgan Freeman Childhood Story plus Untold Biography Facts brings you a full account of notable events from his childhood time to date.

Yes, everyone Knows of how he has served as a narrator, commentator and voice actor for numerous programs owing to his reserved and authoritative voice. However, only a few consider Morgan Freeman’s biography which is quite interesting. Now, without further ado, let’s begin. 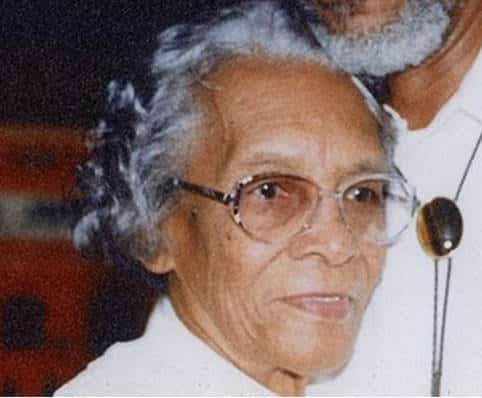 A DNA test carried out in 2008 suggested that the American national of black ethnicity with Afro-American roots has his family origin linked to Liberia, Congo-Angola, and Senegal. As a kid, Freeman was raised in several geographical areas; he was first taken to his paternal grandmother’s place at Charleston, Mississippi from where he moved to Greenwood. He was soon taken to Gary in Indiana and finally stayed at Chicago, Illinois. 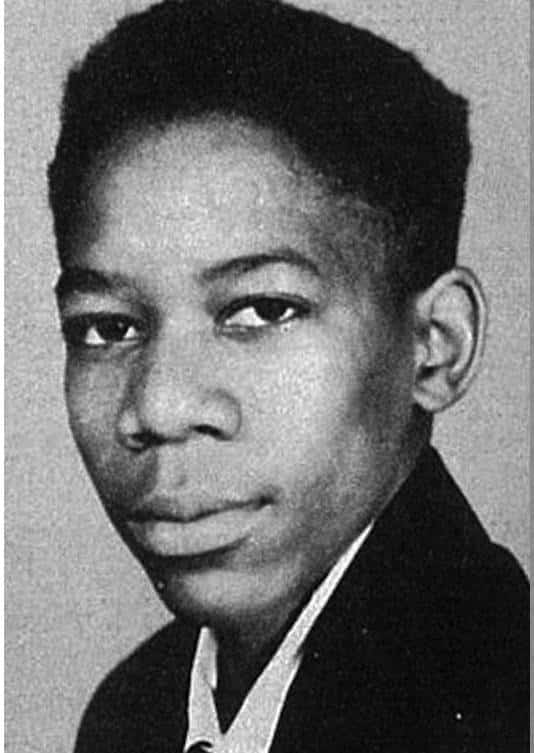 Growing up as a little boy, Freeman would save up money to watch movies in theatres. As a result of frequently changing locations, Freeman had to speedingly adapt to the changes in the environment he finds himself in as some areas were far colder than others. His experience in the numerous journey embarked upon during his childhood notably involved his struggle for survival when he was faced with a life-threatening illness – Pneumonia – at the age of sixteen.

Freeman attended the Broad Street High School, whose structure is now utilized by a new school – Threadgill Elementary School – in recent times. While in school, Freeman made his debut acting performance at the age of nine, playing the lead role in a school play. 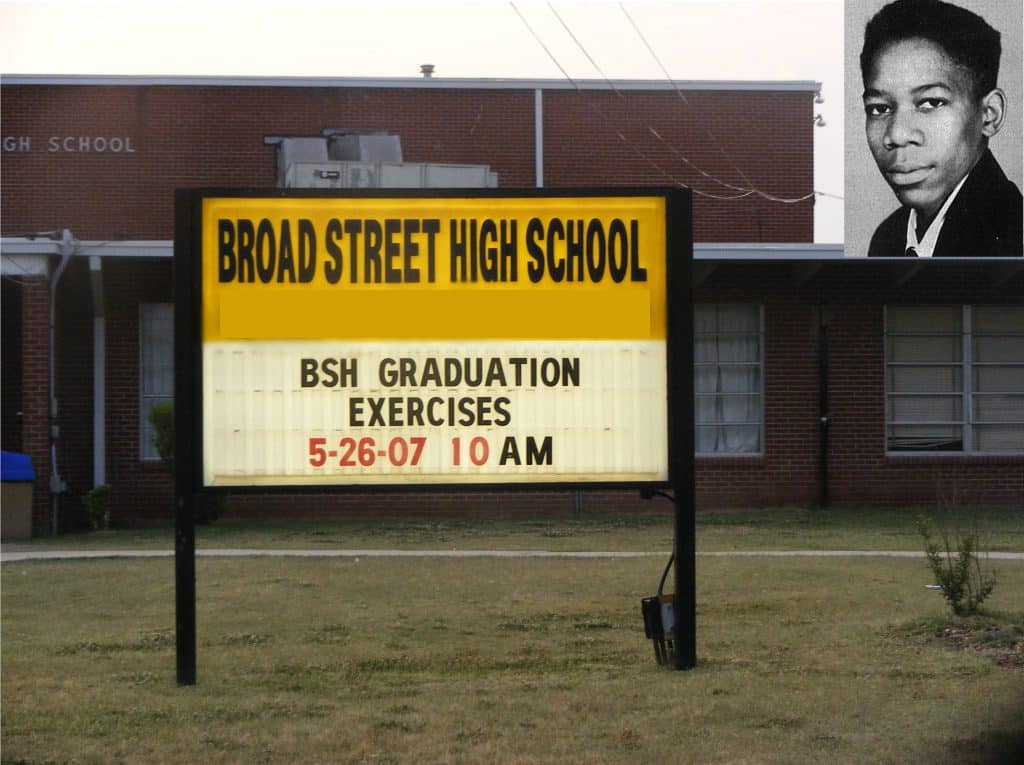 His debut acting left a lasting impression on the audience and by the time Freeman was 12 years old, he won a statewide drama competition. He also performed in a radio show at Nashville, Tennessee. Freeman graduated from Broad Street High School in the year 1955.

Following his graduation from High School, Freeman was offered a partial drama scholarship from Jackson State University which he turned down and instead enlisted in the United States Airforce. He served as an Automatic Tracking Radar Repairman and rose to the rank of Airman 1st class. 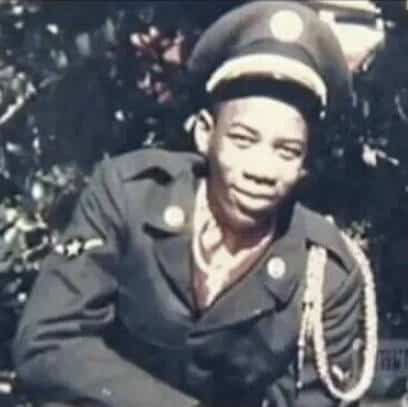 Having spent four years in the military, Freeman realized that he has neglected his true passion – acting – and made up his mind to establish himself in the career he has long forsaken. He then moved to Los Angeles in California where he took acting and dancing lessons.

Freeman experienced difficulty as he took dancing lessons in San Francisco and acting lessons in Pasadena Playhouse. He had to work in order to earn a living as well as pay the fees for his lessons and would mostly work in the day time after which he would sometime go for auditions at night.

His determination for success in the entertainment industry led him into working as a dancer at the 1964 World’s Fair. He also took minor roles in different plays and movies and appeared as an extra in the 1965 film “The Pawnbroker”. Morgan Freeman didn’t appear in a movie until he was 34 years old and didn’t get a big role until he was 52 in Driving Miss Daisy and Glory. 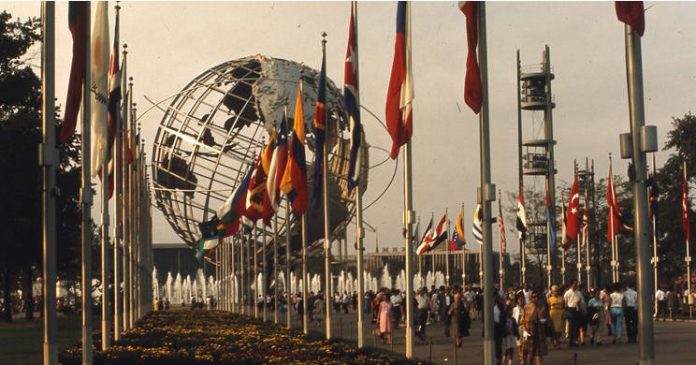 A few years after appearing in the film “The pawnbroker”, Freeman made his off-Broadway debut in Nigger Lovers after which he debuted on Broadway in 1968’s an all-black version of the movie; Hello, Dolly which starred veteran stars like Pearl Bailey and Cab Calloway. Freeman gained national exposure and recognition by appearing on the soap opera, Another World and the PBS kid’s show The Electric Company in 1971.

Fast forward to the time of writing this bio, Morgan Freeman is one of American’s greatest actors in the entertainment industry and has been nominated for a total of about 39 awards of which he won 33 of them at the time of writing. He was awarded the Screen Actors Guild (SAG) Life Achievement Award in the year 2018 as a tribute for his outstanding achievements in fostering the finest ideals of the acting profession. The rest, as they say, is history. 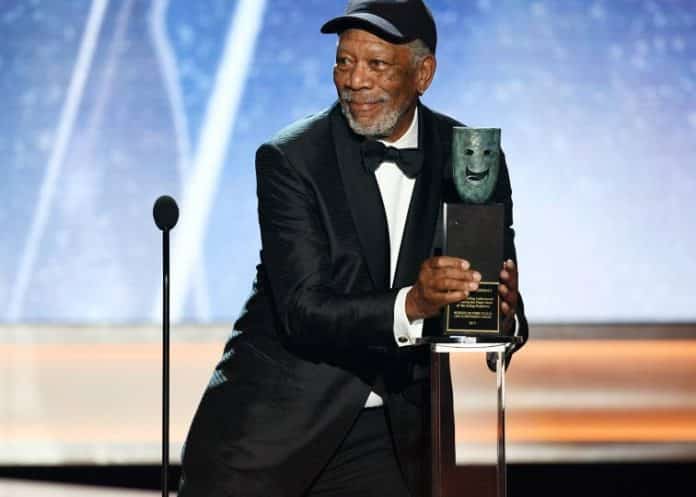 To start with his dating history, Morgan Freeman has dated not less than three ladies since his rise to fame. He had dated Loletha Adkins, American actress, E’Dena Hines, and Mercia Gay Harden. He is also believed to have had a fling with Rita Monero. His relationship with Loleta Adkins gave rise to the birth of their child, Alfonso Rene.

Morgan Freeman has been married twice. He was first wedded to Jeanette Adair Bradshaw on the 22nd day of October 1967 and had a daughter – Morgana – with her. His marriage seems like the best thing that ever happened to him until he got divorced from his wife on the 18th day of November 1979.

A few years after his divorce, Morgan Freeman tied the knot with Myrna Colley-Lee on the 16th day of June 1984. Myrna and Freeman adopted Freeman’s daughter from his previous marriage and after 26 years of marriage, they both got divorced on the 15th day of September 2010. 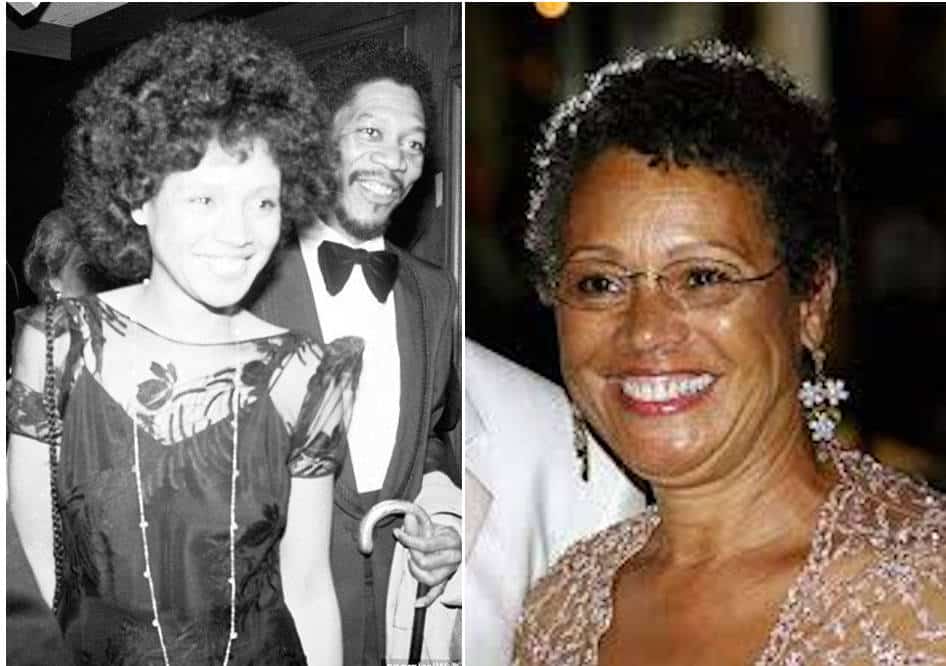 Morgan Freeman comes from a lower-class family background. We bring you facts about his family life.

About Morgan Freeman’s father: Morgan Porterfield Freeman was Morgan Freeman’s dad. He was born on the 7th day of July 1915 to his parents, Hubert Freeman and Evie Anderson. At the age of 45, he was diagnosed with Cirrhosis and suffered from the disease for 1 year after which he lost his life to the cold hands of death in 1961. Porterfield Freeman was a barber and took care of his family using the proceedings that arise from his business.

About Morgan Freeman’s mother: Mayme Edna Revere was Morgan Freeman’s mom. She was born to her parents, Jacob Revere and Lenora Greenlee in Charleston, Tallahatchie County, Mississippi. She was a teacher and always utilized any opportunity she gets to teach her child as well. She gave up the ghost at the age of 87-88 years in the year 2000. 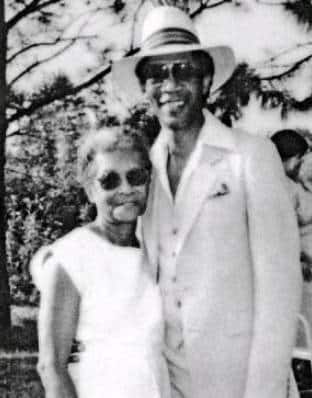 About Morgan Freeman’s siblings: Morgan Freeman has three older siblings whose names have not been completely documented or mentioned on any of his interviews with the press as well as on his social media pages. 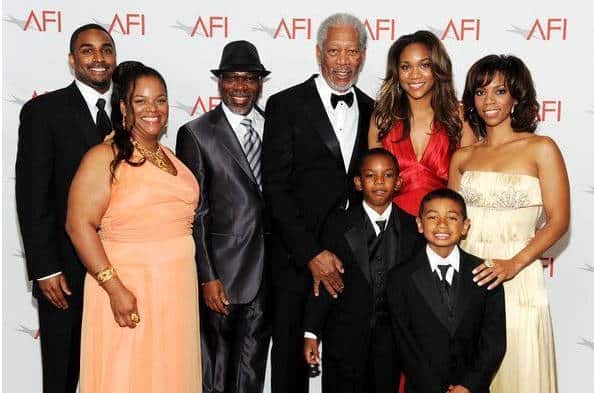 Away from Morgan Freeman’s career endeavours, we bring you facts about his personality in order to help give you a complete picture of him. To begin with, Morgan Freeman’s persona is a blend of Gemini and has indeed exhibited the characteristics of his Zodiac traits.

He very smart and thinks thoroughly before executing any mission. Morgan Freeman’s hobbies and interests in Bees are quite amazing. He had announced that he has turned his Mississippi ranch into a real bee Sanctuary. He became so concerned about the rate at which insects are decreasing in modern society and he was determined to do something about this problem. Morgan Freeman has imported more than 26 hives from the neighbouring state of Arkansas. 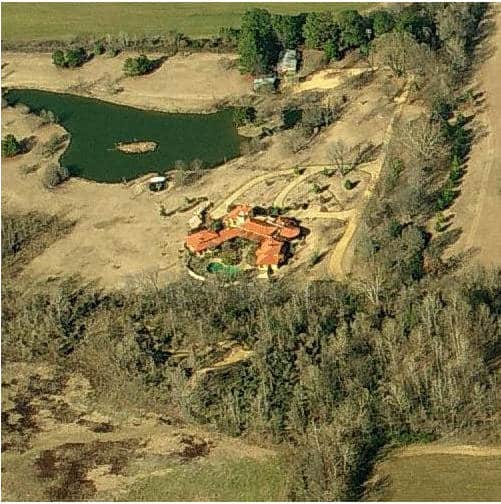 Morgan Freeman has an estimated net worth of $250 million at the time of writing. The origin of his wealth stems majorly from his professional acting career and endorsement deals with Ground Zero Blues club while analysis of his spending patterns indicates that he lives a luxurious lifestyle.

To start with his assets, Morgan Freeman has a luxurious mansion at Charleston, Mississippi in the United States. He also has a house in New York City and had earned a private pilot’s license at the age of 65. He owns or has own not less than three private Jets including his Cessna Citation 501 Jet and Emivest SJ30 long-range private jet since his rise to fame.

Religion: Morgan Freeman was born into a Christian home and had disclosed how he would often follow his mother to different churches as she follows different preachers about. But as he grew older he got to make a decision concerning his belief and he is currently an Atheist.

Reason for nickname: Morgan Freeman was nicknamed Red in the movie The Shawshank Redemption, and has been known with the nickname since the release of the movie in 1993.

Drinking and Smoking Habits: Morgan Freeman smokes occasionally and drinks as well. As much as he smokes, he ensures to eat a well-balanced diet in order to maintain a healthy lifestyle. 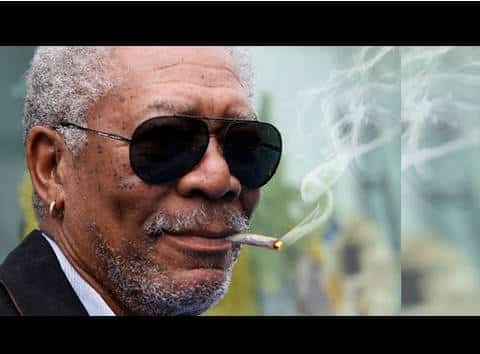 Tattoos: Morgan Freeman has no interest in inking and has not inked any tattoo on his body. Many of his fans had taken pride in inking a portrait of him on different parts of their body as a tribute to the veteran movie actor.

FACT CHECK: Thanks for reading our Morgan Freeman Childhood Story plus untold biography facts. At childhood biography, we strive for accuracy and fairness. If you see something that doesn’t look right in this article, please place your comment or contact us!

Every notable figure has got both Childhood Stories and Bio Facts. This is why we exist. We write engaging life stories that offer great insight into the youthful to present life of celebrities around the world.
© Copyright 2017-2020
wpDiscuz
MORE STORIES