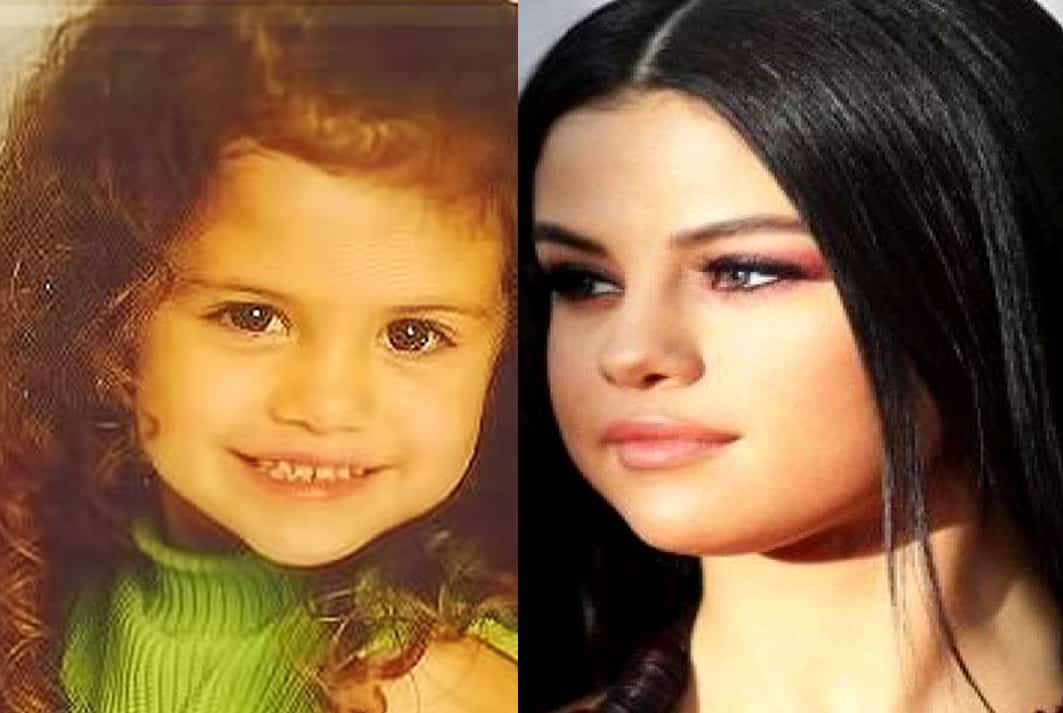 Childhood Biography presents the Full Story of an American and Global celebrity with the nickname “Selenita“.

Our Selena Gomez Childhood Biography Facts brings you a full account of notable events from her childhood time to date.

Yes, everyone knows she is one of the most successful ‘Disney’ child actors. However, only a few consider Selena Gomez’s Biography, which is quite interesting. Now, without further ado, let’s begin.

For Biography starters, Selena Marie Gomez was born on the 22nd of July 1992 at Grand Prairie in Texas, United States.

She was the only child born of the union between her mother, Mandy Teefey (an actress at the time) and her father, Ricardo Joel Gomez.

The American of white ethnicity with Italian and Mexican roots hails from a lower-class family background and was raised by her parents at Grand Prairie before they divorced when she was only aged 5.

Following the divorce, Selena endured poverty with her mother, whose acting career at the time, influenced her to take baby steps into the entertainment industry while recording academic progress at the same time.

Little Selena would after school hours, accompany her mother to theatres where she was involved in acting.

Upon watching her mother prepare for stage productions several times Selena became irrevocably interested in pursuing a career in the entertainment industry.

Thus she opted in for home-schooling to enable her audition for acting roles.

At the peak of her auditions, Selena clinched an acting role with the show “Barney and Friends” in 2002.

The show which saw her play the character named Gianna had musical prodigy Demi Lovato involved as a fellow performer.

Moving on, Selena became a Disney sensation with her appearance on Disney show and the Disney programme; ‘The Suite Life of Zack & Cody’ and ‘Hannah Montana’ respectively.

She also played the character of Alex Russo, in the ‘Disney’ show, ‘Wizards of Waverly Place’, in 2007.

The show which had Selena’s theme song, ‘Everything is Not What It Seems’, became a huge success that shot the talented actress to great heights.

Although Selena was yet to achieve a significant breakthrough, She struggled to overcome the challenges of managing her budding fame as a teenager.

Young and Beautiful Selena was still relatively unknown until she broke away from kids roles to embrace a full-fledged acting career with Hollywood.

She went on to cement influence in the entertainment industry by organizing her own music group named ‘Selena Gomez & the Scene’.

Selena Gomez is yet to be married at the time of writing. We bring you details about her dating history and current relationship status.

Starting off, the singer was barely 18 years old when she dated singer Nick Jonas between 2008-2010.

She also had a romantic stint with American actor Taylor Lautner in 2009 before starting an on and off relationship with Justin Bieber between 2010-2018.

During her on/off relationship with Justin Bieber, Selena dated Canadian singer The Weeknd between 2016 – 2017. She is reportedly single at the time of writing and has no son(s) or daughter(s) outside wedlock.

“Selenita” was born into a family of 3. we bring you factual details about members of her immediate and extended family.

Ricardo Joel Gomez is Selena’s dad. He is a Mexican -American who was married to Selena’s mother between 1992 to 1997.

Although Ricardo got divorced from Selena’s mother when the singer was aged 5, he never strayed far from his princess.

He shared a close bond with Selena right from her early life and has been involved in special moments of her adulthood. Ricardo is at the time of writing married to a certain Sara Gomez.

Amanda “Mandy” Teefey is Selena’s mom. The supportive mum who is of Italian descent holds credit for singlehandedly raising Selena to become the star that she is today.

Mandy is among other things, a former theatre actress, a producer and a one-time manager of her daughter’s music career. She is at the time of writing married to Brian Teefey who doubles as Selena’s stepfather.

Brian Teefey is Selena’s stepdad. He helped raise Selena like she were his own child.

He was also involved in the singer’s management team at some point. Thus, Teefey contributed his quota to Selena’s success and has the singer obliged to his immense contributions.

Selena is the only child born of her parents’ (Ricardo and Mandy) marriage together.

Thus, she has no full brother and sisters but half-siblings. They include Gracie Elliot Teefey, Victoria Gomez and Step-half sibling Marcus from her Stepmother -Sara Gomez – previous relationship.

Meanwhile, little is known of Marcus who was born to Sara Gomez from a previous relationship.

Selena Gomez has grandparents who helped shape her childhood.

They include her maternal grandparents, David Michael Cornett and Debbie Jean Gibson, as well as her paternal grandfather and grandmother, Ricardo and Mary Gomez.

They were not very much close to her like Selena’s paternal grandparents Ricardo and Mary Gomez who helped raise the singer while her parents were still very young and focused on schooling.

Away from her grandparents, Selena has uncles and aunts who have subtly contributed their quota to her fame.

Meanwhile, she is yet to have nieces and nephews owing to the fact that her siblings are underaged at the time of writing.

What makes Selena Gomez tick? sit back as we bring you makings of her personality to help you get a complete picture of her.

To begin with, Selena’s persona is a blend of Cancer Zodiac personality traits. She is emotional, intuitive, and creative.

Selena’s hobbies include spending quality time with friends, listening to music and dancing. She also has interests in basketball, football, fashion, among other interesting activities that are in sync with her creative disposition.

Selena Gomez has an estimated net worth of $60 million dollars as of the time of writing. She lives an exotic lifestyle that is reflected by expensive spending patterns and the acquisition of luxurious assets.

The assets include her exotic Ford Escape car which boasts of a 2.5-litre four-cylinder engine that delivers 168hp. She has been also spotted riding a Vespa buddy that speaks well of her interests in motorcycles.

The latest of her acquisition in real estates is a $2.25m house at Studio city in Los Angeles. The house contains rooms with deluxe state of the art facilities.

Selena is deeply involved in Charity and was named the youngest ambassador for UNICEF when she was aged 17.

She’s also actively involved with the charity Raise Hope for Congo, a body that raises awareness for Congolese women affected by violence.

Regarding her religion, Selena Gomez was raised Catholic and lives the life of a believer. In addition, she sometimes sings worship songs at her concerts.

She has so far endorsed and enjoyed the sponsorship of brands that include Borden Milk, Pantene, Coca-cola, Puma and Louis Vuitton.

Away from the endorsements, Selena has her own clothing line known as Dream Out Loud as well as a self-titled fragrance line known as Selena Gomez.

FACT CHECK: Thanks for reading our Selena Gomez Childhood Story plus untold biography facts. At childhood biography, we strive for accuracy and fairness. If you see something that doesn’t look right in this article, please place your comment or contact us!