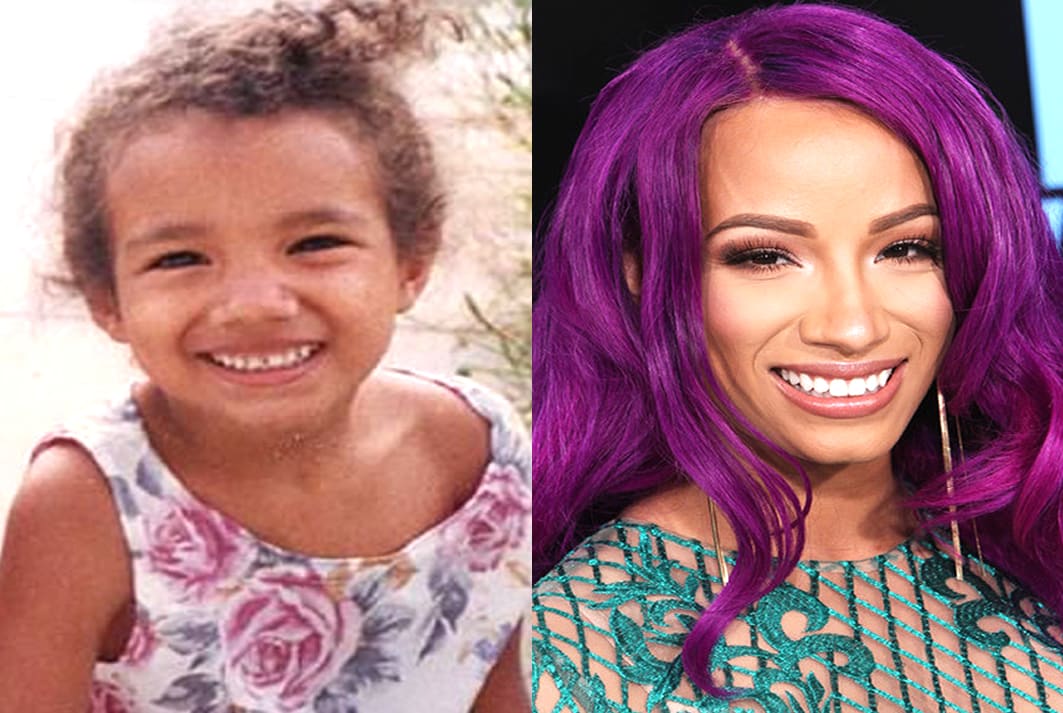 Childhood Biography presents the Full Story of an American professional wrestler with the nickname “The Boss“.

Our Sasha Banks Biography Facts brings you a full account of notable events from her childhood time to date.

The analysis of the highly admired female WWE Superstar involves her early life, life story before fame, family background and personal life. More so, other OFF and ON-Screen little-known facts about her.

Yes, everyone knows of her flamboyant but highly effective wrestling moves. However, only a few consider Sasha Banks’ Biography, which is quite interesting. Now, without further ado, let’s begin.

For Biography starters, Sasha Banks (christened Mercedes Kaestner-Varnado) was born on the 26th day of January 1992 at Fairfield in California, U.S.A.

She was the first of two children born to her mother, Judith Varnado and to her father Reo Varnado.

The American national of Afro-American ethnicity with German roots was still very young when her dad abandoned the family.

Consequently, she was single-handedly raised by her mom who did the best she could to care for her and her younger autistic brother.

Sasha grew up and had childhood experiences in many cities owing to the fact her family was always on the move in search of better healthcare facilities and schools for her autistic brother.

Growing up in cities which include Iowa, Minnesota and Massachusetts, Young Banks was a wrestling enthusiast who loved watching the sport on TV with hopes of becoming a wrestler sometime in the future.

In the same light, Banks idolized wrestling legends at the time, including Chris Jerico and Eddie Guerrero to the dismay of her mum, who desired that the wrestling prodigy develop interests that are in sync with her religious upbringing.

“I remember my mom coming in and being like, ‘What are you doing, what are you watching?’ God wouldn’t like this stuff! Turn that off!’

And I was like, ‘ok.’ So I turned it off and I ran into my brother’s room and I turned it back on and I just continued watching it”. She recalled in a podcast – Making Their Way To The Ring with Lilian Garcia.

Speak more of Banks’ religious upbringing, the young girl and her mother used to attend church five times a week until she became a bit rebellious by gradually limiting the number of times she showed up for religious functions.

“It wasn’t until I started wrestling that I was like, ‘Mom, I can’t go to church on Saturday and Friday. I can go on Sunday, but I’ve got wrestling shows.’” Said Banks during an interview with Unfiltered.

It was only a matter of years before Banks would get her mother to support her interests and career in wrestling after she completed her education.

Banks did not study inside the four walls of a classroom at a fancy high school but had lessons online.

This is due to the fact that her family was always on the move until they finally settled in Boston, Massachusetts.

It was at Boston that Banks began her career buildup in wrestling by securing enrollment in a wrestling camp. She thereafter began her journey to fame by joining independent wrestling promotions.

First among such promotions was Chaotic Wrestling (CW), based in Woburn, Massachusetts. While at the promotion, Banks made her debut on the 1st of October 2010 with the ring name Mercedes KV and as a tag teammate to Nikki Roxx.

They were however defeated by Lexxis and Danny E. KV. Subsequent appearances saw Banks lose her first singles match to Danny E.

And months later, defeated Alexxis to clinch the Chaotic Wrestling Women’s Championship, a title she retained for the longest time in the history of the championship.

Banks simultaneously (all between 2010-2012) made significant strides in another promotion known as New England Championship Wrestling (NECW) by losing just one among many matches.

The same feat was also recorded at a professional wrestling organization called The National Wrestling Alliance (NWA), where she wrestled under the stage name Miss Mercedes.

The 18th of August 2012 was the date when Banks signed a contract with WWE and was transferred to its NXT developmental territory.

While at NXT, Banks adopted the stage name “Sasha Banks” and clinched her first televised victory by defeating Alicia Fox in January 2013.

She thereafter engaged in numerous singles and team fights until she became NXT Women’s Champion by defeating Charlotte in February 2015.

A year later, Banks stripped Charlotte of a much bigger belt; the WWE Women’s Championship title.

Banks is a married woman. We bring you factual details about her dating history including how she met and married her husband, Sarath Ton, also known as Kid Mikaze. For starters, there are no records of Sasha Banks’ past relationships.

More so, she admitted that taking care of her mother and brother took a whole lot of her time and left no room for romantic stints.

The wrestler finally found love when she met her husband-to-be and former wrestler, Sarath Ton on the independent wrestling circuit where they both worked together.

So much was Ton’s love for Banks that he moved to Tampa Florida with her after she got signed to WWE in 2012.

Banks and Ton kept their relationship beyond the far reach of media attention and in the same light, secretly got married in August 2016.

No child has been born of the marriage as the couples are more focused on deepening their roots in WWE.

Banks was born into a family of 6. We bring you factual details about her family life and relatives.

Banks dad is no other person but Reo Varnado. The wrestler’s father sings at nightclubs, owns a restaurant called Reo Ribs, with a few movie appearances to his credit.

Notwithstanding, he is the last person Banks would want to talk about. In fact, she considers him as her “birth father”, a term people use for an adopted or stepdad. Why so much resentment?.

It is largely because Reo has not been a good dad. He was occasionally in and out of Banks’ life, was abusive to her mum, ignored his children and to cap it all, paid no child support for the upbringing of Banks and her brother.

On the bright side, he is an uncle to rapper Snoop Dog whom he shares a close bond with.

Judith Varnado is Banks’ mother, and her first positive influence is notable for raising her in a religious manner.

Judith initially didn’t want Banks to become a wrestler but had no choice but to support her in light of the hardship being faced at the time. She still maintains a close bond with Banks and is one of her biggest fans.

Banks only sibling is her autistic brother who grew up to become handsome thanks to adequate medical attention and love from the wrestler and her mother.

Banks could have wished for a young sister too but lovingly settled for what was offered.

Meanwhile, there’s no ruling out the fact that Banks’ brother might soon make her become an aunt given his handsome looks and comported behaviour that makes him attractive to the female folks.

Banks also have a number of famous cousins that include Snoop Dog and Brandy Norwood from her father’s side. Added to the list are Ray J and Daz Dillinger.

Having gotten a clear picture of Sasha Banks’ rag-to-riches story, including her love and family life, it becomes important to have facts about Bank’s personality.

Nicknamed “The Boss”, Sasha Banks does not always go out of her way to make friends but maintains a very close relationship with the ones she has.

Banks also believes that unselfishness is worthwhile and patience is an important recipe for success. 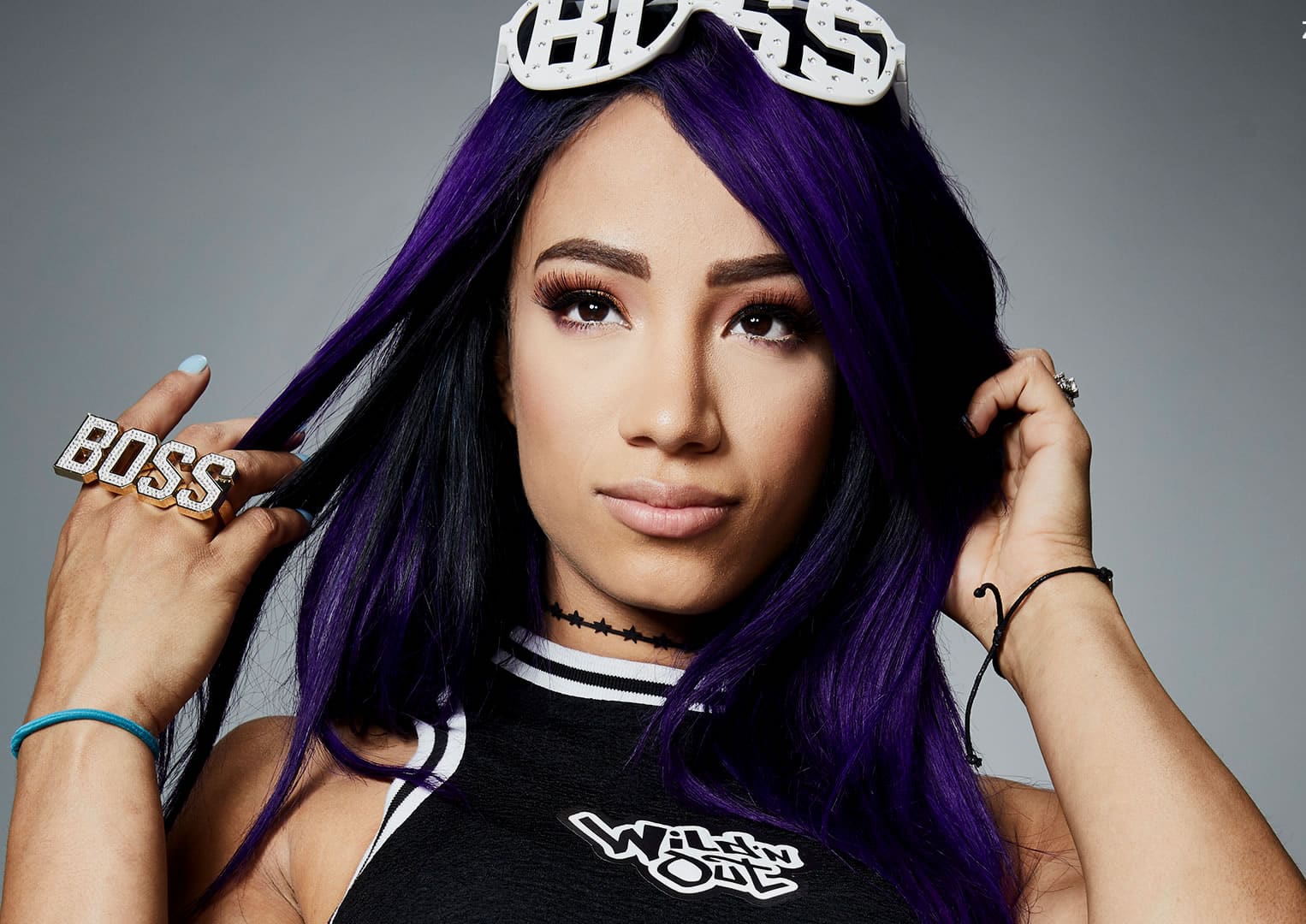 Away from her beliefs and proclivities, Banks is a strong advocate for women’s abilities and never ceases to stress that women can fare considerably well if given platforms to perform like their male counterparts.

Beyond her professional life, Banks has an interest in Japanese pop music and is a huge fan of anime and cartoons.

She also fancies dressing up as characters from her favourite movies, video games and TV shows. 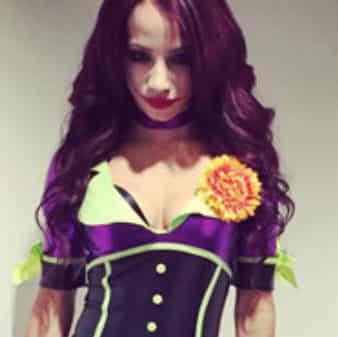 Banks hobbies include playing video games, watching movies and dressing up like her favourite characters.

Thanks for reading our Sasha Banks Childhood Story, plus untold biography facts.

At ChildhoodBiography, our team strive for accuracy and fairness to deliver you WWE Superstar’s Biographies.

Kindly stay tuned for more related stories from our WWE category. You may find some interest in the childhood story of Bobby Lashley, Charlotte Flair, Bill Goldberg and Lars Sullivan.