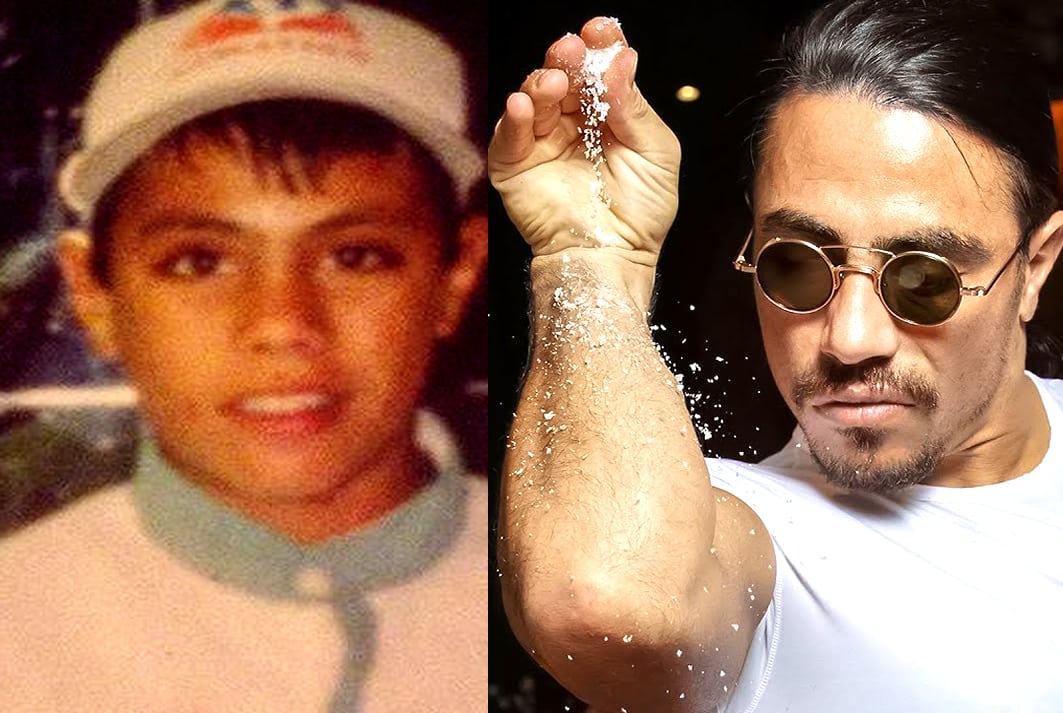 Childhood Biography presents the Full Story of a Turkish Chef who was born with the name “Nusret Gokce“.

Our Salt Bae Childhood Story plus Untold Biography Facts brings you a full account of notable events from his childhood time to date.

Yes, everyone knows of his theatrical style for sprinkling salt. However, only a few consider Nusret Gokce’s Biography, which is quite interesting. Now, without further ado, let’s begin.

For Biography starters, Nusret Gocke was born in 1983 at Erzurum, Turkey. He was born to his mother Fatma Gocke and to his father Faik Gocke (a coal miner).

Young Gocke was only 2 years old when his family moved from his birthplace in the Turkish eastern city of Erzurum to the coastal town of Darica.

It was at Darica that the young Turk was raised alongside his brothers Ugur, Ozgur and Erman.

Growing up as the son of a coal miner in Darica, Gocke practically lived a life of survival with his family.

As a result, the youngster was poor in every sense of the word, except for his optimistic view of life and desire to open a restaurant.

“I was always wishing and wishing to open up a restaurant”.

Recalled Gocke to NBC News. A few years later, Gocke’s education was forcefully brought to an end, availing the teenager an opportunity to transform his wishes to reality.

“I graduated from elementary school in 1994 when I was 13 years old. Thereafter, I quit school due to financial issues and started working as a butcher’s apprentice”.

Gocke spent the next 13 years of his life working as an apprentice for a local butcher at Kadıkoy district, Istanbul and at Turkish steakhouses.

“The sleeves on my coat were too long and my apron swept the floor. I had to stand on a water case to reach the counter.”

Recalls Gocke of his early beginnings.

2009 was the year that Gocke travelled to Buenos Aires, Argentina with a view to acquiring international knowledge about the meat industry.

It wasn’t long before he embarked on relentless moves towards travelling to the United States for ‘meat tourism’ and was finally successful, albeit for a short tour.

“Without much money, I travelled to Argentina to see the meat industry and after that, I wanted to travel to the United States, but I was refused a visa five or six times, but I never gave up and received a 3-month visa in late 2009″.

An enlightened Gocke returned to his country (Turkey) and opened his first restaurant known as Istinye Park Shopping Mall at Istanbul.

The restaurant had just eight tables and 10 employees until a Turkish businessman named Ferit Sahenk stopped by to eat and was impressed with the entire organization.

Sahenk invested in the nascent business thereby providing Gocke with ample capital that was used to start up more restaurants in locations that include Ankara Doha and Dubai.

Fast forward to date Gocke has no fewer than 13 restaurants around the world with over 600 employees.

Gocke was an established businessman known to a few elite and customers until the year 2017 when he became an internet sensation.

The development came after the chef posted an Instagram video that captured him slicing a steak and fancifully throwing salt on it.

The video was well-received, viewed over 10 million times, converted to gifs and shared by singer Bruno Mars.

“Actually that move at the end [salting] came automatically. I did not do that to show off. It is just my signature. You can think of it a kind of final touch for a painting. It was a final touch to the meat; I was blessing the meat”.

Not long after, lots of people and celebrities, including Leonardo di Caprio stopped by Gocke’s Nusr-Et Steakhouse in Abu Dhabi to watch him personally serve them with steak and perform the seemingly timeless theatrical sprinkling of salt. 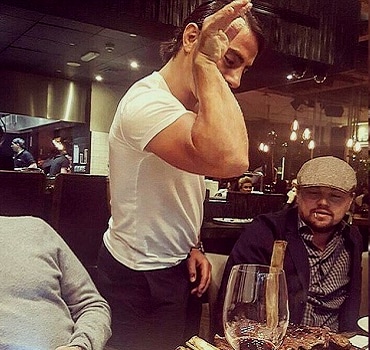 “The shape of the meat and the taste of it starting from the top down is a part of me. All of my feelings are coming from inside of the meat down to when I put the salt onto the meat”.

Notes Gocke about the spirit behind the famous move. The rest, as they say, is history.

Following Gocke’s rise to fame, many have speculated that he is married while some others misconstrued a photo he took with a bunch of younger relatives to be his children. 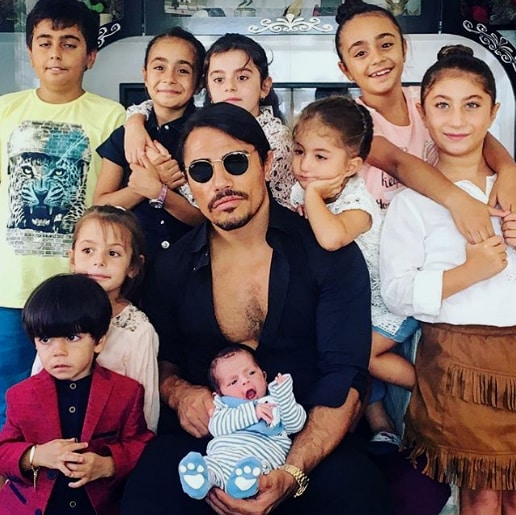 Responding Gocke noted that he is a single and focused chef. According to him:

“I’m single. I’m working so hard I don’t have time for a girlfriend. She’d want dedication, to go shopping, go to the movies. She might be OK in the first week, but the demands would come in. I can’t tell her to come and wait at the restaurant for 20 hours.” 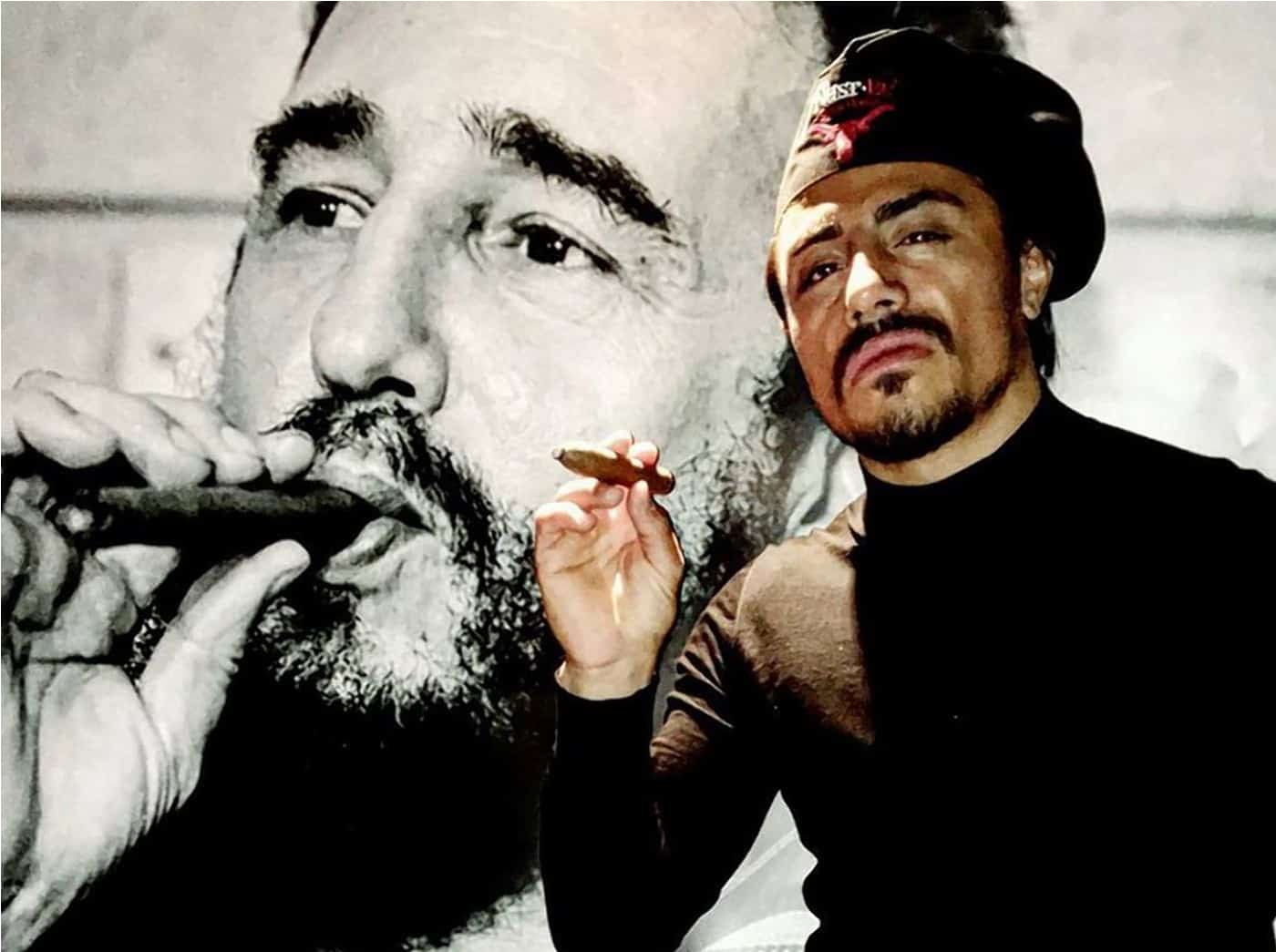 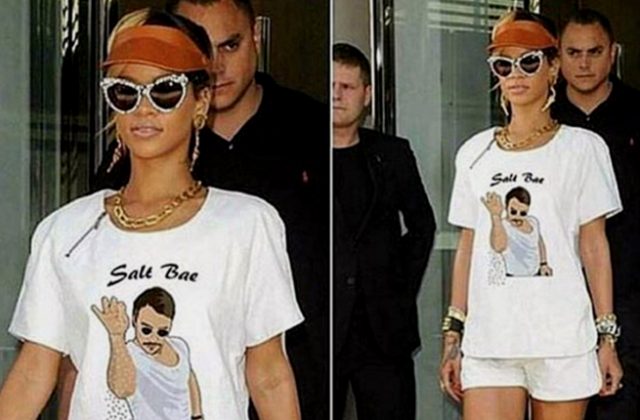 The Turkish butcher, chef, food entertainer and restaurateur is a focused and passion-driven chef who has spent the better part of his life around meat.

Notwithstanding he takes care of himself as evident in his ripped abs, swarthy black hair that can be easily converted to a man bun as well as a nicely groomed chiselled face.

It suffices to say that Salt Bae has an attractive personality which with apologies to Bruno Mars is “amazing just the way it is”.

Salt Bae is not one to engage in an ostentatious lifestyle, despite his rise to fame and associated benefits.

“My life hasn’t changed now. I still keep going to work from the morning until midnight.”

He reveals. The Chef who stays in hotels close to his restaurant begins his day with workouts after which he eats a protein-heavy diet.

He thereafter dashes to work, connect with his staff, do what he does best, returns home at midnight and sleep for only 4 hours. Tough act to follow?. Yes indeed. 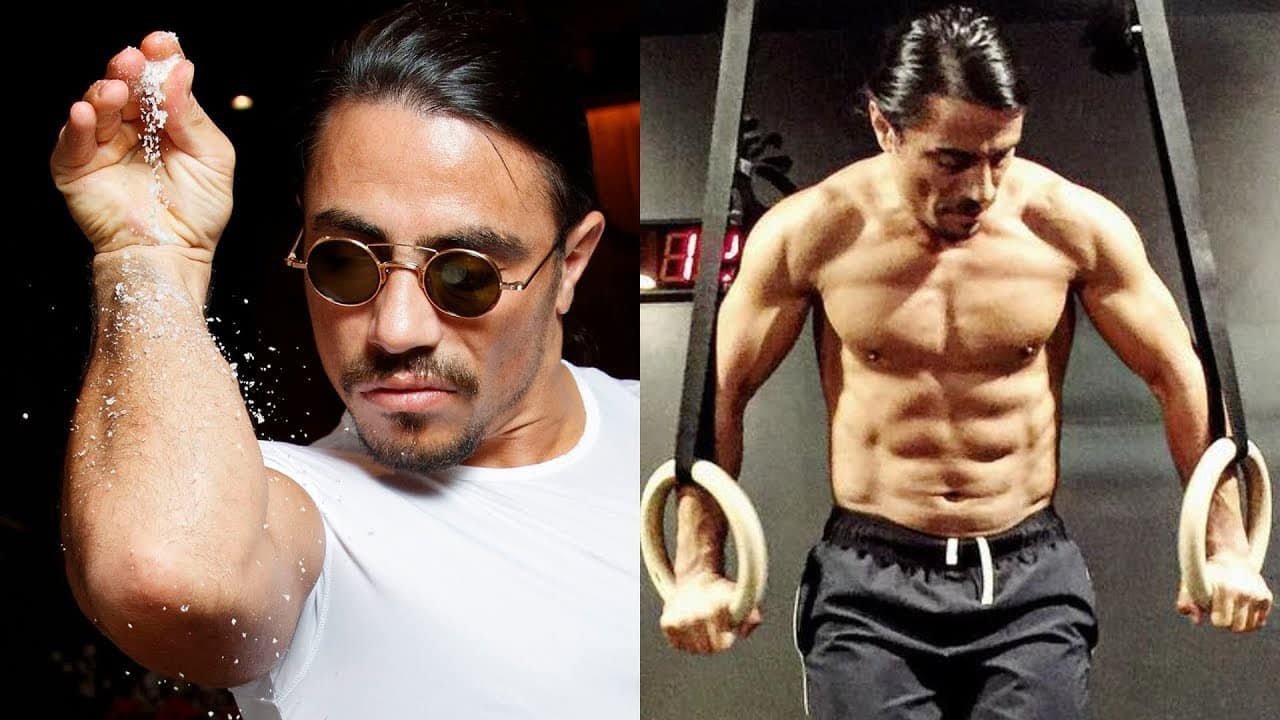