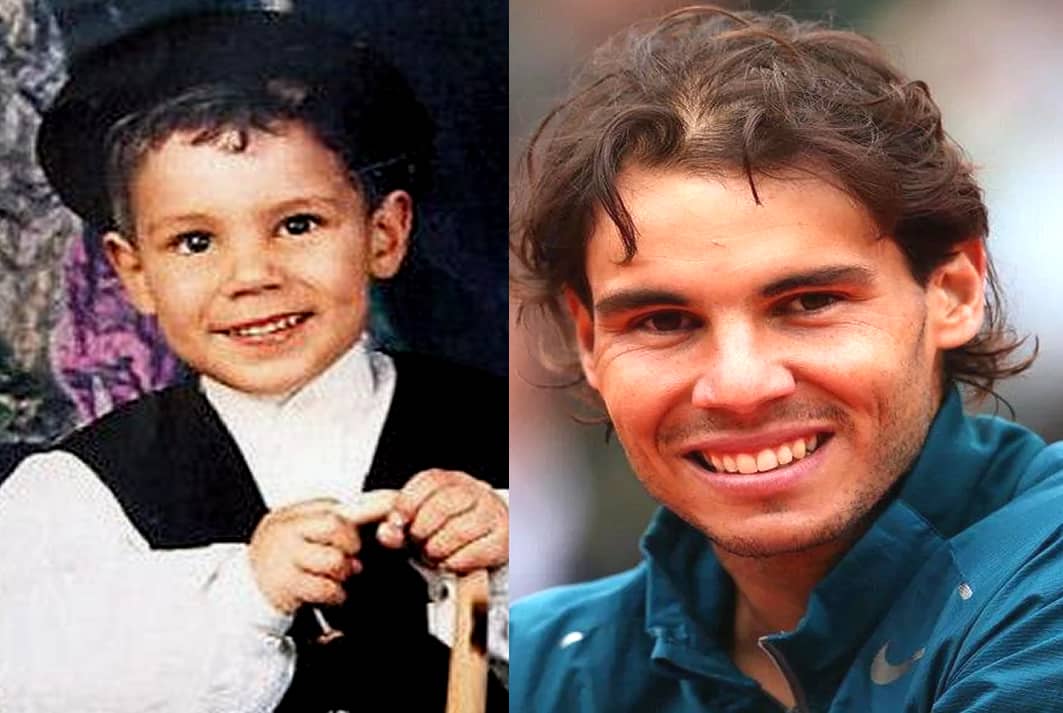 Our Rafael Nadal Childhood Story plus Untold Biography Facts brings to you a lot. We present a full account of notable events from his childhood time to date.

The analysis of Rafael Nadal’s Biography involves his life story before fame. Rafael Nadal’s family life, parents, lifestyle, personal life. His net worth and many off-pitch facts about him.

Yes, everyone knows of his dominance and impressive play on clay courts. However, only a few consider Rafael Nadal’s Biography, which is quite interesting. Now without further ado, let’s Begin.

For Biography starters, Rafael Nadal was born on the 3rd day of June 1986. His birthplace is at Manacor in the Balearic Islands, Spain.

Nadal was born to his father, Sebastián Nadal. His father is a businessman with an interest in Insurance, Manufacturing and Eateries. We picture him below with Rafael’s Mom.

Rafael Nadal’s mother, María Parera, was a trader who sold perfumes. At the time of his birth.

Nadal grew up in the Spanish City of Manacor. Back then, young Nadal did not only enjoy the loving company of his parents. He also enjoyed that of his extended family.

Both Uncles were of great influence on Rafael’s childhood. And their respective sporting endeavours rubbed off on young Nadal. A little boy who in no time got acquainted with Football and Tennis.

They also helped ensure that their Nephew had a memorable childhood. By taking along for pastime activities, including fishing.

Early on, Nadal’s father paid attention to his growing businesses. While his mother was focused on taking care of Rafael and his sister’s home needs.

When Rafael was aged four, his uncle Tony gifted him a racket that was fitted for his frail body and had his favourite colors.

Enticed by the gift, Rafael gradually accorded more attention to Tennis as uncle Tony drafted an intensive but fun program that would see him develop the body of an athlete. 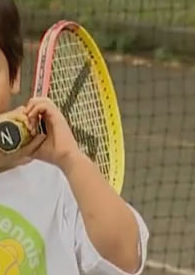 While Rafael Nadal dissipated energy between football and Tennis, his grades in school were not getting any better, a development which was of concern to his result centered business father. 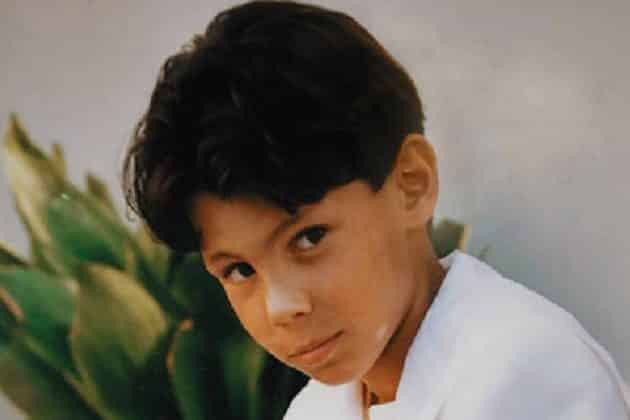 Among the numerous solutions, Sebastián implemented to ensure his son move up the Academic ladder was asking Rafel to focus on one sport. The young man chose Teniss and fast forward to date has everything to be happy about his choice. 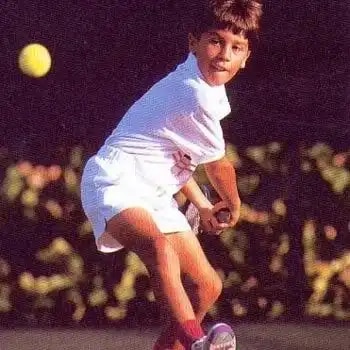 After years of intensive training supervised by his uncle and coach Tony, Rafael (before his teens) developed impressive playing skills characterized by swift movement across courts coupled with the mastery of using his left hand to execute one-handed forehand strokes.

At the age of 12, Rafael harnessed his acquired skills in winning the Spanish and European tennis titles in his age group (4 years after he won an under-12 regional tennis championship).

His heroics did not go unnoticed by the Spanish Tennis Federation who requested that Rafael move to Barcelona for the purpose of advanced training.

The Request did not go down well with Rafael’s parents, who feared that their son could be distracted from studies.

In addition, they believed training could be acquired anywhere and not a specific location, a point uncle Tony stressed by noting that:

“I don’t want to believe that you have to go to America, or other places to be a good athlete. You can do it from your home.”

Uncle Tony’s point was justified by events that unfolded after Rafael made his professional at 15, (pictured below) making it to the semi-finals of the Wimbledon junior tournament at the age of 16 after which he clinched victory for the National Tennis team of Spain at the Davis Cup when he was aged 18. 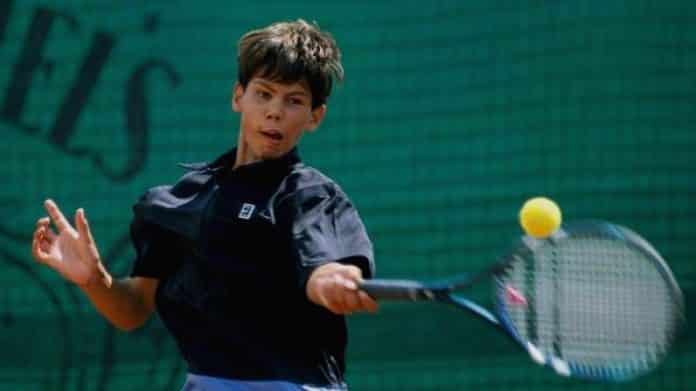 The subsequent participation in World Tournaments saw Nadal clinch more trophies, rise through ranks and become a formidable opponent to tennis geniuses including Guillermo Corio, Juan Carlos Ferrero, and Roger Federer whose rivalry with Rafael seems unending. The rest, as they say, is history. 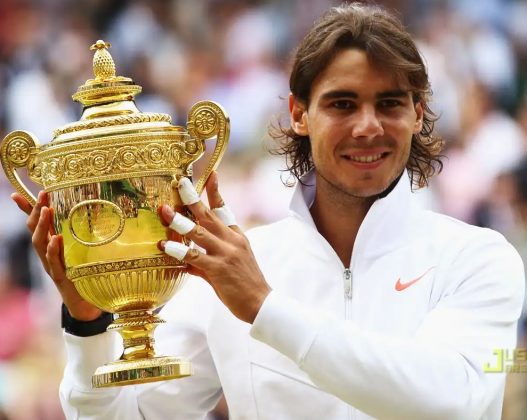 Rafael Nadal has been in a relationship with his girlfriend Xisca Perello – born Maria Francisca Perello, for a very long time.

The duo were said to have known each other a few years before they officially started dating in 2015. They are however yet to publicly announce an engagement or plans for marriage. 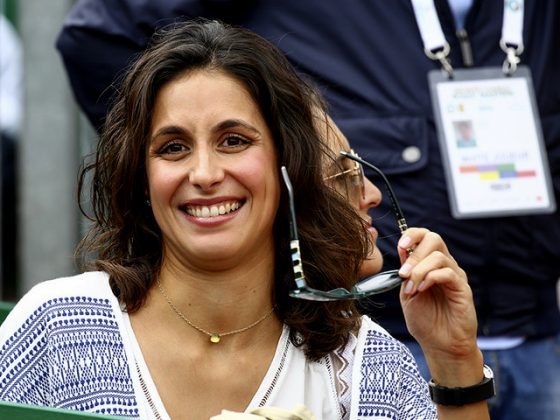 The 30-year-old Xisca is an insurance worker and business graduate. She lives a very private life and has decided to shun all social media, deciding to focus all her energy and attention on her relationship, career, and other charitable causes.

Xisca also serves as project director for the Rafa Nadal Foundation, a charity organization the tennis star launched a decade ago. 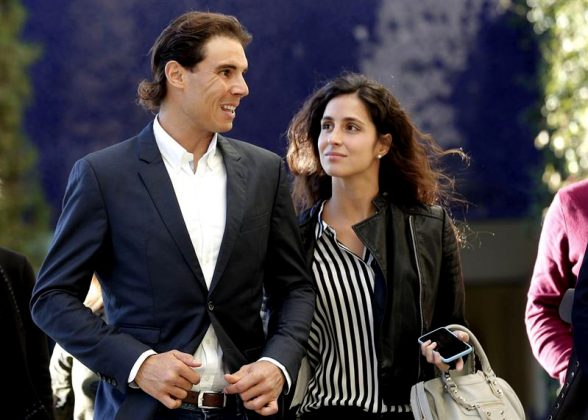 Rafael Was once asked what is the secret of having a long relationship is, considering his age and the world he lives in?.

Although his reply was succinct, it came off as the perfect cement that can hold bricks of relationship for eternity:

‘I will tell you how we do: comprehension, respect and especially a great independence.’

Corroborating his statement, Xisca, in an interview with The Telegraph in 2011, said:

“He needs his space when he is competing, and the idea of me hanging around and waiting on his needs all day tires me out. It would asphyxiate me. And then he would have to be worrying about me… No. If I followed him everywhere, I think there’s a risk we might stop getting along.”

Rafael Nadal was born into an organized sport-loving family. Sit back as we give factual details about members of his family.

First is an insurance company, he also owns a glass and window company, Vidres Mallorca, as well as a restaurant, Sa Punta. 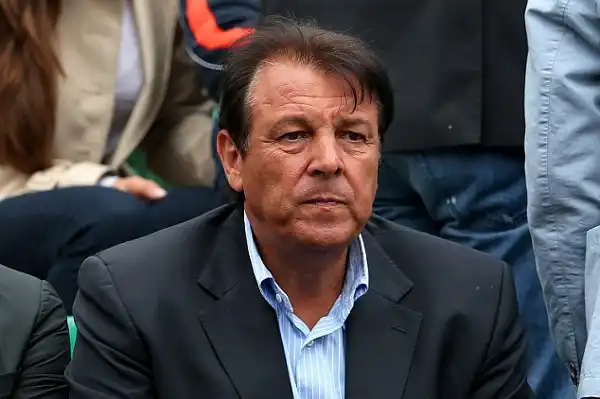 In 2009, it was reported that he separated from his wife. That same year, Nadal lost the French open and speculations were rife as to if the separation affecting his performance.

While commenting about the event, Nadal wrote,

“They were the mainstay of my life and that pillar had crumbled. I was depressed, I lacked enthusiasm. I had lost all love for life”.

The couple, however, got back together in 2011.

Rafael’s mum, Ana María Parera, is a housewife as well as the President of the Rafa Nadal Foundation.

She has been always supportive of not just her son’s career but his education as well. 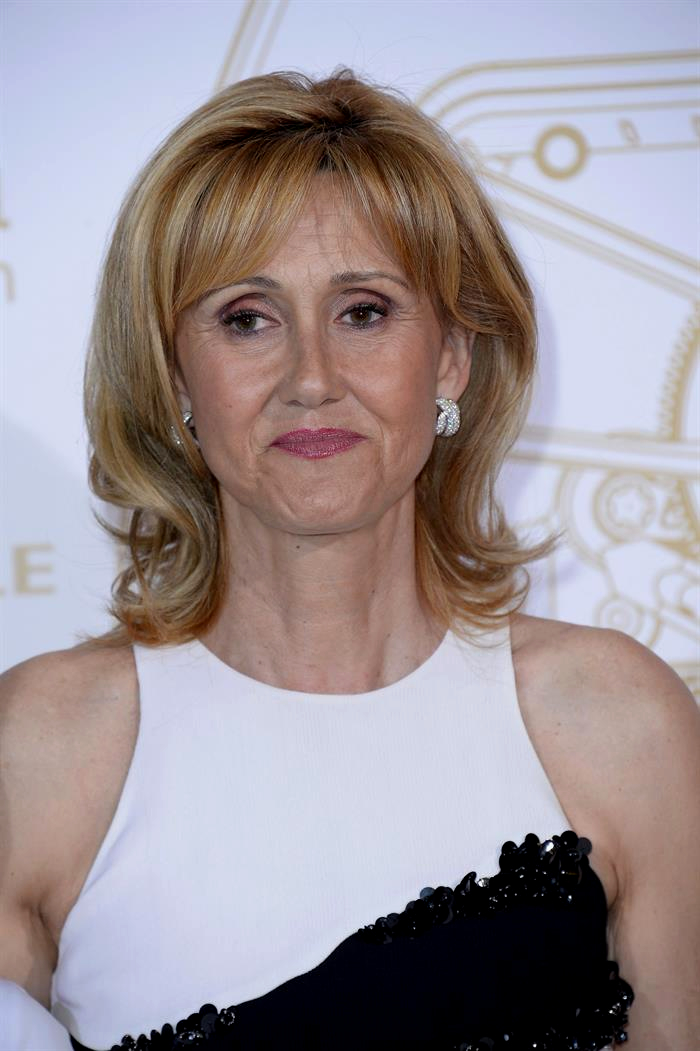 María Isabel is the younger sister of the current tennis no. 1. She is five years younger than Rafael and is also known as Maribel.

She has been very supportive of Nadal in his career as she is always seen attending his games. On her relationship with her brother, she once wrote,

“He’s always urged me to come along when he goes out with his friends. It’s natural to us, even if others might sometimes find it strange, and it’s part of the secret of our special bond.” 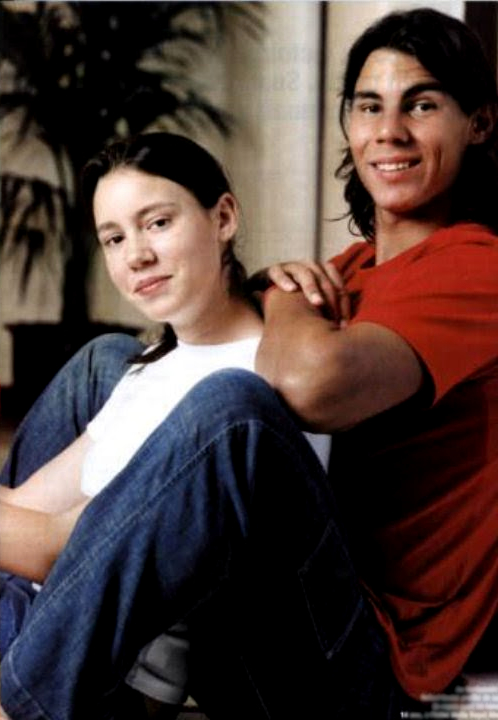 The “king of clay” has got uncles including Miguel Ángel Nadal (pictured below), who is a retired professional footballer, he had stints with clubs like RCD Mallorca, FC Barcelona, as well as the Spanish national team. 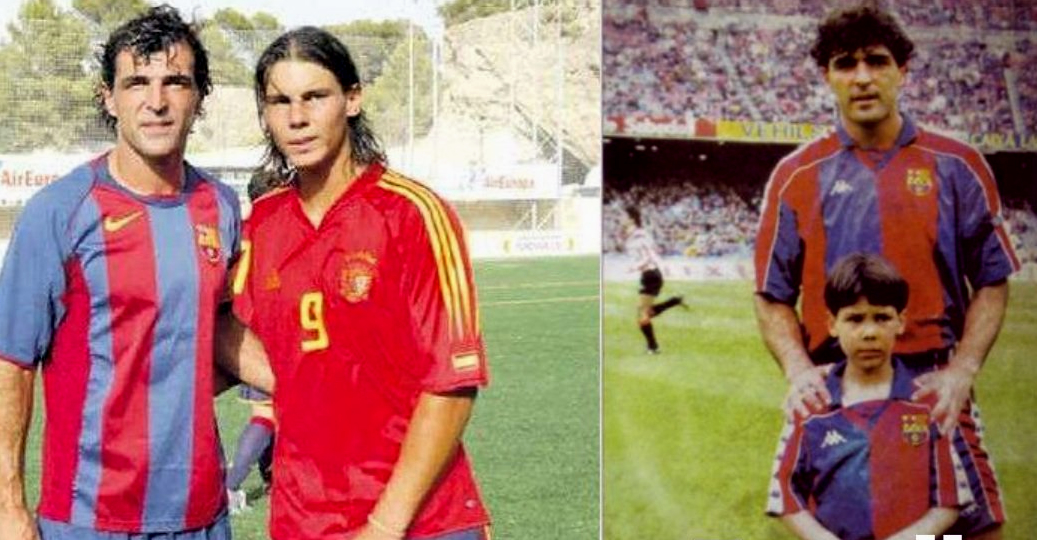 Rafael’s paternal uncle, Toni Nadal, (pictured below) is a former professional tennis player. He recognized a raw talent in Rafael and introduced him to the game of tennis when he was just three years old and remained his coach until 2018. 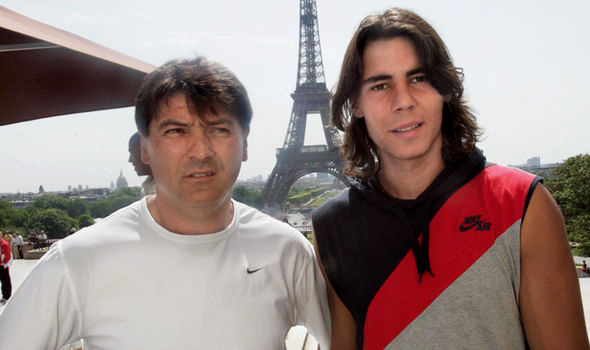 Talks about the rivalry between both professional tennis players who have dominated tennis for almost two decades has been in the public domain for some time now. The pair currently holds the top positions in the ATP Rankings and they are also widely considered as the two greatest players of all time.

The Federer- Nadal rivalry is akin to that of Messi – Ronaldo rivalry in the game of Football, as both players have been in the public court to determine who the greatest is. The Tennis player’s rivalry has been described by many as the greatest in the history of the game of Tennis. 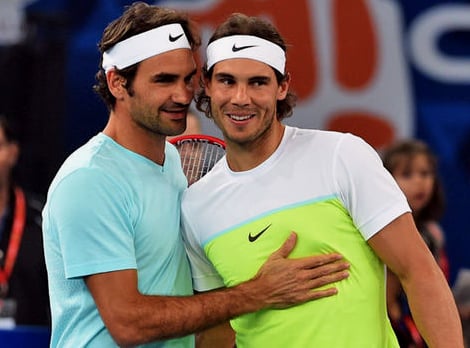 They have both have 38 Grand slam titles between them, but Nadal has always won the head-to-head record 23-15 despite having three fewer Majors.

The 2017 Shanghai Masters is the most recent final where both players met. Nadal has won 9 out of their 12 meetings in majors.

Even as the Spaniard-Nadal is trying to match Federer’s record, he speaks about his true feelings for his arch-rival in the documentary Strokes of Genius.

“It has always been a positive relationship, a lot of respect, we shared a lot of important moments for both of us and we always did it in a good way. It’s something I am proud.”

Outside the world of tennis, Nadal enjoys playing the game of football, golf as well as poker.

He once, in April 2014, played against the world’s No.1 female poker player, Vanessa Selbst, during a poker game in Monaco. He also supports football clubs, Real Madrid and RCD Mallorca.

FACT CHECK: Thanks for reading our Roger Federer Childhood Story plus untold biography facts. At ChildhoodBiography, we strive for accuracy and fairness. If you see something that doesn’t look right in this article, please place your comment or contact us!