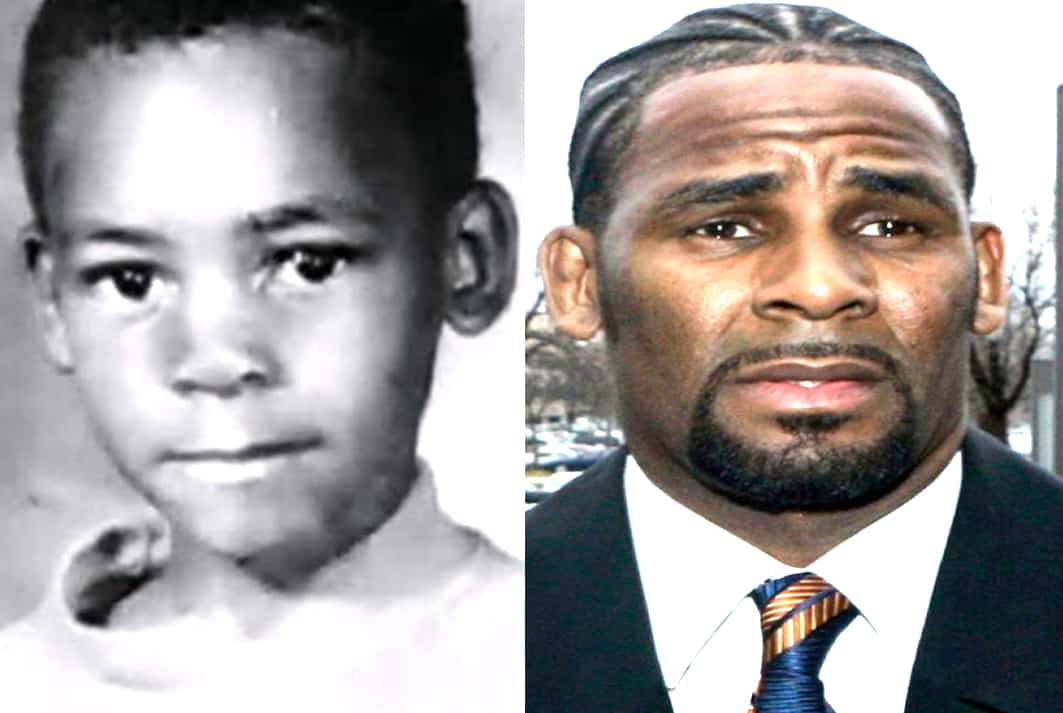 Our R Kelly Childhood Story plus Untold Biography Facts brings you a full account of notable events from his childhood time to date.

Yes, everyone knows he is one of the best-selling music artists of all time. However, only a few consider R. Kelly’s Biography, which is quite interesting. Now, without further ado, let’s begin.

Starting off, Robert Sylvester Kelly was born on the 8th day of January 1967 at Chicago, Illinois, United States. He was the third of 4 children born to his mother, Joanne Kelly and to his father Kelly.

The American national of black ethnicity with Afro-American roots comes from a lower class family background and was single-handedly raised by his mom Joanne at the Ida B. Wells Homes public housing project in Chicago’s Bronzeville neighbourhood.

Kelly never had a father figure in his life owing to the fact that his dad was entirely absent from his early life, childhood and adolescence.

Kelly grew up in Chicago alongside his older siblings Theresa, Bruce as well as his younger brother Carey.

Growing up as a kid, Kelly loved accompanying his mother to church and soon began singing in a church choir when he was aged 8. 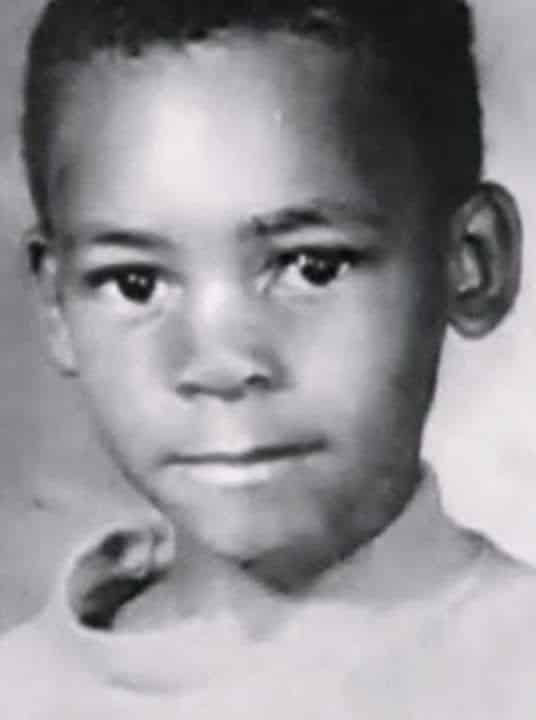 It was at the same age that Kelly was sexually abused by an 18-year-old woman. The then naive kid was too scared and ashamed to tell anyone. As a result, he was frequently abused until he was aged 14.

Away from Sexual abuse, 11-year-old Kelly became a victim of the then-pervasive violence in Chicago after he was shot in the shoulder by a gang while riding his bicycle home.

The gang stole Kelly’s bicycle leaving him to die in his pool of blood. Kelly survived the attack and resumed school not long after.

It was at the same school that Kelly’s high school music teacher, Lena McLin recognized his talent for music and encouraged him to focus on singing.

However, Kelly was not willing to ditch high school basketball for music until he participated in a talent show where he impressed by singing Stevie Wonder classic, “Ribbon in the Sky”. It was after the performance that Kelly knew he was meant to be a singer.

Therefore, Kelly set aside his interests in basketball and worked towards building a career in music.

He soon dropped out of high school and began performing in the streets under the Chicago Transportation Authority “L” tracks.

By the time Kelly was aged 22, he formed his first musical group MGM (Musically Gifted Men) in 1990.

The group which was co-founded by his friends Marc McWilliams, Vincent Walker and Shawn participated in the talent TV show Big Break, hosted by Natalie Cole. MGM beat competition from other participants to win the show’s $100,000 grand prize.

Thereafter, MGM recorded and released the single ‘Why You Wanna Play Me’ before they disbanded in 1991.

Shortly after the disbandment, Kelly got signed to Jive Records and teamed with a new group from Chicago called Public Announcement.

Subsequent Musical endeavours saw Kelly take a step close to fame with the release of his first album ‘Born into the 90’s’ in 1992.

The album, which had Public Announcement Group as his backup singers contained impressive R&B hits and was certified platinum.

Kelly was thereafter involved in musical tours with Public Announcement before he separated from the group in 1993.

The separation enabled him to work on his first solo album “12 Play”, which was released on November 9 that year and turned out to be more successful than ‘Born into the 90’s’.

Following the success of “12 Play”, Kelly became a much sought after songwriter and producer whose writing services were secured by Aaliyah for the entire songs of her album “Age Ain’t Nothing But a Number”. In addition, Kelly remixed songs for other artists like Barry White and Toni Braxton.

He was also credited for Composing the hit song “You Are Not Alone” in 1995, an endeavour that secured him a Grammy nomination.

1995 was the year in which R-Kelly released his first self-titled album, ‘R. Kelly’. Although the album had successful hit songs it wasn’t commercially successful as the “R” album was released 3 years later in 1998.

R-Kelly has been married twice. We bring you details about his dating history, failed marriages, current relationship status and alleged s3xual abuse.

Starting off, Kelly was only aged 8 when he had his first girlfriend named Lulu. The childhood lovers were separated after Lulu got drowned in a creek and was found lifeless downstream.

In the course of his career buildup, Kelly dated numerous women before he was secretly married to late American singer Aaliyah in 1994.

Kelly’s marriage to Aaliyah would later become a major scandal owing to the fact that the late singer was an underaged 15-year-old at the time. The duo’s marriage was annulled by Aaliyah family in 1995. 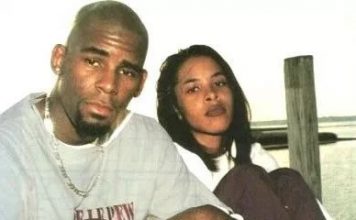 The celebrity singer was thereafter married to Andrea Lee in 1996. Prior to the marriage Andrea was Kelly’s backup singer and was from all indications not underaged.

Within the period of Kelly’s marriage with Andrea, the singer was charged with 14 counts of s3xual abuse against women and minors.

He was however not found guilty of the alleged misconduct by a Chicago jury in 2008. Notwithstanding, the acquittal did not put an end of allegations of s3xual abuse levelled against Kelly.

He was in 2017 accused of holding the daughters of three parents in an abusive cult while his former partner accused him of intentionally infecting her with a sexually transmitted disease.

At the peak of these allegations protesters highjacked venues of Kelly concerts/performances, his record label distanced itself from him while music streaming services like Spotify stopped promoting Kelly’s music on their platform.

The allegations of s3xual abuse reached an all-time high in 2019 as a documentary titled “Surviving R. Kelly” chronicled the alleged sexual misconducts from victims of Kelly’s alleged sexual abuse.

Kelly continues to deny the accusation, a development that has taken a toll on his relationship with members of his family who are cutting ties with him.

In the same light, His eldest daughter Joann Kelly now identifies as Buku Abi and took to Instagram to describe her dad as a monster.

In the wake of these accusations, Kelly is now single at the moment. His recent and serious relationship was with a 19-year-old model, Halle Calhoun. Halle has also cut ties with the singer and does not like to be associated with him.

R-kelly was born into a lower-class family of 5. We bring you factual details about members of his family.

Little is known about Kelly’s father who was absent from Kelly’s early life. Neither has he surfaced following Kelly’s rise to fame and the family do not speak about him to the press.

Joanne is Kelly’s mom. She was a singer who raised Kelly as a single mother and often took him to a Baptist church where Kelly started singing.

Kelly was extremely close to his mother until she died of cancer in 1993. Following her death, Kelly named his first daughter Joanne to honour his late mother’s memory.

R-Kelly grew up with his siblings Theresa, Bruce and Carey. Little was known about Theresa until late 2018 when R-Kelly’s younger brother Carey revealed that they (Carey & Kelly) were both sexually abused by Theresa.

Bruce is Kelly’s older brother, born in 1965. Bruce lives in Chicago, and he is a father of two kids.

Last but definitely not the least is Carey (born 1971). He is the youngest member of Kelly’s family and has 6 children.

Kelly is yet to talk about his relations. Neither has any made an effort to identify with the singer in the wake of alleged sexual misconduct levelled against the singer.

Personal Life away from Music:

What makes R. Kelly tick? sit back as we bring you makings of his personality to help you have a complete picture of him.

To begin with, his persona is a blend of the ESFP (Extraversion (E), Sensing (S), Feeling (F), and Perception (P)) traits. He is outgoing, social, and present-oriented and expresses himself with so many emotions.

The singer has comprehensible tattoos on both arms. His hobbies include playing and attending basketball games, especially in high schools and street courts, teeming with young girls.

R.kelly net worth has shocking plummeted from an all-time high of $150 million to just $1 million. He is no thanks to legal troubles and untried allegations, bleeding at all fronts.

The singer has not been able to sell tickets for his tours nor does he make money from his past masterpieces.

Kelly confirmed his financial woes in his latest track, “I admit,” by revealing that he does no longer have a personal house and desperately needs a tour to raise money for house rent.

He also admitted to owing the IRS as much as $20 million, a development that forces him to accept handouts from his record label.

Kelly continues to struggle financially and lives the life of a lower-class citizen. Just recently Kelly was detained for owing his former wife Andrea child support.

He would have remained under detention if an anonymous benefactor had not paid his debt amounting to $161,000.

Reason for his greatest song:

Regarding his religion, the Singer is a Christian and worships at a Baptist church. More so, the titles of some of his tracks scream religion. They include “Heaven, I Need a Hug,” “Prayer Changes,” “Religious,” “Spirit”, among others.

Thanks for reading our R Kelly Childhood Story plus untold biography facts.

At childhood biography, we strive for accuracy and fairness in our quest to deliver you the Life history of Singers. Surely, the Biographies of Madison Beer and Jennie Kim will excite you.