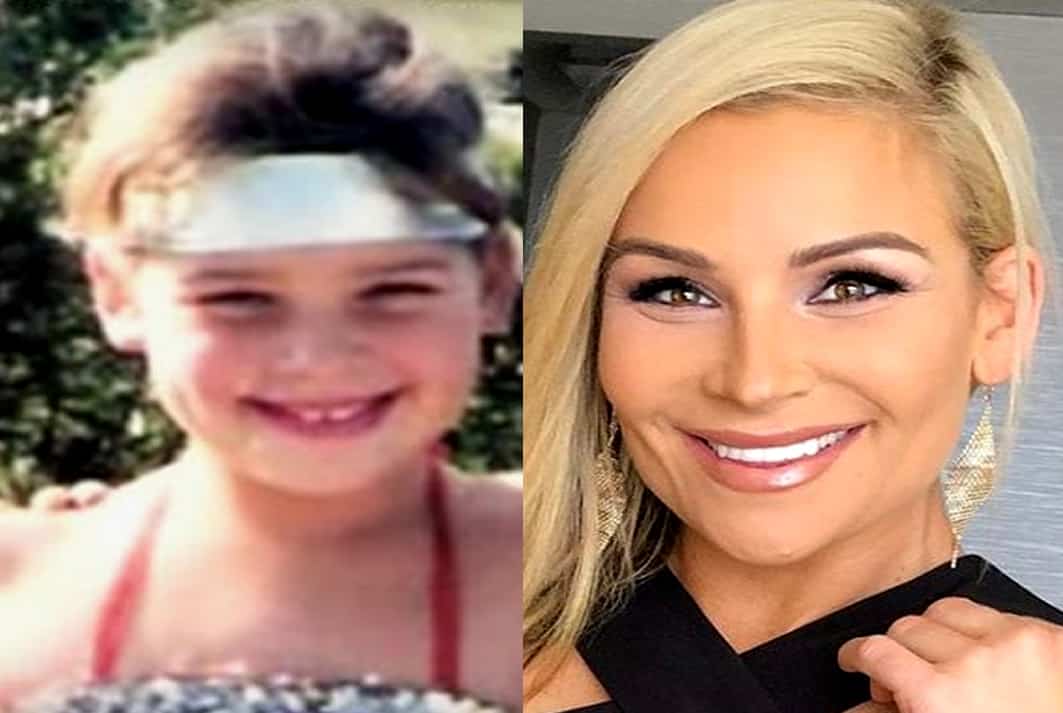 Childhood Biography presents the Full Story of a Canadian-American wrestler with the nickname “Nattie“.

Our Natalya Neidhart Childhood Story plus Untold Biography Facts brings you a full account of notable events from her childhood time to date.

The analysis of the Canadian WWE superstar involves her early life, life story before fame, family background and personal life. More so, other OFF and ON-Screen little-known facts about her.

Yes, everyone knows she is one of the best female wrestlers in WWE. However, only a few consider Natalya Neidhart’s biography which is quite interesting. Now, without further ado, let’s begin.

Starting off, Natalya (christened Natalie Katherine Neidhart-Wilson) was born on the 27th day of May 1982 in Calgary in Canada. She was born to her mother, Ellie Hart and to her father, Jim “The Anvil” Neidhart.

The American and Canadian national of white ethnicity with Greek roots was raised by parents in Calgary in Canada. She grew up in the town with her older sister Jennifer and younger sister Kristen.

Growing up at Calgary, young Natalya was surrounded by influences in wrestling.

Her father Jim “The Anvil” was a wrestler while her mother Ellie Hart was the daughter of Stu Hart, a legend in the sport and founder of Stampede Wrestling.

Similarly, her maternal uncles Ross and Bruce Hart were wrestlers while her cousins Harry, Teddy, Matt, and Mike all grew up to become wrestlers.

It was only natural for Natalya to grow up practising wrestling and establish herself as a member of the formidable Hart wrestling family decades later.

While at the respective schools, Natalya was not known to participate in any school sports.

However, she was trained in wrestling by her uncles, Ross and Bruce at the Hart family Dungeon after school hours.

Upon graduation from Bishop Carroll High School in 2000, the wrestling prodigy acquired training in Jiu-Jitsu and amateur wrestling.

Natalya also participated in dance and gymnastics before she briefly worked for manufacturers of vacuum cleaners – Kirby vacuum as a sales representative.

Natalya started her career in wrestling by serving as host and ring announcer of MatRats promotion between 2000 to 2001. It wasn’t until 2003 that she made her debut for her family’s promotion Stampede Wrestling.

While at the promotion Natalya started a feud with Belle Lovitz whom she would later team up with for several intergender matches.

Subsequent wrestling endeavours saw Natalya wrestle for Prairie Wrestling Alliance before accepting bookings for tours in England and Japan between 2004-2005.

Natalya signed with World Wrestling Entertainment (WWE) in January 2007 and was assigned to their developmental territory known as Deep South Wrestling.

She had a few matches at the territory for the first half of that year before being subsequently transferred to Florida Championship Wrestling (FCW) and Ohio Valley Wrestling (OVW).

It was at the OVW that Natalya made her debut as a member of the Next Generation Hart Foundation, accompanying her cousins Teddy Hart and Harry Smith for tag team matches.

Natalya made her main roster debut in SmackDown on the 4th of April 2008 by coming out of the crowd to aid Victoria in an attack against McCool and Cherry.

The gesture secured her an alliance with Victoria with whom she teamed up with for several matches.

At the peak of her tag team matches, Natalya helped the Hart Dynasty win the Unified WWE Tag Team Championship from The Miz and The Big Show in April 2010.

She was also involved in several single matches which culminated in defeating McCool and Layla to win the WWE Divas Championship.

Natalya is a married woman. We bring you details about her marital life including how she met and married her husband and wrestler, TJ Wilson (with ring name, Tyson Kidd).

The couple started out as childhood sweethearts who knew each other ever since Natalya was 10 years old.

Tyson Kidd played important roles in the wrestler’s life including teaching her a lot of wrestling moves at the Hart family Dungeon and serving as her manager years later.

They eventually tied the knot in June 2013 after 12 years of dating. No child is yet borne of their union as the couples are still undecided about having children.

Natalya was born into a family of 5. we bring you factual information about members of her family.

Jim “The Anvil” Neidhart is Natalya’s dad. He was born in February 1955.

Natalya’s father, Jim, pursued a career in the National Football League (NFL), playing for Oakland Raiders and Dallas Cowboys before he had a legendary career in wrestling.

Until his death in August 2018, Jim was a loving husband to his wife and a supportive father to his daughters including Natalya whom he once teamed with for an intergender match against Lovitz and Apocalypse.

He also appeared with her on the reality television show – Total Divas.

Ellie Hart is Natalya’s mom. She is the daughter of wrestling legend Stu Hart and the founder of Stampede wrestling.

Ellie met her husband Jim while he was working for Stu Hart’s Stampede Wrestling between 1978 to 1983. They tied the knot in 1985 and remained married until Jim’s death in 1984.

Ellie shares a close bond with Natalya who never ceases to celebrate her and share photos of them together on Instagram. She is also close to Natalya’s two siblings Jennifer and Kristen.

Natalya has just two sisters and no brother. Her older sister Jennifer is a gourmet chef and caterer. On the other hand, her younger sister Kristen with the nickname “Muffy” is a teacher in Florida.

What do you know about Natalya Neidhart beyond her in-ring endeavours? sit back as we bring you makings of Natalya’s personality to help you get a complete picture of her.

To begin with, Natalya has a lovely and extroverted personality which endears her to many. The trait also accounts for her activeness on Instagram where she has over 10k posts.

She is a passionate lover of cats and even has an Instagram page dedicated to her cat 2pawz Makaveli.

Her hobbies including travelling, writing and being active on social media platforms.

With an estimated net worth of $2.2 million, Natalya lives with her husband Tyson Kidd at their little known residence in Tampa Florida.

She is not given to an ostentatious lifestyle, neither is she big on show biz.

Notwithstanding has a number of decent cars to match her diva persona including a BMW which Tyson Kidd gifted her to celebrate their 4th wedding anniversary in June 2017.

The injury came a year after her husband, Tyson Kidd suffered a life-threatening spinal cord injury during a heated match against Samoa Joe.

She’s also the first female wrestler in WWE to have a competed in 300+ televised matches.

What’s more?, she is the first woman in WWE history to hold both the Divas Championship and the SmackDown Women’s Championship.

At ChildhoodBiography, we strive to deliver you WWE Superstar’s Biographies.

Kindly stay tuned for more related stories from our WWE category. You may find some interest in the childhood story of Daniel Bryan, Lars Sullivan, Nia Jax and Bobby Lashley.