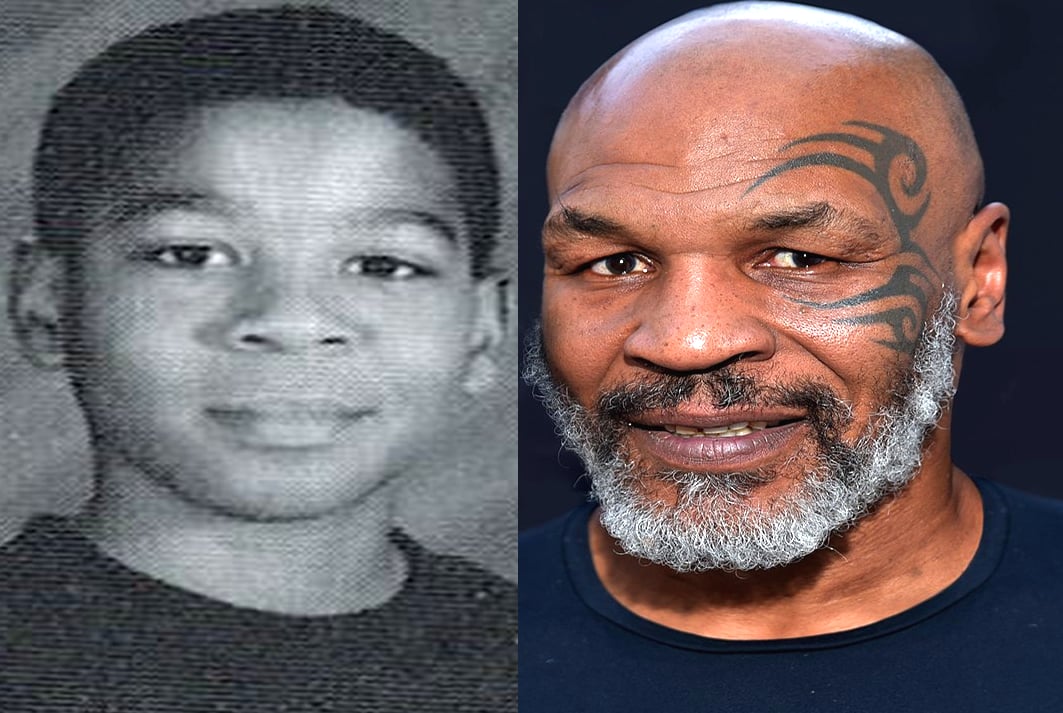 We present the Full Story of a boxing legend with the nickname “Iron Mike“.

Our version of Mike Tyson’s Biography and Childhood Story brings you a full account of notable events from his childhood time to date.

Yes, everyone knows he is one of the greatest heavyweight boxers in history. However, only a few consider Mike Tyson’s biography which is quite interesting. Now, without further ado, let’s begin.

For Biography starters, Michael Gerard Tyson was born on the 30th day of June 1966 at Brownsville, in Brooklyn, New York.

He was the third of three children born to his mother, Lorna Smith and to his father, Jimmy Kirkpatrick. Behold, Mike Tyson’s parents.

The American national of Black ethnicity with Afro-American and Jamaican roots was a few months old when his father abandoned the family.

As a result, Tyson was single-handedly raised by his mother at Brownsville where he grew up alongside his older brother, Rodney Tyson and elder sister, Denise Anderson.

Growing up at Brownsville which was notorious for its high crime rate at the time, young Tyson was a victim of bullying and was often robbed by boys older than him, a development that made him feel uncomfortably powerless and vulnerable.

By the time Tyson was aged 8, he was conscripted into a gang where he established himself as a home burglar and pick-pocket.

It wasn’t long before he incorporated street fighting into his notorious trade with a view to defending himself when the need arose.

Asides from being a street fighter Tyson was also a drug user. He first tried cocaine when he was aged 11 and went on to engage in its illicit abuse for many years.

Spending time in Juvenile facilities soon became normal for the youngster that he would years later describe it as a “time-share”.

In fact, it was in one of such juvenile facilities called “Tryon School for Boys” that Tyson had part of his high school education as well as exhibited boxing skills that caught the attention of a juvenile detention centre counsellor known as Bobby Stewart.

It was Bobby Stewart who honed Tyson’s boxing skills before introducing the boxing prodigy to a seasoned manager and trainer, Cus D’Amato.

Under D’Amato guidance, Tyson matured to become a successful amateur boxer and was found to be of worthy character.

He secured a place in the 1981 Olympics where he won a gold medal by beating Joe Cortez.

Proving that his initial success was no fluke, Tyson clinched his second gold medal by defeating a certain Kelton Brown in the 1982 Olympics.

At the peak of his early career endeavours, Tyson went against Henry Tillman twice but failed to defeat the American.

1984 was the year which Tyson lost his trainer to the close hands of death.

Amato’s death was particularly devastating for Tyson owing to the fact that the late manager doubled as a guardian or surrogate father who gave Tyson’s life a fruitful direction.

As a manager, Amato would always affirm that Tyson was “The best fighter in the world” and the youngster matured in that accord.

Little wonder many were quick to ascribe Tyson’s subsequent troubles to the cessation of positive influences that were previously provided by Amato.

Moving on, Tyson turned professional in 1985 and made his professional debut as an 18-year-old on the 6th of March that year.

He had 28 fights in his debut year and won 26, establishing himself as a prospect for the heavyweight championship title.

After winning his first nationally televised fight against Jesse Ferguson in February 1986, Tyson added 6 more knockout victories to his record before defeating Trevor Berbick in a heavyweight championship title match on November 22 1986.

With the victory, Tyson, aged 20 years and 4 months, became the youngest heavyweight champion in history.

Mike Tyson has been married thrice. We bring you facts about his marriages and current relationship status.

To start with his past marital life, Tyson was first married to American actress, Robin Givens.

Theirs was a union that only lasted for a year (1988-1989) before they went separate ways. As a result, no son(s) or daughter(s) was born of the union.

Years after his first marriage, Tyson began dating paediatric resident, Monica Turner. They got married on the 9th of April 1997 and went on to have two children – Rayna Tyson (daughter) and Amir Tyson (son) – before their divorce in 2003.

Regarding his current relationship status, Tyson is married to Lakiha Spicer. The couples who walked down the aisle in June 2009 have been through thick and thin over the years but found reasons to stick together.

Their marriage is blessed with two children. They include a daughter, Milan Tyson (now late) and a son, Morocco Tyson.

It is important to note that Tyson also has children out of wedlock. They include Mikey Lorna Tyson (his first daughter) Miguel Leon Tyson (son) and Exodus Tyson ( daughter).

Mike Tyson comes from a lower-class family background. We bring you facts about his family life.

Jimmy Kirkpatrick was Tyson’s dad. He left the family shortly after Tyson’s was born.

As a result, the retired boxer has no memories of his biological father. Notwithstanding, Jimmy was known to be a top baseball player during his youth and an easy going person until his death in 2001.

Lorna Smith was Tyson’s mom. Unlike most mothers, she had a negative influence in Tyson(s) life and reportedly fed him drugs and alcohol during his early life.

Though Tyson loved his mother, he recalls that his love was not reciprocated, Neither was he appreciated by his mom in the course of recording success until her death in 1982.

Mike Tyson has just a brother and sister. They include his older brother Rodney Tyson and elder sister Denise Anderson.

Rodney is five years older than Tyson and works as a Trauma Surgeon while Denise was Tyson’s only sister.

She was reportedly close to the retired boxer during his troubled childhood and maintained close ties with him until she died of cancer in 1990.

Away from Tyson’s immediate family little is known about his paternal grandparents as well as his maternal grandfather and grandmother.

Similarly, there has been no mention of his aunts, uncles, nieces and nephews. Neither has his cousins been identified in notable events from his childhood time till date.

Personal Life away from Boxing:

What makes Mike Tyson tick?. Sit back as we bring you makings of his personality to help you get a complete picture of him. To begin with, Tyson’s persona is a blend of Cancer Zodiac traits.

He is introverted, resilient, calm, emphatic and unreservedly give out information that relates to his personal and private life.

His interest and hobbies include pigeon racing, rearing exotic pets, playing chess and spending quality time with his friends and family. 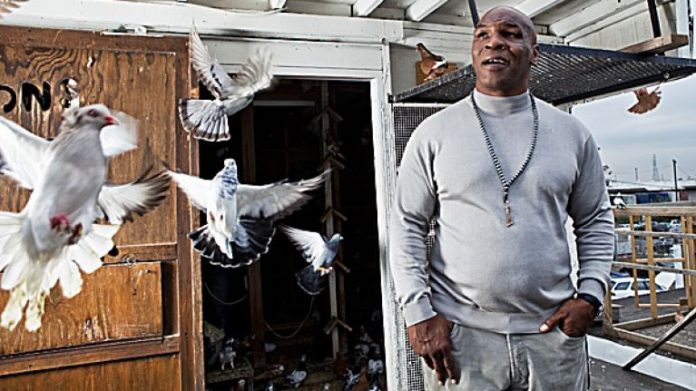 The Boxing Legend has an estimated net worth of $3 million at the time of writing. At the peak of his boxing career, Tyson used to be worth over $300 million but lavishly spent the money and declared bankruptcy in 2003.

However, the legend keeps devising the means to keep his head above water as he lives a luxurious lifestyle within his means.

Evidence of such a lifestyle includes owning a Las Vegas Home worth $2.5 million dollars. The luxurious house sits on three-fourths of an acre and has deluxe facilities like a golf course, media room among others.

Being one who has good taste in cars Tyson proudly has a few exotic automobiles in his collection. They include an Aston-Martin Lagonda, a Ferrari 456 GT Spyder among others.

To wrap up our Mike Tyson childhood story and biography here are facts that are rarely included in his bio.

Mike Tyson was born Christian but embraced Islam as a religion during his incarceration in 1992.

He has a Maori warrior tattoo on his face and the face of the Chinese leader, Mao on his right arm. Other Tattoos include the Marxist Revolutionary, Che Guevara on his ribs as well as the face of Arthur Ashe on his left arm with the words “Days of Grace”.

The legend still engages his age-long habit of smoking and drinking at the time of writing and doesn’t look ready to quit anytime soon.

Although long retired, Tyson is still involved in boxing. He even formed a boxing promotions company “Iron Mike Productions” in collaboration with CEO of Acquinity Interactive Garry Jonas in August 2013.

FACT CHECK: Thanks for reading our Mike Tyson Childhood Story plus untold biography facts. At childhood biography, we strive for accuracy and fairness while delivering you the Biography of Professional Boxers.

Absolutely amazing!! He’s is a legend also a talented man. Wish there was more about his pigeon love. THANK YOU!!