CB presents the Full Story of an Basketball legend who is known as “His Airness“. Our Michael Jordan Childhood Story plus Untold Biography Facts brings you a full account of notable events from his childhood time to date. The analysis involves his life story before fame and family background. More so, many OFF and ON-Screen little-known facts about him.

Yes, everyone knows he is widely considered to be the greatest all-around player in the history of Basketball. However, only a few consider Michael Jordan’s biography which is quite interesting. Now, without further ado, let’s begin.

Michael Jordan was born on the 17th day of February 1963 at Brooklyn in New York City, United States.

He was the fourth of five children born to his mother Deloris Jordan (a bank teller) and to his father James Jordan (supervisor at an electric plant).

Shortly after Michael was born, his family relocated to Wilmington of North Carolina where he grew up with his two older brothers, Larry (the shortest of the brothers) and James as well as his older sister, Deloris, and kid sister, Roslyn.

Michael’s childhood at Wilmington was built on the tenets of discipline and hard work set by his financially buoyant parents. However, he was not all great with keeping up to the tenets. The youngster was much considered to be lazy and showed no interest in acquiring industrial skills or doing chores in their home (pictured below).

Nevertheless, Michael was found worthy of developing a competitive edge in his childhood sports, first among which was Baseball, a sport he played with his father before he trod the ‘basketball path’ of his eldest brother, Larry.

Further studies saw him proceed to Emsley A. Laney High School in Wilmington where he had a failed try out with the school’s basketball team as a sophomore. Realizing that he was rejected for not having the required height, Michael fell back on the school’s junior basketball team and recorded a few success.

It wasn’t long before Michael became a senior in high school and played for college teams like ‘Virginia’, ‘Duke’, ‘Syracuse’ as well as ‘North Carolina’ which recognized his performance in Basketball by facilitating his scholarship to the University of North Carolina’ in 1981.

While at the University, Michael, who was trained by Head Coach Dean Smith, became Atlantic Coast Conference (ACC) Rookie of the Year for 1982. He also pulled off a jump shot that helped his team win the ‘NCAA Championship’ against ‘Georgetown University’.

1984 was a decisive year for Michael whose overall performances secured him a spot in the 1984 Summer Olympics Gold winning team that represented the US in Los Angeles. Other members of the victorious team include players like Sam Perkins, Steve Alford, and Patrick Ewing.

Returning from his Olympics heroics, Michael dropped out of the university in order to join the ‘NBA Draft’. The ambitious young man was selected by team ‘Chicago Bulls’ which he helped record a turnaround from losses and draws to winning streaks.

Though a broken foot injury sidelined Michael for most of his games during the 1985–86 season, he pulled off a strong come back in 1988 that saw him named Defensive Player of the Year as well as the league’s Most Valuable Player (MVP). The rest, as they say, is history.

Michael Jordan has been married twice. We bring you details of his marriages. First among Michael’s marital relationships was the legend’s union with his ex-wife Juanita Vanoy.

The estranged couples first met in 1984 at a restaurant in Chicago. Juanita at the time was a model and executive secretary for the American Bar Association. They got married after 4 years of courtship and their relationship was blessed with two sons, Jeffrey Michael, Marcus James, as well as a daughter, Jasmine.

Things, however, got awry 17 years into the marriage as the couples were amicably divorced in December 2006. The dissolution which saw Juanita receive $168 million settlement was considered to be the largest celebrity divorce settlement on public record at the time.

In the year (2009) a judge in Cook County, Illinois, ruled that Jordan did not owe his alleged former lover Karla Knafel $5 million over a breach of contract claim. According to Knafel, (Pictured below) Michael allegedly paid her $250,000 to keep their relationship a secret as well as not to file a paternity suit after she became pregnant in 1991. However, a DNA test revealed that Michael was not the father of the child.

Moving on, the athlete began a relationship with American Model, Yvette Prieto.

The duo met in 2009 at a nightclub in Miami after which they took their relationship to the next level by getting married in 2013.

Their marriage is blessed with Twin Girls Victoria and Ysabel both born on the 11th of February 2014.

Michael Jordan was born into a family of 7 we bring you Factual details about members of his family.

About his father: Michael’s father James Raymond Sr. Was born on the 31st day of July 1936. It was James who taught Michael how to play Baseball. Resultantly, when James was tragically killed on the 23rd of July 1993, a mournful Michael announced his first retirement from basketball to pursue a career in Baseball. Until his death which was caused by Armed carjackers, James worked as a supervisor at an Electric Plant and is known to have been of great support to Michael’s Career.

About his mother: Michael’s mother Deloris Jordan was born in 1941. The mother of 5 who used to work in a bank now writes books for children about dreams and success. In addition to writing, Deloris is a famed speaker and motivating force behind her children’s successes.

About his older brothers:  Larry Jordan is the eldest of the brothers. It was Larry who stimulated Micheal’s passion for Basketball. He currently helps to manage one of Michael’s investments, Charlotte Bobcats.

Next in the birth line is  James Jordan Jr, a war veteran who has seen action in Iraq and Korea. The retired soldier now works as Executive Vice President of Operations for Hornets Sports & Entertainment.

About his sisters: Michael’s older sister Deloris Jordan is a divorced mother of 3 who owns a publishing agency. Unlike the three siblings, Deloris had an unfortunate upbringing owing to the fact that she was abused her father during the better part of her childhood. She lives disengaged from her family and has written a book, ‘In my family’s shadows’, detailing her horrific upbringing.

On the other hand, Michael’s younger sister Roslyn is a writer who helps her mother in managing some of the family’s projects.

Michael, though retired, makes significant income through many channels. First is his endorsement deals with brands like Gatorade, Hanes and Upper Deck, McDonald’s’, ‘Wheaties’, ‘Chevrolet’, ‘Nike’, ‘Hanes’, ‘Coca-Cola’ among others.

Aside endorsements, the “Black Cat” has investments in restaurants (Michael Jordan’s The Steak House N.Y.C), a golf company, a major stake in the Charlotte Hornets, Motorsports racing as well as the production of personal effects like: Michael Jordan cologne, Air Jordan basketball shoes, Jordan Brand clothing line, among other investments.

More endorsements and Investments are expected to come by the years as the “Money” legend is not one to rest on his oars.

Aside from basketball and business commitments, Michael has taken pleasure in putting up appearances in a number of movies. They include Space Jam (1996), Michael Jordan To The Max (2000) and as well as the TV show: My Wife and Kids (2004).

Micheal Jordan is one who is known for his competitive nature as a player and being so legendarily hard on his teammates, that they wrote a book about it. His off-court personality includes the ability to work effectively and efficiently with others in business while maintaining self-control and discipline.

On more personal matters, Michael loves the fine things of life and is known to keep family and friends close to his heart.

FACT CHECK: Thanks for reading our Michael Jordan Childhood Story plus untold biography facts. At ChildhoodBiography, we strive for accuracy and fairness. If you see something that doesn’t look right in this article, please place your comment or contact us! 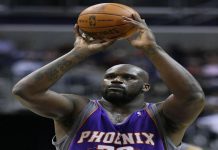 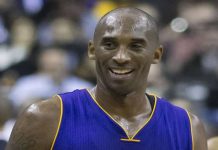 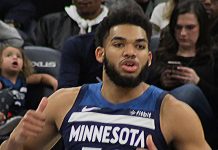