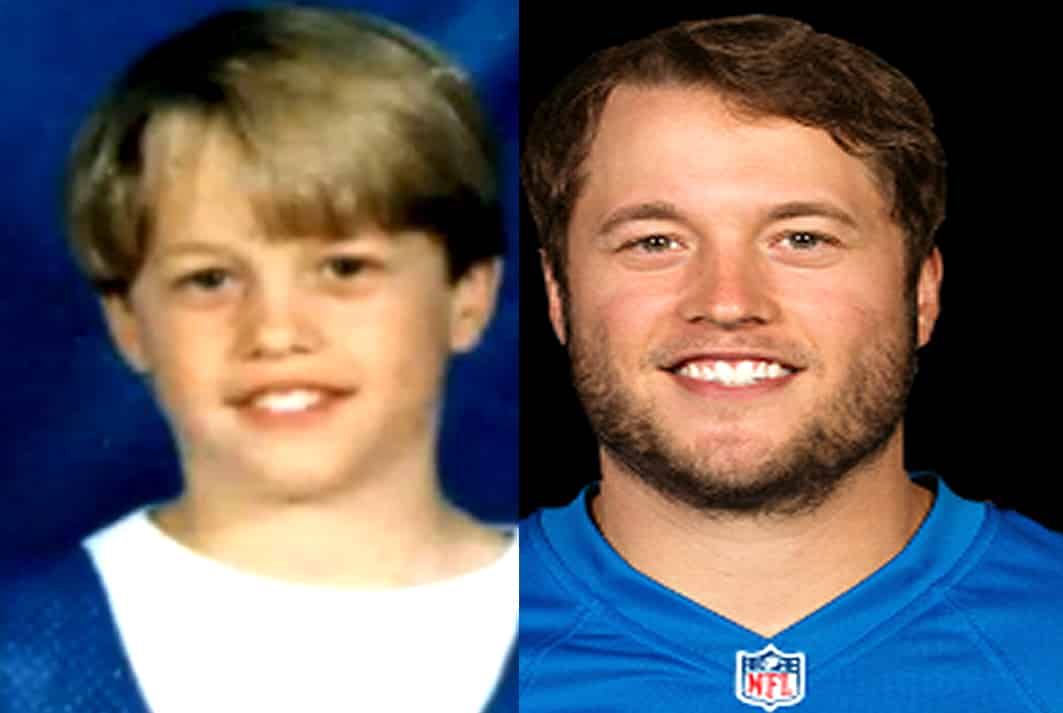 Our Matthew Stafford Childhood Story plus Untold Biography Facts brings you a full account of notable events from his childhood time to date.

The analysis of the American football quarterback involves his early life, life story before fame, family background and personal life. More so, other OFF and ON-Screen little-known facts about him.

Yes, everyone knows he is one of the highest-paid players in the NFL.

However, only a few consider Matthew Stafford’s Biography, which is quite interesting. Now, without further ado, let’s begin.

John Matthew Stafford was born on the 7th day of February 1988 at Tampa in Florida USA. He was the eldest of five siblings, born to his mother, Margaret Stafford, and to his father, John Stafford.

Young Stafford grew up in Dallas, Texas, alongside his younger sister, Page Stafford and three other siblings whom little is known about.

The American national of unknown roots and ethnicity was known to be both curious and precocious as a child, blending the aforementioned traits with good athletic form and recording active participation in childhood sports that include baseball, basketball and football. 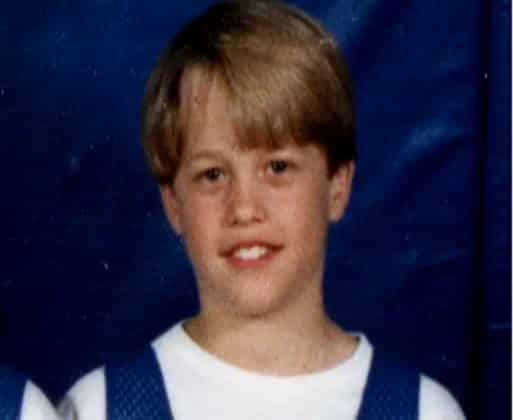 However, it was football that made Stafford’s precocious nature hard to ignore. His skills in the sport were not only alien to kids of his age but courted the attention of his childhood football coach Randy Allen.

“I became very interested in watching him, and he could throw a ball in the eighth grade about 80 yards. It’s not — you don’t see many eighth-grade boys throw that far.”

Allen was not one to let the football prodigy dissipate energy in other sports. on a certain good day, he excused the 8th grader from class to have a conversation that would later be the cornerstone of Stafford’s career.

“I was a young kid and had big aspirations and all that kind of stuff, but for him (Allen) to come and pull me out of class was pretty cool and was totally unexpected.”

Notes Stafford of Allen’s belief in him.

While at highland park, Stafford was a star football player who was made a starting quarterback for the school’s team during his sophomore year.

His significant achievements with the team comprise leading them to a perfect 15–0 record and winning a state championship. 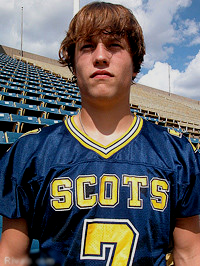 These, among other outstanding performances, made Stafford win numerous accolades, including the MVP and Best Arm awards at the 2005 EA Sports Elite 11 Quarterback Camp as well as being named the 2005 EA Sports National Player of the Year.

2007 was the year which Stafford committed to Georgia Bulldogs football of the University of Georgia, beginning a college career that was heralded with predictions from pundits who tipped him to be the first pick in the 2009 NFL Draft. 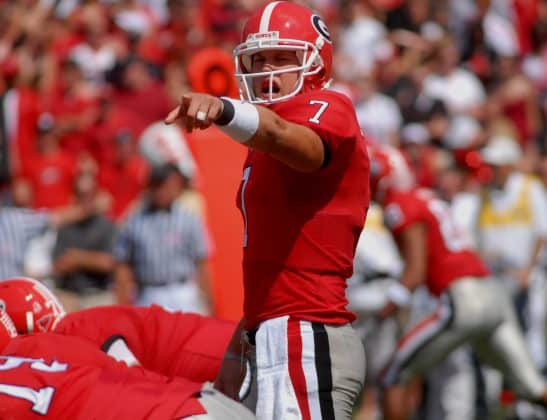 Stafford stats were impressive. He was not one to miss the mark. His sustained top form with Georgia Bulldogs saw him become the Detroit Lions number one pick when the NFL draft came by in April 2009.

He signed a record $41.7 deal with Detroit Lions to become the highest-paid football player at the time. Fast forward to date Stafford still ranks among the highest-paid players in the NFL. 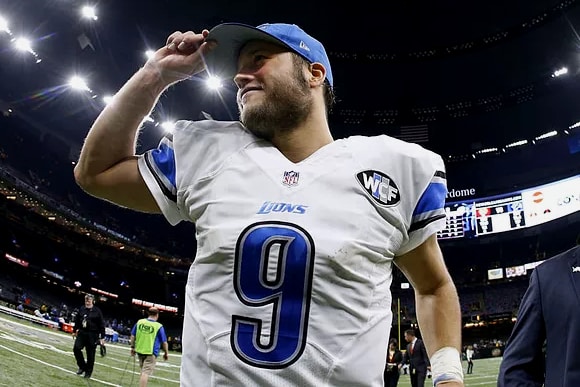 Stafford is a married man. We bring you focal details of his marital life including how he met and married his wife Kelly Hall.

The couples met during their college days at the University of Georgia. Stafford was a leading quarterback at the time while Kelly was a cheerleader paying attention to her man from the sidelines. 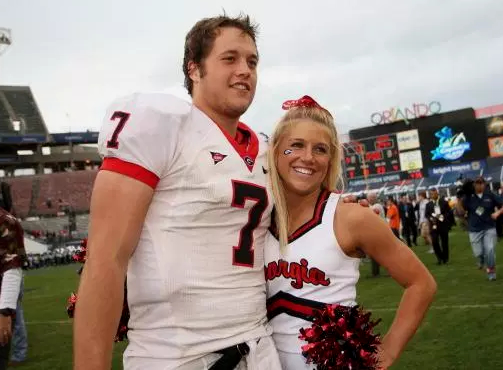 They dated for years before getting married on the 4th of April 2015. 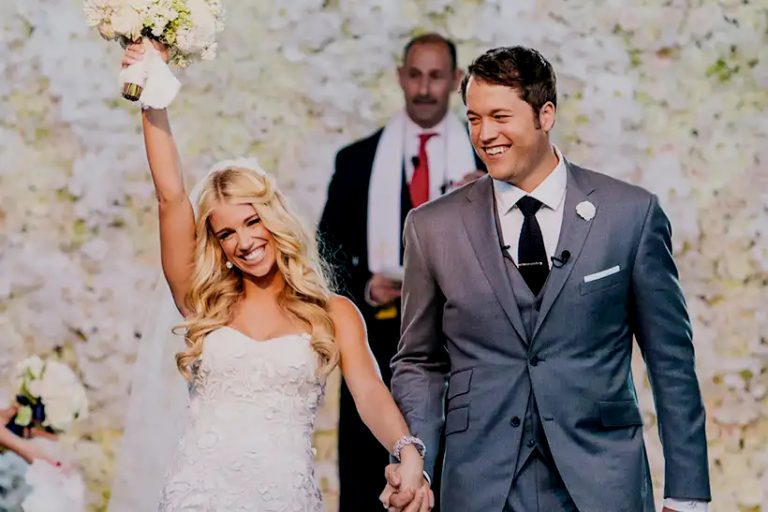 Their marriage is blessed with twin daughters Sawyer and Chandler (born 31st March 2007) as well as another daughter Hunter Hope (born 16th August 2018). 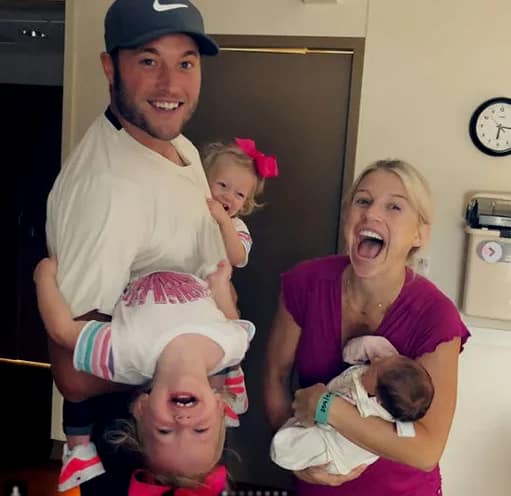 Stafford was born into a family of 7. We bring you factual details about members of his family.

John Stafford is the man behind the scenes of his son’s remarkable career. The onetime graduate student of the University of Georgia silently plays a supportive role in the life of his eldest son. 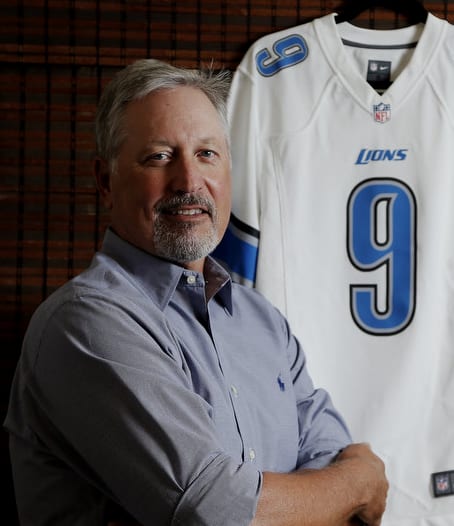 Margaret Stafford has been outwardly and inwardly involved in her son’s career.

It was Margaret who helped a young Stafford build his confidence in football right from high school to college. She often travels from Dallas to watch her son games in Detroit.

Michael is the eldest of five siblings, of which 3 remain unknown. His only known sibling is his younger sister called Page. She is an athlete who played volleyball during her high school days.

Stafford has an estimated net worth of $143 million dollars.

A larger portion of the Net Worth comes from his signing bonus deals, salaries from Detroit Lions, private investments (which have been literally private) and Endorsement deals. 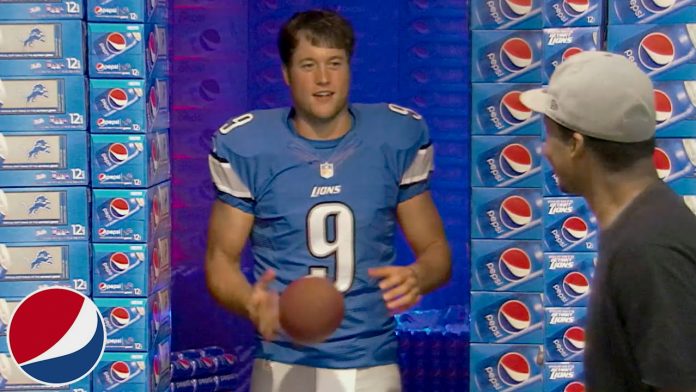 Stafford has retained much of his childhood traits including his curious nature as he constantly tries to know a bit about everything through reading books and having conversations with professionals at different levels. 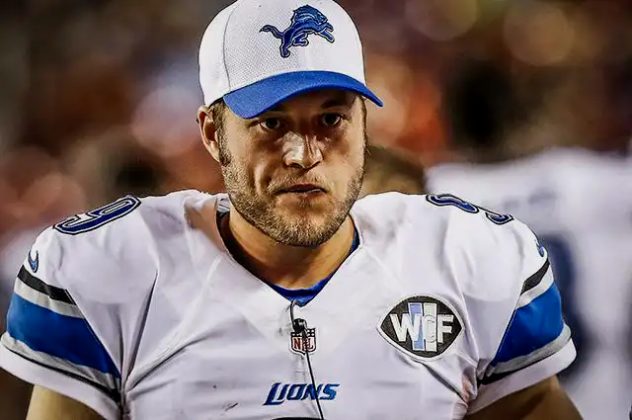 Stafford has the image of a king in Detroit. He navigates his way around the city with luxurious cars. Example of his cars includes a Rolls Royce, Ferrari, Bentley, Audi and Range Rover.

In the same light, the “local King” lives together with his wife and daughters at a mansion he bought for $2.8 million (now worth 3.8 million) at Detroit. 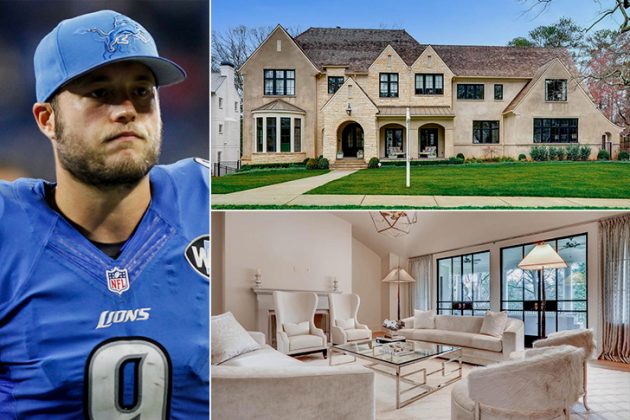 At ChildhoodBiography, we strive for accuracy and fairness in our quest to deliver you the Biography of Famous NFL Players.