CB presents the Full Story of a Filipino professional boxer and politician best known by the nickname “Pac-Man”. Our Manny Pacquiao Childhood Story plus Untold Biography Facts brings you a full account of notable events from his childhood time to date. The analysis involves his early life, life story before fame, family background and personal life. More so, other OFF and ON-Screen little-known facts about him.

Yes, everyone knows about his awesome Boxing record and soft brown eyes. However, only a few consider Manny Pacquiao’s biography which is quite interesting. Now, without further ado, let’s begin.

Manny Pacquiao was born on the 17th day of December 1978 in Kibawe at Bukidnon, Philippines. He was the second child born of the union between his mother Dionesia Pacquiao and his father Rosalio Pacquiao.

Manny grew up in a single room shack at Tango village in Kibawe alongside his elder sister Sidra as well as two younger brothers Bobby and Rogelio. His family at the time were arguably the poorest in the village who could not afford to eat the popular staple food – Rice but subsist on Bananas and root crops.

In the same light, Manny and his siblings spent the better part of their formative years wearing ragged clothes and never had an idea of what a television looked like. It was only a matter of time before the young boy who practised boxing as a hobby took big steps at fighting his way out of the shackles and manacles of abject poverty.

Manny had his elementary education at Saavedra Saway Elementary school where he studied until sixth grade. While at the school he was known to be an amenable kid who submitted himself to the discipline of his teachers.

“You can’t educate children without discipline. Sometimes I beat them to make them behave. I am proud that I was Manny’s teacher”.

The boxing prodigy was still in elementary school when his father left the family. Consequently, Manny (aged 13), was forced to drop out of school as his mother did not have enough money to support his education. Thus began Manny’s journey to make an amateur career out of boxing which he figured could help him generate money in addition to selling bread and water on city streets.

Armed with the courage of his convictions, Manny began boxing in at an open-air park in General Santos where he beat all-comers.

His quest for stiffer competition saw him move to Davao City (150Km away) where he fought higher-ranked opponents to establish himself as the best junior boxer in the southern part of Philippines, within the space of three years.

1994 was an eventful year for Manny who was sent by  ‘talent scout’ Yolanda Parcon to meet businesses man – Polding Correa in  Philippines capital, Manila. Upon arrival, Polding who had earlier promised to Make champions out of promising fighters arranged that Manny be brought to L&M Gym in Sampaloc where he trained.

A year later, Manny ended his 60-4 amateur career by making his professional debut on the 22nd of January 1995, in a light flyweight division fight that saw him defeat Edmund “Enting” Ignacio. His breakthrough came in 1998 when he defeated Chatchai Sasakul of Thailand to clinch the World Boxing Council (WBC) flyweight title.

Fast forward to date he is historically considered to be the first boxer to win boxing titles in more weight classes.

Manny has been married to his loving wife Jinkee Jamora since the year 2000. We bring you factual details about their marital relationship.

Manny met Jinkee Jamora in 1999 when she was a beauty consultant at a mall. Unlike Manny, Jinkeen is a twin born into a middle-class family on the 12th of January 1979.

Thiers was head over heels love as evident in their quick decision to get married seven months later on the 10th of May 2000.

Their marriage is blessed with 5 amazing kids. They Include:

4 Queen Elizabeth Pacquiao born in the year  2008 is the only US citizen amongst her siblings owing to the fact that she was born in Los Angeles.

5. Last but not the least is Israel Pacquiao born in the year 2014.

It is arguably true that the world has never known a versatile boxer like Manny who asides boxing, built careers in the following endeavours:

4. Religion: Manny is a hard core born-again Christian who once claims he hears the voice and God and have seen the end of time.

The Asian Christian Bill: Manny Pacquiao once proposed a bill for a National Bible Day signed into law by the Philippine Senate. Thanks to his popularity, his bill proposal was met without any opposition and is now adopted in the whole Asia.

The bill today celebrate Christianity and the observance of the teachings of the Bible.

“The People’s Champ” has taken out time from his various endeavours to feature in movies. They include his first lead role in Violett Films’ “Lisensyadong Kamao” (Licensed Fist) followed by “Anak ng Kumander” (Son of Commander) and superhero/comedy film entitled “Wapakman”. Asides movies he has put up appearances in TV shows that include “Pinoy Records”, “Totoy Bato, as well as the sitcom, “Show Me Da Manny”.

On Related entertainment endeavours, Manny in 2006 released a musical album called “Laban Nating Lahat Ito” in his native language, Taga. He also recorded a cover of Dan Hill’s “Sometimes When We Touch.”

Manny does no longer have endorsement deals as his boxing career is fast coasting to permanent retirement. However, he does have businesses that make him smile to the bank. They include Roadhaus Economy Hotel, Pacman Wildcard Gym, JMP Shalom Travel and Tours, as well as Pacman H20. Others are Team Pacquiao Store, MP Princess Digital Printing Solution and Pacman Beach Resort.

Manny grew up in a family of 6 members, we bring you factual details about his family.

About Manny Pacquiao’s father:  Manny’s father was a hardworking figure who earned the upkeep of his family by clambering no fewer than 70 trees a day to gather coconuts among other menial jobs before leaving his family.

Manny never had a close relationship with Rosalio for decades after he left owing to the fact he once killed and ate Manny’s pet Dog.

“killing the dog was “even worse” than walking out on the family [Rosalio] took the puppy I found and killed it. To a young boy that was unforgivable – it was stealing something I loved, which is far more terrible than stealing money. More than 20 years passed and I couldn’t forgive him.”

Writes Manny in his autobiography.

The duo were however united in 2009 when he visited the United States to watch one of Manny’s fight.

“I was not bitter or mad any more. I forgave him immediately. Too many years had passed and we both suffered greatly because of one horrible moment in our lives … It was like a soul cleansing to me, like a hundred-pound sandbag had been taken from my shoulders.”

About Manny Pacquiao’s mother: Manny’s mother Dionesia Pacquiao is the woman responsible for keeping her family together after Manny’s father left. She initially never supported her son’s early boxing endeavours as she desired that he would become a Catholic priest someday. Nonetheless, she’s her son’s biggest fan.

About Manny Pacquiao’s siblings: Manny’s elder sister is Isidra Pacquiao-Paglinawan. Little was known about her until 2010 when police raided her house on suspicion of illegal gambling.

Next is his younger brother Bobby Pacquiao, an ex-professional boxer who never fared well in the sport as he only had 31 bouts out of which 15 were lost and 3 fights resulted in a draw.

There’s also Rogelio Pacquiao known as Roel. He is a seasoned politician who once served as Counselor in the General Santos City.

About Manny Pacquiao’s half-siblings: Manny has half sisters born to his mother from a previous relationship. They include Liza Silvestre-On ding and Domingo Silvestre.

Manny’s nickname “Pac-Man” was derived from his surname as well as his ability to gobble up opponents like the game character “Pac-man”. The “Pac-Man”  also has other Nicknames that sing praises of his boxing prowess.

The nicknames include “The Mexicutioner”, “People’s Champ” and “Pambansang Kamao” (National Fist). He is known as “The Mexicutioner” owing to the fact that he has beaten great Mexican boxers in the course of his career.

Of national significance are the nicknames People’s Champ and Pambansang Kamao (National Fist). Both names embody the love which the people of Philippines have for the man they consider to be a National Treasure.

Manny is one who has fought for the better part of his lifetime. As a child, he had to fight to eat and as a professional, fought to stay relevant. Nonetheless, he never lost his human touch all through his combats as evident in donating half of the £80million fortune he got from his famous fight with Mayweather to charity among other philanthropic endeavours. According to him:

“I believe this world needs new heroes. The biggest fight in my life is not in boxing but it is now to end poverty in my country”.

Away from philanthropy, Manny is a humble and principled sportsman who never ceases to identify with his roots. Moreso, Unlike most professional boxers, he hates trash talk because it doesn’t go well with his moral principles.

“Fights should happen without the trash talk and it’s a good example to the children who idolize the fighters. In my life it’s my experience that the best promotion has been the Shane Mosley fight because everybody is friends”.

His hobby includes listening to music, socializing with friends and striving to make society a better place.

FACT CHECK: Thanks for reading our Manny Pacquiao Childhood Story plus untold biography facts. At ChildhoodBiography, we strive for accuracy and fairness. If you see something that doesn’t look right in this article, please place your comment or contact us! 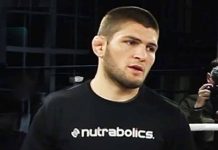 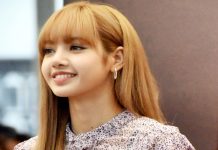 Every notable figure has got both Childhood Stories and Bio Facts. This is why we exist. We write engaging life stories that offer great insight into the youthful to present life of celebrities around the world.
© Copyright 2017-2020
error:
wpDiscuz
0
0
Would love your thoughts, please comment.x
()
x
| Reply
MORE STORIES