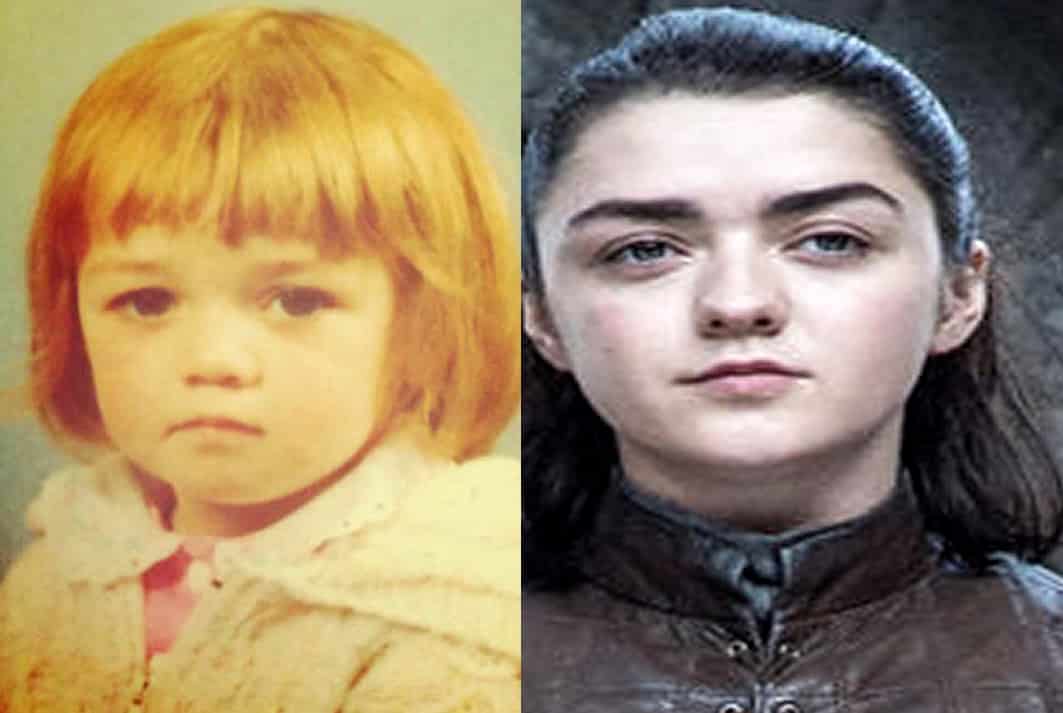 Childhood Biography presents the Full Story of an English Actress best known by her GoT stage name “Arya Stark“.

Our version of Maisie Williams Biography and Childhood Story brings you a full account of notable events from her childhood time to date.

Yes, everyone knows of her role as Arya Stark on the hit HBO series ‘Game of Thrones’. However, only a few consider Maisie Williams’ biography which is quite interesting. Now, without further ado, let’s begin.

For Biography starters, Margaret Constance “Maisie” Williams was born on the 15th day of April 1997 in Bristol, England. She is the youngest of four children born of the union between her mother, Hilary Francis, and her father, Gary Williams.

The English national of white ethnicity with European roots was only four months old when her parents got divorced.

Following the divorce, Maisie was single-handedly raised by her mother at Clutton in Somerset, England where she grew up alongside her elder siblings; James, Beth, and Ted.

Growing up at Clutton, young Maisie lived what she described as an ordinary life. The house she grew up in was part of a public housing project in Britain while she attended ordinary schools and made ordinary grades.

Notwithstanding, Maisie had big dreams of becoming an established dancer and held on to the dreams that she believed would make a big difference in her life.

Maisie had her basic education at Clutton Primary School before progressing to Norton Hill School at Midsomer Norton.

While studying at the high school, Maisie combined academics with taking dance lessons at Susan Hill’s School of Dance.

By the time Maisie was aged 11, her dance teacher urged her to sign up for a talent show which consisted of workshops and seminars that would help train kids to become stars in acting, dancing, and singing.

Upon signing up for the talent show, Maisie earned an agent, Louise Johnson who convinced her to venture into auditioning for acting roles.

Maisie was not one to quickly let go of the dreams she had about building a career in dancing and becoming an established dancer. Notwithstanding, she accepted the challenge and went on to audition for a role in Nanny McPhee and the Big Bang.

A determined Maisie gave her best during the auditions and made it down to the final two but failed to secure any role in both film series owing to the mere fact that she looked too young.

Moving on, Maisie Williams auditioned and made her professional acting debut as Arya Stark, a tomboyish sword-wielding avenger on the hit HBO television series ‘Game of Thrones’.

No doubt, everyone knows she, alongside Emilia Clarke, Emma Watson, Helena Bonham Carter etc, are among a list of top actresses with British origins. The rest of Maisie Williams’ Bio, as they say, is history.

The Actress is yet to be married at the time of writing. We bring you facts about her dating history and present relationship status.

To begin with, Maisie is not known to have dated any man before she met her boyfriend, Ollie Jackson.

Ollie is a British Auto Racer famous for the British Touring Car Championship. Maisie and Ollie began dating in 2015 and have stuck to each other ever since.

Meanwhile, neither of the lovebirds have son(s) or daughter(s) out of wedlock as at the time of writing.

Maisie Williams comes from a middle-class family background. We bring you facts about her family life.

Gary Williams is Maisie’s dad. He divorced Maisie’s mother when the actress was 4 years old, Thus, the actress and her father have a severed relationship to date.

She would rather congratulate her mother and stepfather on Father’s Day than talk about her biological dad, who left during her early life.

Hilary Francis is Maisie’s mom. The supportive mother worked as a university course administrator during Maisie’s early life and now serves as manager and personal assistant to the actress.

Maisie Williams has just three siblings who were all born to the same parents. They include her older brothers, James and Ted, as well as her older sister Beth.

James is a graduate of history who is fond of body arts while Ted studied at Bath college and works at Cheddar Gorge & caves as at the time of writing.

Little is known about Maisie’s only sister Beth asides the fact that she is married to a certain Tony Pow and has 2 cute kids with him.

Away from Maisie Williams’ immediate family, her maternal grandparents were William H. Pitt and Audrey F. Bonning while little is known about her paternal grandfather and grandmother.

In addition, Maisie has uncles aunts, cousins, nephews and nieces that are yet to be identified in notable events of her childhood story.

What makes Maisie Williams tick?. Sit back as we bring you makings of Maisie’s personality to help you get a complete picture of her.

To begin with, Maisie’s persona is a blend of Aries Zodiac traits, She is extroverted, independent, and assertive.

In addition, Maisie is comfortable with analysing facets of her personal and private life. She has a number of interests and hobbies that include playing monopoly on her phone, dancing, travelling and partying.

Maisie Williams has an estimated net worth of $6 million as at the time of writing. The origin of Maisie’s wealth immensely stem from her earnings as “Arya Stark” in the HBO hit series ‘Game of Thrones’ as she was reportedly paid $175,000 per episode in season 7 and 8 of the television series.

However, Maisie lives a conservative lifestyle as she doesn’t own a house as at the time of writing.

Similarly, little is known about her cars collection because she’s yet to be spotted driving a private car, regardless of the fact that she passed her driving tests in 2014. 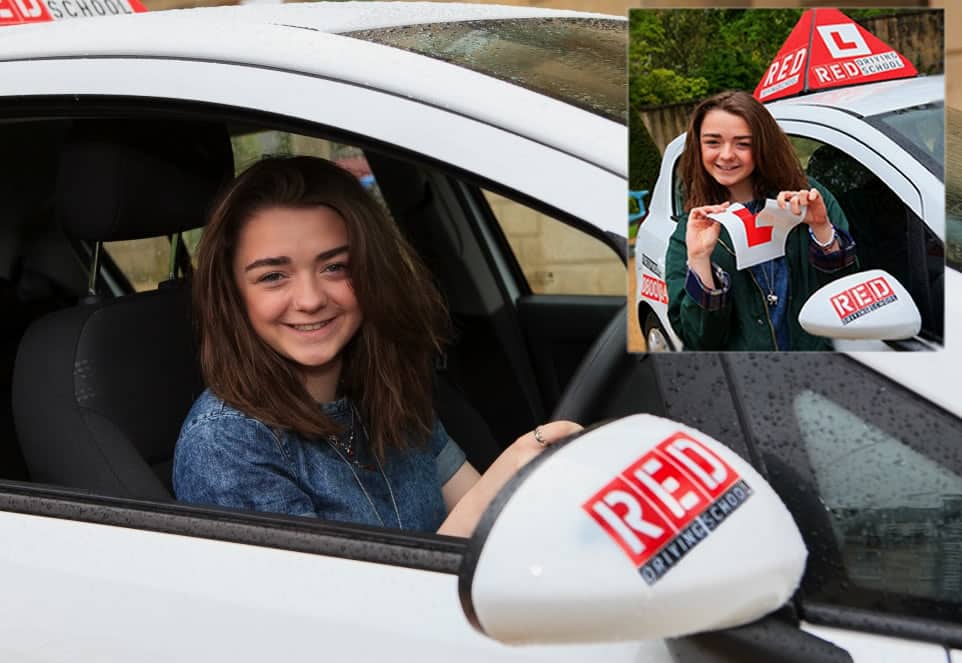 The Game of Thrones actress has a number of tattoos.

The digits represent the date she found out that she was cast in Game of Thrones.

Regarding her religion, Maisie is widely believed to be a Christian while she is considered to be an Atheist in some quarters.

Maisie has been once spotted smoking and severally spotted drinking.

She is the co-launcher of a  social media app called Daisie. The app is aimed at bringing creative people together and fostering collaboration.

“Maisie” is actually the actress’ nickname. She derived the name from a popular comic strip called The Perishers.

FACT CHECK: Thanks for reading our Maisie Williams Childhood Story plus untold biography facts. At childhood biography, we strive for accuracy and fairness while delivering to you the Biography of Actresses.