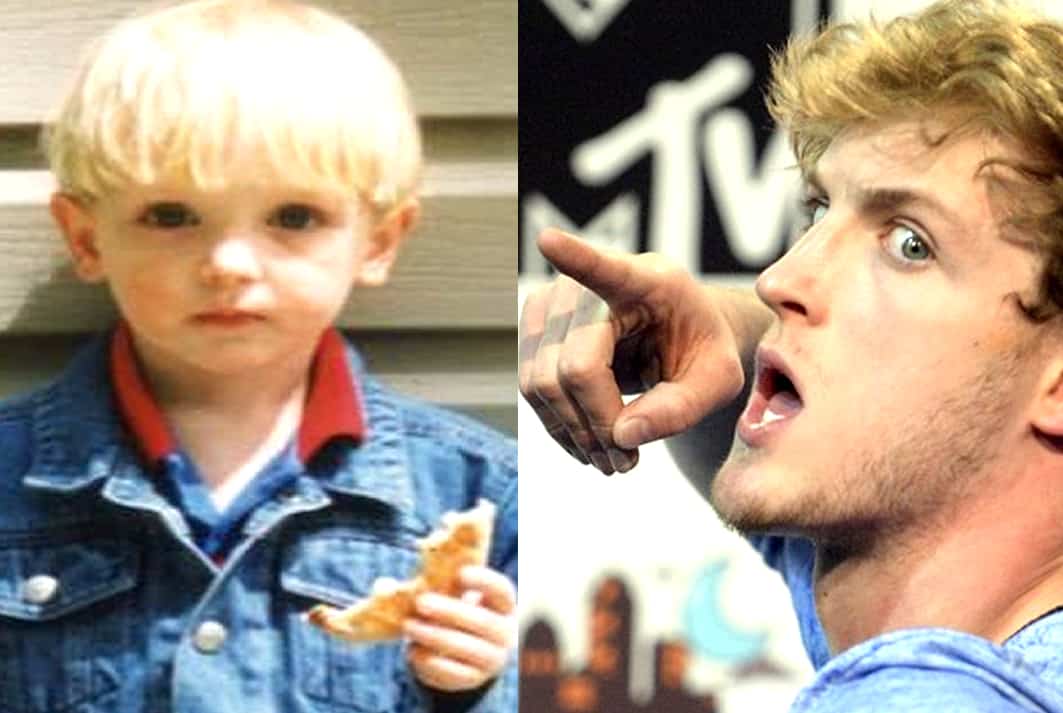 Childhood Biography present the Full Story of an American internet personality with the nickname “The Maverick“.

Our version of Logan Paul’s Biography and Childhood Story brings you a full account of notable events from his childhood time to date.

Yes, everyone knows he is one of the most famous media stars in the world. However, only a few consider Logan Paul’s Biography, which is quite interesting. Now, without further ado, let’s begin.

For Biography starters, Logan Alexander Paul was born on the 1st day of April 1995 at Westlake in Ohio, USA.

He was the first of two children born to his mother, Pam Stepnick and to his father, Greg Paul. Behold, Logan Paul’s parents.

The American national of white ethnicity with Welsh, Irish, Scottish, German and Jewish roots was raised at his birthplace in Westlake, Ohio, where he grew up alongside his younger brother, Jake.

Growing up at Westlake, Logan picked an interest in photography and film works as a kid and soon obtained a camera in pursuance of the aforementioned interests.

By the time Logan was aged 10 in 2005, he began making homemade videos at his backyard and shared the creative works by posting them on the internet via an application known as Zoosh.

The youngster was still a student of the school when he progressed to sharing videos about jokes and stunts via the now-defunct video app, Vine.

Away from engaging his interests in video creation, Logan was a very active member of his High School football and wrestling team that he qualified for the 2013 state-level Ohio High School Athletic Association (OHSAA) wrestling championship.

Upon graduation from Westlake High school in 2013, Logan proceeded to Ohio University where he majored in Industrial Engineering.

However, he dropped out in 2014 in order to better his craft in video entertainment.

To achieve his desire of becoming a star in entertainment, Logan moved to Los Angeles where he began taking classes in acting and clinched roles in TV shows that include “Law & Order” as well as “Stitchers”.

Not one to pursue a career without goals, Logan made known his ambition to become a household name by growing and expanding his brand of comedy and video creation, regardless of the challenges he might encounter.

The first of major challenges that came Logan’s way was the difficulty in getting significant followings on YouTube when he started posting videos on his channel. However, he kept at it and by 2014 achieved 150,000 followers.

Next was the shutdown of Vine in 2016 when Logan already had over 9.4 million followers. Thus, he had no choice but to ply his trade on his already existing channels/pages with social media platforms like YouTube, Facebook and Instagram.

Although Logan had become relatively popular on Youtube in 2016, it wasn’t until 2017 that he began earning hundreds of thousands of dollars in advertising revenue, a development that cemented his status as a household name and millionaire.

Fast forward to date, Logan has two YouTube Channels – an official channel and a Vlogging channel – which have amassed tremendous subscriptions of over 4.5 million and 16.6 million respectively. The rest, as they say, is history.

Logan Paul is yet to get married at the time of writing. We bring you facts about his dating history and current relationship status.

Logan’s first public girlfriend was a model and Vine star known as Jessica Serfaty. The duo participated in a number of videos together before their separation in 2015.

Logan Paul comes from a middle-class family background. We bring you facts about his family life.

Greg Paul is Logan’s dad. He is a well-known media personality and like Logan, has a YouTube channel with thousands of subscribers.

The father of two is also a licensed realtor and commercial roofer. He shares a close bond with Logan and considers spending quality time with his entire family as a hobby.

Pam Stepnick is logan’s mom. She worked as a nurse during Logan’s early life and also went on to establish herself as a YouTuber.

She enjoys a close relationship with Logan and her entire family who she shares videos about on her YouTube channel.

Logan Paul has no sisters but a younger brother known as Jake. They both grew up together at Westlake in Ohio and have almost the same childhood story including being famous on the now obsolete app Vine.

The lookalike sibling is also an actor who is famous for playing the role of Dirk in the Disney Channels series, Bizaardvark.

He is not only close to Logan but has shared interests with him including owning a YouTube channel.

Away from Loga’s immediate family, little is known about members of his extended family including his maternal grandparents as well as his paternal grandfather and grandmother.

He has an uncle known as Kade, while there are no records of his nieces and nephews. Similarly, his cousins have not been identified in notable events of his early life to date.

What makes Logan Paul tick?. Sit back as we bring you makings of his personality to help you get a complete picture of him. To start with, Logan’s persona is a blend of Aries Zodiac traits.

He is energetic, determined and lets the world into his personal and private life. His interests and hobbies include vlogging, wrestling, keeping up with football games as well as spending time with his friends and family.

Logan Paul has an estimated net worth of $19 million at the time of writing. The origin of his wealth stems from his creative videos endeavours while analysis of his spending patterns reveal that he lives a luxurious lifestyle.

The internet personality who makes over €800,000 every month is the proud owner of a €4.8 million mansion in California that boasts of five bedrooms, seven bathrooms, a wine cellar, cinema and a swimming pool.

He also has an enviable car collection that include exotic rides like a Mercedes G-Wagon worth €90,000.

To wrap up our Paul Logan childhood story and biography, here are Untold or lesser known facts that are hardly included in his bios.

FACT CHECK: Thanks for reading our Logan Paul Childhood Story plus untold biography facts. At childhood biography, we strive for accuracy and fairness while delivering you the Biography of Internet Celebrities. Kindly stay tuned for more Internet Celebrity Stories. The Childhood story of Khaby Lame, Dixie D’Amelio, and Bella Poarch would interest you.