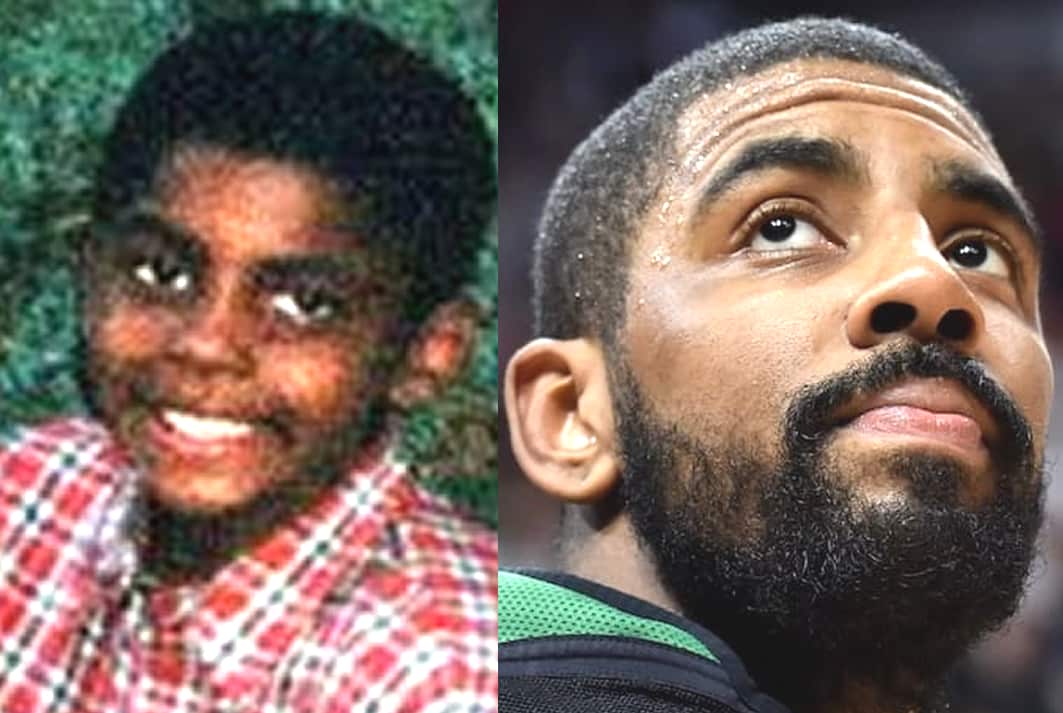 We present the Full Story of an American Basketball Player best known by the nickname “Uncle Drew“.

Our Kyrie Irving Childhood Story plus Untold Biography Facts brings you a full account of notable events from his childhood time to date.

Yes, everyone knows he is one of the most popular players in the NBA. However, only a few consider Kyrie Irving’s Biography, which is quite interesting. Now, without further ado, let’s begin.

Kyrie Irving was born on the 23rd day of March 1992 in Melbourne in Australia. He was the youngest of two children born of the union between his mother, Elizabeth Irving, and Father Drederick Irving (an ex-professional basketball player).

Regarding his family background, Irving is an American and Australian national of African-American ethnicity with French-Canadian, Irish, Scottish, Welsh, and English roots.

Irving was only two years old when his family left Australia for the United States. Upon arrival, they settled at West Orange, in New Jersey, where Irving grew up alongside his elder sister, Asia Irving.

Two years later, Irving’s mother died after suffering from a protracted illness. Thus the basketball prodigy was raised by his father for the better part of his childhood.

The way Drederick (Irving’s father) figured it, proper upbringing had to constitute training his son to become a basketball player, a measure that young Irving was seemingly born to accept.

As a toddler Irving started out by exhibiting ball control, he could handle a regulation-height hoop at the tender age of 4 and sink a left-handed lay-up by the time he was aged 6.

It wasn’t much longer before a determined Irving, who often went to his father’s adult-league games, committed to the sport by making up his mind to play in the NBA.

“I made a promise to myself that I wanted to go into the NBA in like fourth grade… I wrote it on a piece of sheetrock and put it in my closet so I would see it every day. It was just a constant reminder of what I was going after.” 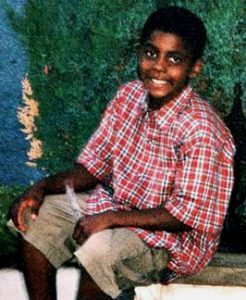 While at the respective institutions, Irving was an active basketball player who honed his skills in the sport by committing hours to study and practice.

Notable among his significant strides at the time was leading St. Patrick to the state championship as a junior and earning a number of accolades during his senior year.

The accolades include Gatorade State High School Player of the Year honours and selection to the McDonald’s All-American team.

2009 was the year Irving began a college career by committing to the basketball team of the University of Duke. He began playing for Duke during the 2010–11 basketball season.

Although Irving was sidelined for months after sustaining an injury during his ninth game, his overall performance in 11 appearances for Duke was enough to give his confidence a boost to enter the 2011 NBA Draft. 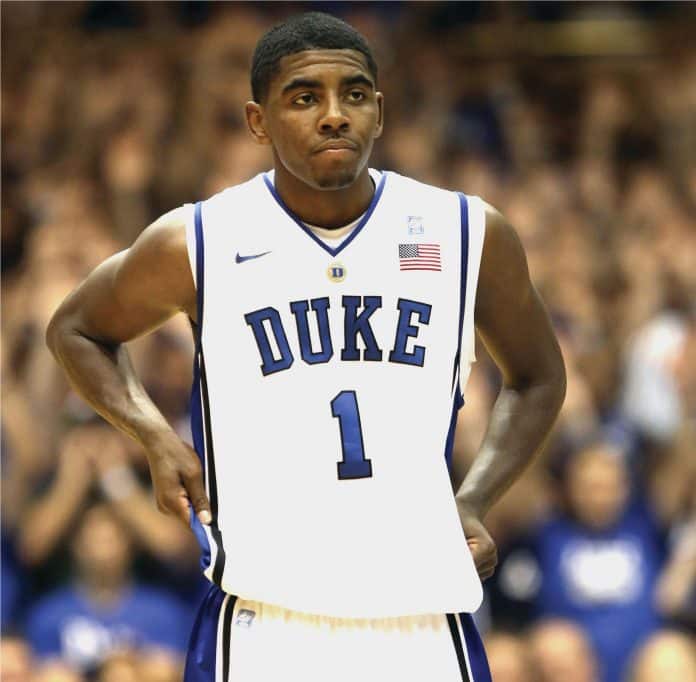 Irving was selected as the first overall pick by Cleveland Cavaliers and was months later named the 2012 Rookie of the Year. Fast forward to date, Irving is a 5-time All-Star and one of the most popular players in the league. 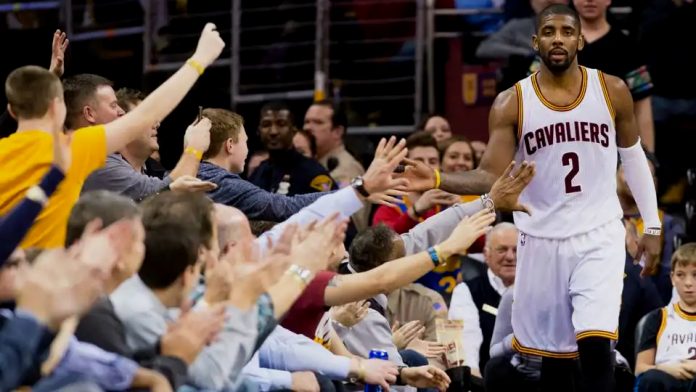 Kyrie Irving is still yet to get married. We bring you details about his previous and current relationships.

First was his relationship with Andrea Wilson. The duo met in 2013 and dated for two years before calling it quit in 2015. 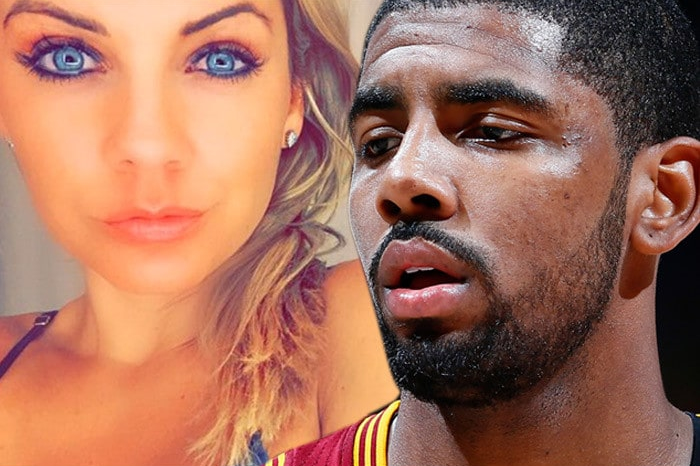 Until their separation, Irving and Andrea were lovebirds whose relationship gave rise to the birth of a daughter called Azure Elizabeth. 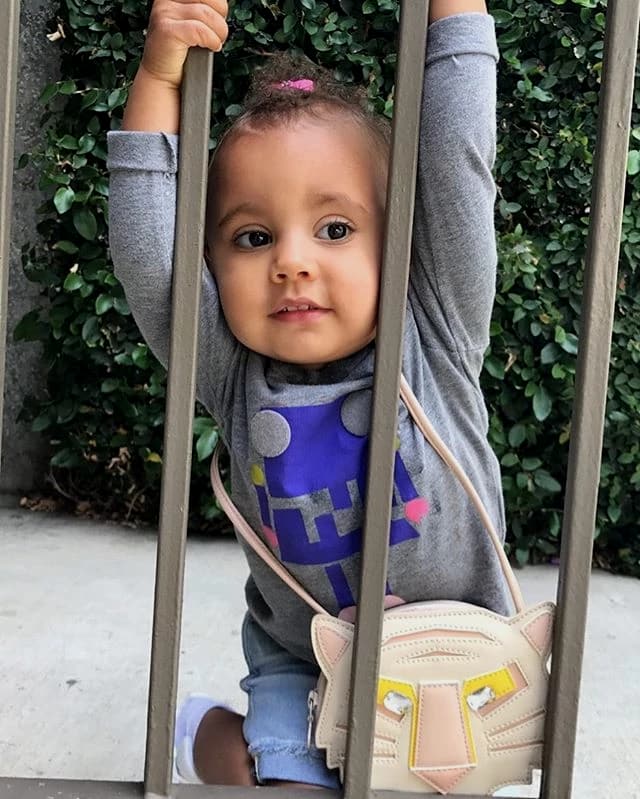 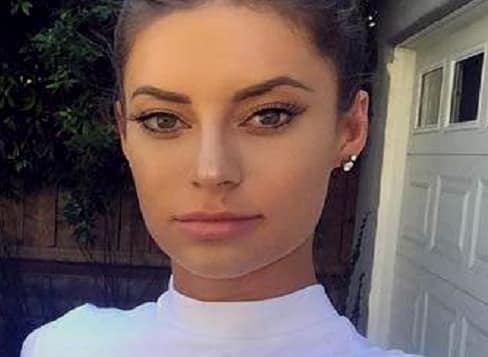 The duo began dating at a time when Irving was still with Andrea Wilson. Their relationship did not last for a year before they called it quits.

Next was Irving’s relationship with R&B singer Kehlani Parish. Theirs was an intense relationship that saw the basketball player declare Kehlani as the special one in one of his tweets. 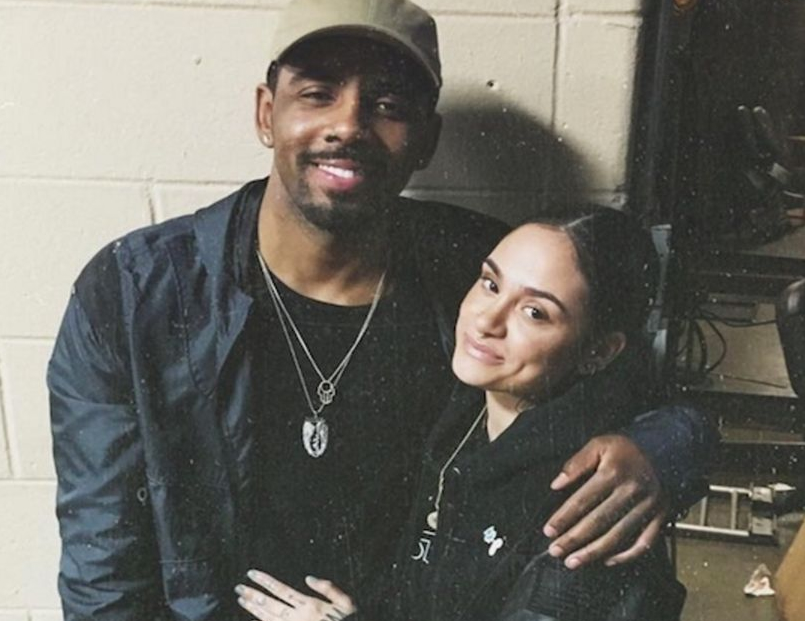 It wasn’t long before their relationship also hit the rocks after it was alleged that Kehlani cheated on Irving with her ex-boyfriend.

Irving is currently linked to social media sensation and brand ambassador Kayce K. Although neither of them has confirmed dating, they are usually seen spending quality time together.

Kyrie Irving was born into a family of 4 members. We bring you brief details about members of his family. 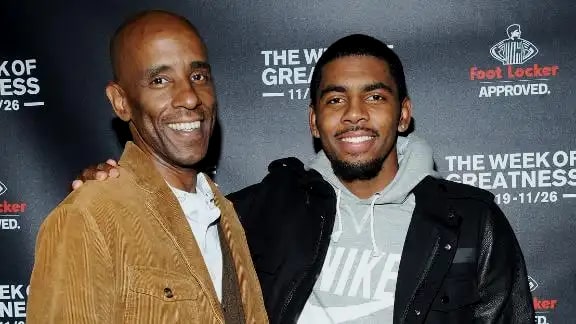 Drederick is renowned for motivating his son to play his way through to the NBA, achieving heights that make the retired basketball player proud of how far they have come.

Elizabeth Irving is the biological mother of Irving. She was an athlete who played volleyball during her college days at Boston University. 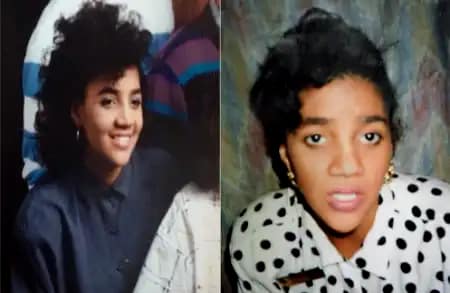 Unfortunately, she didn’t live long enough to see her son develop a full athletic form as she died in 1996 when Irving was only four.

Irving has just two sisters. They include his older sister Asia Irving and a younger half-sister, London Irving.

Asia is a graduate of Temple University and owner of the Elizabeth Smith store. She grew up with Irving for years and is a big fan of his basketball endeavours. 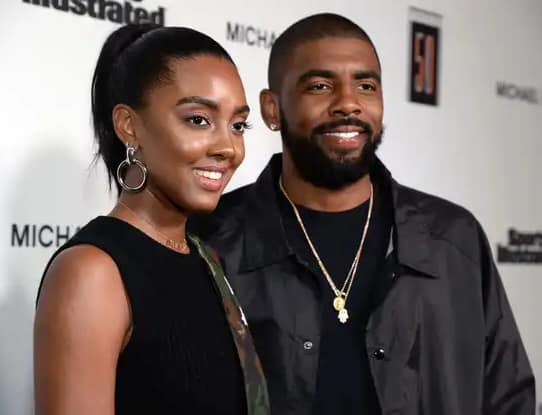 London, on the other hand, is the youngest member and jewel of the family. 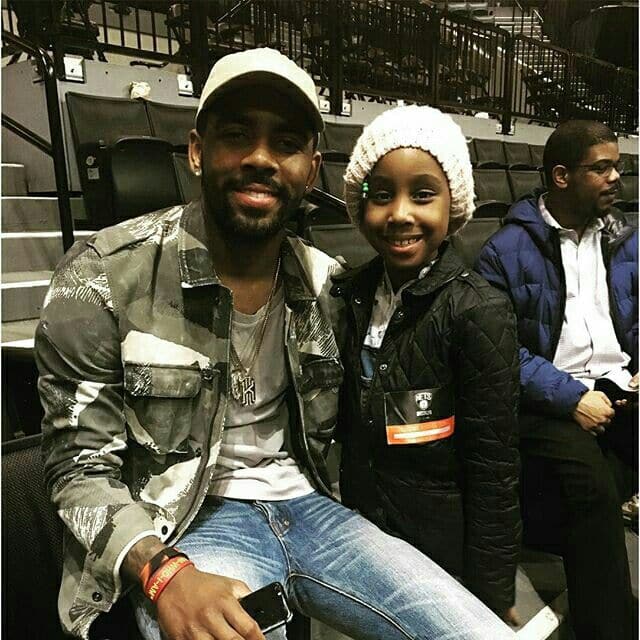 Irving’s popularity in basketball comes from a blend of his sporting skills with his character feature as “Uncle Drew” in advertisements for Pepsi Max.

The advertisements which were part of an endorsement deal began in 2012. Fast forward to 2018 Uncle Drew has become an American sports comedy film directed by Charles Stone III and written by Jay Longino.

In both commercials and film, Irving plays the role of a cranky old man who dominates younger opponents in a basketball game. 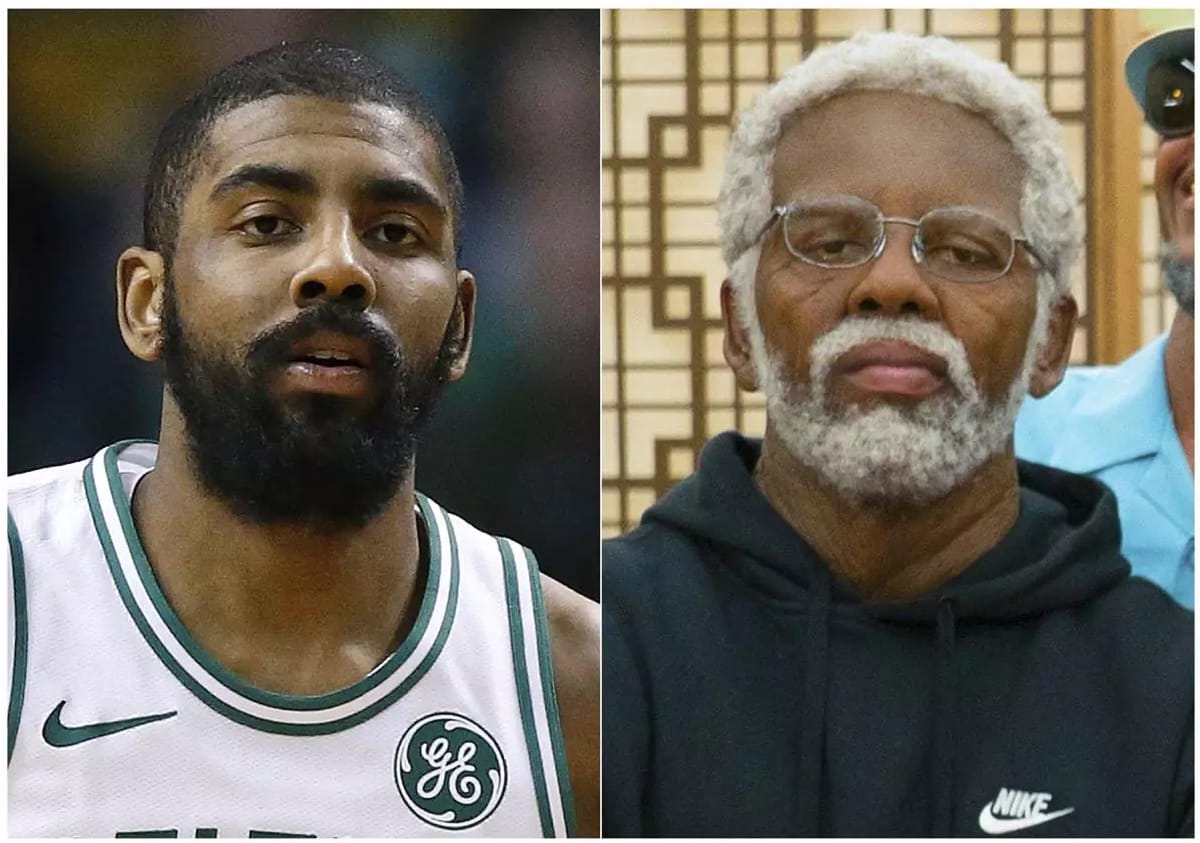 Asides the endorsement deal with Pepsi are those he signed with Nike, EA Sports, Skull Candy, Mountain Dew, Foot Locker, Panini and ProCamp.

Moving away from endorsements Irving has a 3 signature basketball shoe collection called Kyrie 3 that was launched in 2014. 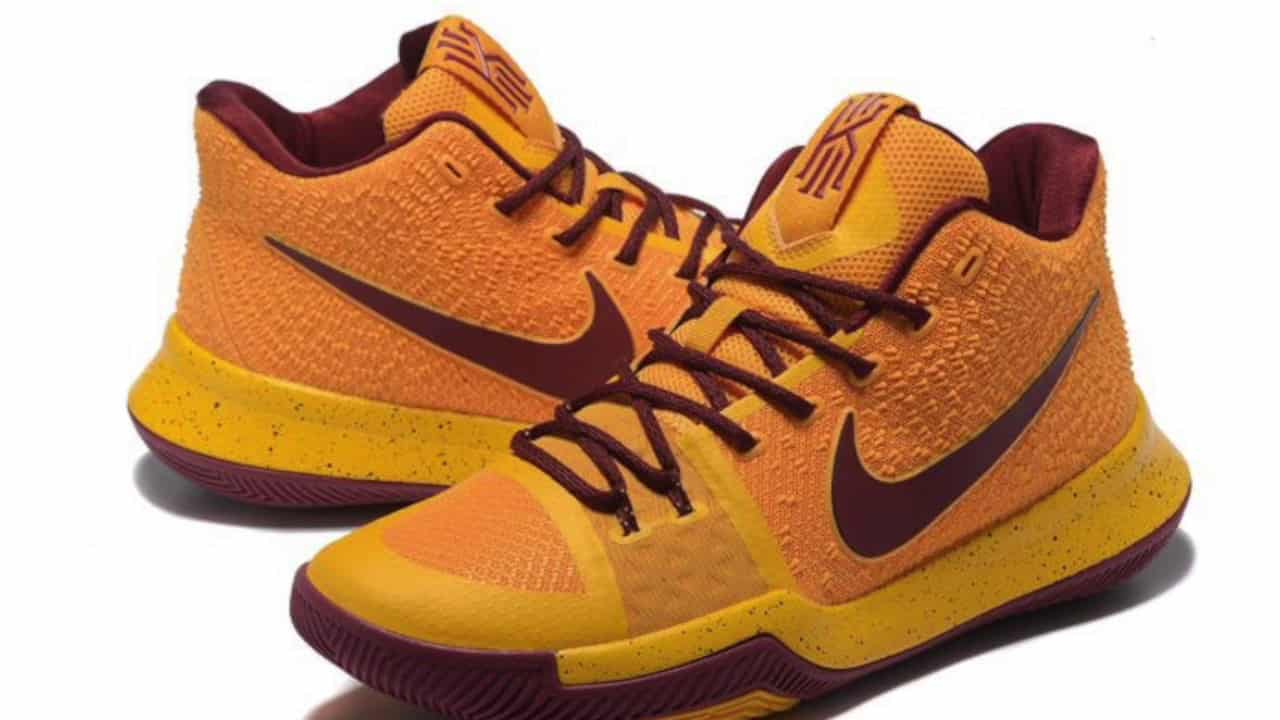 Outside the arena, Irving is an artistic individual whose hobby includes reading, writing, playing the baritone sax and dancing.

Although he did pretty well to shy away from controversy, 2017 was the year he went controversial by strongly stating that the earth is flat. 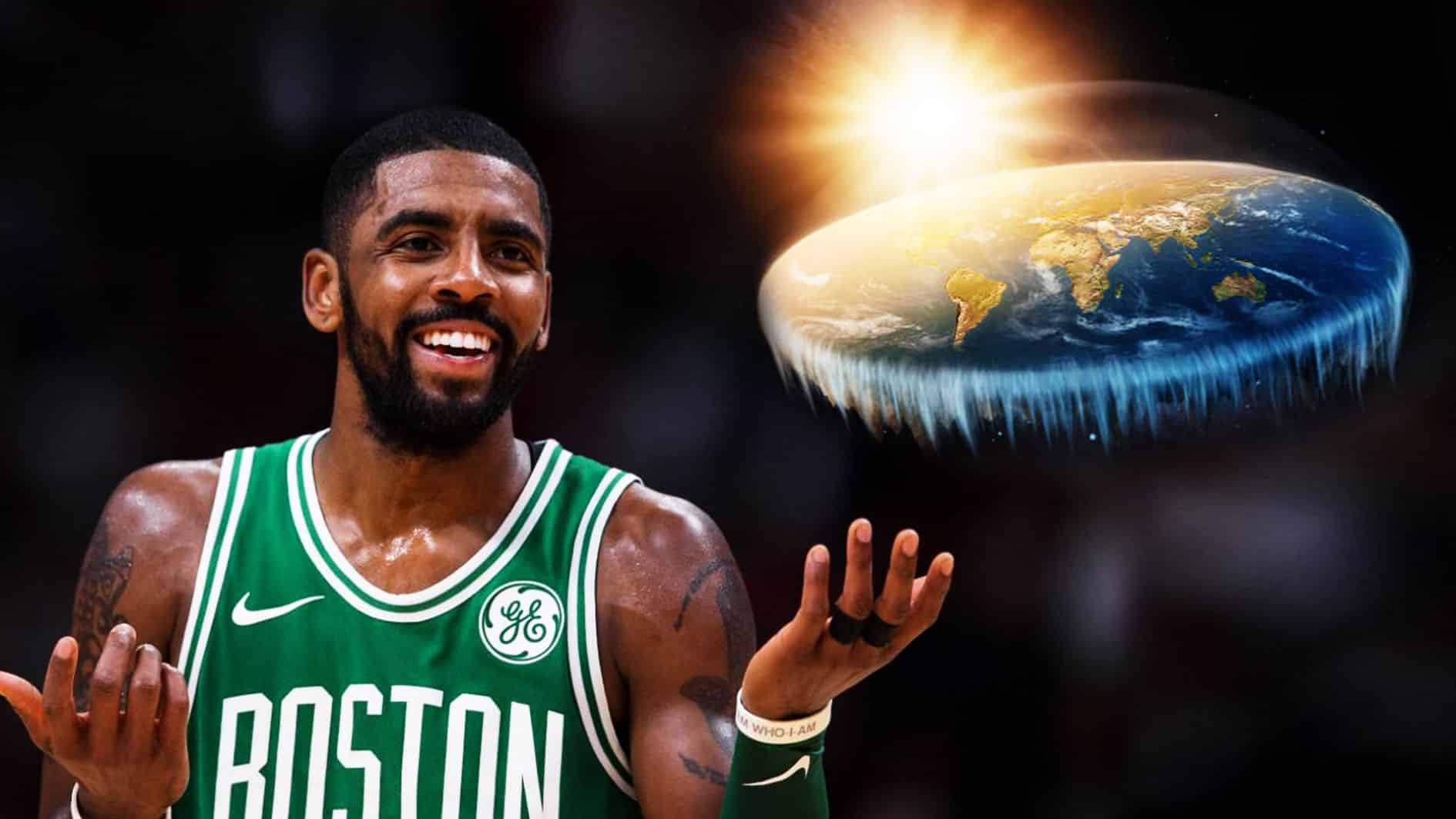 He later apologized and explained that the comments were meant to spur people into doing their personal research rather than accepting what they have been taught.

With an estimated net worth of $50million, Irving does not exhibit a full superstar bearing. This is as evident in his cars collection. He has a 2012 Kia Sorento, Ferrari 458, Lamborghini (Black), Audi R8 (Black) and a Jeep Wrangler. 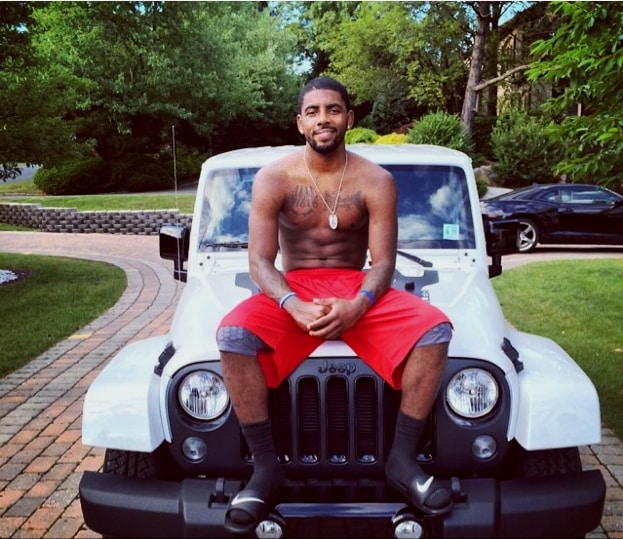 To sum it all, his residential Westlake home in Ohio was sold at $755,000 in 2018. This means that whichever house he currently occupies might not be too lavish. Especially when compared to the sold edifice.

Thanks for taking your time to read our version of Kyrie Irving’s Biography.  At childhood biography, we strive for accuracy and fairness in our daily routine of delivering the Childhood stories of your favorite NBA Stars.