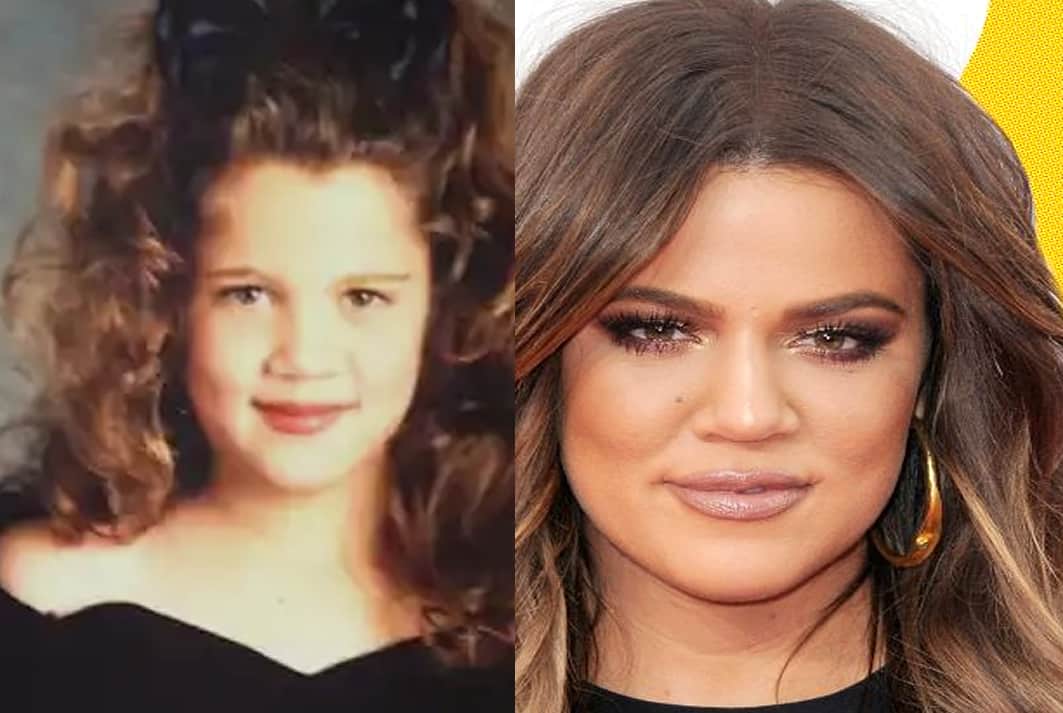 Childhood Biography presents the Full Story of an American television personality with the nickname “Baby K”.

Our Khloe Kardashian Childhood Story plus Untold Biography Facts brings you a full account of notable events from her childhood time to date.

The analysis of the American media personality, socialite, and model involves her early life, life story before fame, family background and personal life.

More so, other OFF and ON-Screen little-known facts about her.

Yes, everyone knows of her open-mindedness and unabashed honesty. However, only a few consider Khloe Kardashian’s Biography, which is quite interesting. Now, without further ado, let’s begin.

For Biography starters, Khloe Alexandra Kardashian was born on the 27th day of June 1984 at Los Angeles in California, USA. She was the third of four children born to her mother, Kris Jenner and late father, Robert Kardashian.

The American national of white ethnicity with Armenian, English, Scottish, Irish, German and Dutch roots was raised in the wealthy suburbs of Los Angeles alongside her older sisters, Kim and Kourtney as well as her younger brother Rob.

Years later, she welcomed the addition of two half-sisters, Kylie and Jenner after her parents’ divorce and mother’s marriage to Caitlyn Jenner (then Bruce).

Growing up in her yet to be famous family, Khloe was a natural blonde with physical features that were in contrast to her older sisters.

This raised speculations on whether Khloe was a real Kardashian or not. The issue was finally laid to rest by a paternity test after the family got popular years later. 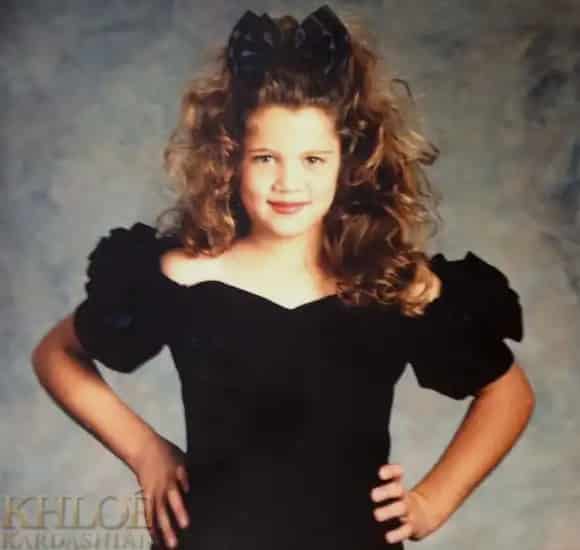 Her educational background only makes up her studies at Marymount High School in Los Angeles. She studied at the school before opting for homeschooling after her sisters’ graduation.

Years later, an established Khole remarked that her decision to opt-in for homeschooling was borne out of loneliness.

“There was no reason for me to stay because I didn’t have any friends.”

The young girl continued with homeschooling until she earned her GED at the age of 17 in the year 2001.

Shortly after obtaining her GED, Khloe was involved in a terrible road accident that flung her through the windshield of the car that she was driving. 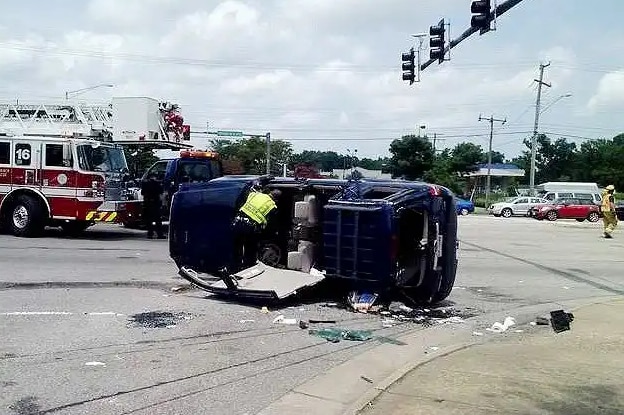 As a result, Khloe suffered brain damage and memory loss, with the latter persisting to date.

Khloe, therefore, has a tendency to forget things quite often, a development that prompted her need for an assistant.

Notwithstanding, she carried on with a normal life and not long after, got starred in a television show where participants competed to become models.

Back then, Khloe remained relatively unknown and worked at her family’s fashion company, D-A-S-H established in 2006.

Her big break came a year later in 2007 following the release of Kim Kardashian infamous s3x video with her ex-boyfriend, Ray J, as well as her family’s decision to benefit from the negative exposure by starting Keeping Up With the Kardashians reality tv show.

The show which is produced by American Idol host, Ryan Seacrest gives insights into the life of Khloe; her sisters, Kourtney and Kim; stepfather Caitlyn Jenner (now Bruce Jenner) mother Kris Jenner; including the two young daughters of Kris and Caitlyn (then Bruce); Kendall and Kylie. 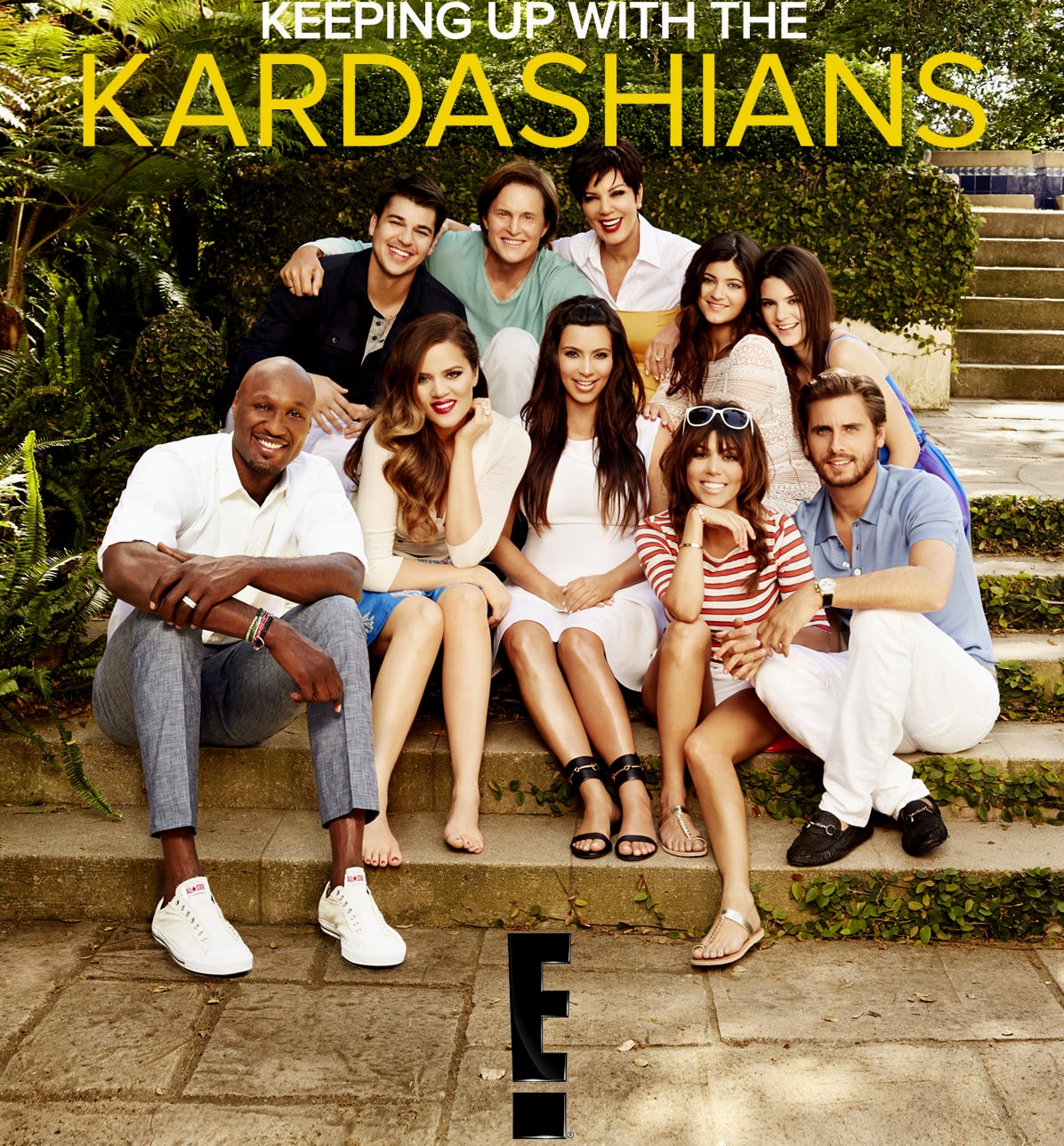 First was her brief relationship with American musical artist Stevie J. Between 2005-2006. They both met and dated at a time Khloe worked as his assistant. 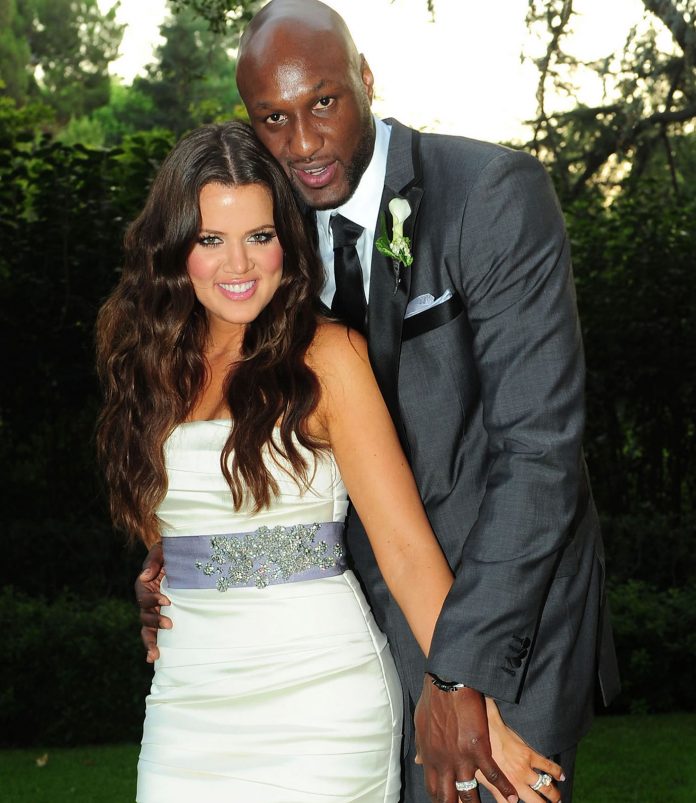 The union, which came a month after they started dating, took a downturn 4 years later with Odom struggling with cheating and drug abuse.

She’s currently having a shaky relationship with Canadian professional basketball player Tristan Thompson. The lovebirds who started out in 2016 have a daughter together named True Thompson (born in April 2018). 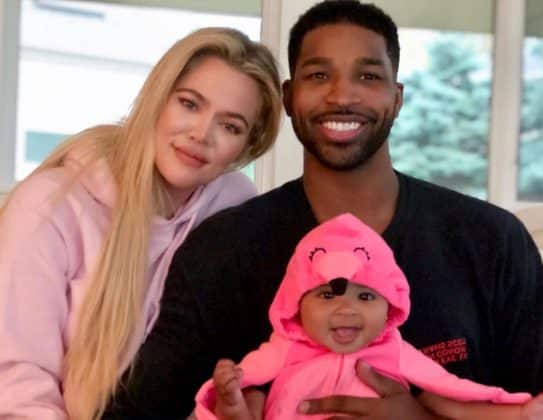 The last is yet to be heard of Khloe’s relationship life as she is reportedly having issues with Tristan Thompson but not ready to call it quits yet.

Khloe was born into a family of 5 and has 8 half-siblings. We bring you factual details about members of her family.

Khloe’s father is late Robert Kardashian. He was a prominent attorney and founder of the music and marketing company known as Movie Tunes Inc.

Robert gave up the ghost after a long battle with cancer of the oesophagus in October 2003. Following his death, the company he owned was inherited by Khloe and her siblings who later sold it.

Khloe’s mother, Kris is a socialite and the former owner of the children’s boutique shop, Smooch.

She is currently involved in managing the businesses of her famous children. Kris was initially married to Robert Kardashian (Khloe’s father) until their separation in 1991. 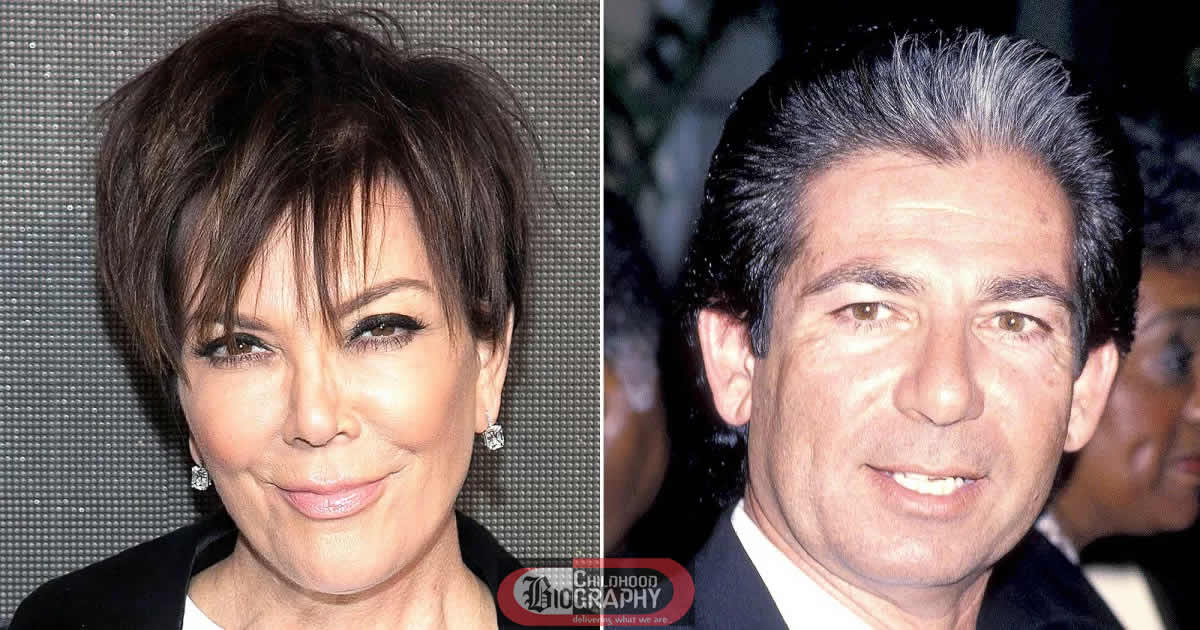 A month after the divorce, Kris got married to Olympic athlete- Caitlyn Jenner (then known as Bruce Jenner). 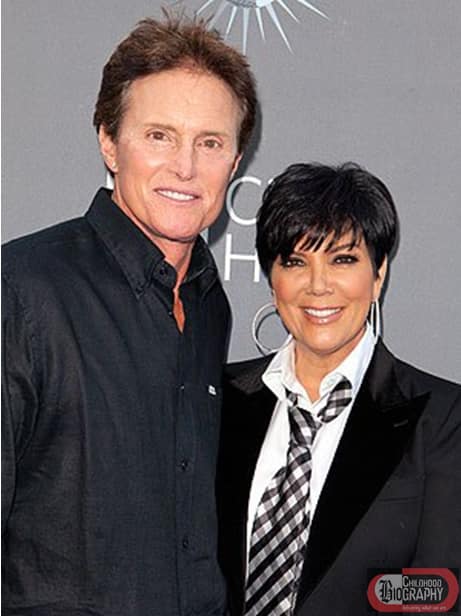 Khloe’s step-father is Caitlyn Jenner (born William Bruce Jenner). She was a husband and father before making her name and gender change official on the 25th of September 2015. 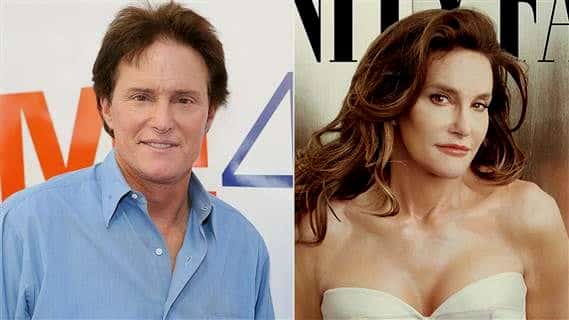 Many years before the change, Caitlyn (then Bruce) was a prized athlete notable for winning the 1976 Olympics decathlon event for U.S.A at the Montreal Olympic Games. 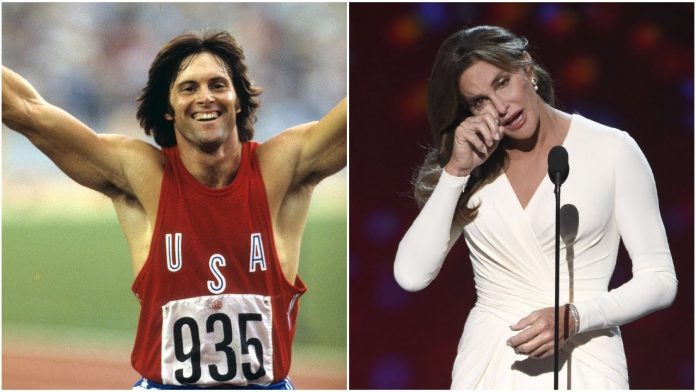 Khloe has five siblings. They include:

Asides from appearing on Keeping Up With the Kardashians, Kourtney has partnered with Khloe in creating spin-offs like Kourtney and Kim take New York as well as Kourtney and Khloe take Miami. 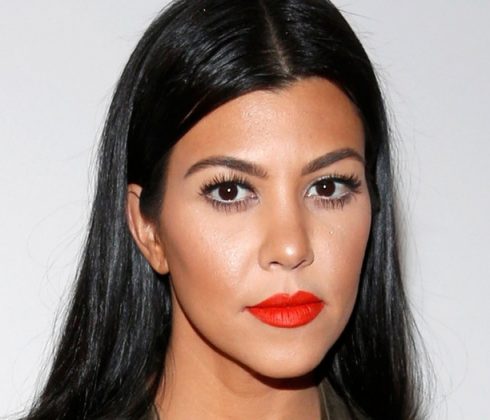 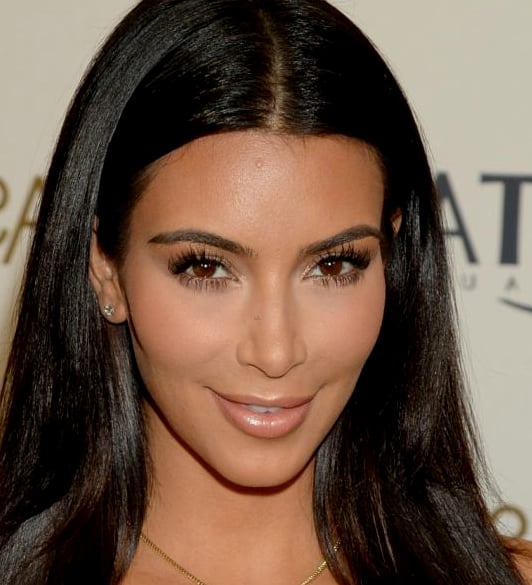 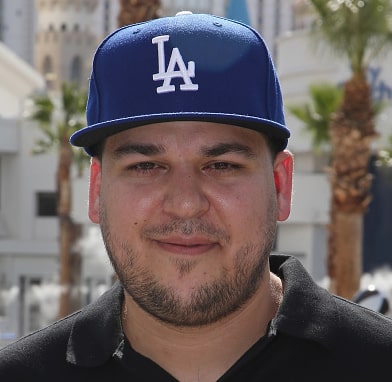 Kendall Jenner, born on the 3rd day of November 1995, is the first of Khloe’s half-sisters. She was born of the union between Caitlyn Jenner (then Bruce) and Kris Jenner.

Kendall also treads the paths of her sisters by working as a model and appearing on Keeping Up With the Kardashians. 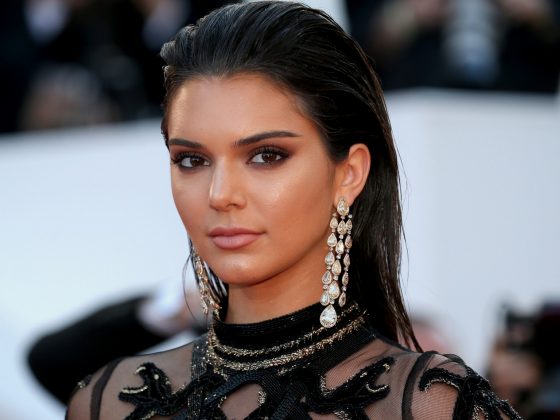 Last but definitely not the least is Kylie Jenner, born on the 10th day of August 1997 to Caitlyn Jenner (then Bruce) and Kris Jenner.

Kylie is the youngest of Kardashian/Jenner sisters and appears on Keeping Up With the Kardashians. She is widely known to have inspired the “Kylie Challenge” after getting her lips fuller with temporary fillers. 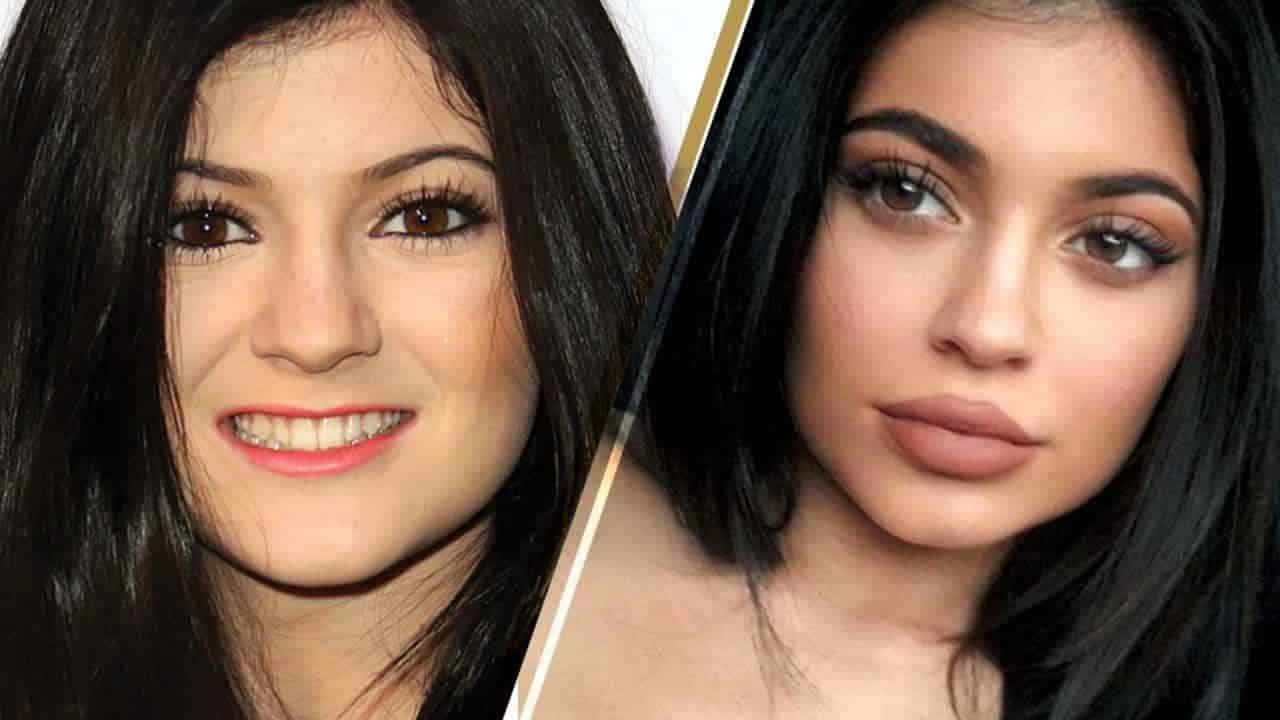 Khloe partners with her sisters on business ventures along with fashion, beauty lines and product promotion.

She additionally design clothing for QVC and Sears as well as have a hand in Quick Trim and Perfect Skin product lines.

Khloe also shares literary interests with her sisters as evident in the release of their novel Dollhouse and book – Kardashian Confidential. 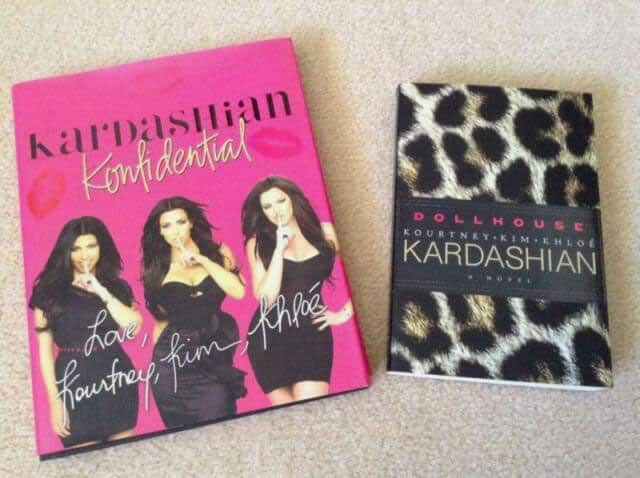 Asides from appearing on Keeping Up With the Kardashians which she reportedly earns $40,000 per episode, Khloe once co-hosted the X factor with Mario Lopez when the second season of the show aired in 2012.

Before breaking up with her ex-husband Lamar, Khloe had a spin-off show. About their lives called “Khloe and Lamar”. As well as released a unisex fragrance called “Unbreakable”.

Khloe is the tallest of the Kardashian sisters, whose physical appearance has been fraught with controversies right from childhood.

Accused of undergoing rhinoplasty at the age of 9 and having surgery to sculpt her impressive shape, Khloe denies all by ascribing her transformation to routine exercises. 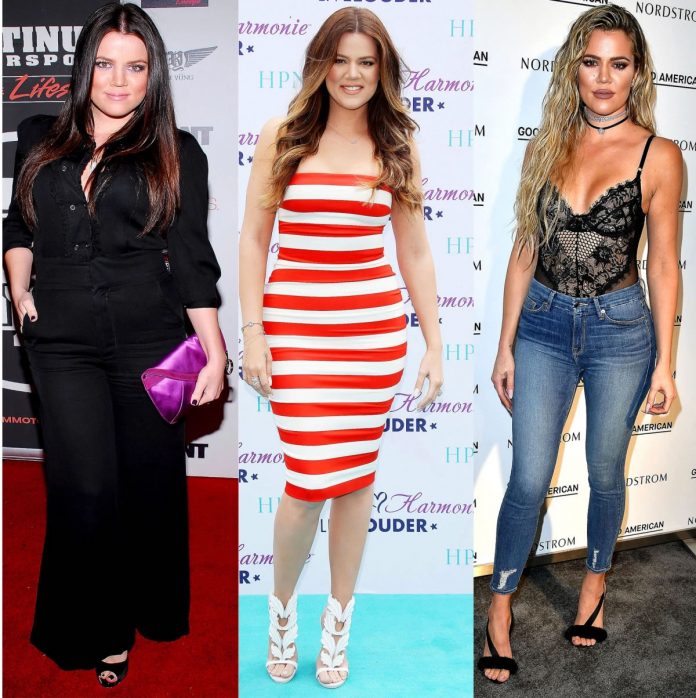 The “voice of reason” among her sisters once spent three days in prison for driving under influence.

Nevertheless, she moved on and is now known to be good at sarcasm, possession of quick wit and exhibition of open-mindedness that made her popular among fans of Keeping Up With the Kardashians.

Regarding matters of faith, Khloe identifies as a Christian who enjoys daily devotionals and attending church with interest in theology. Her hobbies include spending time with family, cooking and listening to music.

Khloe currently lives with her boyfriend Tristan Thompson at their simple lakefront house near Cleveland, Ohio. 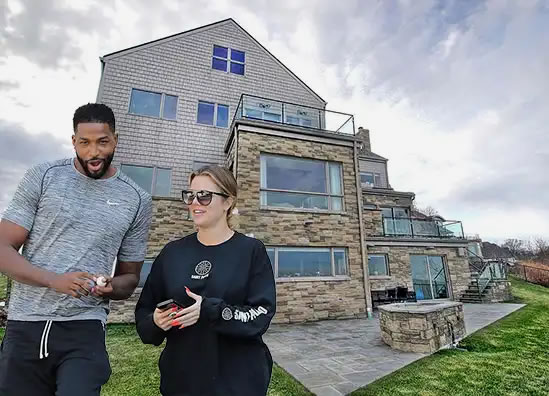 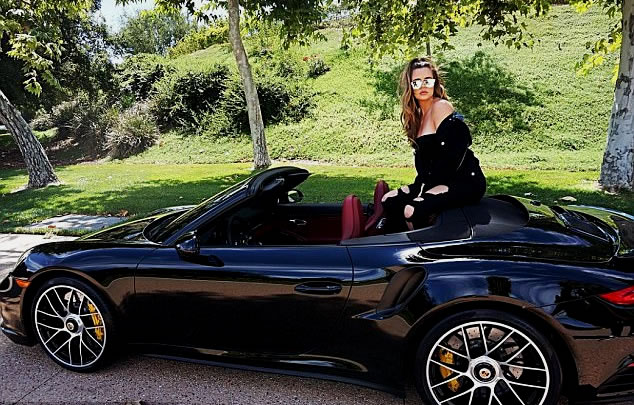 FACT CHECK: Thanks for reading our Khloe Kardashian Childhood Story, plus untold biography facts. At childhood biography, we strive for accuracy and fairness. If you see something that doesn’t look right in this article, please place your comment or contact us!