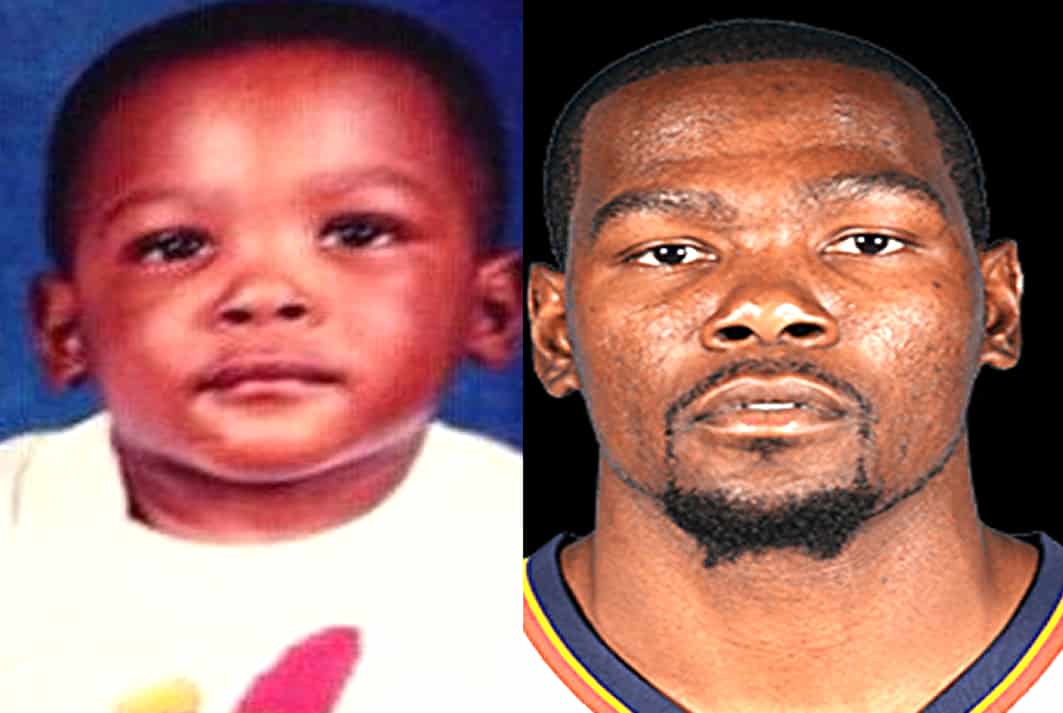 Childhood Biography presents the Full Story of a basketball genius best known by the nickname “KD“.

Our Kevin Durant Childhood Story plus Untold Biography Facts brings you a full account of notable events from his childhood time to date.

The analysis of the NBA Legend involves his early life, life story before fame, family background and personal life. More so, other OFF and ON-Screen little-known facts about him.

Yes, everyone knows he has established himself as one of the best players of his generation.

However, only a few consider Kevin Durant’s biography, which is quite interesting. Now, without further ado, let’s begin.

Kevin Durant was born on the 29th day of September 1988 at Suitland in Maryland USA. Baby Kevin was the second of four children born to his mother Wanda Pratt and to his father Wayne Pratt (pictured below).

Regarding his roots, Kevin is an American national with African-American ethnicity. 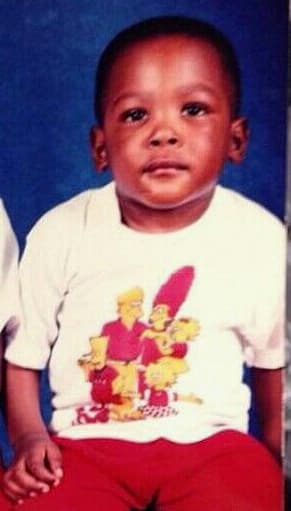 Kevin was only a few months old when his father deserted the family. Consequently, he was jointly raised by his mother and maternal grandmother at the latter’s house in Seat Pleasant, Maryland.

It was at Grandma Barbara house that Kevin grew with his older brother Tony as well as younger siblings Rayvonne and Brianna.

Kevin was educated at a number of schools where he recorded active participation in Basketball. The schools include the National Christian Academy, Oak Hill Academy and Montrose Christian School.

It would be interesting to note that the Basketball prodigy never held the sport in high esteem for the first 10 years of his life. Yes, he never did.

An 11-year-old Kevin made the decision to build a career in the sport, after he had his first taste of serious competition, as a member of the Prince George Jaguars which had AAU teams at every level.

The decision came as Jaguars won one of its national championships with Kevin who scored 18 points in the second half of the final. Kevin was much elated after the game and told his mother that he wanted to play in the NBA. 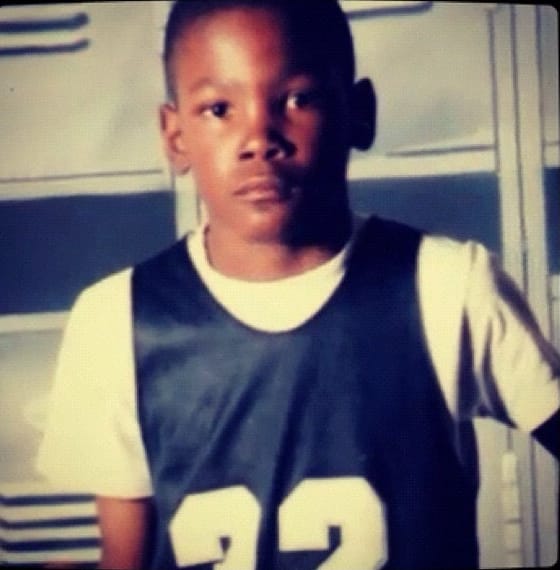 There was no limit in sight to what Kevin could achieve as a young boy aspiring to play in the NBA. At the age of 13-14, he was already standing at 6 ft 0 to teasing from his peers in middle school. 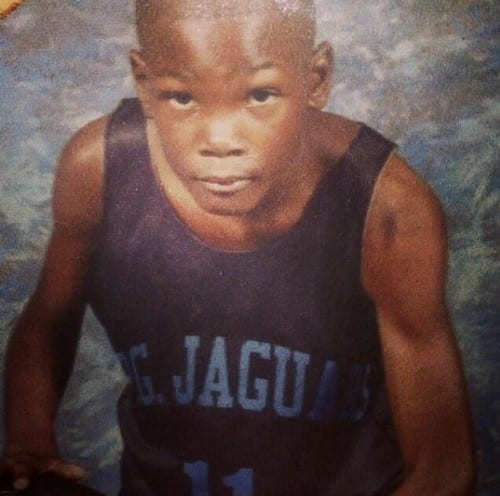 The period also saw his father return to his life and together, toured the United States for basketball tournaments. It was only a matter of years before the youngster began a college career that made way for his breakthrough.

Kevin went to college at the University of Texas where he began a career that accelerated his journey on the road to fame.

While at the University Kevin had an amazing freshman year playing for the Texas Longhorns and winning many awards.

As a result, he only spent a year with the team before his accomplishments secured him a draft in the NBA by the Seattle Supersonics. 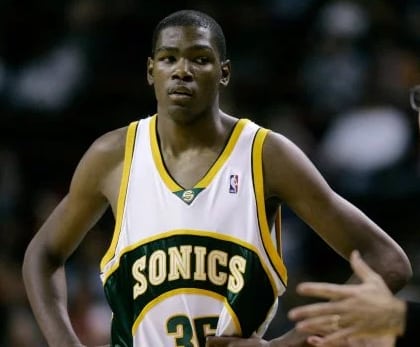 Kevin played for Seattle, now known as The Thunder during his first year, winning the Rookie of the Year award and becoming the third NBA rookie (behind LeBron James and Carmelo Anthony) to average more than 20 points a game. 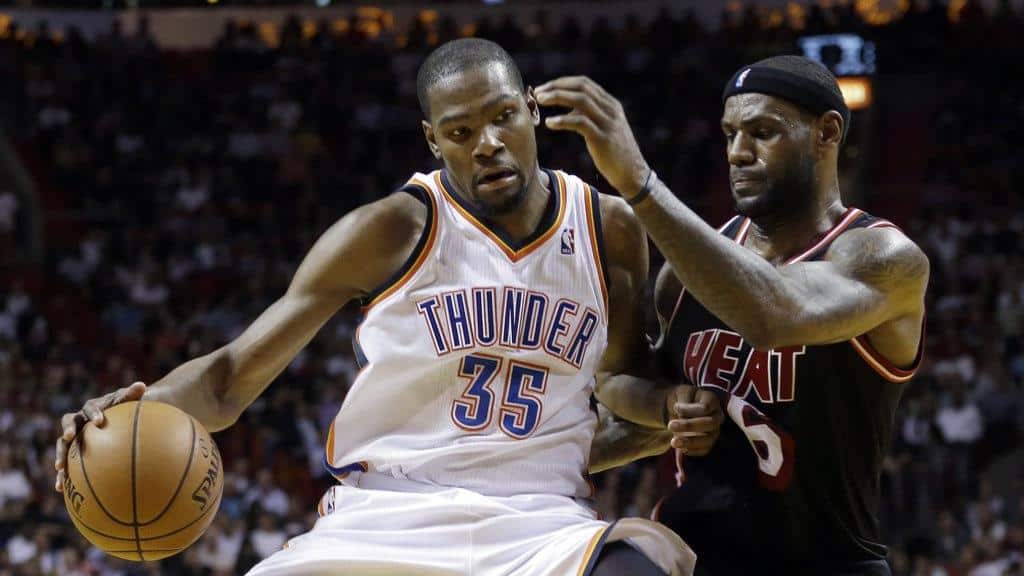 He became famous in his second year in the NBA for leading the league in scoring, finishing second behind LeBron James in the MVP voting and being named in the All-NBA team. The rest, as they say, is history. 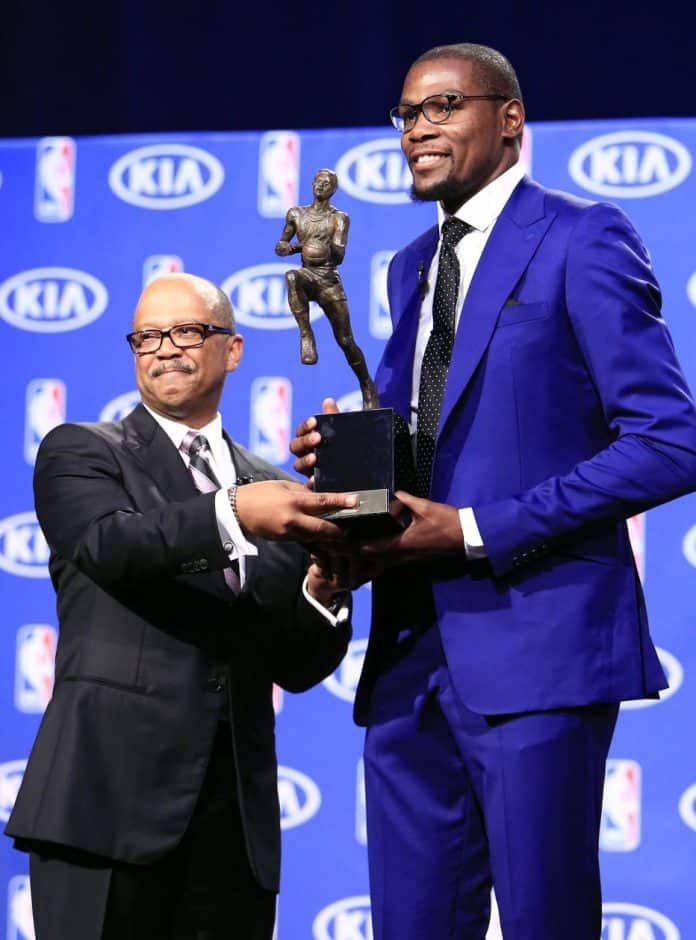 Kevin Durant, like most basketball players, has an amazing body build with impressive income that makes ladies want him as their own. We bring details about his past and present relationship Life.

First was his rumoured relationship with R&B singer, Letoya Luckett. The duo reportedly dated for close to a year between December 2011 to October 2012. However, none of them has confirmed the rumours. 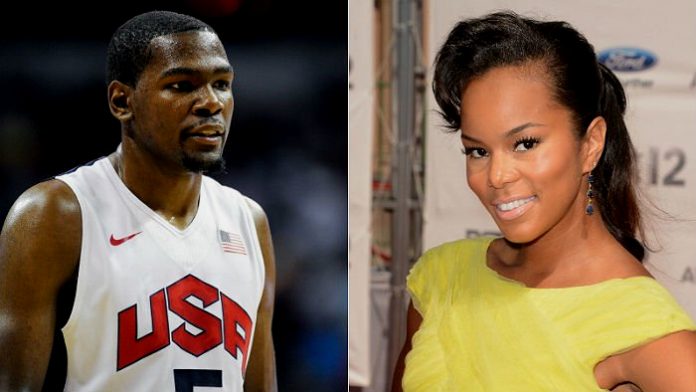 Next was his relationship with basketball player Monica Wright. The ex-lovebirds were at the time of their relationship in 2013 much talked about because they came off as the perfect sporting couple. 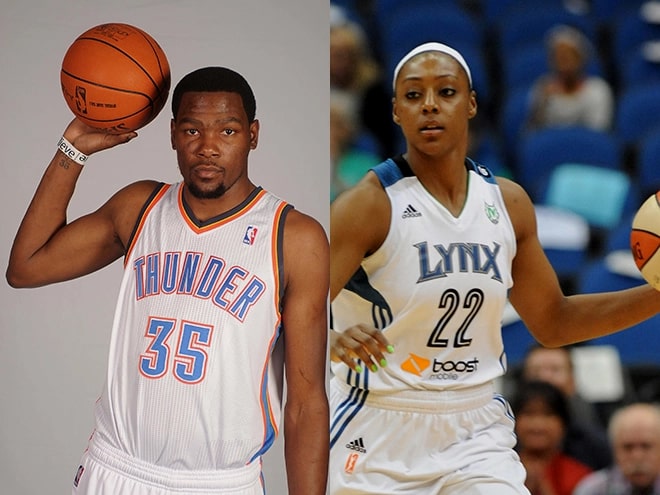 Kevin and Monica got engaged 7 months into their relationship. However, they got to walk down the aisle as the relationship hit the rocks 11 months after.

While reasons for the break up are still unclear, Kevin, during an interview in 2015, spoke of the break in the following manner.

‘I had a fiancee, but … I really didn’t know how to, like, love her, you know what I’m saying? We just went our separate ways.’

On her part, Monica notes that:

There was a lot of criticism over it. But I think God had my back in it. Because I hold to what I know to be true, that is what God will reward instead of what people on the earth think is a good catch”. 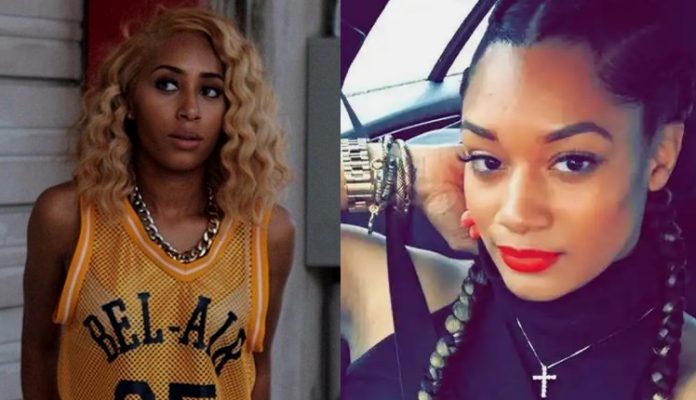 Kevin is at the time of this post dating a real estate age known as Cassandra Anderson. The duo were romantically linked together during the 2017/2018 season. 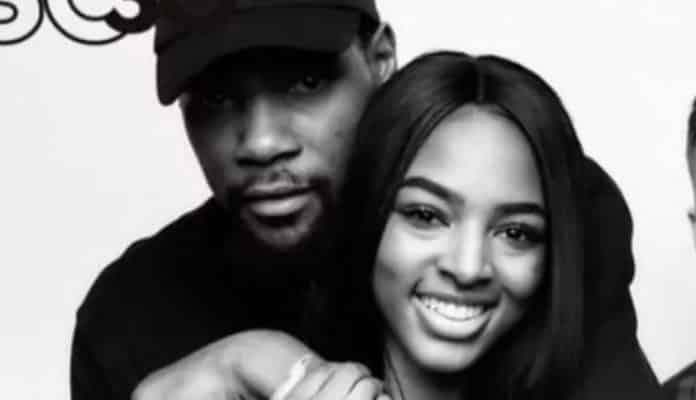 It is hoped that Anderson has what it takes to keep Kevin down and save writers time of writing about the basketballers’ subsequent relationships.

Kevin was born into a family of 6. We bring you factual details about his family.

Kevin’s father, Wayne Pratt works as a Capitol police officer at the Library of Congress. Wayne is known to have deserted his family while Kevin was an infant. Speaking years later about his impolitic decision, Kevin notes that:

“I felt like I was immature, selfish, I was young. I didn’t know what I was getting myself into,”.

Wayne, however, returned when Kevin was 13 and reunited with his family, leading to the birth of Kevin’s younger siblings Brianna and Rayvonne. 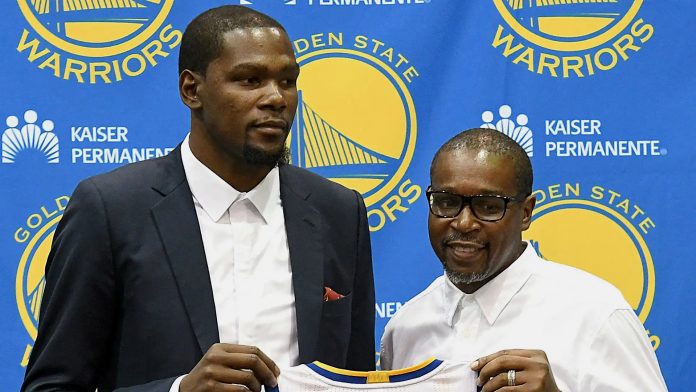 Kevin’s mother Wanda Pratt is a strong woman who raised Kevin and his 3-year-old elder brother against all odds. She is an ever supporting mom who puts up appearances at her son’s game. 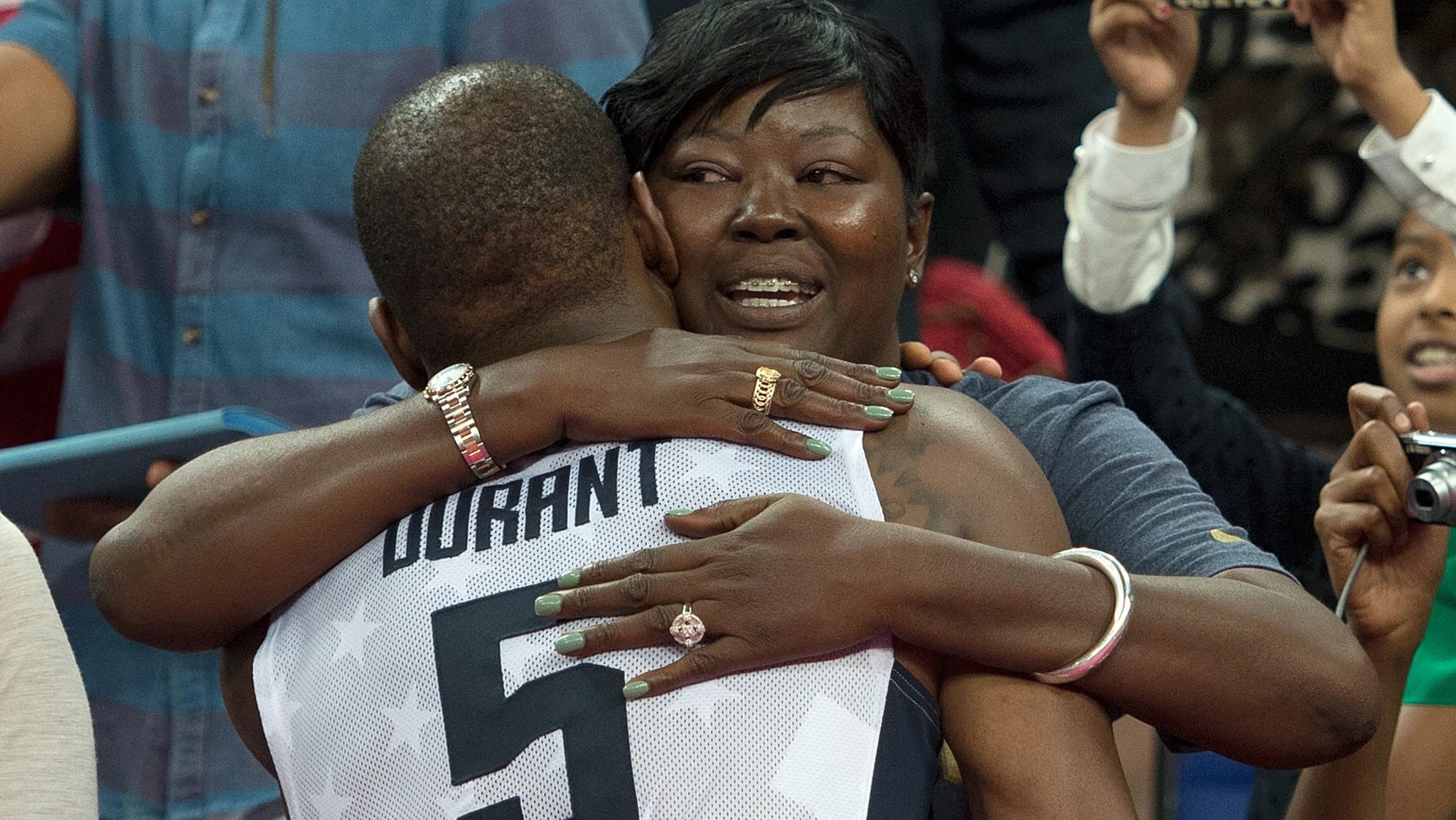 On his part, Kevin is close to his mom, who he cited as a powerful influence in his life and in 2014, thanked his mom when he accepted the MVP award.

More information about the philanthropic, entrepreneur and motivation speaking mom can be found on her website titled, Mama Durant.com.

Kevin is particularly close to his brother Tony, who he grew up with for many years before the arrival of his younger siblings. 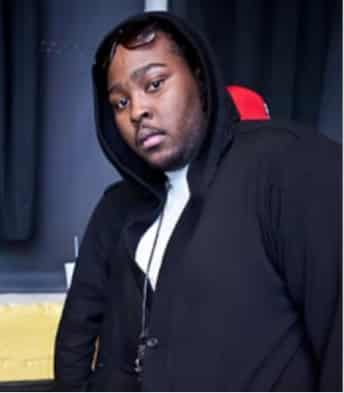 It is worthwhile to note that Tony had a pretty good college basketball career, but unlike his brother, he never made it to the NBA.

Little is known about Kevin’s younger siblings Rayvonne or Briana. In the same light Neither Kevin, his mother nor Tony have pictures of the younger members of the family on their social media accounts.

Moving away from the immediate family member, Kevin’s known relative is his maternal grandmother, Barbara Davis, who helped raise him. 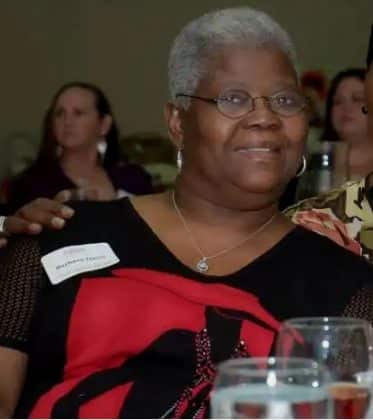 It was Barbara who made Kevin comfortable with his unusual height by constantly telling him that it is for a good cause. Well, the time has proved that she wasn’t wrong.

Kevin Durant, like his counterpart Lebron James, has a number of endorsement deals to the delight of his earnings. 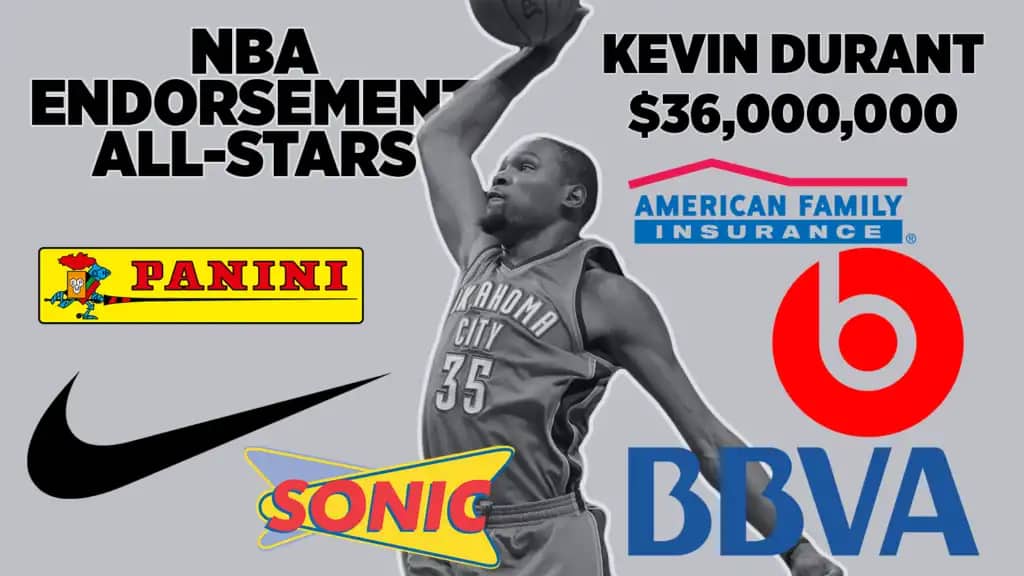 Moving away from Endorsements, Kevin has dived into the business world through his own Silicon Valley-based start-up known as the Durant Company (founded 2016).

The company has more than 30 investments in tech ventures, including Acorns and Postmates. He also owns a restaurant, which is called KD’s Southern Cuisine.

Kevin has a number of noticeable Tattoos. We bring you the body arts and meanings behind each. Beginning with his back is a face of Jesus with a passage from James 1:2-4, which reads:

“Consider it a sheer gift, friends, when tests and challenges come at you from all sides. You know that under pressure, your faith-life is forced into the open and shows its true colours.

So don’t try to get out of anything prematurely. Let it do its work so you become mature and well-developed, not deficient in any way”. 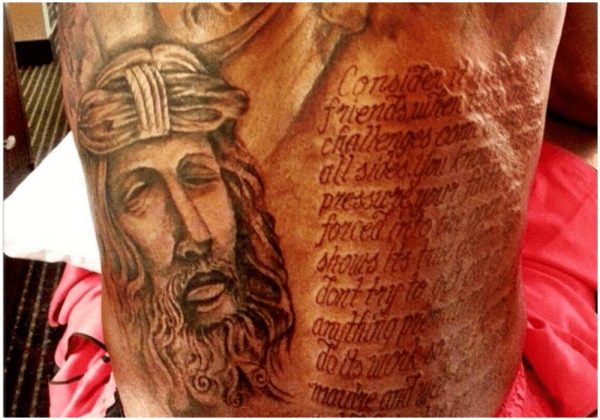 On his Torso are inscriptions that include his grandmother’s name Barbara, his mother’s name Wanda, Inscription from Proverbs 15 verse 33 that reads: ‘walk by faith not by sight’.

There’s also the Washington Nationals-styled “W” which pays homage to his hometown at the southeast of Washington DC. 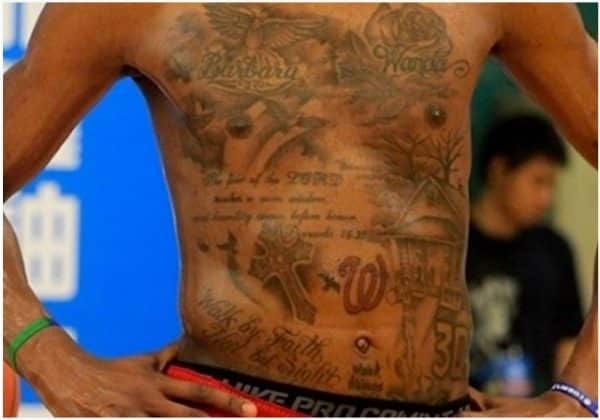 Moving on to his left leg, Kevin has a tattoo of  2pac while there’s an art of Rick James on his left thigh. The tattoos show his honour and appreciation for the ideologies of the late entertainers and activists. 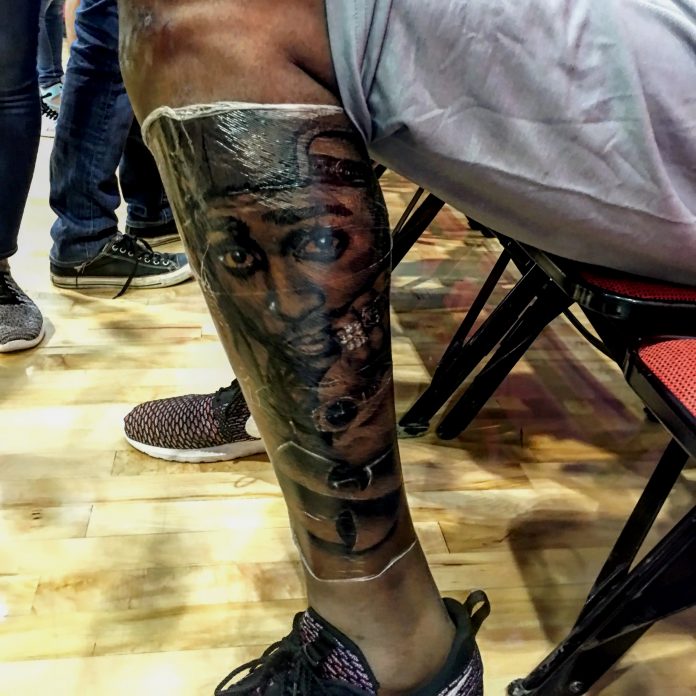 Kevin Durant apparently got a tattoo of Rick James on his thigh (via @stevewiebe's Instagram) pic.twitter.com/tV1V5fcdEa

Kevin is a kind and old school type of guy who strives to be the best in his endeavours while being his true self. Interestingly Kevin is not hard to impress.

The best way to have a connecting conversation with him is over dinner at any steakhouse that has a nice atmosphere, dim lights and playing bands. Did we say he is not hard to impress?. 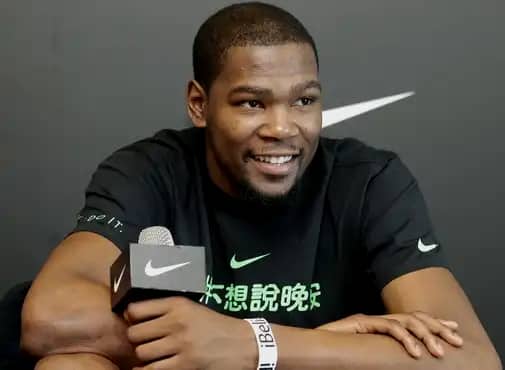 Regarding matters of faith, Kevin is a struggling Christian who desires to grow spiritually by trying to make his walk with faith a little better. Yes, we’re all struggling. 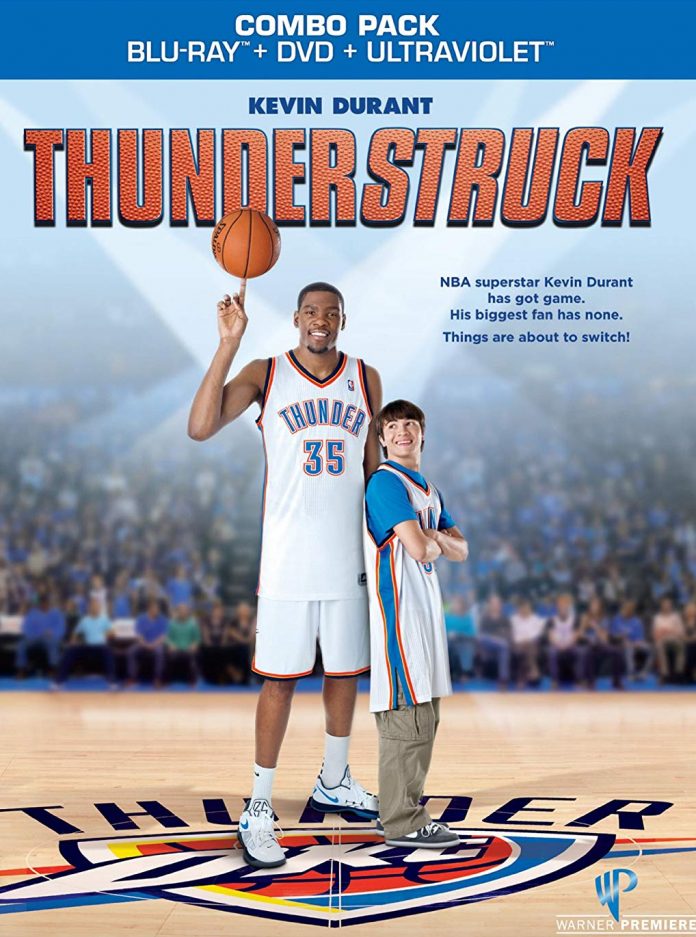 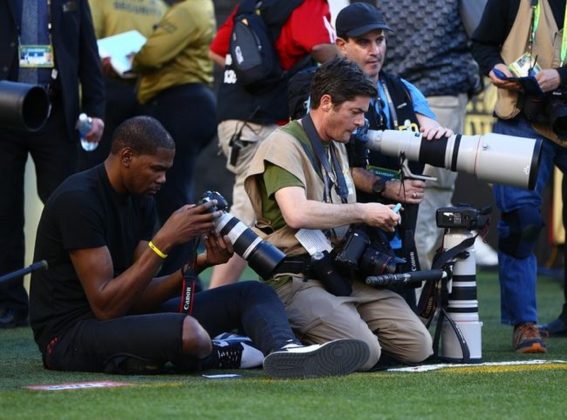 FACT CHECK: Thanks for reading our Kevin Durant Childhood Story plus untold biography facts. At ChildhoodBiography, we strive for accuracy and fairness. If you see something that doesn’t look right in this article, please place your comment or contact us!