CB presents the Full Story of an American Model with the nickname “Kenny“. Our Kendall Jenner Childhood Story plus Untold Biography Facts brings you a full account of notable events from her childhood time to date. The analysis involves her early life, life story before fame, family background and personal life. More so, other OFF and ON-Screen little-known facts about her.

Yes, everyone knows of her quick rise to fame. However, only a few consider Kendall Jenner’s biography which is quite interesting. Now, without further ado, let’s begin.

Kendall Nicole Jenner was born on the 3rd day of November 1995 at Los Angeles in California, United States.

She was the first of two daughters born of the union between her mother Kris Jenner (a socialite) and to her father Bruce Jenner (now Caitlyn Jenner after s3x reassignment).

Regarding her family background, Kendall is an American national of white ethnicity with Scottish, Irish, Dutch, German, and Welsh roots.

Young Kendall was raised alongside her younger sister Kylie and famous Kardashian half-siblings in the wealthy suburbs of Los Angeles, beholding an up-close view of Hollywood pleasures and pitfalls.

Growing up in the stepfamily whose name became synonymous with stardom, Kendall had the family’s connections and social status at her disposal. It was only a matter of years before the family’s commonwealth found expression in her developing physical appearance.

Kendall academic or education background comprises of her studies at Sierra Canyon School. The budding celebrity was still studying at the school when she began appearing alongside her family on their hit reality television series, Keeping Up with the Kardashians in 2007.

Asides screen appearances, Kendall was a cheerleader for her school’s football team until she opted in for homeschooling in order to meet the demands of fashion shoots during the early days of her successful modelling career.

“I had to unfollow all my friends that I went to school with. They probably all thought I hated them but I just couldn’t see it, you know, because they would always post photos and they were all at the prom and I was like, ‘Can’t see it’. It really just made me sad.”

Kendall Jenner is yet to be married, we bring you details about her dating history and current relationship status. To begin with, it is worthwhile to note that Kendall has never stayed long in a relationship. As a result, she makes the best out of dating in a few months and eludes dramas that are associated with long-term relationships.

Men that have made it to her stint list include:

The last has not been heard of her dating style as she was last seen with basketball player Blake Griffin and point guard Ben Simmons between the last quarter of 2017 to late 2018.

Kendall was born into a family of 4 and has 8 half-siblings. We bring you factual details about members of her family.

About Kendall father: Caitlyn Jenner (born William Bruce Jenner) is Kendall’s father. She used to be a husband and father until her name and gender change became official on September 25, 2015.

Decades before that Caitlyn (then Bruce) was an athlete who won the 1976 Olympics decathlon event for the USA at the Montreal Olympic Games.

About Kendall mother: Kendall’s mother, Kris is a socialite and former children’s boutique shop owner. She is also involved in business management deals with the rest of her other famous children.

Kendall’s mother Kris was formerly married to lawyer Robert until 1991.

The mother of 6 quickly tied the knot with Olympic athlete- Caitlyn Jenner (then Bruce) one month after she divorced Robert.

About Kendall Sibling: Kendall immediate younger sister is Kylie Jenner. She was born on August 10th, 1997 of the union between Caitlyn Jenner (then Bruce) and Kris Jenner). Kylie is also the youngest of children born of her mother Kris Jenner. Asides appearing in Keeping Up With The Kardashians, Kylie is popular for getting her lips fuller with suction via an augmentation operation in 2015.

About Kendall Half Siblings: Kendall has 8 half siblings out of which 4 are the famous Kardashians born of her mother’s Marriage to Robert Kardashian. The Kardashians are all Tv personalities with interests in fashion and modelling.

2. Cassandra Marino: She is the second child born of Caitlyn (then Bruce) first marriage with Chrystie Crownover. Cassandra was given birth to at a time when her parents’ marriage hit the rock’s, in fact, Caitlyn had advised that she should be aborted but Chrystie resolved to bear the child. It’s not surprising that the Cassandra has not been in good terms with Caitlyn ever since.

3. Brandon Jenner: He is the first child born of Caitlyn (then bruce) second marriage with actress and beauty queen Linda Thompson. Brandon is a pop musician who alongside his wife Leah constitute the Brandon & Leah indie pop group.

Last but definitely not the least is Brody Jenner. He was also born of Caitlyn second marriage to Linda Thompson. Brody is a model, socialite and TV personality who also appear in Keeping up with the Kardashians.

Kendall has a shy personality and is probably the most secretive of the Kardashian Sisters. She is also the tallest of the sisters who identify as a 100% Christian. She backs her faith with actions as evident in her numerous philanthropy endeavours including the operation of an eBay account where she auctions her clothes to raise money that funds Children’s Hospital Los Angeles. Her hobbies include riding horses, surfing and hiking.

Kendall lives in an $8.5 million worth of house at Beverly Hills. The 5,625 square feet home has 5 bedrooms, 8 bathrooms and other luxurious features.

She has no fewer than 5 cars in her garage that matches her model status. They include Camaro GTO, Range Rover, Rolls Royce, Vintage red Mustang and Aqua Corvette Stingray convertible.

FACT CHECK: Thanks for reading our Kendall Jenner Childhood Story plus untold biography facts. At childhood biography, we strive for accuracy and fairness. If you see something that doesn’t look right in this article, please place your comment or contact us! 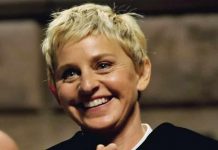