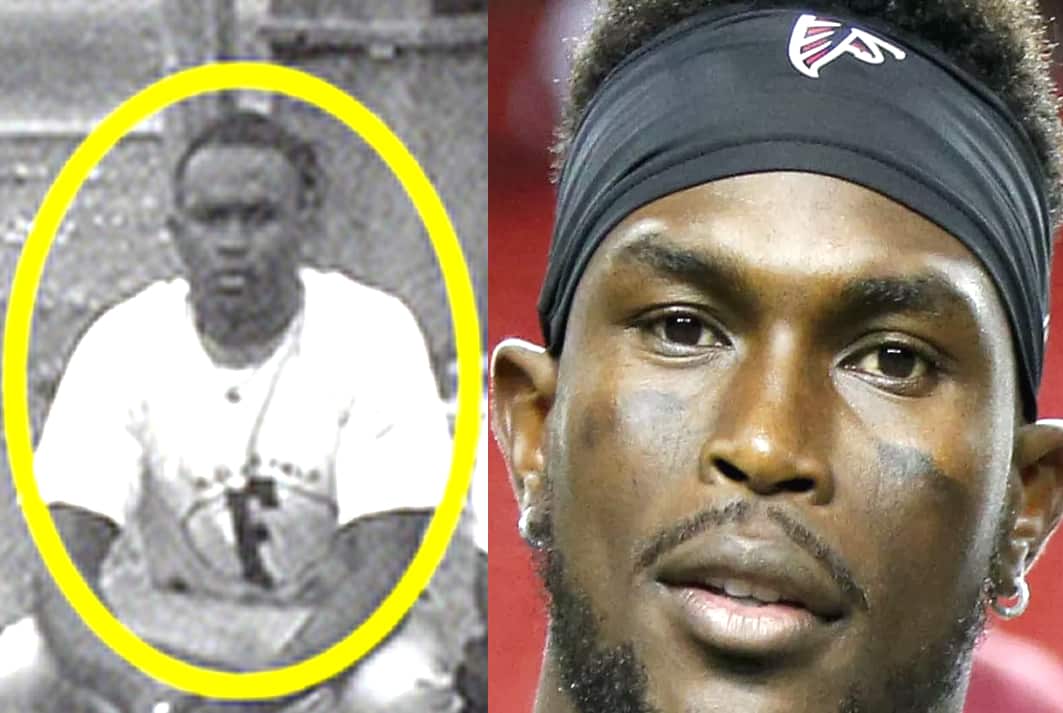 Childhood Biography presents the Full Story of an American football Genius best known by the nickname “The Silent Assassin“.

Our Julio Jones Childhood Story plus Untold Biography Facts brings you a full account of notable events from his childhood time to date.

The analysis of the American football wide receiver involves his early life, life story before fame, family background and personal life. More so, other OFF and ON-Screen little-known facts about him.

Yes, everyone knows he alongside Anthony Brown are among NFL’s best wide receivers.

However, only a few consider Julio Jones’ Biography, which is quite interesting. Now, without further ado, let’s begin.

Starting off, Quintorris Lopez “Julio” Jones was born on the 8th day of February 1989 at Foley in Alabama, USA.

He was the second child born of the union between a father whom little is known about and his mother Queen Marvin (worker at a fast-food restaurant). 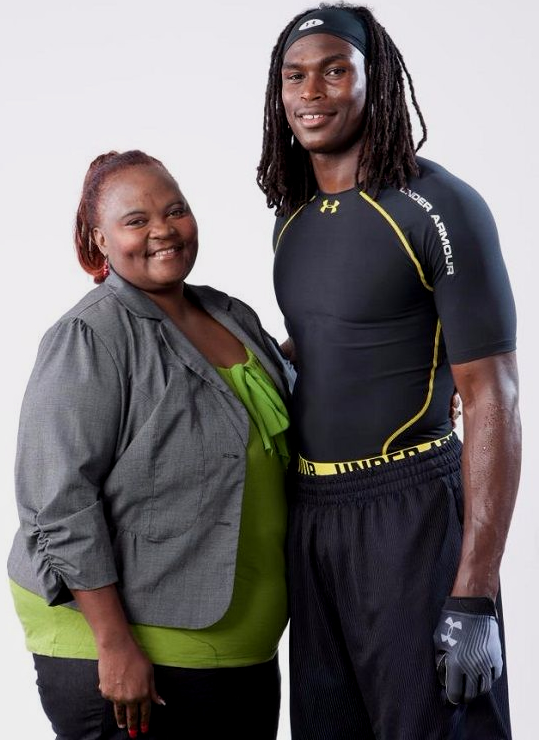 Regarding his family background, Jones is an American National of African-American ethnicity with Afro-American roots.

Growing up in the violent neighbourhoods of Foley alongside his elder brother Philip, young Jones adapted to living without paternal care after his father left the family when he was only 5 years old.

The abandonment turned out to be a career-defining moment for Jones, who took it upon himself to become the future breadwinner of his mother and brother.

On her part, Jones’ mother did the best she could to cater for her fast-growing sons and shield them from being influenced by the depravity in their neighbourhood.

“She was strict, but she was just trying to teach me right from wrong. The neighbourhood I came from, there was a lot of violence and people selling dope. She just tried to keep me straight and keep me level-headed.”

Revealed Jones of his upbringing.

Jones’ academic background comprises of his education at Foley High School in Alabama. While at the school Jones was a silent kid whose actions spoke well of his athletic capabilities.

The youngster recorded active participation in baseball, track, basketball and football to the admiration of his youth football coach Clark Stewart.

The coach would usually watch with awe as to how Jones played games without getting his kit dirty because his peers could not tackle him.

“Julio Jones was 11 years old when I made him start for Foley High School. He was one of those kids who was so gifted as an athlete, with speed, balance and power.”

It wasn’t long before Jones’ dedication to football and excellent play in wide receiver and defensive end capacity saw him become a star player and was in 2008, listed as No. 1 wide receiver prospect nationwide. 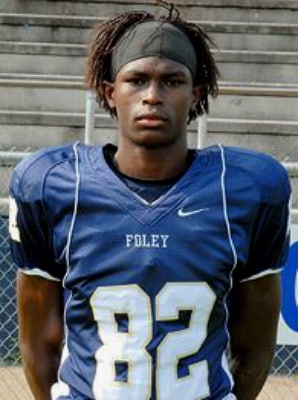 Upon graduation from high school, the football prodigy who used to be recruited to play for colleges during his sophomore year committed to Alabama Crimson Tide. Thus began his greater exploits on a highway to fame.

He arrived at the University of Alabama at a time when its football team was at an all-time low and helped changed its fortunes by helping his side win the SEC West championship. 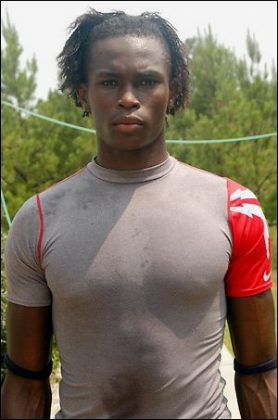 His performance didn’t go unnoticed by unrelenting fans who would seize any opportunity to mob him for autographs.

In addition, he was named SEC Freshman of the Year by Associated Press and voted to the All-SEC Coaches’ Football Team (first team).

2011 was the year in which a confident and much-celebrated Jones sacrificed his senior season at Alabama by declaring eligibility for the NFL draft.

He was competitively selected by Atlanta Falcons, which traded five draft picks in order to select Julio as the 6th pick in the first round.

Fast forward to date Jones has proven at Falcons that his high school and college career records were no fluke by exhibiting top form and tact that makes him one of the NFL’s very best wide receivers. 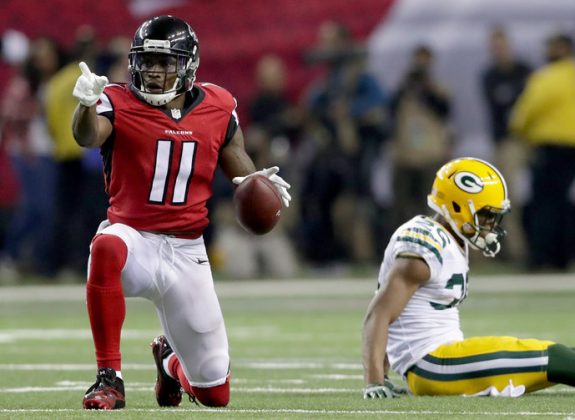 Although Jones’ impressive professional bearing is self-evident, his relationship life does leave much to be imagined. 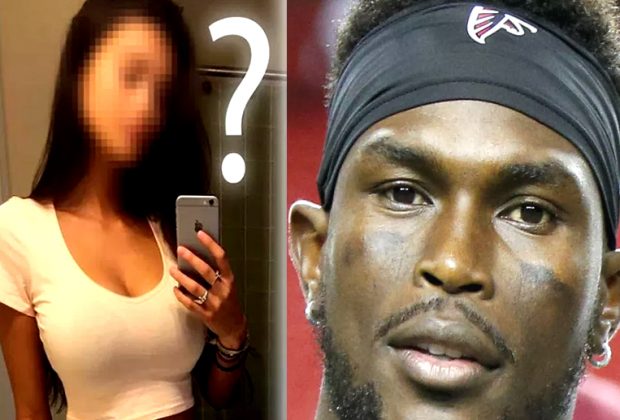 There have been speculations over the years not just regarding who his girlfriend is but of his s**xu*l orientation.

While the speculations rage on and opinions differ, Jones is unbothered and continues to guard his privacy.

Jones was born into a family of 4 we bring you factual details about members of his family.

Little is known about Jones’ father, who abandoned his family when Jones was five.

Queen Marvin is the heroic mother who singlehandedly raised Jones and his brother in the violent neighborhoods of Forley.

Marvin is a hardworking and supportive parent who passed her good work ethic to her children. In addition, she holds her children in high esteem and has high expectations from them. 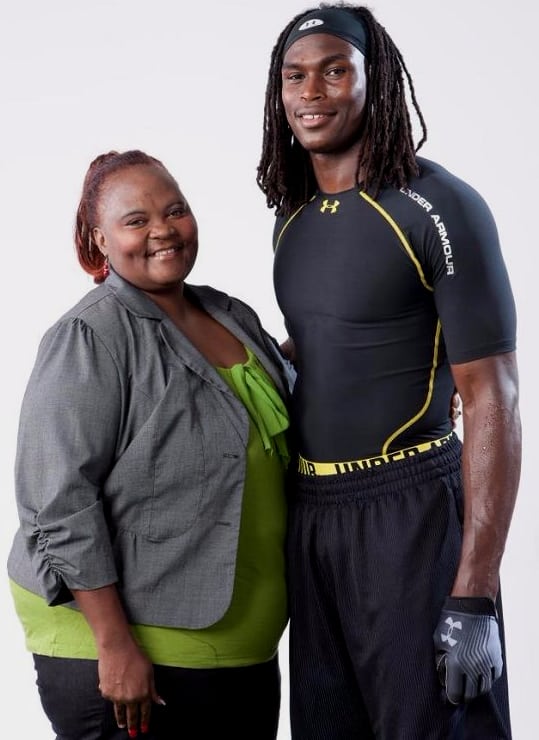 Marvin named Jones “Quintorris” (meaning gladiator) because she thought he was going to be a girl according to her:

“The reason I gave him Quintorris is because they told me he was going to be a girl. He wasn’t a girl, and my name is Queen, so I let him have Quintorris anyway.”

Marvin, however, decided not to call her son Quintorris when he was aged 12. She instead decided to call him Julio, and the name has stuck ever since.

Jones’ only sibling is his elder brother named Philip. The brothers grew up as an inseparable pair and are still close till date with Philip attending most of Jones games.

Philip is sadly one-handed because his left arm was surgically removed after it suffered damages from a gunshot wound.

Philip makes up for whatever he misses from not having a left arm by watching Jones utilize his own in playing football. According to their mother Marvin:

“It has been difficult for [Phillip] to deal with. When he looks back, and his arm is not there, it is hard just like it would be for anybody, and it is hard not to get down about it.

It is hard for me to see it too because he is my son. But when Julio plays like that it lifts him up. They are brothers, and they were always together.

You can see what it does for him when Julio makes a run and a catch or something like that. It makes him happy and it makes all of us happy. He can feed off the excitement a little bit,”

Jones has his sustained top form and likeability to thank for clinching a number of endorsement deals.

They include those he signed with Champs Sports, Chevrolet, and Finish Line. Others include his deals with Under Armour and Vita Coco. 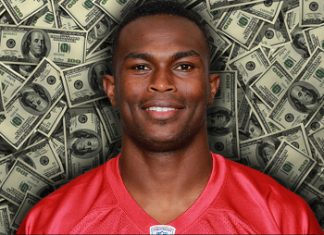 Part of income earned from endorsements and contract signings with his team Falcons has been invested by the football player in a $200 million real estate development outside Atlanta among other investments.

Jones is a low-key individual who neither trash talk nor gets involved in unhealthy compromise but dominates his game.

Nicknamed the silent assassin, Jones has a huge tattoo of a gladiator to match his name Quintorris. His hobby includes working out, Bowling and fishing. 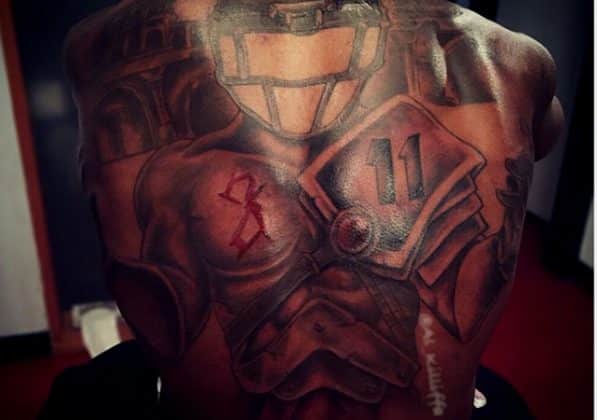 Jones has an awesome collection of cars to show as rewards for his commitment to duty. They include Ferrari 458 spider Italia, Dodge Viper, Bentley, Porsche, and Audi R8. 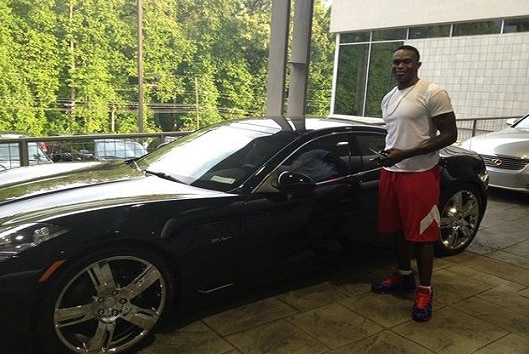 The flashy automobiles are sheltered in his lavishing and beautiful mansion worth millions of dollars at Buford Atlanta. 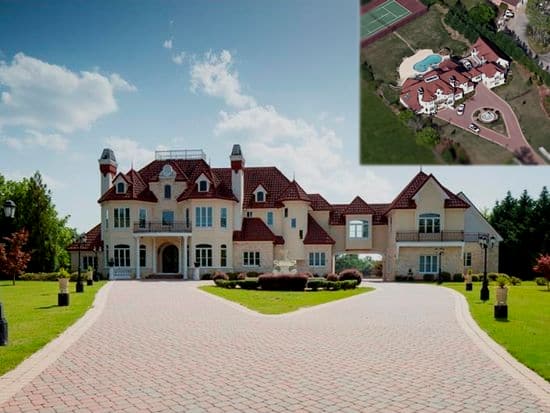 Thanks for reading our Julio Jones Childhood Story, plus untold biography facts.

At ChildhoodBiography, we strive for accuracy and fairness in our quest to deliver you the Biography of NFL Players Biography.

Kindly stay tuned for more related articles in our famous singers’ category. You may find some interest in the childhood story of Aaron Donald, Tom Brady, Davante Adams, and Carson Wentz.

Hi My name Lane Moore I trying to find out if this is the same Julio I taught how to catch a football in Kindergarten in Miami Florida, I was his counselor in the YMCA program, I took Julio and 27 other kids outside each day to teach him how to catch a football with blazing throws , he became the greatest football catcher at 5years old . He moved away out of state and I left as well . If this is the same kid I’m sure he’s been looking for me .