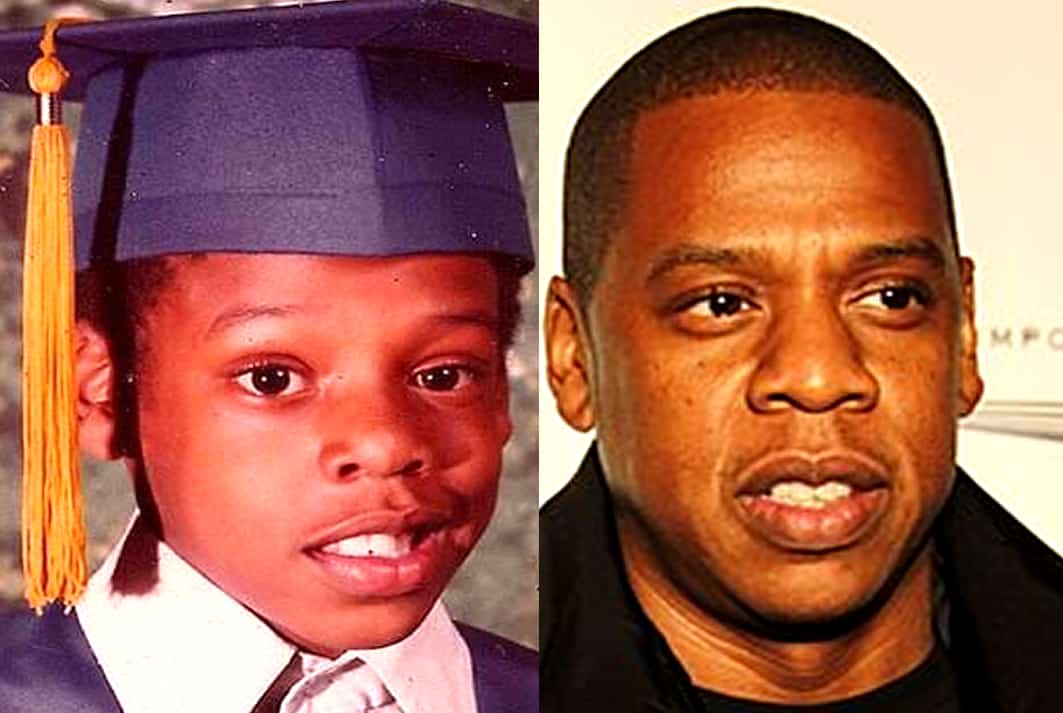 Our Jay-Z Childhood Story plus Untold Biography Facts brings you a full account of notable events from his childhood time to date.

Yes, everyone knows he is one of the most influential figures in hip-hop. However, only a few consider Jay-Z’s Biography, which is quite interesting. Now, without further ado, let’s begin.

Jay-Z (christened Shawn Corey Carter) was born on the 4th day of December 1969 at Brooklyn in New York City, USA. He was the last of four children born to his mother, Gloria Carter, and to his father, Adnis Reeves.

Regarding his roots and ethnicity, Jay-Z is an American national of black ethnicity with African-American roots.

Young Jay-Z was raised at the public housing complexes of Marcy Projects in Brooklyn where he grew up alongside his elder sisters; Andrea and Michelle as well as his older brother Eric.

Growing up in Brooklyn’s drug-infested (at the time) Marcy Projects, Jay-Z was surrounded by societal ills save for the good influence of music, which helped shaped his upbringing and set sails for a brighter future.

“I grew up in Marcy Projects in Brooklyn, and my mom and pop had an extensive record collection, so Michael Jackson and Stevie Wonder and all of those sounds and souls of Motown filled the house.”

In the same light, the rap prodigy would often wake up before anyone else and proceed to the kitchen, not for an urgent need to have breakfast but to rhythmically hit on a table with his palms.

It wasn’t long before Jay-Z’s mother boosted his passion for music by procuring him a boombox.

Jay-Z’s uninterrupted flow of a healthy and passion-driven life was first hampered by his father’s ill-advised decision to leave the family while seeking vengeance for the death of his younger brother and Jay-Z’s uncle, Ray.

Reeves (Jay-Z’s father) became stressed in his vengeful quest and not long after, became addicted to drugs and alcohol.

“My papa left the house in search of the killer of my Uncle Ray…he was in so much pain that he started using drugs and became a different person.

So I understand that the trauma of the event, coupled with the drugs, caused him to lose his soul.”

Jay-Z was only 11 years of age when his father left the family. He was thereafter raised by his mother who saw to the continuation of his academic and intellectual development.

The youngster was first enrolled at Eli Whitney High School in Brooklyn and was after a short while, transferred to George Westinghouse Career and Technical Education High School.

It was during the period that financial hardship, coupled with the 12-year-old resentment over abandonment by his once loving father, took a toll on Jay-Z who reportedly shot his brother Eric in the shoulder for stealing his jewellery.

Nicknamed Jazzy and known for freestyling at the time, Jay-Z was transferred to Trenton Central High School in New Jersey.

He studied at the school for a while before dropping out to become a drug pusher and was reportedly shot at by the police on three different occasions.

Notwithstanding, Jay-Z stuck with music and in 1989 developed a close relationship with rapper, Jaz-O who put him through the ropes of rapping and together, worked on a number of projects in the late 1980s and early 1990s.

It was during the period that Jay Z culled the stage name “Jay-Z” from his nickname Jazzy and a J/Z subway station near his Brooklyn home.

Having acquired considerable relevance in the hip-hop community, Jay-Z expected record labels to make him an offer but ended up waiting in vain.

Frustrated by the development, Jay-Z sold CD’s out of his car in 1995 and used the proceeds to create Roc-A-Fella Records label in collaboration with his friends Damon Dash and Kareem Biggs.

He notes of the decision.

Jay-Z hit the ground running after the creation of Roc-A-Fella Records by releasing his debut album, “Reasonable Doubt” in 1996.

The album, which was warmly received by critics reached number 23 on the US Billboard and afforded Jay-Z an opportunity to clinch a distribution deal with Def Jam Records in 1997.

The newly secured distribution deal helped Jay-Z to record a bigger success with the release of his follow up album, “In My Lifetime, Vol. 1”.

It wasn’t until a year later that he recorded his major breakthrough with the release of his album “Vol. 2… Hard Knock Life”.

The album which would be eventually considered as Jay-Z’s most commercially successful album was certified 5× Platinum in the United States, won a Grammy Award and has to date sold no fewer than five million copies!.

Jay Z is a married Man. We bring you factual details about his dating history including how he met and married his wife Beyonce Knowles.

First was his relationship with American Personality Carmen Bryan between 1997-1999.

The duo’s relationship caught public attention owing to the fact that Carmen dated both Jay-Z and Rapper Nas at the same time, sparking a war of words and feuds between both artists and their respective record labels.

Subsequent relationship saw Jay-Z date rapper Lil’ Kim between 1998-2000 and had a romantic stint with the singer, Aaliyah, who died two years later in 2001.

Moving on, Jay-Z was involved in another wave of flings with actress Rosario Dawson, model Shenelle Scott and Blu Cantrell all between 2000-2001.

The Billion-Dollar Couple met between 1997 to 2000 at a time when Beyonce was still a member of Destiny’s Child.

she revealed to Glamour.

They became a very close pair, with Beyonce playing the role of Jay-Z’s girlfriend in the music video “Bonnie & Clyde” in 2002.

The lovebirds took their relationship to the next level by getting engaged in May 2005, after which they tied the knot 3 years later on the 4th of April 2008.

Jay-Z was born into a family of 6. We bring you factual details about members of his family.

Adnis Reeves is the father of the hip hop rapper. He left the family when Jay-Z was only 11 years old and had several years of strained relationship with him.

They, however, got reconciled decades later before Reeves passed away in 2003.

“Pop died. Didn’t cry. Didn’t know him that well… Standing at the church, pretending to be hurt wouldn’t work / So a smirk was all on my face / Like, ‘Damn, that man’s face is just like my face’ /So Pop, I forgive you for all the shit that I lived through.

I’m just glad we got to see each other, talk, and re-meet each other. Save a place in heaven ’til the next time we meet…”

Remarked Jay-Z in his track” Moment of Clarity,” The Black Album, 2003.

Gloria Carter is the is the strong mother who took over the reins of parenting after her husband abandoned the family.

She achieved this by working as a clerk at an investment company until Jay-Z had his breakthrough as an artist.

Gloria remained under the radar until 2017 when she came out of the closet to declare being homos3xual.

Andrea is a corrections officer at Rickers Island, a vocation that suits her stature. On the other hand, little is known about Michelle who lives an extremely private life.

Eric is the only brother to Jay Z. He survived a gunshot injury in his shoulder after Jay-Z shot him for alleged jewellery theft.

He luckily survived and thereafter maintained a good relationship with his younger brother.

Carter”. Jay-Z was handed 3-year probation and never had issues with the law again.

Beginning with his endorsement deals with Duracell, Budweiser, and Samsung, among others. 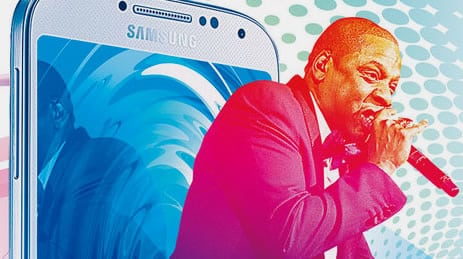 Jay-Z is a thoughtful and influential rapper who believes that attaining fame does not end one’s story, neither does it solve all of one’s problems.

Little wonder the richest hip hop artist in the world has been able to keep himself clear of grave controversies, knowing fully well that fortune can also become a life-destroying twist.

The advocate of Free Speech and Thought is of the opinion that modern technology erodes a fundamental sense of self as well as destroys one’s ability to think clearly and create original art or music.

Nonetheless, he moves along with changing times and is famed for cashing in on evolving technologies. 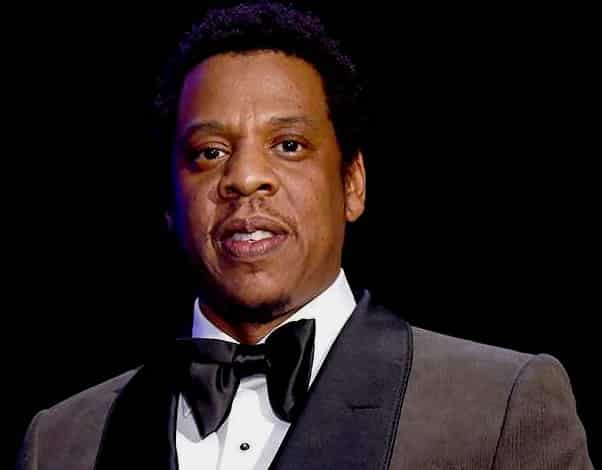 Most importantly, he had a first-hand experience of the burden called poverty and has been involved in numerous philanthropic endeavours ever since he rose to fame.

He also owns the Shawn Carter Foundation, which offers scholarships to underprivileged kids among other philanthropic endeavours.

Jay-Z and his wife, Beyonce have a combined net worth of $1.1 billion and are greatly involved in real estate.

As a result, they both have numerous luxurious houses with the latest addition being a 2-acre hillside estate in Bel Air that is worth $88 million!.

Suffice to note that Jay-Z lives like a king and has awesome car collections worth $5.5 billion to match his refined taste. They include brands produced by Mercedes, Porsche, Ferraris and Rolls Royce.

READ:
Lil Tjay Childhood Story Plus Untold Biography Facts
Appreciation Note:
Thanks for reading our Jay-Z Childhood Story, plus untold biography facts.
Here at childhood biography, we strive for accuracy and fairness in our quest to deliver you the Biographies of Singers.
Please stay tuned for more! The Life History of Zayn Malik and Jennie Kim will excite you.
If you see something that doesn’t look right in this article, please place your comment or contact us!