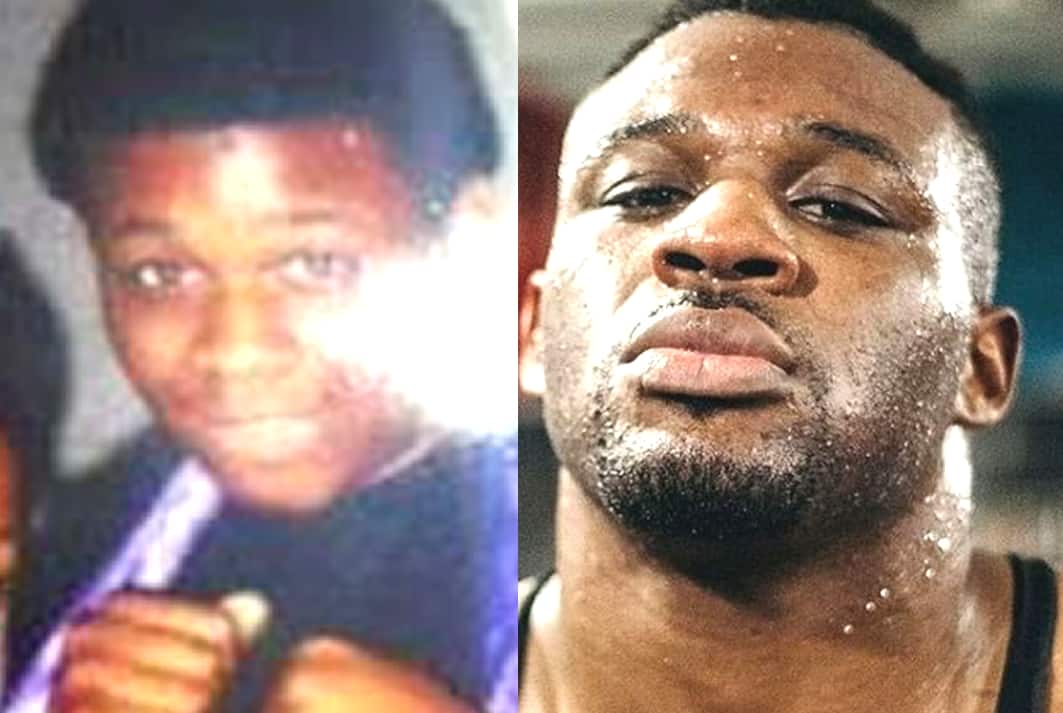 Childhood Biography presents the Full Story of an American professional boxer who is best known with the nickname “Big Baby“.

Our Jarrell Miller Childhood Story plus Untold Biography Facts brings you a full account of notable events from his childhood time to date.

Yes, everyone knows he is one of the world’s best active boxers. However, only a few consider Jarrell Miller’s biography, which is quite interesting. Now, without further ado, let’s begin.

For Biography starters, Jarrell King Miller was born on the 15th day of July 1988 in Brooklyn in New York, United States. He was born to a Caribbean mother and to a Latin American father.

The American national of mixed ethnicity with Dominican, Haitian and Irish roots was first raised at Bedford-Stuyvesant neighbourhood of Brooklyn, where he spent the first two years of life.

He was thereafter raised by members of his family in Belize in Central America for five years before returning to Brooklyn.

Young Miller was, for the most part of his childhood, a quiet but angry kid who would not hesitate to pick up fights whenever he felt offended.

At the peak of such fights, he was expelled from junior high school in Brooklyn for inflicting serious injuries on a fellow pupil. According to Miller:

‘This kid tried to charge at me, and I did this football move on him, a chop block. I dived into his knee and he flipped over onto his back, and he was a bit f***** up’.

As a result, the boxing prodigy was sent to live with his aunt in Canada. Miller spent two years in the country where he was relaxed and developed a love for music before returning to his turf at Brooklyn.

Miller attended many schools in light of his globe-trotting childhood. Notable among the schools is Thomas Edison High School in New York.

Long before Miller graduated from the school, he learnt Muay Thai boxing when he was aged 14 at a Gym in Brooklyn. Speaking about the reasons behind the training, Miller explained that:

“Part of it was wanting to be able to fight,’ he says. ’I had it in my head from before Canada that I needed to learn to fight and to be able to defend myself against more than one person”.

Subsequent academic endeavours saw Miller attend Borough of Manhattan Community College where he studied for two semesters before deciding to concentrate on boxing.

Miller started with practising Muay Thai when he was 14 before transitioning to amateur Kickboxing.

After achieving a spotless record of 14-0,7 KO’s, He turned professional in 2006 and went on to win the kickboxing Eastern & Western Conference Finals at San Antonio, Texas in 2008.

At the zenith of his kickboxing career, Miller became a fan’s favourite in 2012 and recorded just two losses in his entire professional record of 21-2, 9 KOs.

Miller was still a professional kickboxer when he made his foray into amateur boxing in 2007.

His first fight as an amateur was the only loss he recorded in his 10-1 amateur record before he turned pro on the 18th of July 2009.

The Brooklynite’s first two fights as a professional saw him defeat an experienced Darius Whitson before knocking out Isaac Villanueva.

A fiery Miller maintained his winning streak until he held a draw with Joey Dawejko at the Mohegan Sun Casino in Uncasville, Connecticut.

Miller went on winning fight after fight and slowly began to get media attention with each victorious fight. In addition, he witnessed a significant rise in his rankings by WBO, WBA and IBF.

He finally had the best of a breakthrough moment when he defeated Johann Duhaupas on the 28th of April 2018.

With the victory, Miller became the WBA mandatory challenger and challenged Anthony Joshua to fight him in Brooklyn. The rest, as they say, is history.

Jarell Miller is not married but has in the course of his career, had romantic engagements with a number of ladies.

However, it is his past relationship with Deontay Wilder’s girlfriend, Telli Swift, that made headlines.

Telli is a young Asian (Filipino) who used to be with Miller before she fell in love with Deontay Wilder.

Though she already has a son with Wilder, Miller is not one to let go as he hopes to get back with her. Meanwhile, Miller is the father of a son born to him by an unknown mother.

Miller was born into a complicated family. We bring you factual details about members of his family.

Miller was born to a Latin American father who left the family when he was young. As a result, he was raised by a stepfather who partly saw to his upbringing.

Miller had a shaky relationship with his stepfather and once pinned him against the wall because he was harsh with the boxer’s mother.

Miller has a caring mother of Caribbean descent. It is through his mother’s bloodline that Miller claims to have an Irish – white grandfather. Miller’s mother has been of great support to him right from cradle to date.

It was she who sent the boxer to live with his aunt in Canada and continue with his education after being expelled from junior high school in Brooklyn.

Miller claims to have about twenty-five siblings, of which no fewer than 15 were born to his estranged biological father.

In addition, he considers the five kids of his older brother Greg as his siblings.

The reason for counting his nephews as siblings are not unconnected to the fact that his older brother partly raised him with them while he was a kid. The boxer also has sisters whom he grew up protecting.

What do you know of Jerrell Miller’s persona beyond his in-ring endeavours? Sit back as we bring makings of his personality to help you get a complete picture of him.

Starting off, Miller has a funny persona, and he is much given to self-deprecation.

The bi-racial boxer who weighs close to 300 pounds with a near protruding stomach does not mind telling people that he eats 300 cheeseburgers annually just to ensure that maintaining his six-pack abs becomes a more challenging endeavour.

In addition, he is personable and outgoing. He loves talking, a trait which makes him an impressive self-promoter.

What’s more? Miller describes himself as a big kid at heart and admits that food especially cheeseburgers, makes him happy. He is also passionate about politics and has high regard for family.

Although Miller’s net worth is still under review, he has given enough clues of living an enviable lifestyle.  Testimonies of his great wealth are the luxurious houses he has scattered around America.

In addition, he has an exquisite collection of cars that soothes his ego and announces his presence as the king of his turf and ring. The cars include but are not limited to Ferraris, McLarens, Aston Martins etc.

He first worked in a car dealership for six months before working as security for three years, He has also worked as a bouncer, a driver and at pharmaceuticals. Above all, he considers his work with Dunkin Donuts to be his first proper job.

He owns and runs a martial arts school as well as a company known as Big Baby Trucking Company.

The company offers haulage services through the utilization of two 18-wheeler trucks. In addition, he is a co-owner of gyms at Astoria, Queens and Long Island. He also hopes to open more gyms for profit and non-profit reasons.

He adopted the nickname “Big Baby” and turned up for fights in a nappy during the early days of his boxing career.

The development came after his first manager’s recommendation and foresight that the gimmick would get him enough publicity. Thus, Miller continues to honour his name by appearing wearing a nappy and sucking on a dummy.

Thanks for reading our Jarrell Miller Childhood Story, plus untold biography facts.

At childhood biography, we strive for accuracy and fairness in our quest to deliver the childhood stories of Professional Boxers. If you see something that doesn’t look right in this article, please place your comment or contact us!