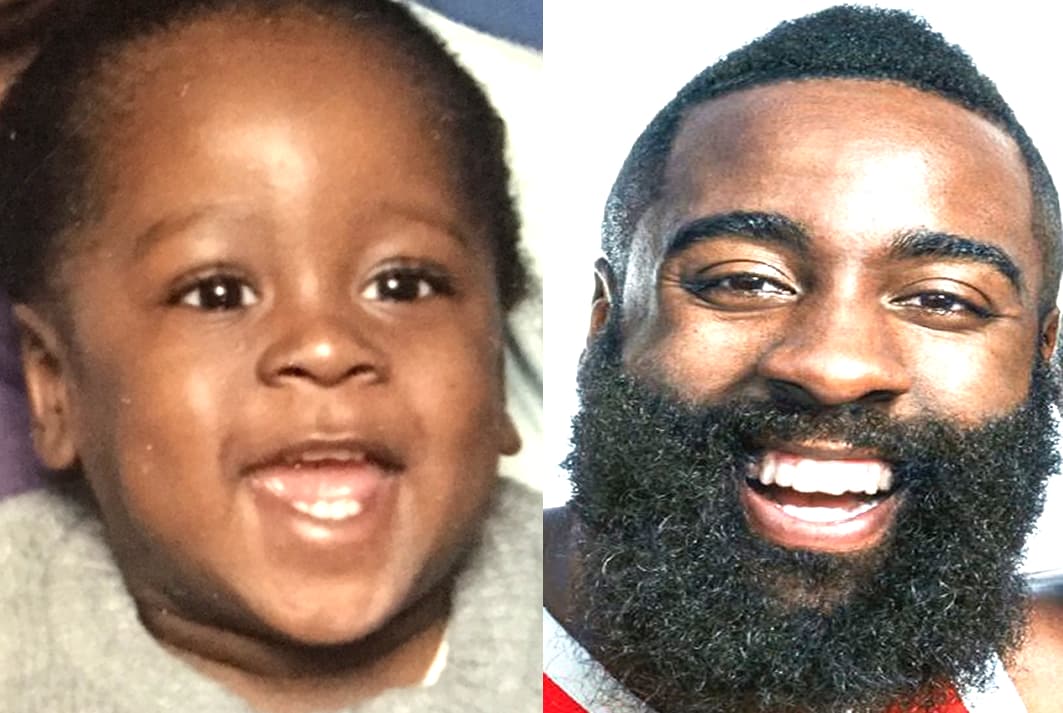 Childhood Biography presents the Full Story of an American Basketball Player best known by the nickname “The Beard“.

Our James Harden Childhood Story plus Untold Biography Facts brings you a full account of notable events from his childhood time to date.

Yes, everyone knows of his prominent beard and stellar play. However, only a few consider James Harden’s Biography, which is quite interesting. Now, without further ado, let’s begin.

NBA Legend, James Edward Harden was born on the 26th day of August 1969 at Bellflower in California, United States.

He was born to his mother Monja Wills and to his father James Harden Sr (a Naval seaman at the time).

Regarding his family background, Harden is an American national of African-American ethnicity with Afro-American roots.

Young Harden grew up at the notorious neighbourhood of Compton in California alongside his older sister Arnique Jelks and half-brother Akili Roberson. 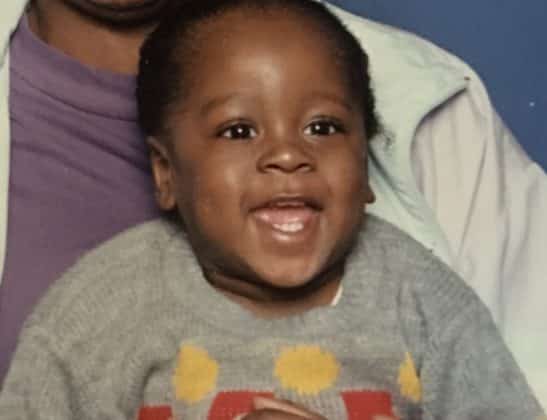 The basketball prodigy spent most part of his childhood growing up without a father figure as James Harden Sr drifted into drugs and spent a lot of time in jail.

Harden was therefore raised by his mother, who sought the help of sports to help steer his interests from criminal activities which Compton was characterized of at the time.

“He started out playing baseball. I took him to a [basketball] gym and he was too young to do the fundamentals.

He could shoot, he just couldn’t do the fundamentals, so he didn’t want to do that.

‘Mom, I don’t want to do that.’ OK, you’re not ready. I put him on baseball for about three years”.

Said Willis of her son’s first choice of sports.

The youngster fell in love with Basketball a few years later after playing for a park and recreation team in nearby Watts.

So much was his love for the sport that he carried a basketball around as if it was his job. 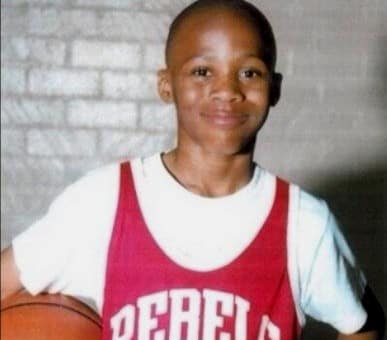 He thereafter declared total commitment to the sport, envisaging what the future had in stock for him in a written note to his mother.

“Could u leave me a couple of dollars. P.S. Keep this paper. I will be a star.”

While at Artesia High, Harden played for the school’s team-leading them to the California state title during his junior and senior years. 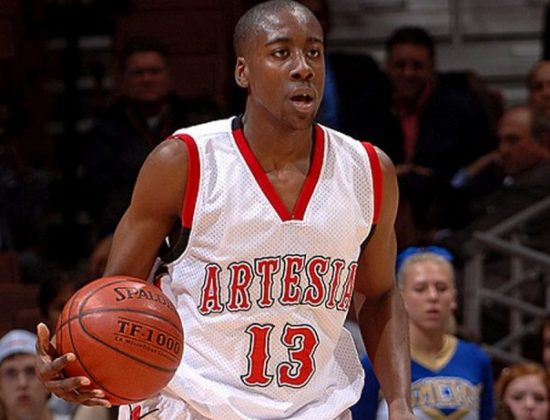 The rest of his early achievements include being named a McDonald’s All-American and bagging second-team All-American honours.

Upon graduation, Harden enrolled in Arizona State University where he had his college career with Arizona State.

It was at Arizona State that Harden consolidated on his high school records with honours that include being named to first-team All-Pac-10, the conference all-freshman team as well as the first team All-District by NABC and USBWA. 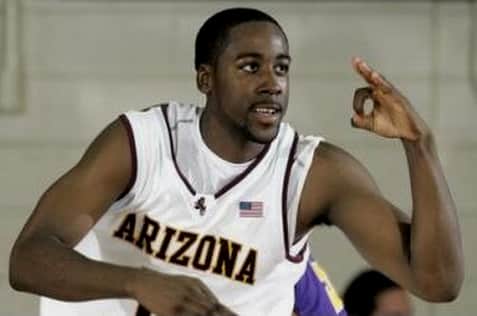 He brought his sophomore season to an end by declaring for the 2009 NBA draft and was selected by Oklahoma City Thunder as their third overall pick.

Fast forward to date Harden is regarded as one among dangerous scorers with technical abilities in the NBA. 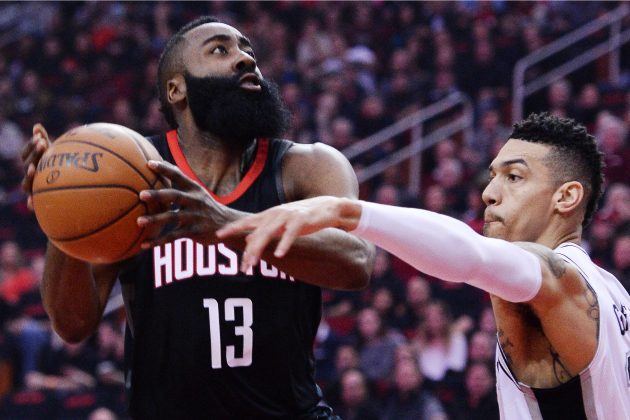 Harden has been romantically linked to a number of women, including rapper Trina, and American personality, Amber Rose.

However, Harden’s significant romance story starts from his relationship with Khloé Kardashian beginning from the summer of 2015. 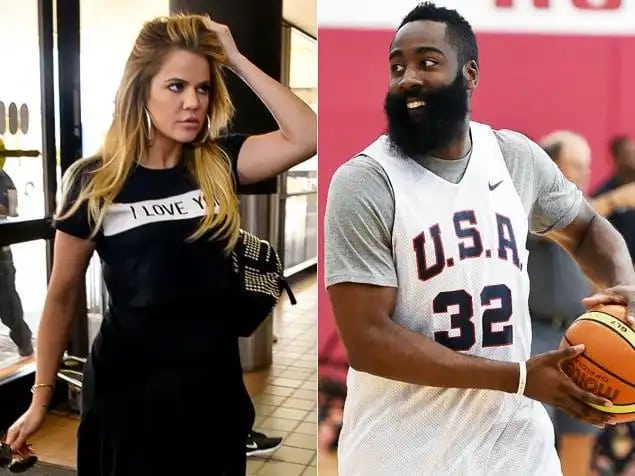 The relationship turned out to be more than what Harden bargained for as he was caught up in the centre of media attention that didn’t go well with his soft-spoken demeanour.

The duo called it quits in early 2016 with Harden retreating to his den of privacy and Khloe courting the attention she craves.

The basketball player is currently dating famous R&B songstress, Ashanti. The lovebirds who started dating in May 2016 have been spotted together a number of times with Ashanti attending a few of Harden’s games. 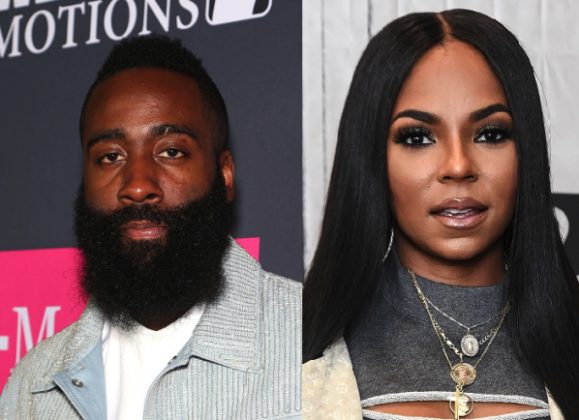 Harden was born into a family of five. We’ll bring you factual details about members of this family.

James Harden Sr is the father of the basketball player. He was a naval seaman who drifted into drugs and spent a lot of time in Jail. Consequently, he was missing for the better part of Harden’s childhood. 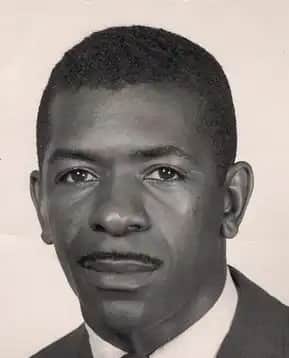 Although he later showed at Harden’s high school games, the basketball player has no interest in his father and to this day, refuses to use Jr. when he writing his name.

Monja Wills is Harden’s mother and the celebrated member of the family.

She worked as an administrator with AT&T in Pasadena, a job which she managed well with giving her Kids tough love and ensuring that she had “a relationship with them” by maintaining an open line of communication. 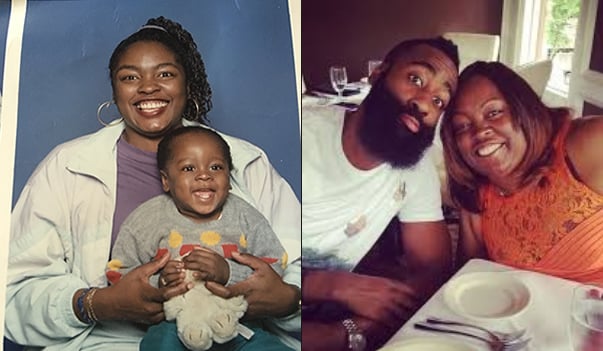 Far more rewarding was her decision to involve her kids in sports, an endeavour which not only helped keep them from trouble but made her household a name to reckon with in the world of sports

“I always had something to do. I was playing T-ball at first. My mom always took me to practice after school. I was always on the move. I didn’t really have time to sit around and start hanging out with whoever.

After T-ball, I went to basketball, and after starting to play basketball, that’s when I fell in love with it. I just kept going. It was a cycle from here on out”.

Said Harden about his mom’s effort to keep him productively engaged.

Akili Roberson is a football player who was a star quarterback for Locke High School in South L.A. before proceeding to play for the University of Kansas. On the other hand, little is known about James sister Arnique Jelks

Harden has had an impressive professional career that constitutes low and high points, from becoming the first player in NBA history to score 60 points to kicking Lebron James in the nuts, the last is yet to be heard of his court performances.

Put the misdemeanour aside, Harden’s unique style and strong play have made him one of the NBA’s most marketable players who has numerous endorsements deals with brands that include BBVA, Panini, NBA 2K, Stance and New Era.

Others include the deals he signed with Beats, Foot Locker, State Farm, Electronic Arts, Trolli, BodyArmor and Adidas. 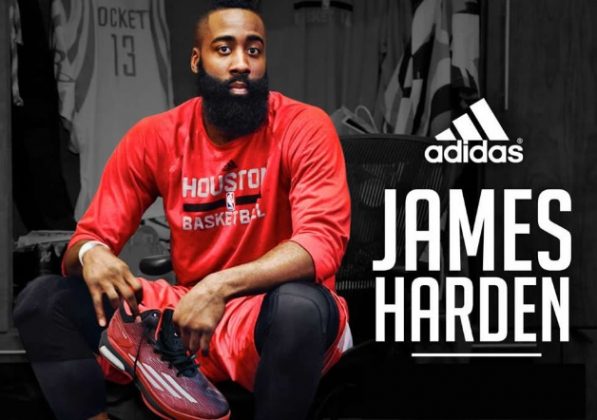 Harden is one among very few players in the NBA without tattoos. Asides from basketball he has interests in climbing and playing video games.

Looking at his impressive body build and beards, one would have no cause to believe that he used to be asthmatic during his childhood.

He was, however, able to get rid of the disease and much later began growing his trademark beards at college because he got tired of shaving. 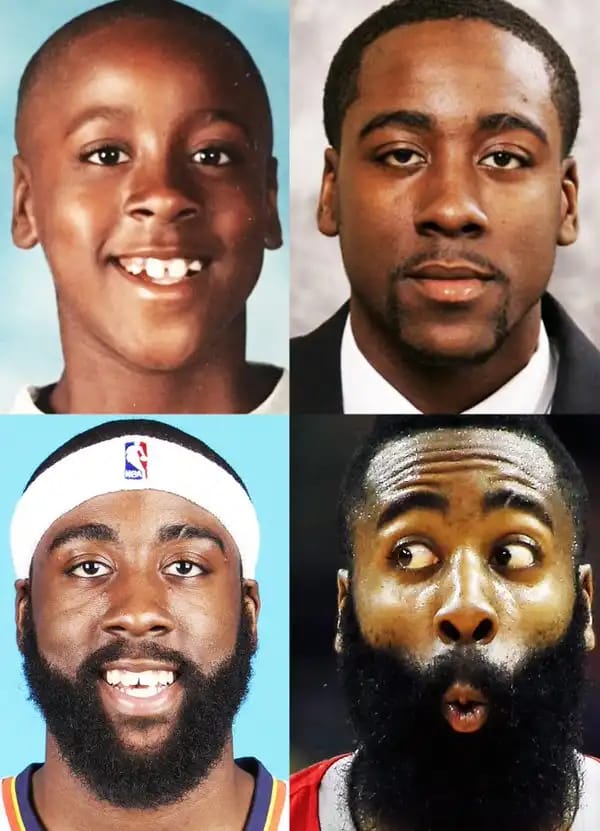 Regarding his social disposition, Harden never misses an opportunity to hang out with friends and taking fun photos of the good times he shares with them.

He is also a believer who wears a bracelet that states: In Jesus’ Name I Play. More so, he once took to Twitter to thank God after making an impressive record-setting debut for the Houston Rockets in 2013.

Blessed to see 24. Thanks God for everything he has done in my life. All I can do is keeping living.

Harden is living the dream life of many with his possession of a $2 million worth of house inside the Royal Oaks Country Club at Houston.

Added to that is a villa with a swimming pool in Palm Beach that costs $ 3 million. 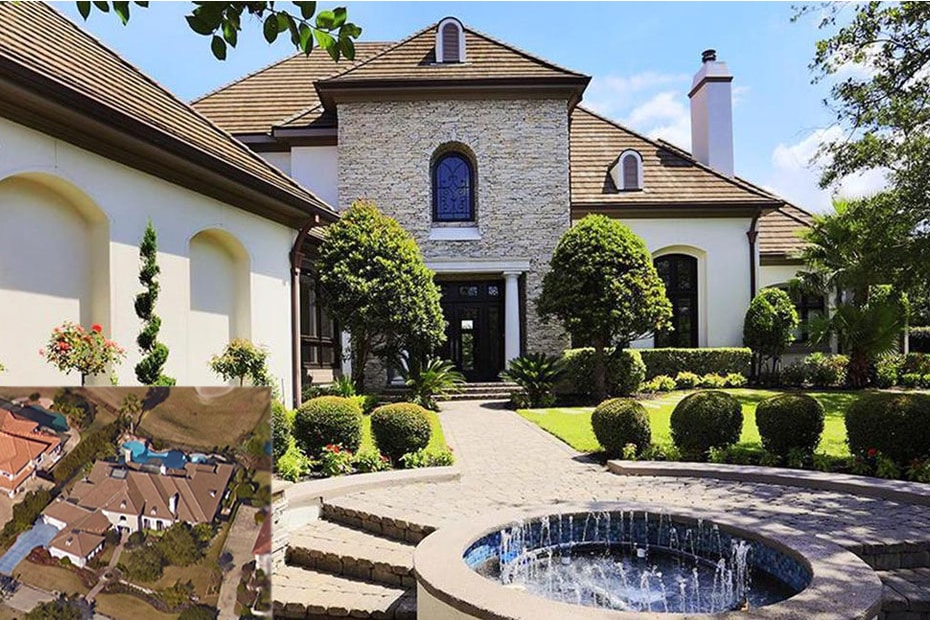 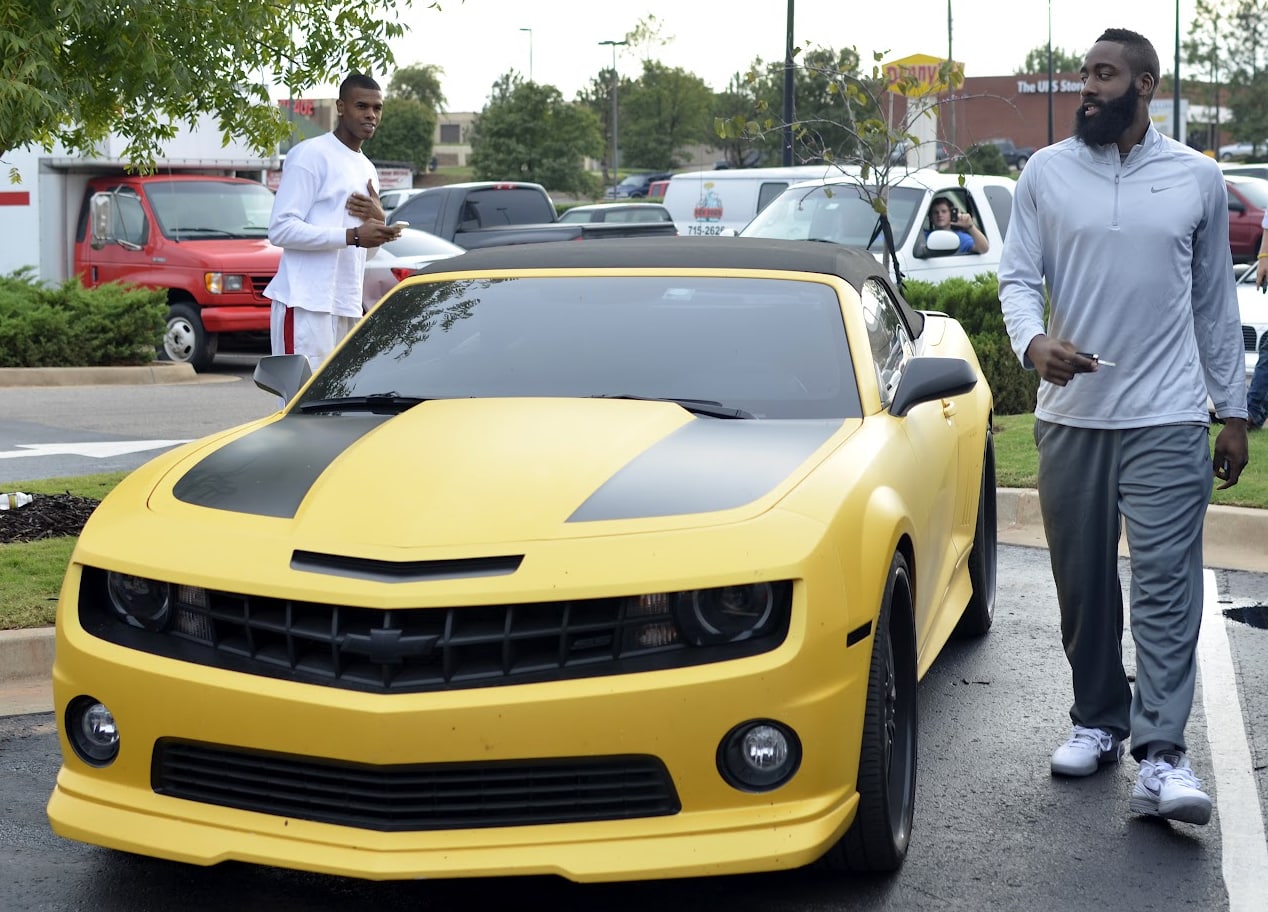 At childhood biography, we strive for accuracy and fairness while delivering the Biography of Basketball Players.

Stay tuned for more NBA players’ life stories from this category. You might find some interest in the Childhood stories of Kevin Durant, Trae Young, and Ja Morant. If you see something that doesn’t look right in this article, please place your comment or contact us!