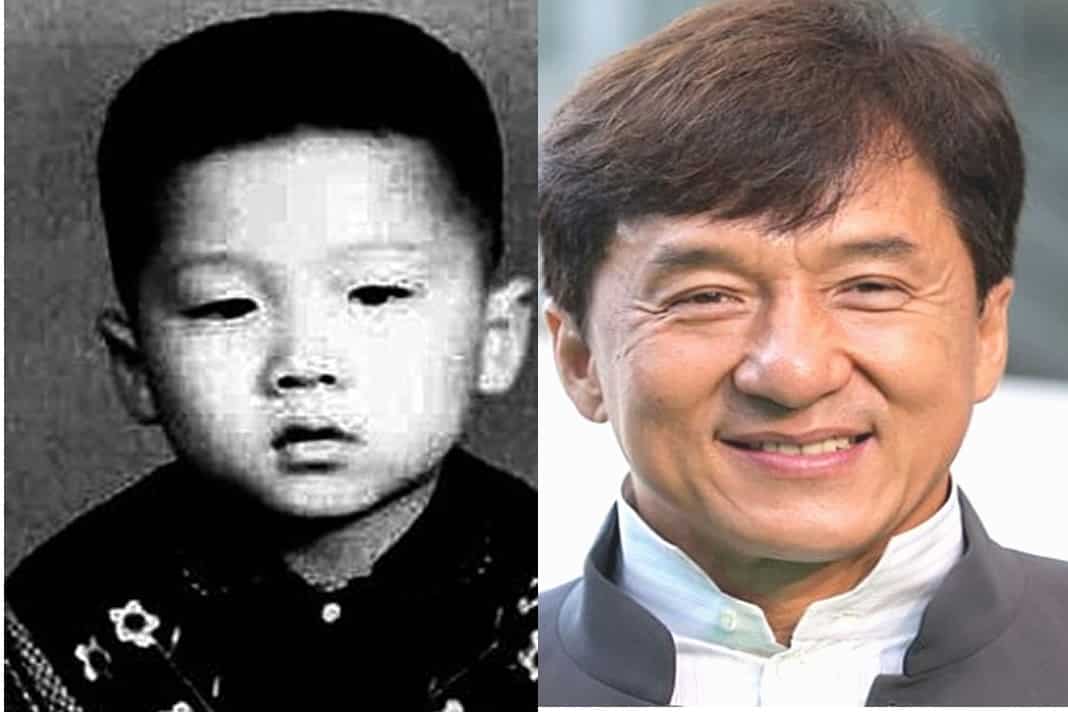 In a nutshell, this is a Life History of Jackie Chan, the Hong Kong martial artist, actor, stuntman, filmmaker, action choreographer, and singer. We begin from his boyhood days to when he became famous.

Yes, everyone knows about his painstaking roles in movies (similar to Jet Li), which fans all over the world adore. However, not many fans have read Jackie Chan’s Biography and struggle to stardom, which is quite interesting. Now, without further ado, let’s begin.

He was born to his mother Lee-Lee Chan who was a (housekeeper) and father Charles Chan, a (cook). His parents were refugees from the Chinese civil war who migrated to Hong Kong.

Little Chan, pictured above, spent his growing-up years as a foreign affairs resident. His mother nicknamed him “Pao-Pao” because he was energetic at birth.

Chan was apparently physically powerful even as an infant. When Jackie was young, his father would wake him up early in the morning, and together they would practice kung fu, and acrobatics.

From an educational point of view, Chan attended the Nah-Hwa Primary School on Hong Kong Island, where he failed his first year.

This prompted his parents to withdraw him from school. Following next was his father’s transfer to Australia to work as a head cook for the Australian embassy. This happened in 1960 when little Chan was six years old. 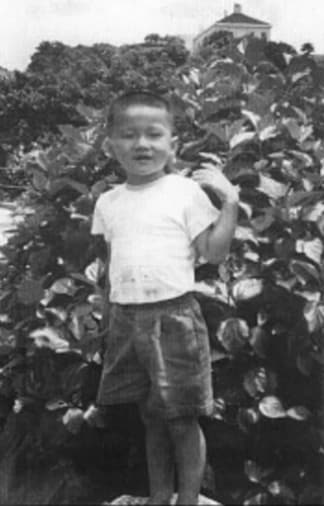 Before traveling to Australia, Chares Chan sent his little son to the China Drama Academy, where he began to study martial arts, drama, acrobatics, and singing.

He stayed there for the next ten years, which was memorable for him being subjected to stringent discipline, including corporal punishment again for poor performance.

Jackie improved after winning the mind of his teachers as he appeared in small roles in several dramas for his school, where he got his confidence back. 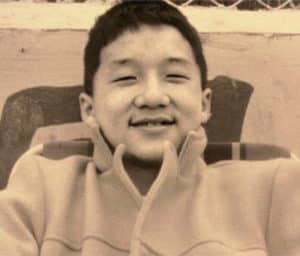 Back then, every kid who built a career in acting leaned on following the footstep of Lee Jun-fan, known professionally as Bruce Lee.

Chan would occasionally visit his parents in Australia, where he would do a part-time job. He got the name ‘Jackie’ while he was working as a construction worker in Canberra, Australia.

Chan began his film career as a stuntman in the Bruce Lee films, “Fist of Fury” and “Enter the Dragon”.

After Bruce Lee’s tragic, unexpected death in 1973, Chan was singled out as a likely successor of his mantle as the king of Hong Kong cinema. To that end, he starred in a string of kung fu movies. 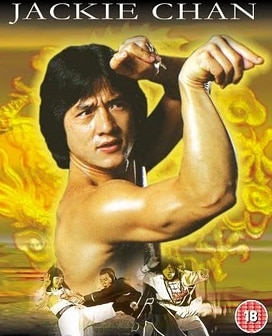 Chan had decided that he wanted to break out of the Lee mold, and so he created his own image and blended his martial arts abilities with impressive nerve.

Jackie Chan insisted on performing all of his own stunts, and he added a sense of screwball physical comedy to his acting. Chan indeed found his own formula for cinematic gold.

A year after the release of “Snake in the Eagle’s Shadow” in 1978, Chan took the Hong Kong film world by storm with his first so-called “kung fu comedy,” the now-classic Drunken Master. Since then, he has become a household name.  The rest, as they say, is now history.

In 1982, Chan married Taiwanese actress Lin Feng-jiao, also known as Joan Lin. They have one son, actor, and singer named Jaycee Chan, who was born in the same year of their marriage.

Although Jackie Chan didn’t want to leave his first wife, so he decided to provide child support (HK$350,000/month) to Elaine and Etta while resuming his married life with Lin Feng Jiao.

Many of his fans have said HK$350,000/month is an extravagant living expense. Jackie Chan later stopped providing support. However, Elaine decided she would take care of her daughter without Chan.

This section of the Legendary actor’s Bio tells you more about members of his household. Without further ado, let’s begin.

Charles Chan, the father of Jackie Chan, was born in 1914 in Anhui, China as Fong Dao-Long (or Fong Dou-Loong).

His father, Fang Zhengwen (Mandarin Pinyin), taught him martial arts at a very young age. When he was 16, Charles learned the Xiahong boxing style from Master Zhang in Shanghai, finishing when he was 19.

Due to being the father of Jackie Chan, Charles made a brief appearance in some of Chan’s films, such as Police Story 2.

He did not finish primary school reasons because he was too unruly in class and he should learn a trade through an apprenticeship.

Living in Australia for 40 years, Charlie Chan went from a head cook at the U.S. embassy to a successful local restaurant owner, though most of his final years were spent in Hong Kong with his actor son after his wife died.

Chan’s father Charlie died in a Hong Kong hospital on Feb. 26, aged 93, after battling prostate cancer. Chan brought his body back to Canberra, Australia, where he was laid to rest beside Lee Lee Chan, who died in 2002.

“It’s a hard day. I loved my father so much because he did so much for me when I was young. We had a very poor family and he left Hong Kong to support himself. He was just the greatest father for me,” a distraught Chan told reporters.

Lee-Lee Chan, also known as Lily Chan, is the mother of Jakie Chan. She was born circa 1916. Lee-Lee’s parents owned a grocery store, and her first husband worked as a shoe-maker, then later worked at a railroad station.

Her first husband was killed by bombs from Japanese air raids in Wuhan, and at the age of 28, she was left to single-handedly raise her two daughters, Yulan (who was 12 years old when her father died) and Guilan (four at the time).

Lee-Lee Chan died on 28 February 2002, in Canberra, Australia aged around 85, and was buried in the Gungahlin Cemetery.

Thanks for reading our Jackie Chan Childhood Story, plus untold biography facts. At ChildhoodBiography, we strive for accuracy and fairness in our routine of delivering the Biography of Famous Actors.