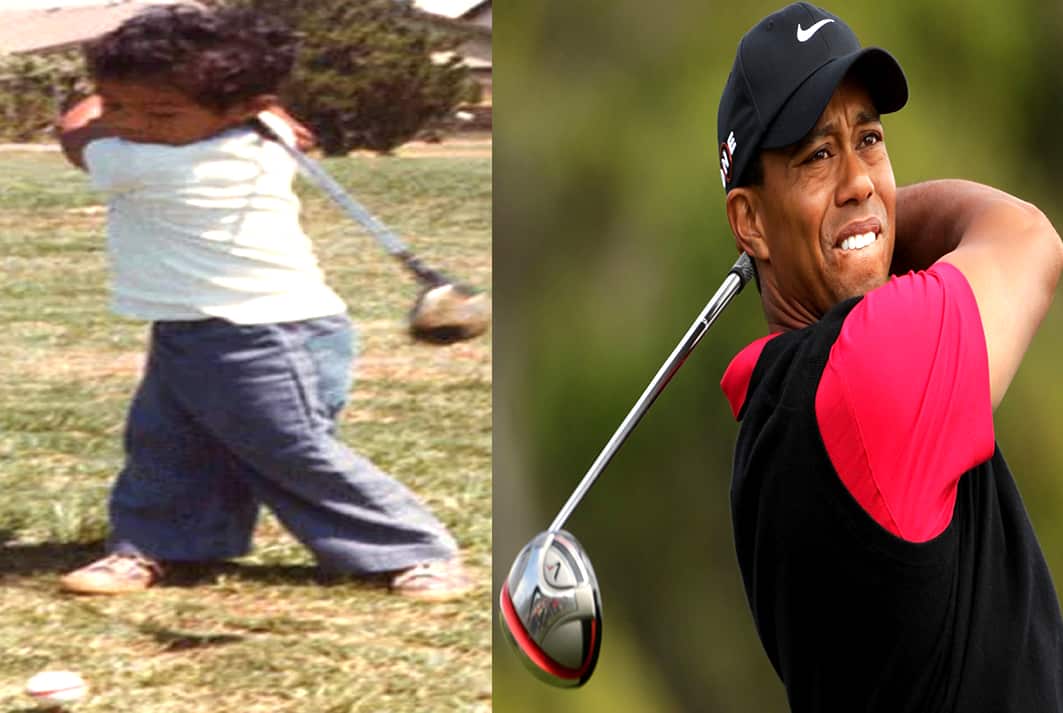 CB presents the Full Story of an American Golfer who is best known by the nickname “Mr T”. Our Tiger Woods Childhood Story plus Untold Biography Facts brings you a full account of notable events from his childhood time to date.

The analysis of Tiger Woods Biography involves his life story before fame, family life, parents, divorce story, lifestyle, personal life, net worth and many off-pitch facts about him.

Yes, everyone knows that he is among the most successful golfers of all time. However, only a few consider Tiger Wood’s Bio which is quite interesting. Now, without further ado, let’s begin.

Eldrick Tont Woods popularly known as Tiger Woods was born on the 30th day of December 1975 at Cypress, California, United States. He was born to his father, Earl Woods (a retired lieutenant colonel and Vietnam War veteran). 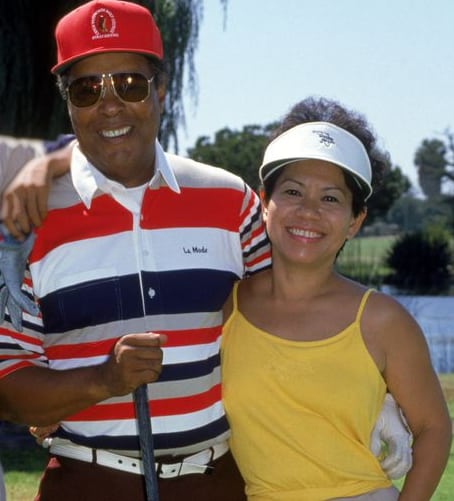 Growing up at Orange County in California, young Woods was a golf legend in the making. His father who was an amateur golf player introduced him to the game at a very young age.

It wasn’t long before the young golf prodigy developed an interest in the sport and enjoyed the privilege of having access to the Navy golf course at the Joint Forces Training Base in Los Alamitos. 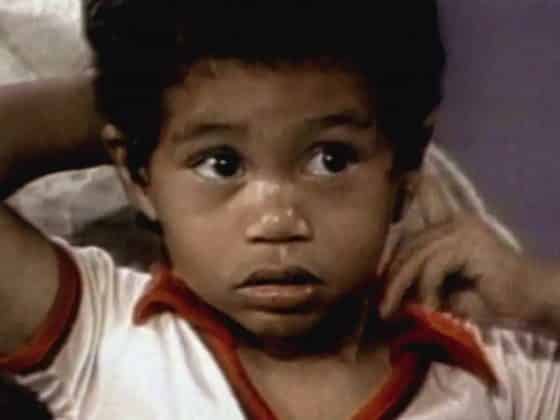 Subsequent golfing progress saw Woods play at other golf courses in Long Beach, California where he showed a considerable level of excellence for his age.

His father, Earl confessed that it was the beginning of the end for him (his father) when at the age of eleven, Woods defeated his father who was also a golf player. From then on, he never won a game against him (his son). 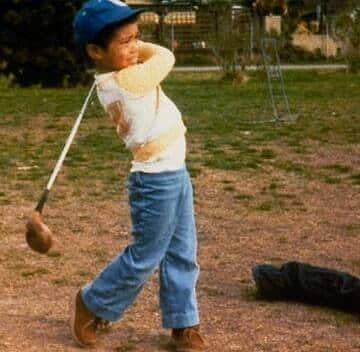 Woods attended Western High School in Anaheim, California where he actively participated in the school’s golf team under his coach, Don Crosby.

At age 15, he had already started breaking and setting records, winning medals and laurels for himself and his school as well. 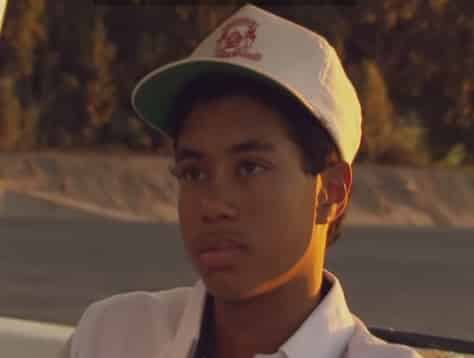 While graduating from Western High School at the age of 18 Woods was voted as the “Most Likely to Succeed” among the graduating set.

Recognizing his prolific and passionate interest at golf, Woods was sought to be enrolled by many colleges which were powers to reckon with in golf.

He eventually chose the 1994 NCAA champions, Stanford University in the fall of 1994 under a golf scholarship where he chose to major in Economics.

In September of that year, he won his first collegiate event, the 40th Annual William H. Tucker Invitational amongst other events which he won in subsequent years. 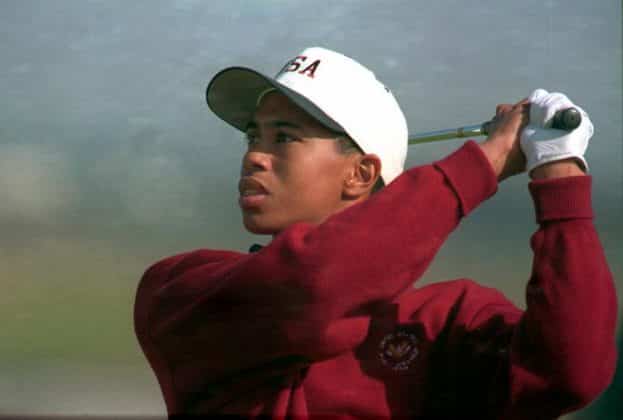 Woods was All through his College days, extensively involved in the game of golf, with his love and passion for the sport increasing with every game played.

He, however, dropped out of college two years after his enrollment in order to focus on becoming a professional golf player.

He eventually turned professional at the age of 20, in August 1996, won the Masters which was his first major at the age of 21, and became the youngest ever winner of the tournament in 1997.

Two months later, Woods rose to the No 1 spot, setting the record for the fastest rise in the Official World Golf Rankings. 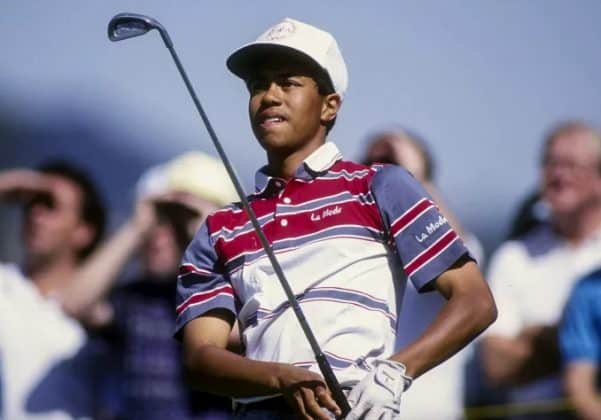 In the 1999 season, he finished with eight wins, which included the PGA Championship, a record that was not achieved Since 1974. From then onwards, his career went nowhere but up. The rest, as they say, is history. 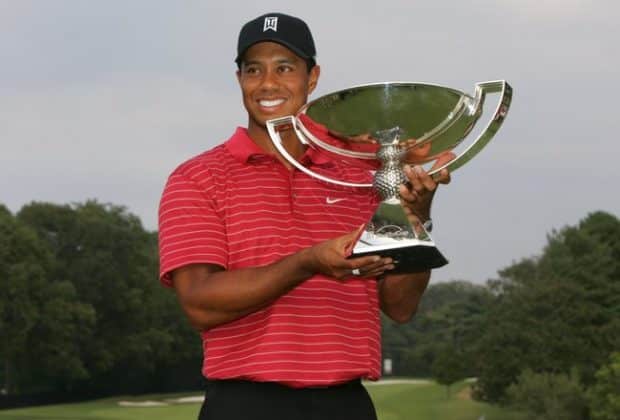 In November 2003 Woods got engaged to his Swedish girlfriend, Elin Nordegren who was a one-time model. They had met during the Open Championship in 2001 when a Swedish golfer Jesper Parnevik, employed her as a nanny. 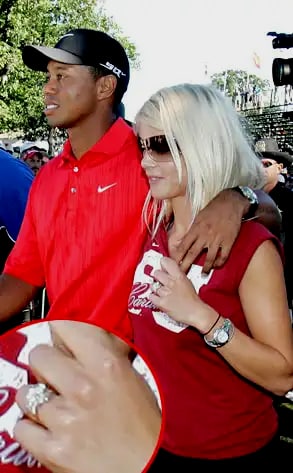 The couple exchanged marital vows on October 5, 2004, at a lavish wedding held at the Sandy Lane resort in the Caribbean island of Barbados. 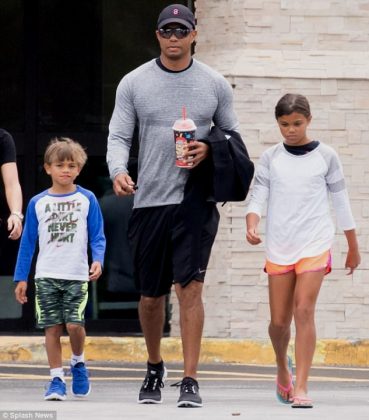 A year after his second child was born, Woods who was living happily with his wife and children began to experience hiccups in his marriage.

He was once reported to have been involved in an accident that saw the car he was driving crash into a fire hydrant, a tree, and several hedgerows near his home after he had a fight with his wife. 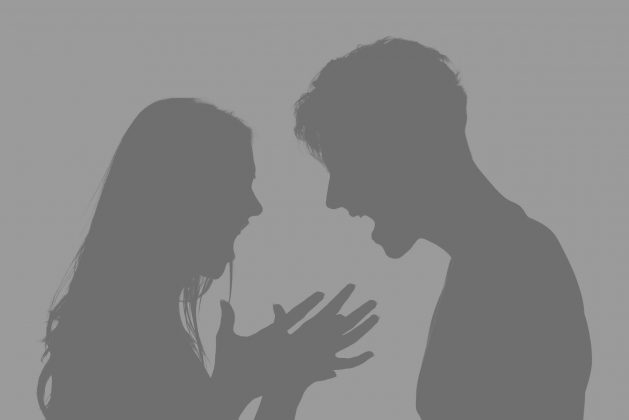 Several cases of infidelity were leveled against Woods when it was discovered that he had been keeping many affairs hidden from his wife as he had many mistresses in different locations.

The scandal led to a massive public embarrassment which saw him announce a break from golf competitions, as a result, he lost most of his endorsement and sponsorship deals. The whole scandal was estimated to have cost investors about $12 billion.

He, however, apologized for his behavior noting that,

“I thought I could get away with whatever I wanted to. I felt that I had worked hard my entire life and deserved to enjoy all the temptations around me. I felt I was entitled. Thanks to money and fame, I didn’t have to go far to find them. I was wrong. I was foolish.”

The couple got divorced on the 23rd of August 2010 after six years of marriage. Years later, Woods announced that he was in a relationship with Lindsey Vonn, a skier.

About His Father: Earl Woods, the father of Tiger Woods served in the United States Army from 1954 to 1974, retiring from active duty with the rank of Lieutenant Colonel.

He met Tiger’s mother in 1966 while stationed in Thailand after which they got married in 1969 in Brooklyn, New York.

Being an ardent lover of sports, Earl while in college played Basketball for Kansas State University.

During his college years, he was one of the first African-American athletes who competed in college basketball. He is also credited to have introduced the game of Golf to his son, Tiger. 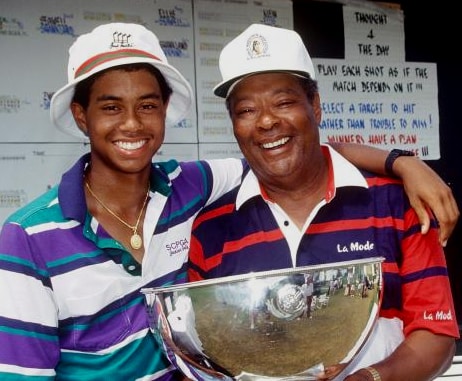 In 1998, he was diagnosed with prostate cancer, he died at his home in Cypress after he suffered a heart attack on May 3, 2006, and was buried at the Sunset Cemetery in Manhattan, Kansas.

About his Mother: Kultida Woods is the mother of Tiger Woods. She is from Thailand but is of mixed Thai, Chinese and Dutch ancestry.

She lives a very quiet life and is known to keep a very low profile. She was quoted to have said this about herself and woods in a profile written for a sports media outfit ESPN.

“I am a loner, and so is Tiger. We don’t waste time with people we don’t like. I don’t have many close friends. Never have. I am independent and strong-willed. That way, you survive.”

Kultida has always been supportive of her son’s endeavors, both on and off the course. She has been seen following him in the crowd, spending hours driving him to and fro tournaments.

She is also known to have influenced his wearing of Redshirts during the Finals. She felt it was his personal “power color” and wearing it would bring him luck which later turned out to be true considering his successes. 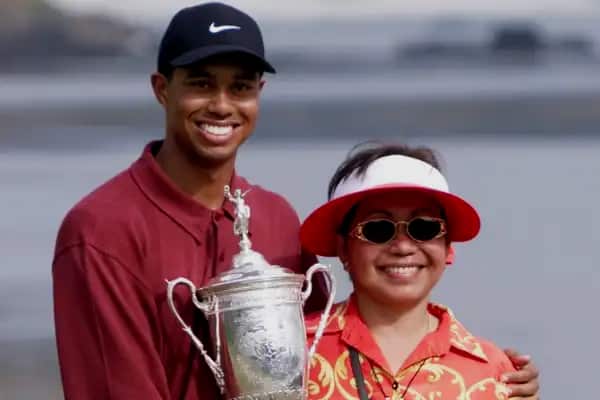 Tiger Woods Parents – The Big Parental Influence they had on him:

Speaking about the influence his parent had on him, Wood’s during an exclusive interview he granted in 2017 noted that,

“My dad was always the person who would plant seeds and give me encouragement but also would say things that would fester inside me that wouldn’t come to fruition for a while”. “He was very worldly and deep in his thinking”.

Woods mom was not left out as he gave insights into how she nurtured him to become who he is today.

My mom was the enforcer. My dad may have been in the Special Forces, but I was never afraid of him. My mom’s still here, and I’m still deathly afraid of her. She’s a very tough, tough old lady, very demanding. She was the hand, she was the one, I love her so much, but she was tough.

Woods, while growing up had a challenge in speaking. He stuttered as a boy. He, however, didn’t allow it to affect him emotionally and otherwise as he was able to deal with his insecurity effectively.

He had disclosed the problem when he wrote a letter to a boy who was feeling suicidal as a result of his speech challenge. In the letter, he had written woods revealed that

“I know what it’s like to be different and to sometimes not fit in. I also stuttered as a child and I would talk to my dog and he would sit there and listen until he fell asleep. I also took a class for two years to help me, and I finally learned to stop.”

It is worthwhile to note that Woods struggles with overcoming stuttering as a kid led to the establishment of the Tiger Woods Learning Center in 2006. The centre among other things enlightens kids on the role education plays in their future. 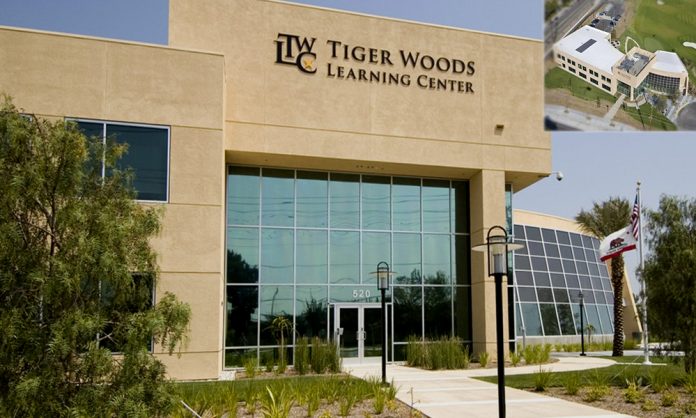 Tiger Woods, at a different time of his life, has been given different nicks. In fact, the name “Tiger” was given to him by his father in honor of a friend and South Vietnamese Colonel, Vuong Dang Phong who was also named Tiger.

Back in College, his teammate, Notah Begay III, nicknamed him “Urkel”. He is also known as “Righty” in some quarters.

FACT CHECK: Thanks for reading our Tiger Woods Childhood Story plus untold biography facts. At ChildhoodBiography, we strive for accuracy and fairness. If you see something that doesn’t look right in this article, please place your comment or contact us!